On Saturday 7th October I headed down to Castle Combe for their Autumn Classic. As usual got their quite early and parked up literally 20 metres from the track, which means there is no long slog back to the car at the end of a tiring day. Although lacking the grandeur of some other classic events, it has a real feel of a small friendly club event, devoid of any pretensions and much better for that. With plenty of viewing up close to the track and plenty of space meant that moving around was no problem at all, as, wherever you stopped there was an empty bit of fence, to view the action over. The Paddock was open to all as well, so you could see the machinery up close, but don't be fooled into thinking that this is a lower rated event, there was some serious machinery there being driven by serious racers, resulting in proper hard fought racing. 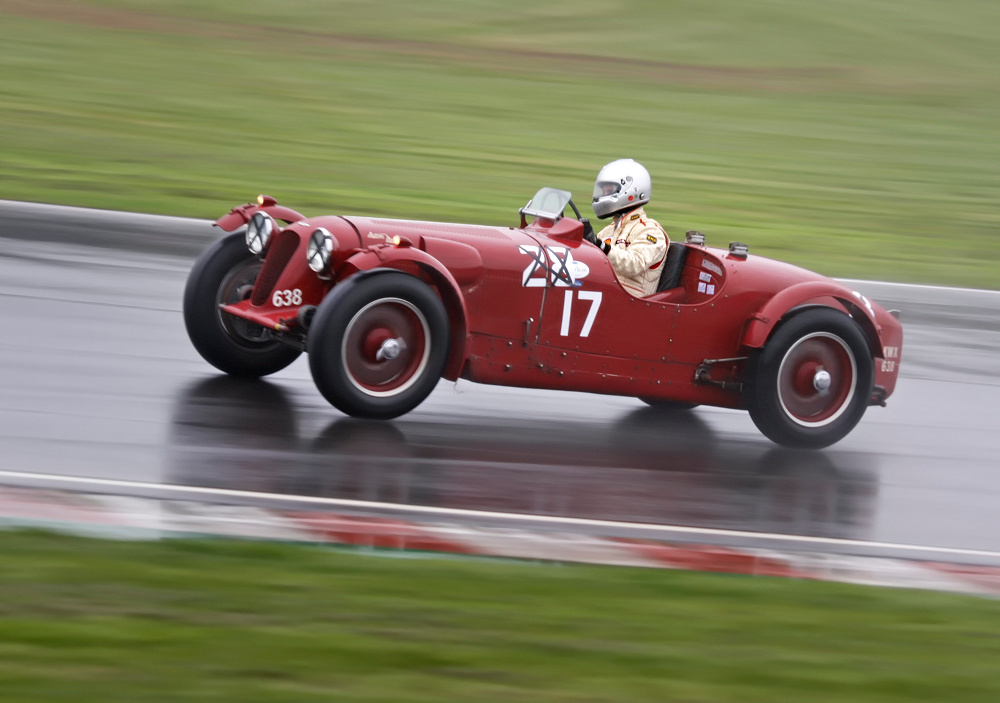 The Weather Forecast had predicted rain and for once they were accurate and the circuit was awash with water at the start of proceedings. 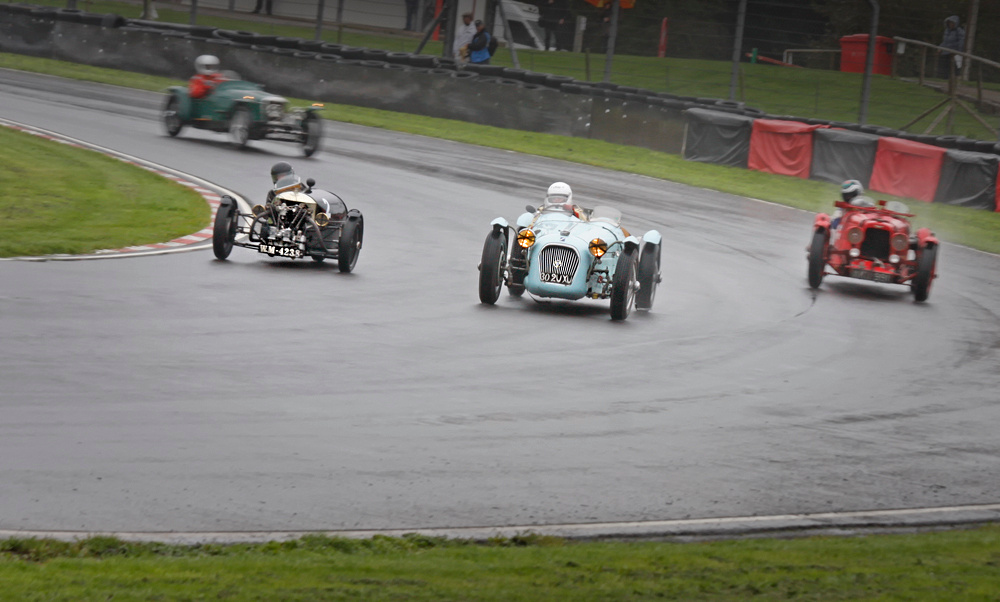 But no starting behind a safety car or sitting in the pits for this hardened bunch as they couldn't wait to get out and splash around. 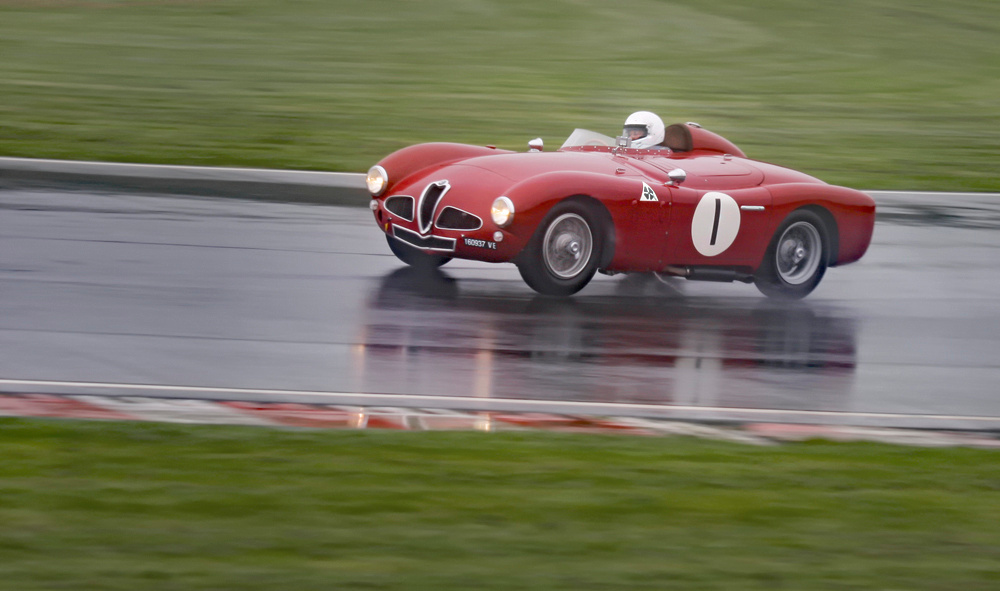 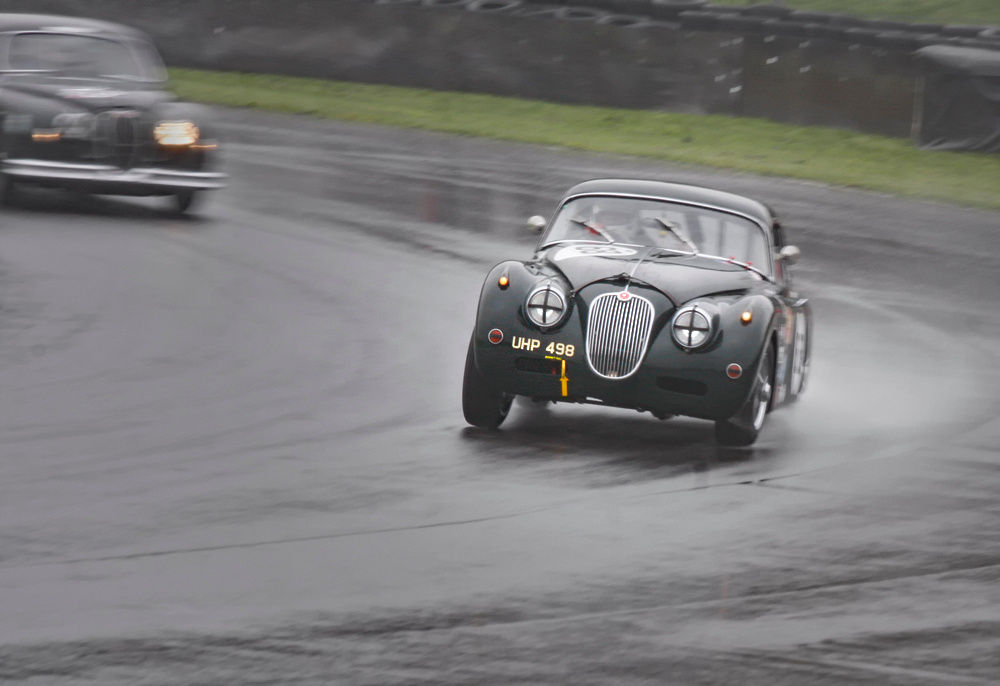 More suited to swimming in rather than driving on! 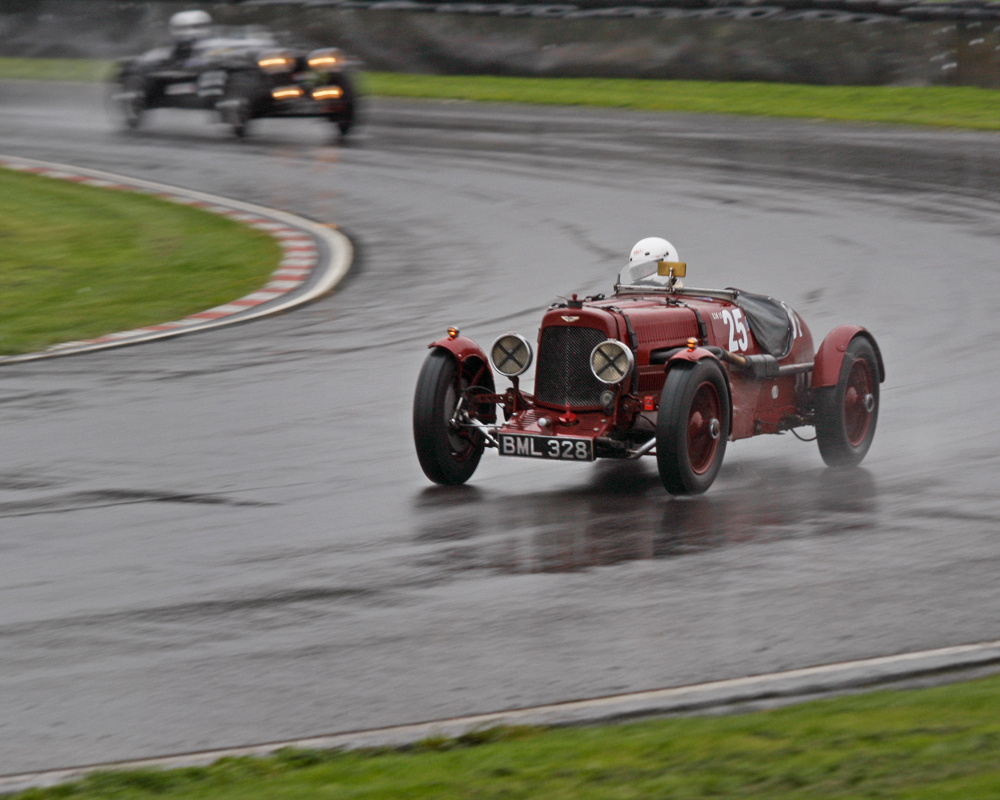 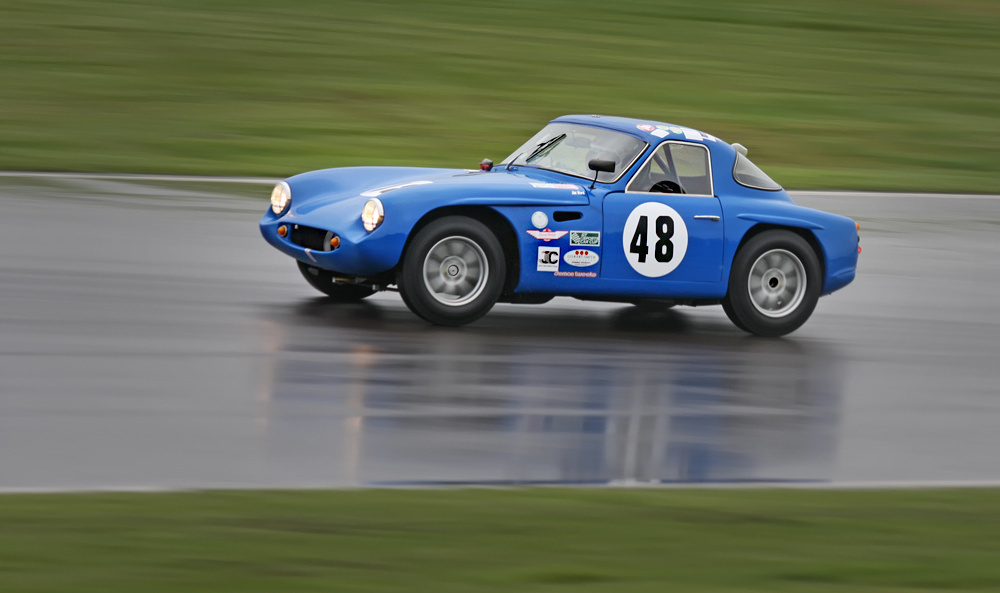 Almost floating on the water. 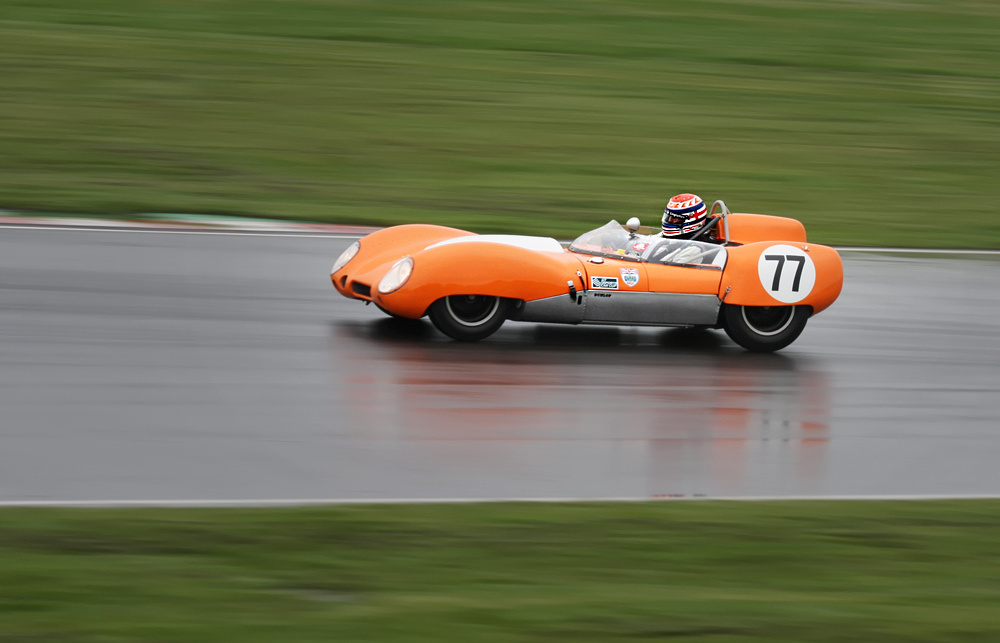 At least in the dark and gloomy conditions brightly coloured cars such as this stood out. 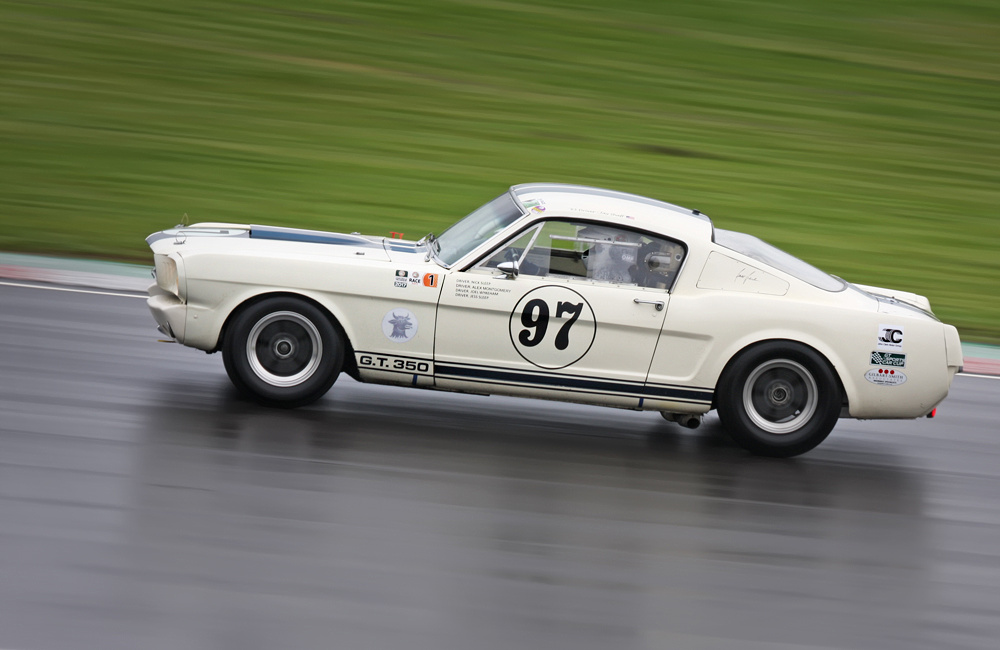 The mighty Mustang on a wet slippery track is really best only driven by the very brave! 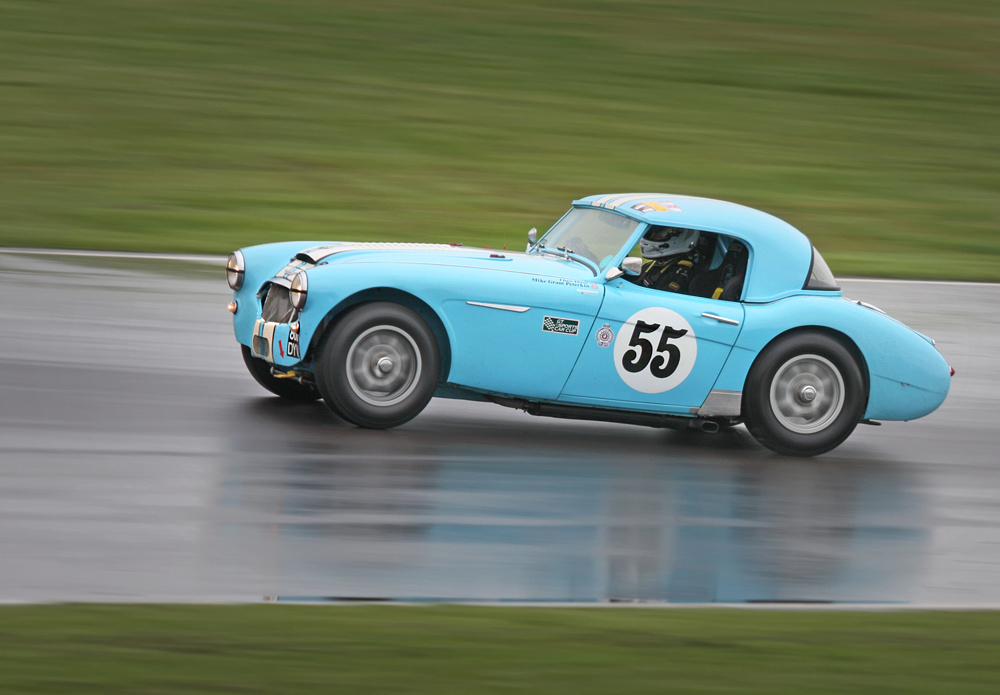 Accelerating hard out of the corner, hoping that the rear tyres find some grip. 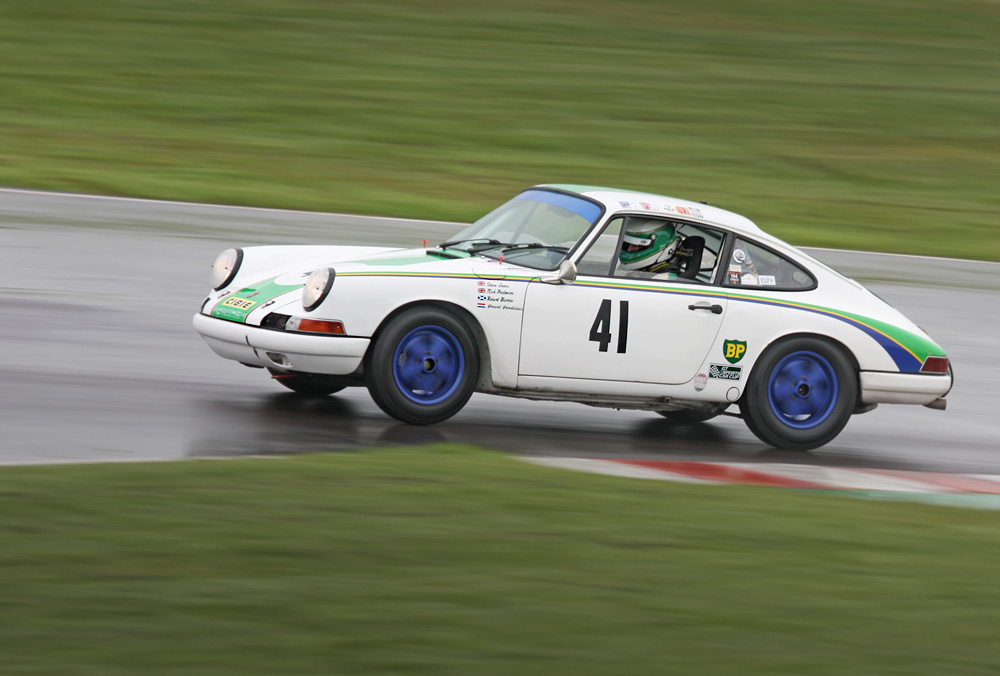 At least with the engine in the boot there is plenty of weight over the rear wheels to help traction.

Bombing down the straight.

At least the rain had stopped before this F1 car came out for a demonstration run. 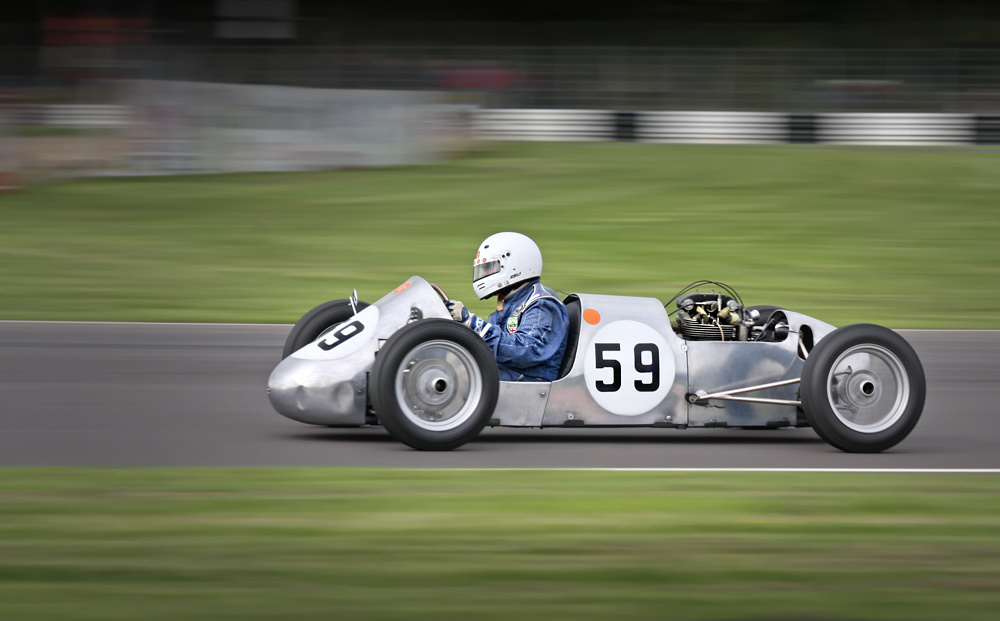 A fierce wind soon began to dry the track out, much to many of the driver's delight. Not all the machinery was of the more exotic type, but the commitment was every bit as great. 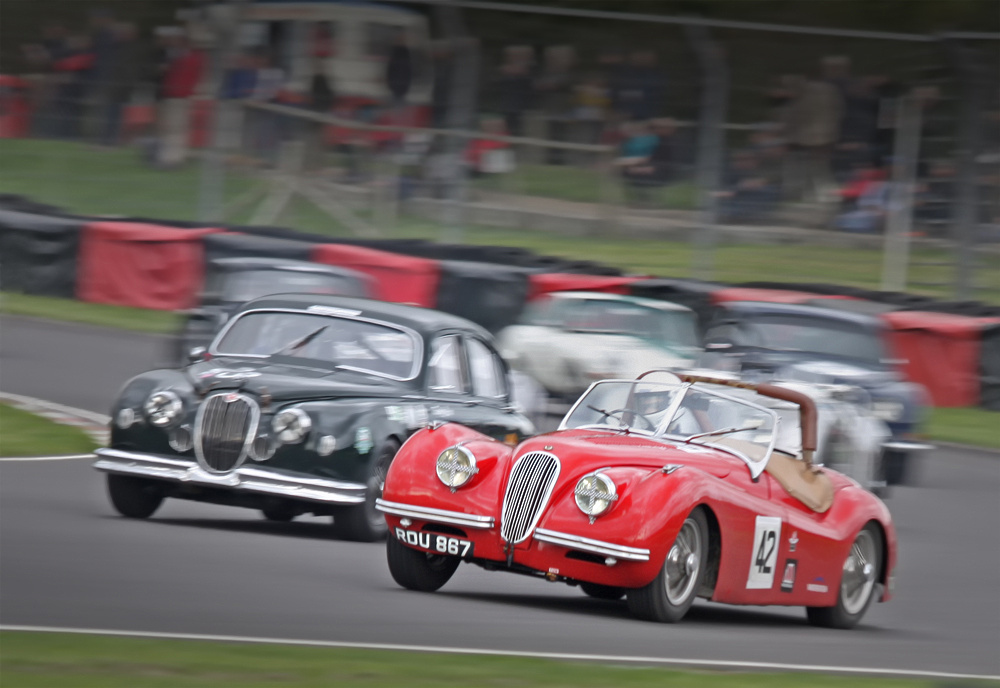 The racing was very close at times.

The cat purrs along. 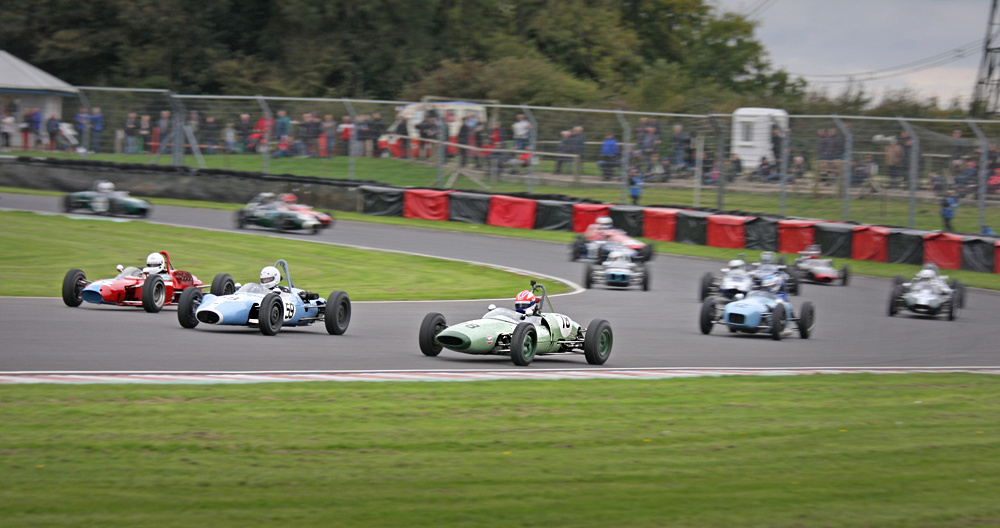 Three abreast fighting it out. 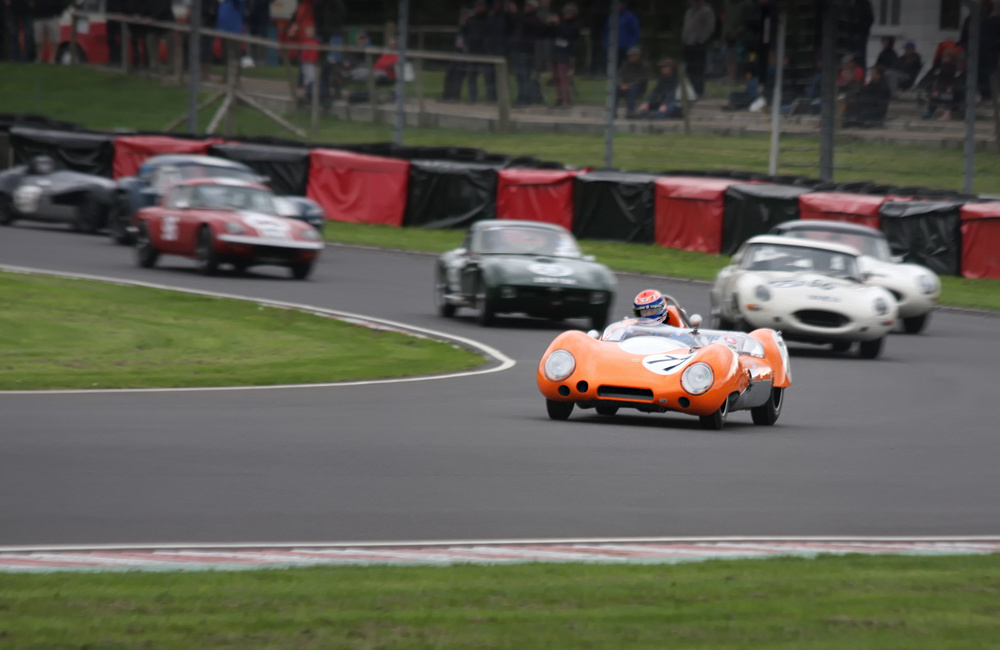 It may be small but it was very fast. 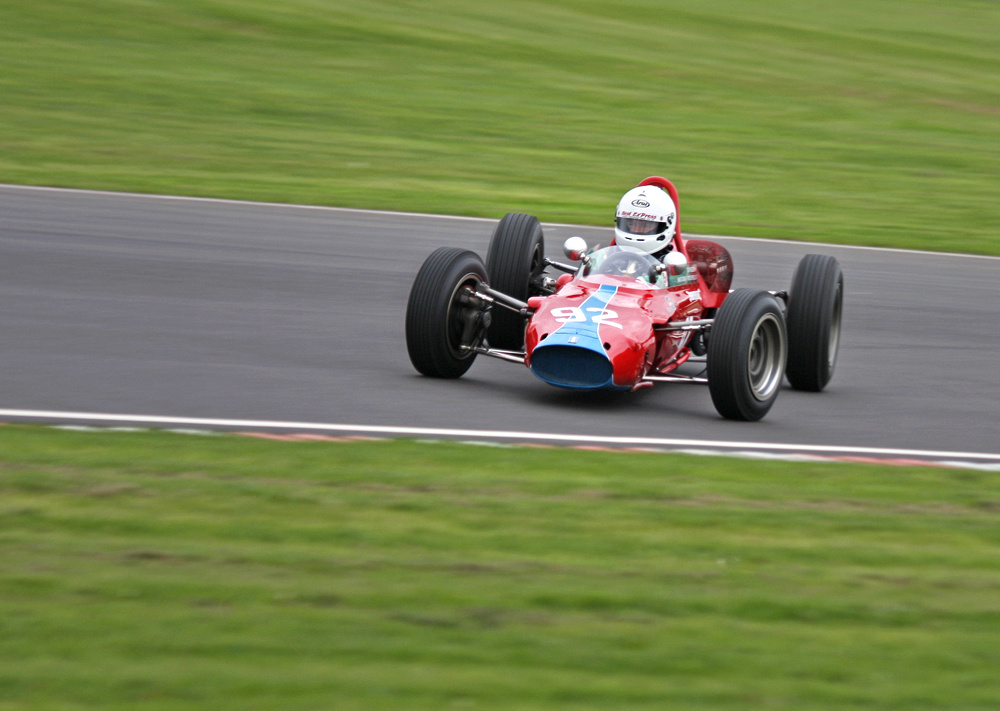 With a damp slippery track, not all the drivers were going to be pointing in the right direction all the time. 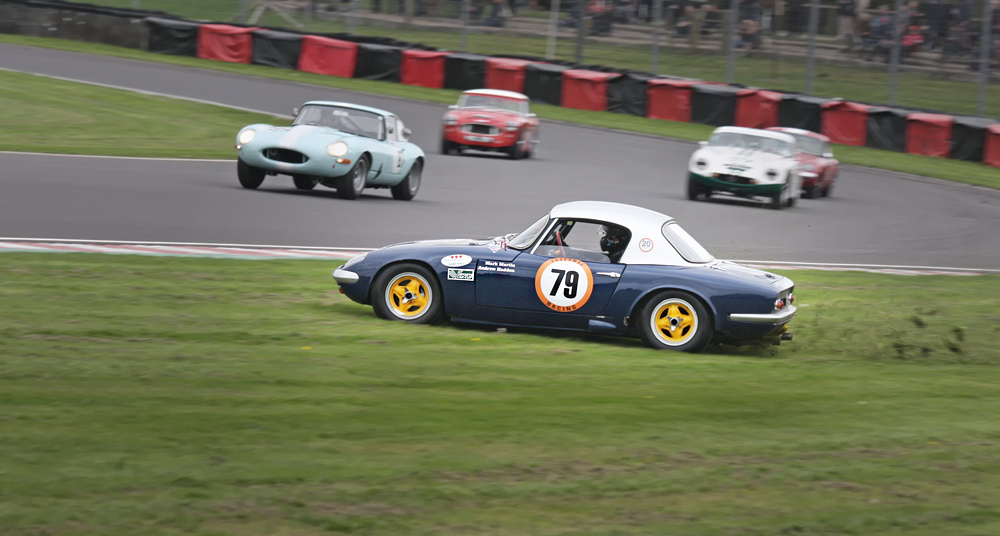 Obviously thought he had entered the RallyCross.

Despite the pouring rain at the start of the day, and it being so bad that it drowned my camera for the first time ever, which luckily sparked back into life after 45 mins in the drying wind, it really was a great day out. Great action and no crowding made it a date to put in the diary once again for next year. Many thanks to the Marshalls who stood out in terrible conditions and to the brave owners and drivers who put on such a good show.