On Saturday 18th Feb I headed to Silverstone to attend the VSCC Pomeroy Trophy, an event that has been running since 1952, and one that I have never managed to attend before. A light hearted but still very competitive for some season opener at Silverstone saw a morning of Driving Tests followed by a Regularity Time Trial in the afternoon on the full GP circuit. A more eclectic mix of cars competing you will probably not see at any other event, as long as it is road registered it is eligible. It was a bitterly cold, misty start to the day, and although the mist did eventually go away unfortunately the temperature never really moved upwards. 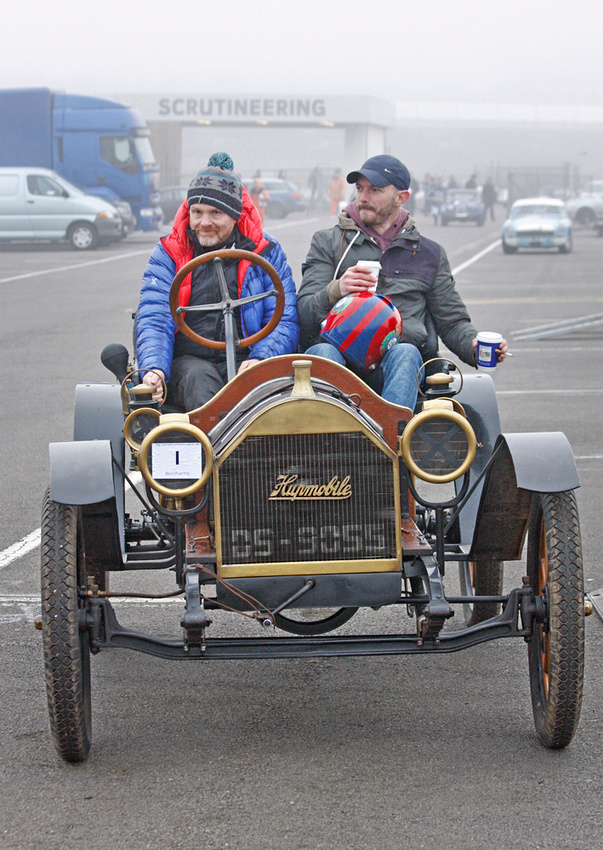 Warm cups of tea and coffee were the order of the day, as competitors started to get ready for the day's events. 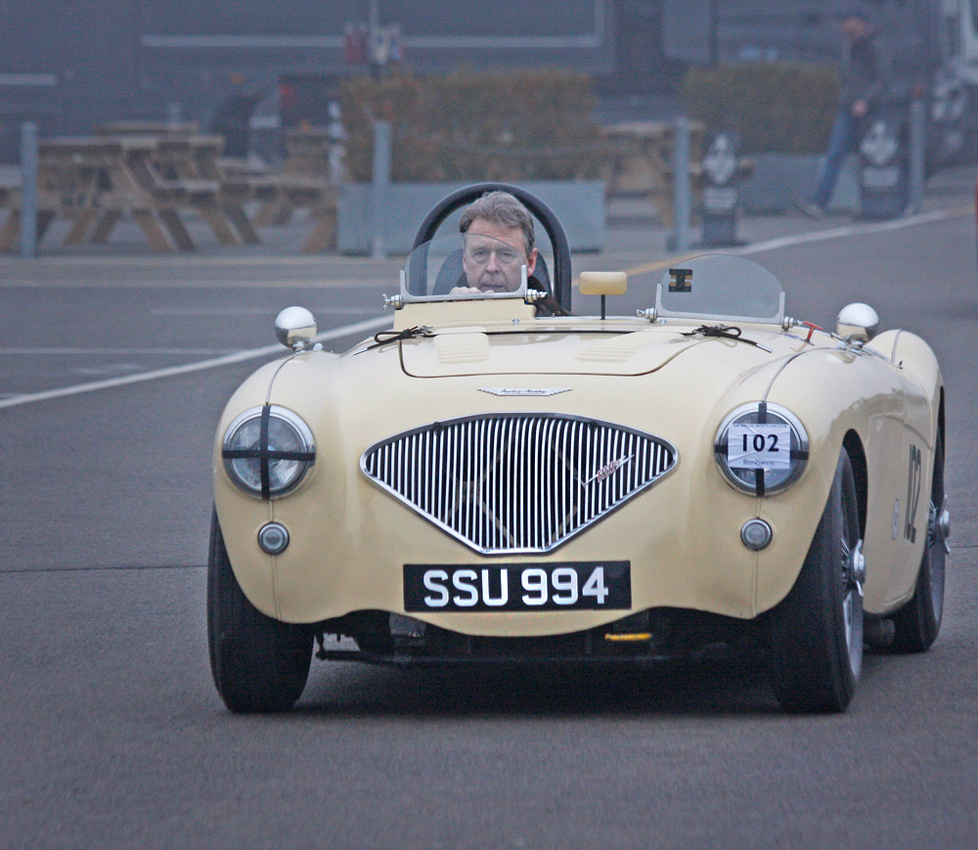 Cars began to be awakened and started to make their way down to the paddock holding area. 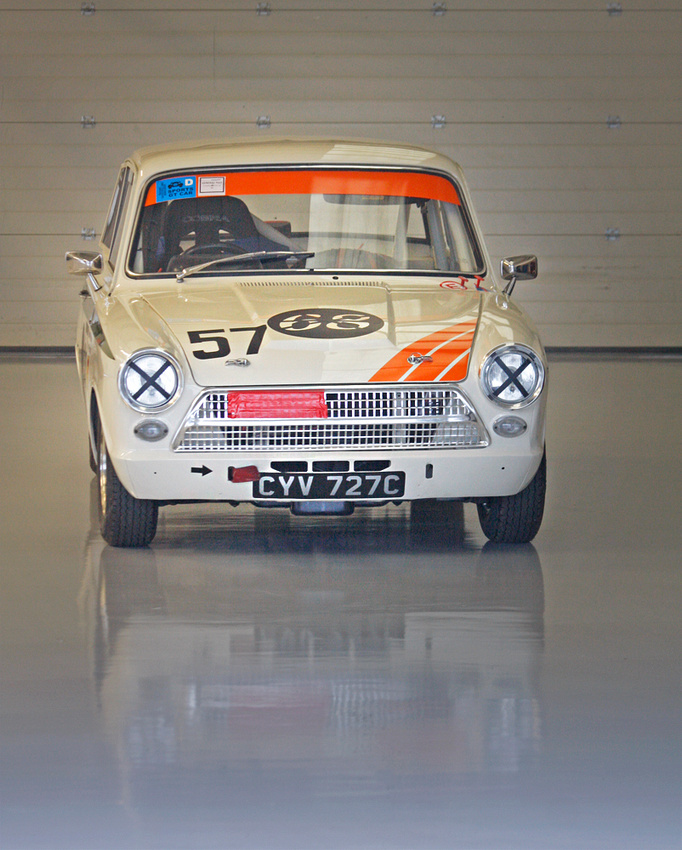 Some owner's cars took refuge in the pit garages. 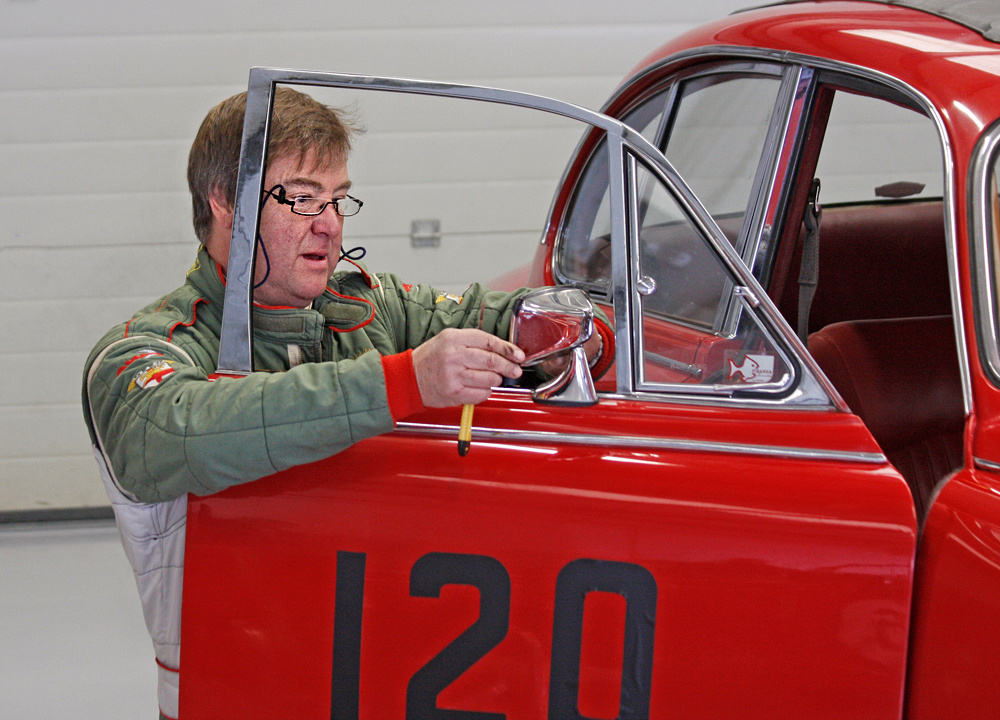 As always, some last minute fettling before the action starts. 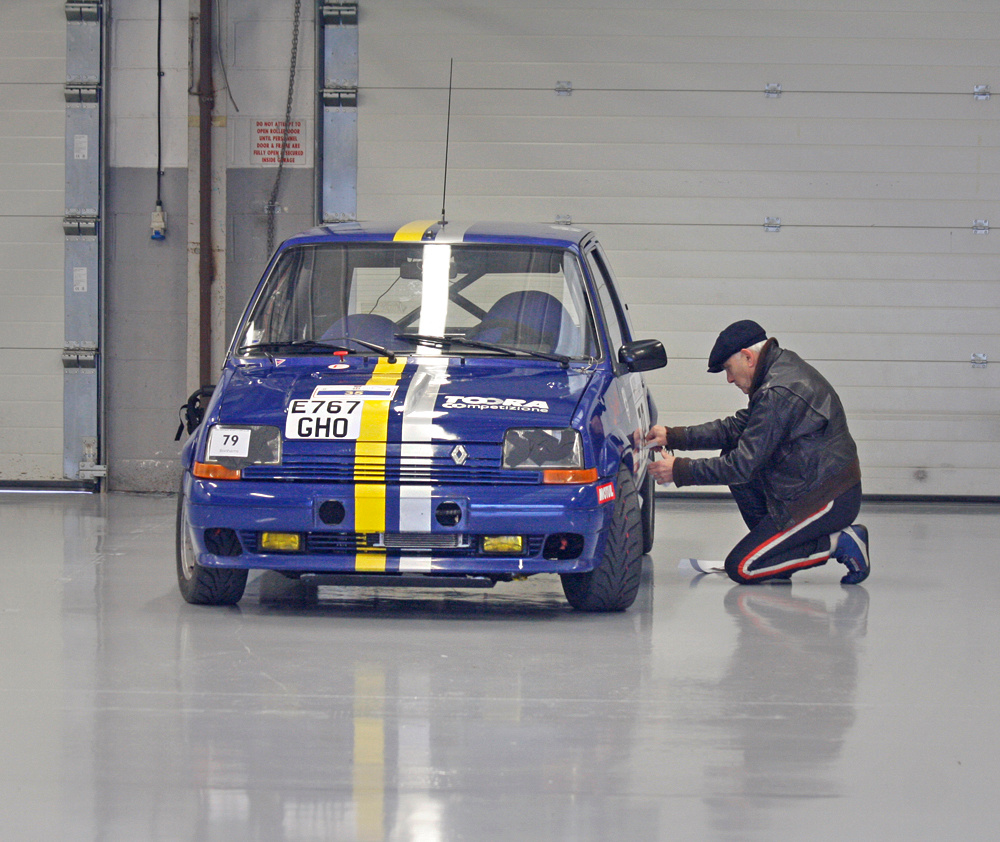 Racing numbers duly applied, along with tape over the headlights. 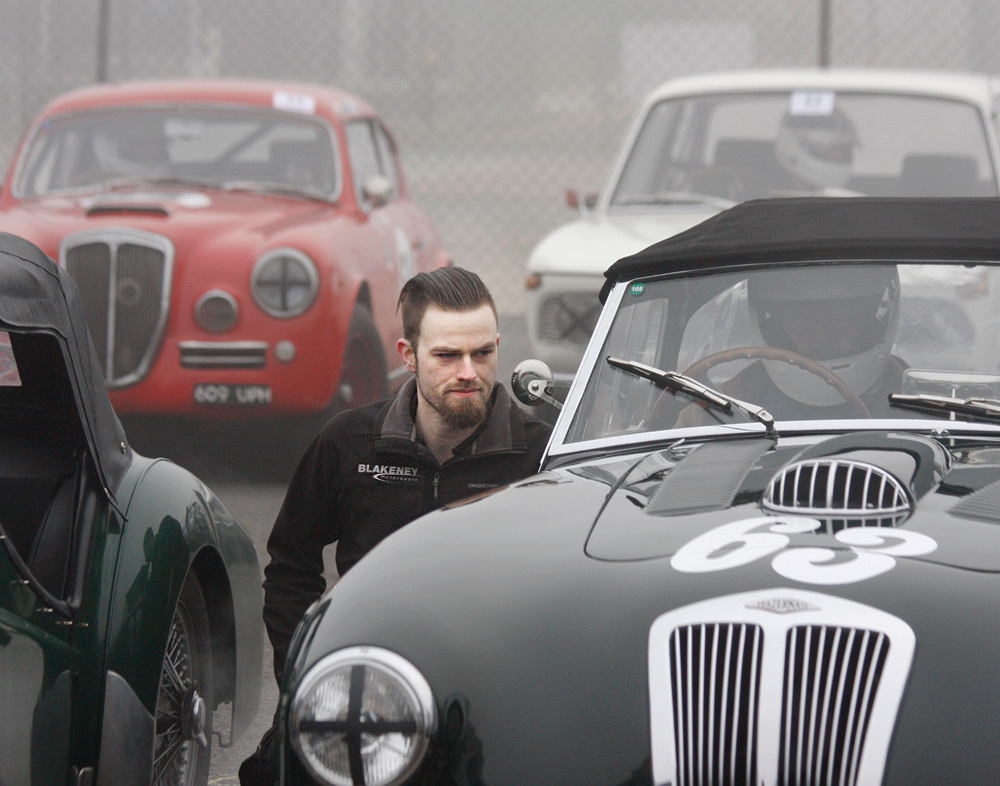 Last minute checks complete, and words of wisdom offered before the off. 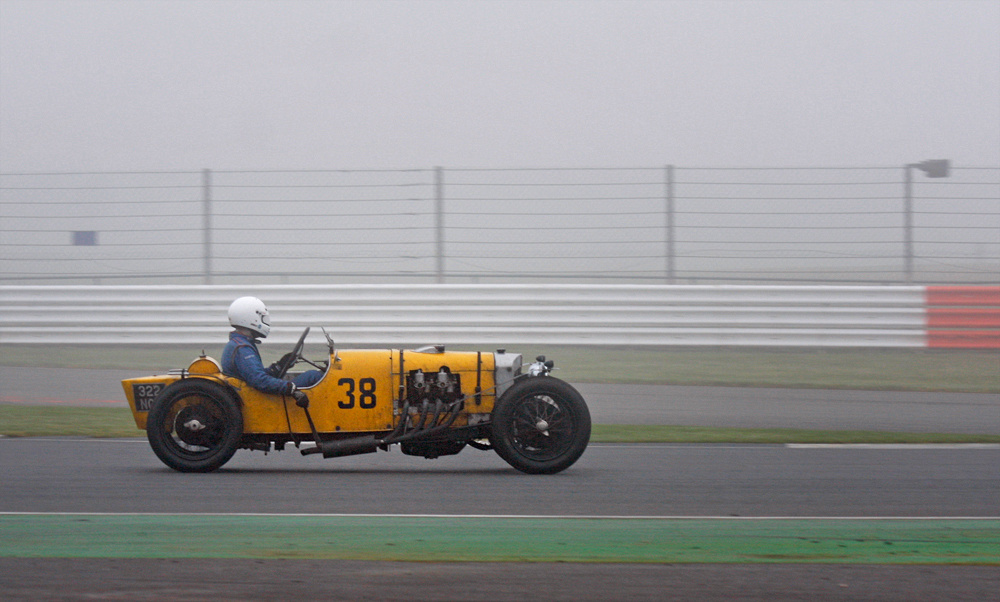 Yes it really was that foggy! 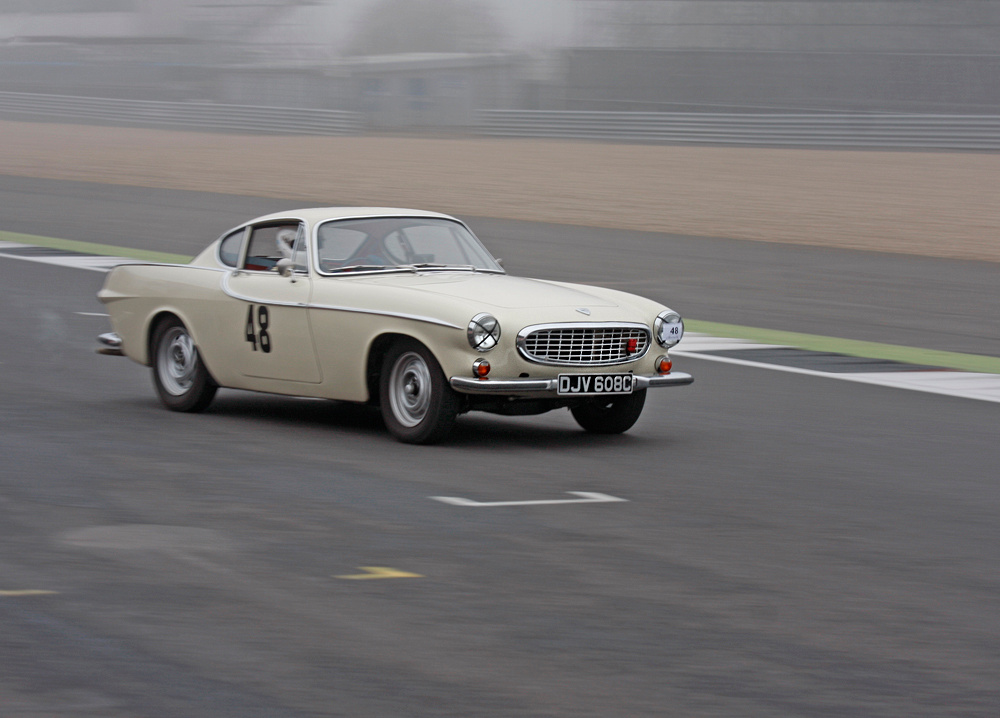 Sophistication in motion through the Driving Tests. 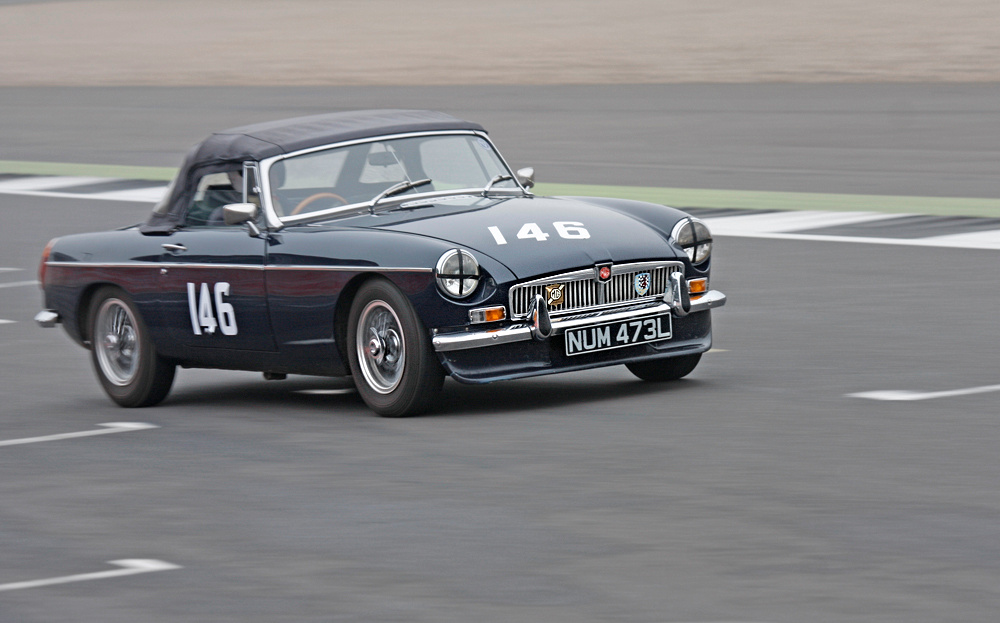 MG on the move. 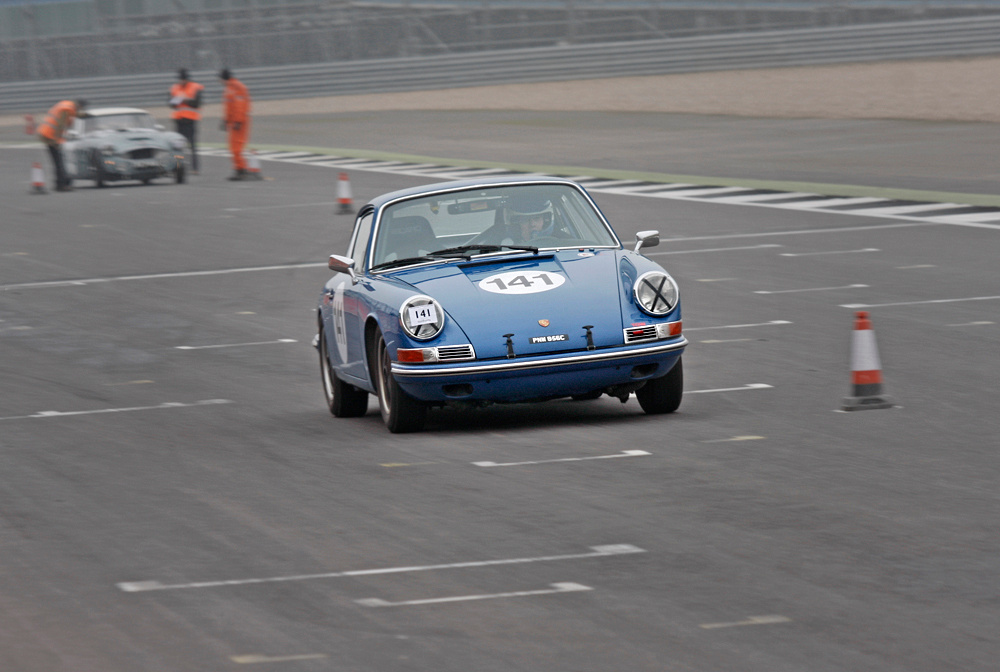 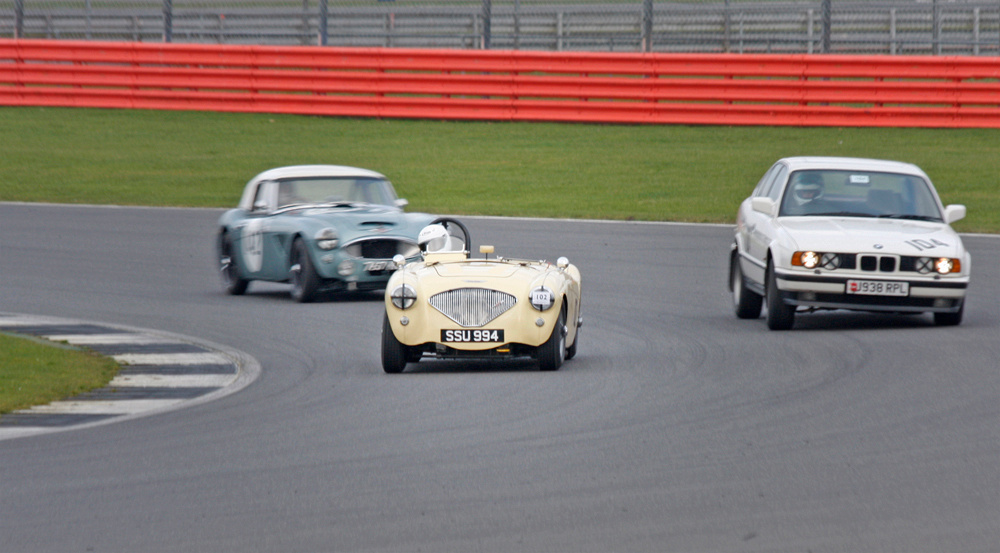 Out on track for the afternoon's fun. 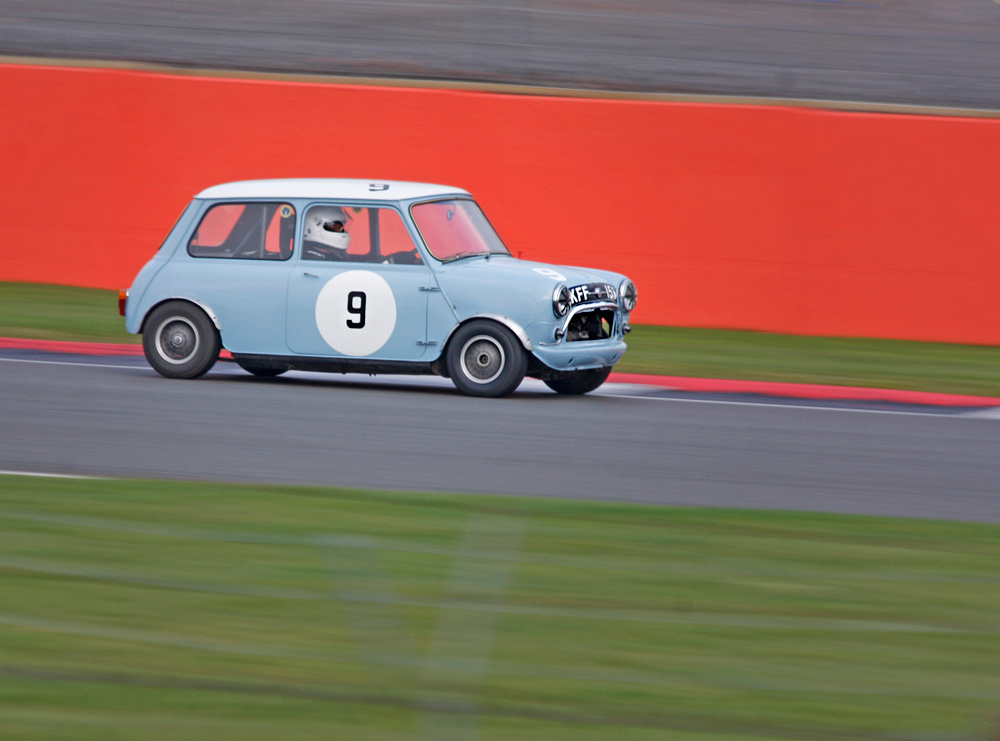 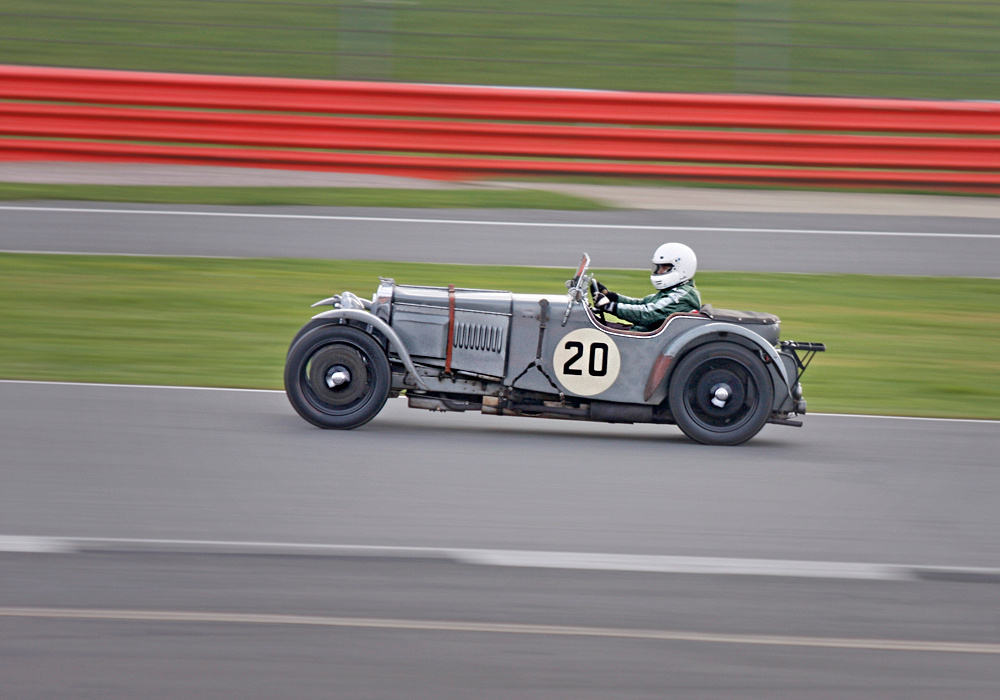 The full GP circuit allowed the cars to really stretch their legs. 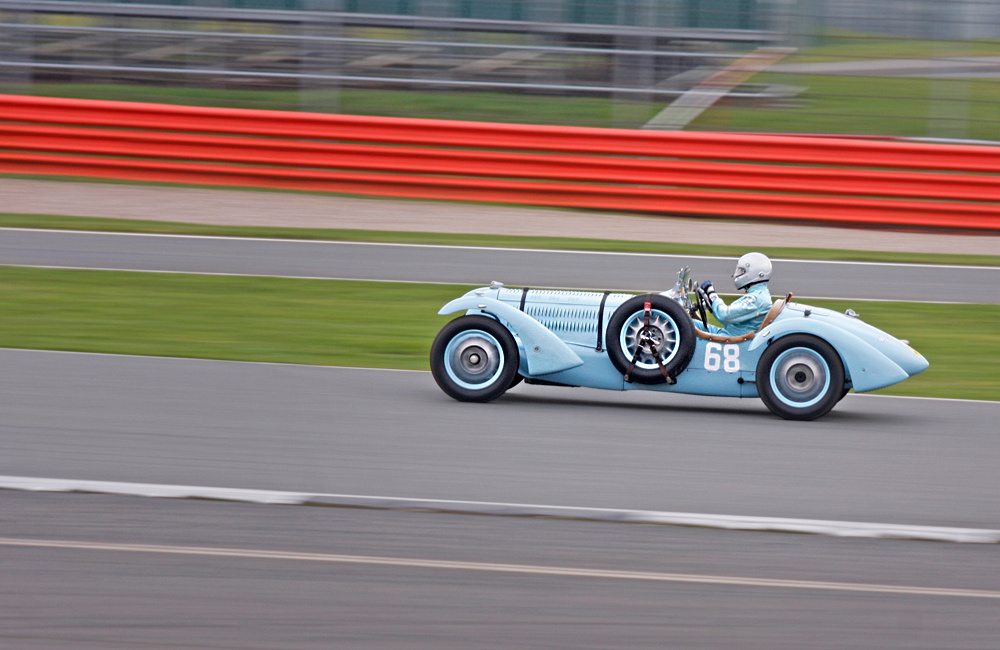 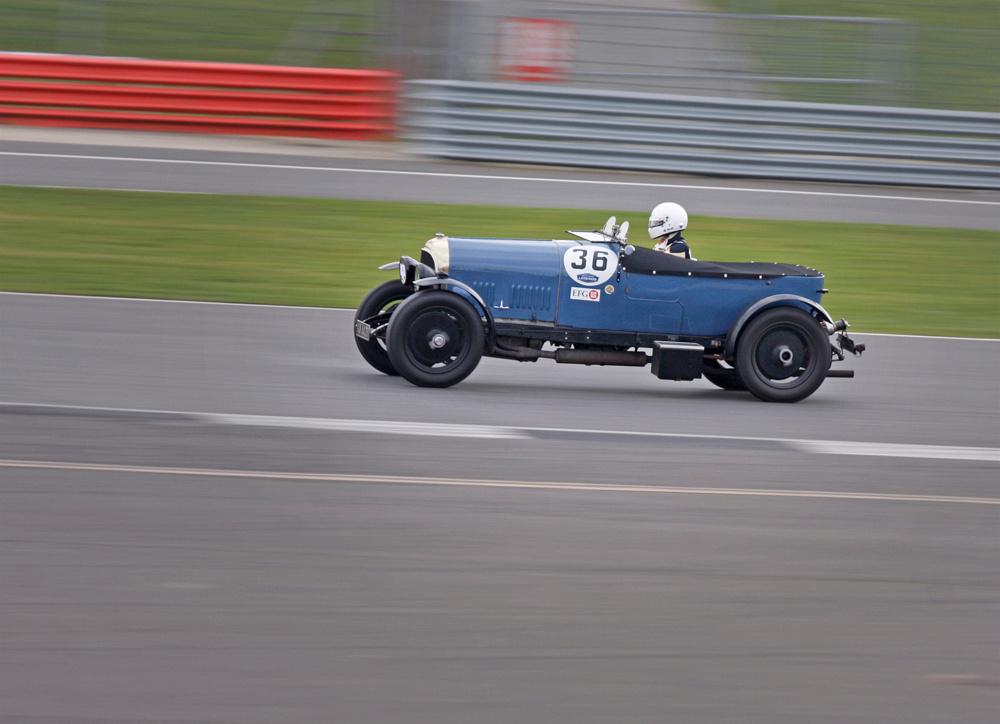 A joy to see a Bentley being used as it should be, no trailer queens here. 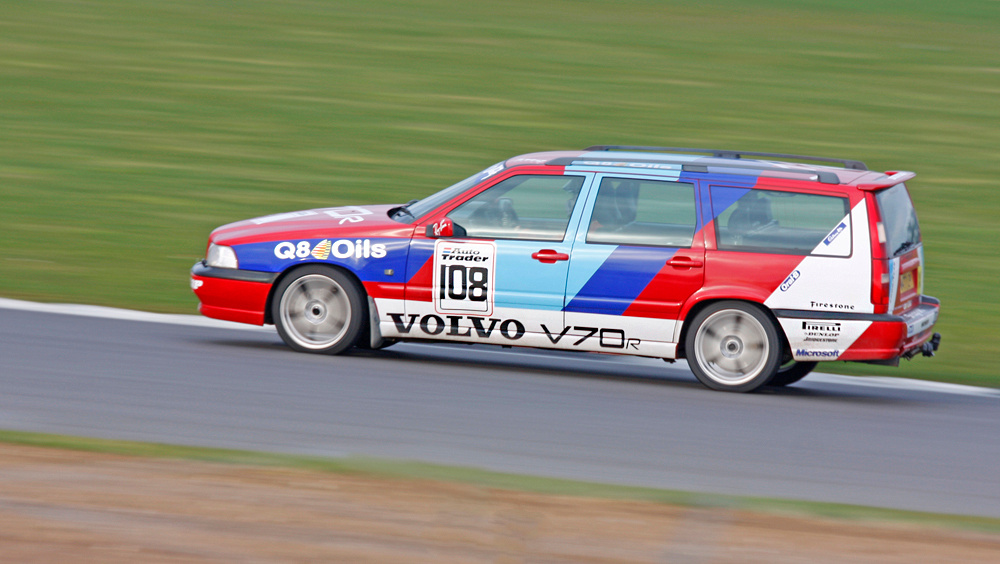 One of the more colourful entries, I do hope he removed the Labrador and antique furniture out of the boot before he started to rush around like this. 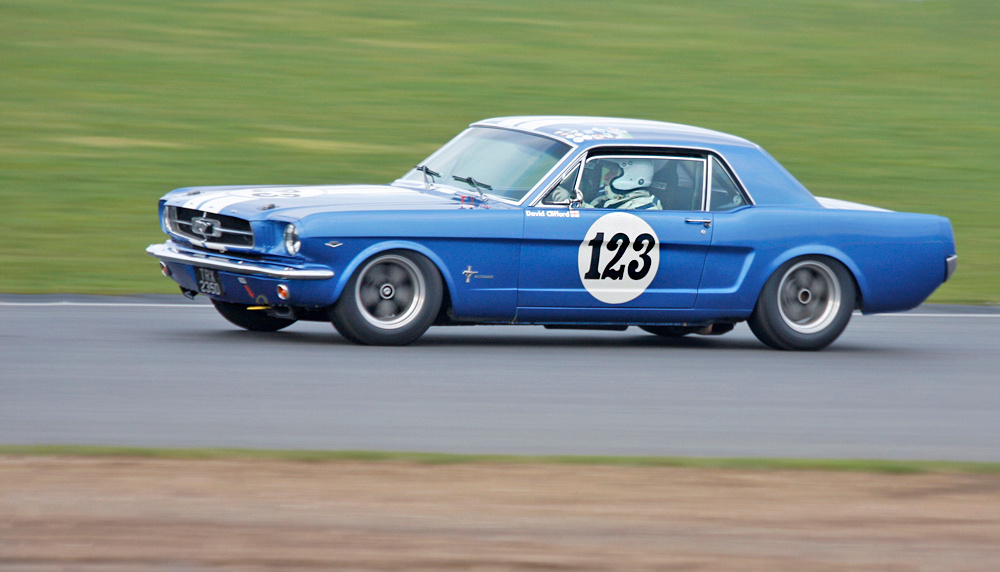 A bit of American muscle to make the earth rumble. 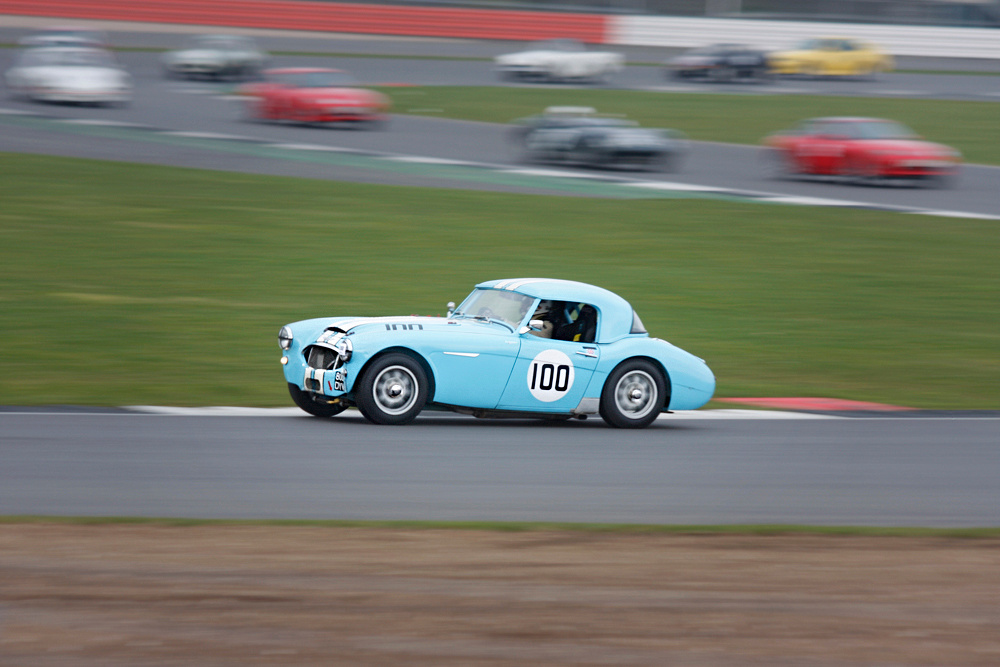 Even with the cold and gloomy conditions a great day out, with a wide variety of machinery being driven enthusiastically, and a deserted Silverstone to wander around, what's not to like? Think 'The Pom' will be an event for me to visit each year from now on, and can highly recommend it to you all. Many thanks to all that made it happen, both to the hardened Marshall's that braved the elements all day, as well as the competitors for putting on such a great show.