On Sunday Feb 26th I trained into London, to have a look around the redevelopment of Paddington Basin and surrounding area. A place I had been wanting to visit for some time, and I wasn't disappointed by what I found, which is always good. Starting off at Paddington Station, moving onto Paddington Basin, then walking along the canal to Little Venice, followed by a leisurely amble back to Paddington Station to catch the train home, was the itinery for the day. The only disappointment was the weather, a windy, grey, overcast day wth occasional showers, but then again it could have been a lot worse in February! 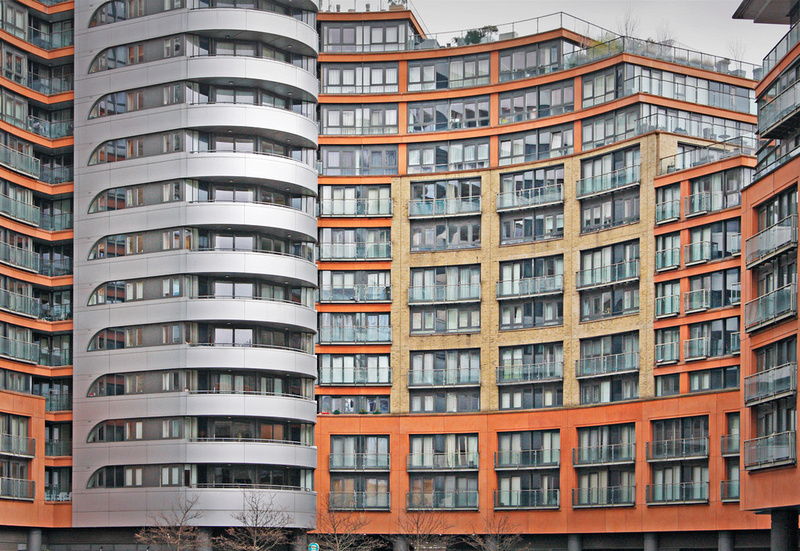 Some of the new development around the basin. 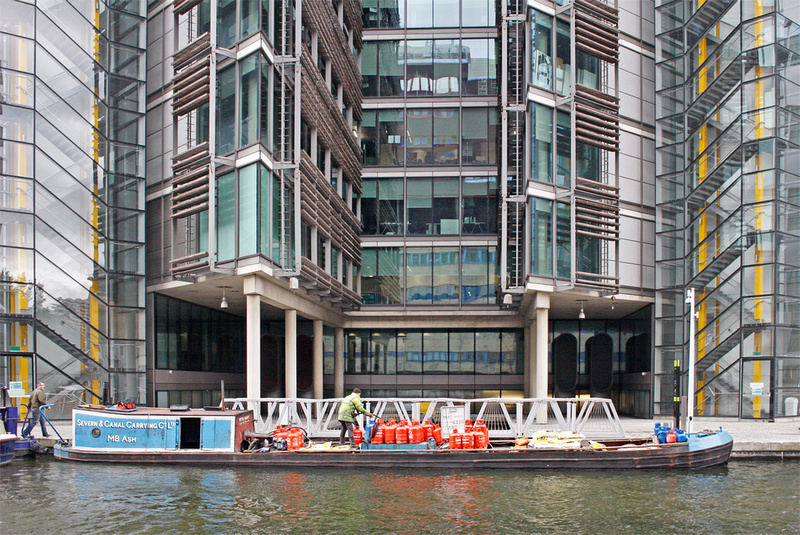 The only way to deliver supplies to the moored boats in the Basin. 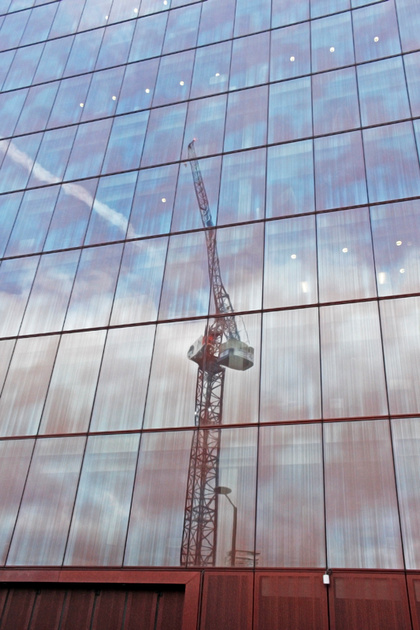 Of course with any area undergoing substantial redevelopment, you are never far away from a crane. 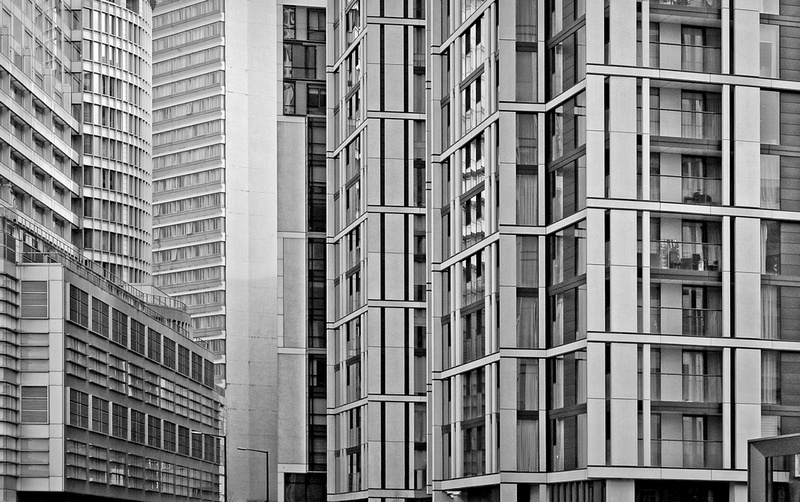 The only way to build in these parts seems to be upwards. 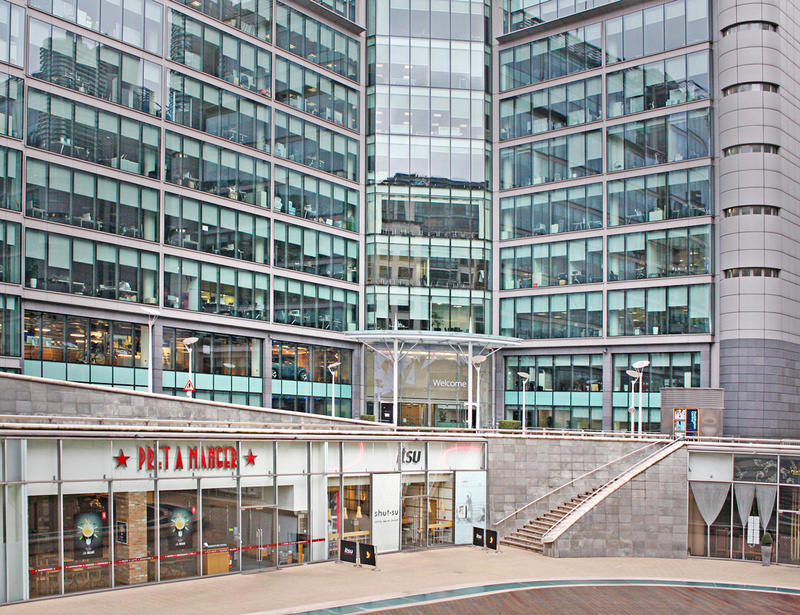 Now making our way to Paddington Central, and the office workers obviously get hungry! 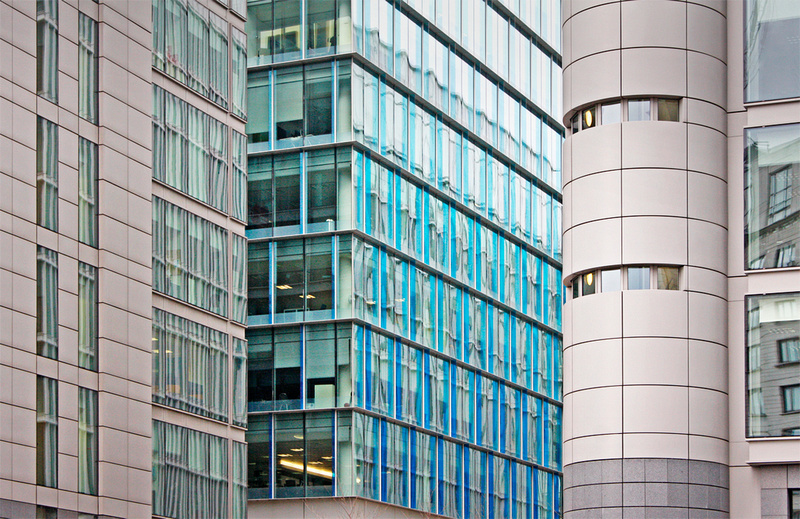 Glass and stone of all colours. 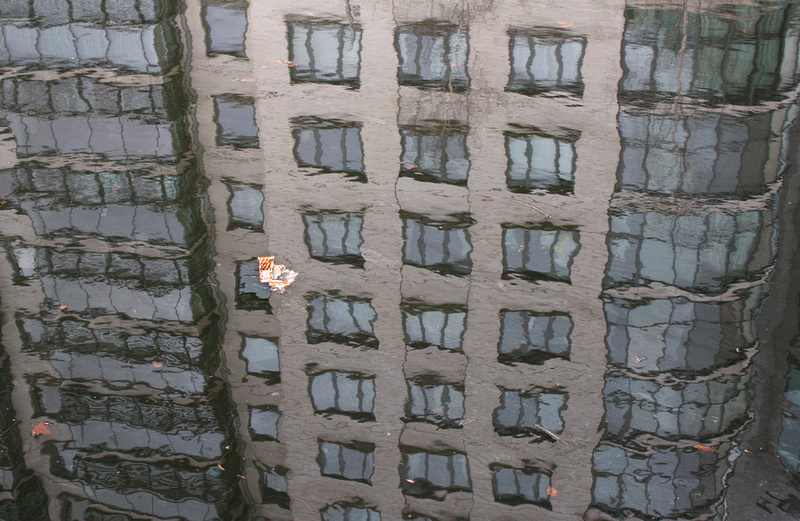 There will be water for the buildings to reflect in, along with some assorted discarded rubbish. 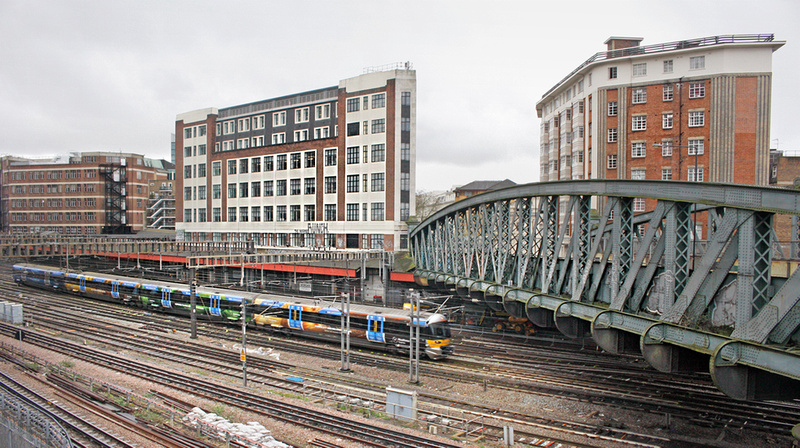 Trains on the line. 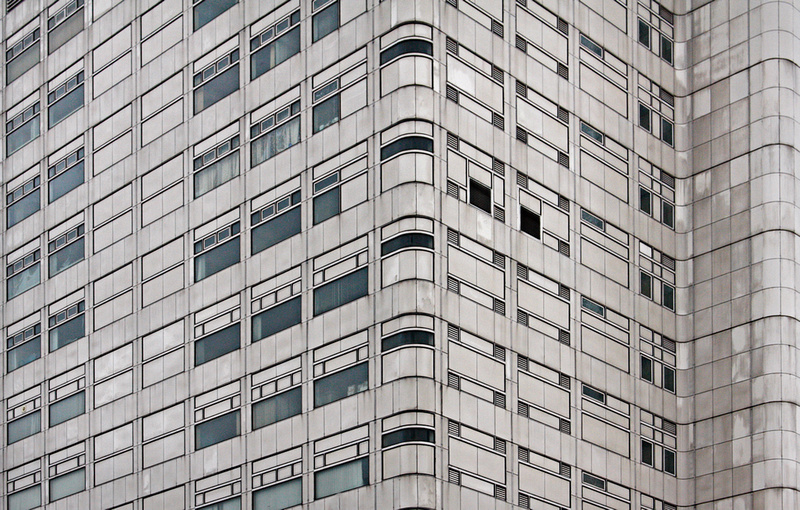 Everywhere you look up there are tall buildings to admire. 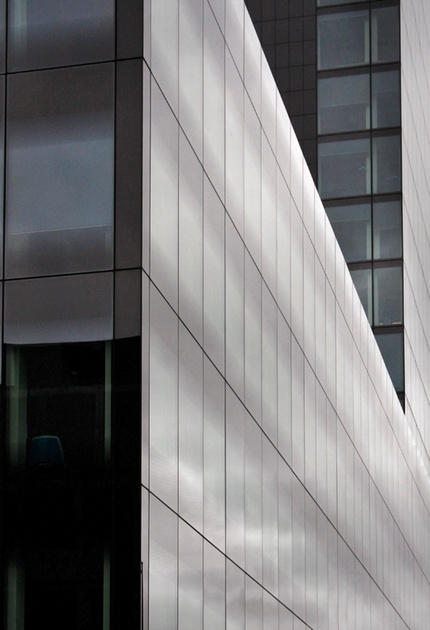 A very futuristic piece of architecture. 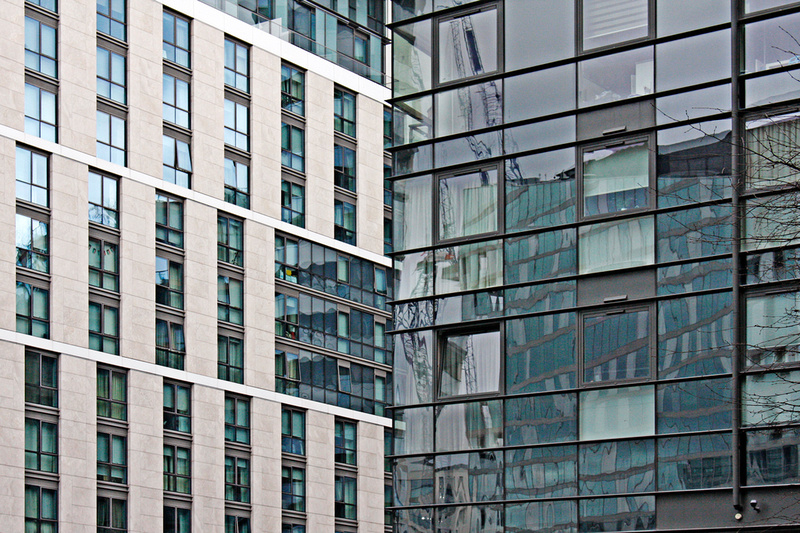 So many windows to keep clean. 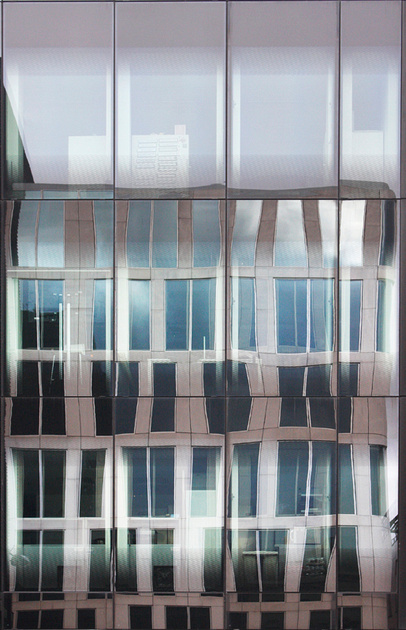 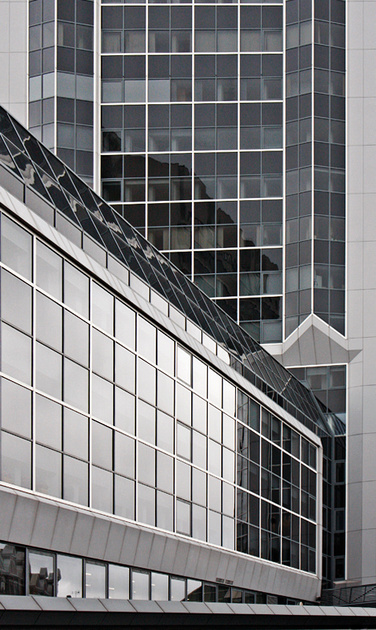 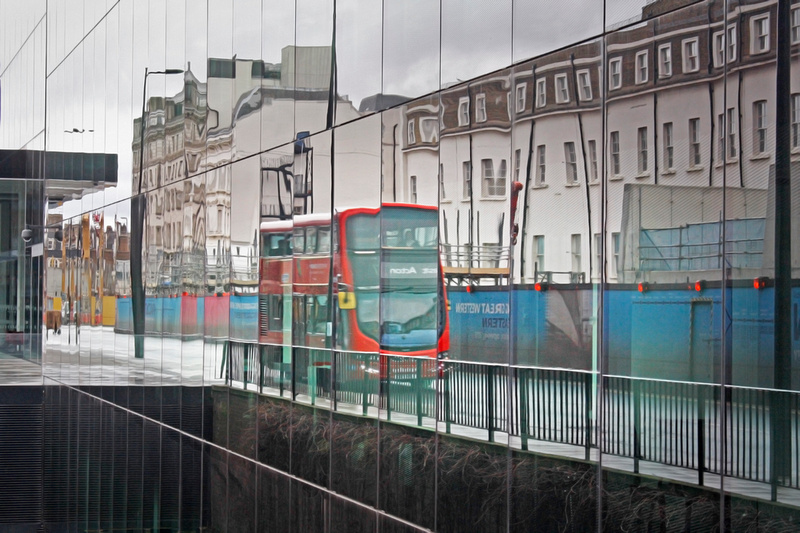 When in the capital, you have to take a photo of a red bus, to prove it is London. 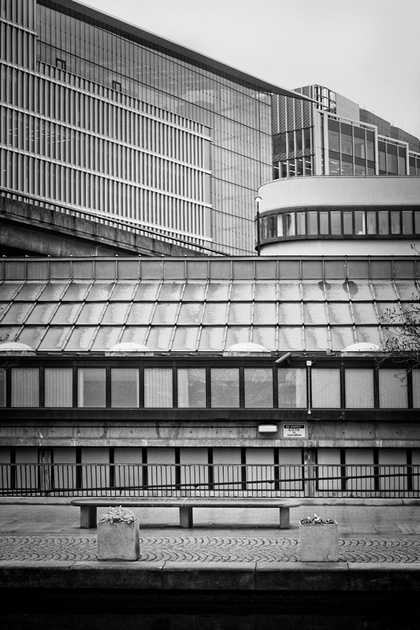 Probably fair to say, not the prettiest selection of buildings you are ever likely to see. 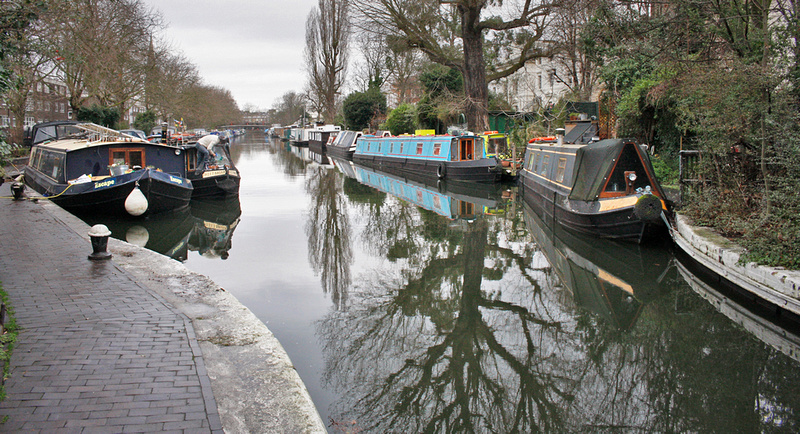 The peaceful scerenity of Little Venice seems a world away from the office blocks around Paddington, but only a 10 minute walk brings you to this different world. 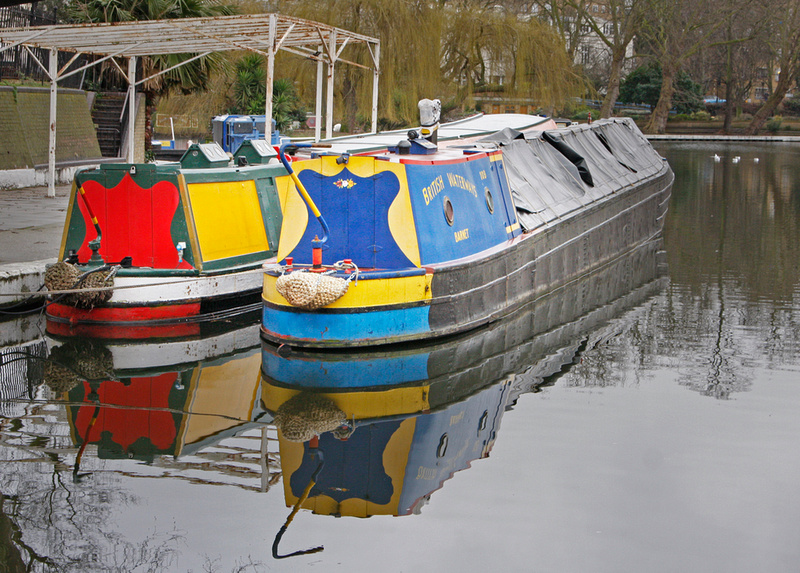 Colourful boats to brighten up the greyest of days. 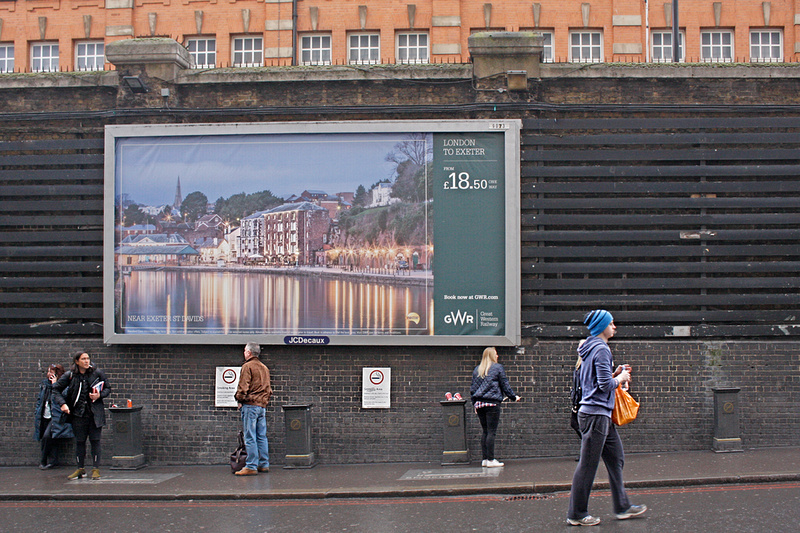 With weary feet I made my way back to Paddington station. 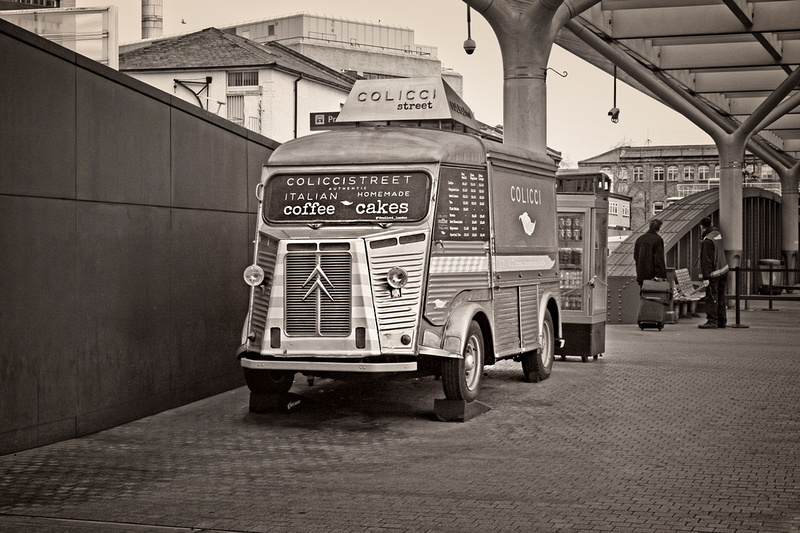 I just love these old french vans, but do wonder if there is a single one left that hasn't been converted to a coffee wagon. 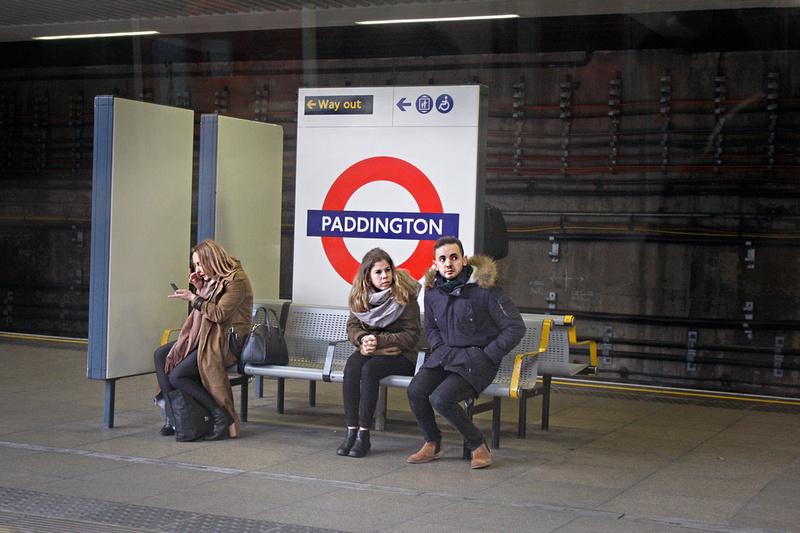 Travellers waiting on the platform.

As usual, on any trip to London there was a huge amount to see and take photos of, and can highly recommend a visit to this area for a day out.