Had a trip over to Windsor today, Feb 16th 2014, to see the flooding in the area. Although the water levels had gone down a little from their mid week highs, there was still a lot of water about and the Thames was very high and flowing very fast. One nice surprise was the appearance of the sun and a nice clear blue sky, which was very welcome, after the weeks of relentless rain that we have had. 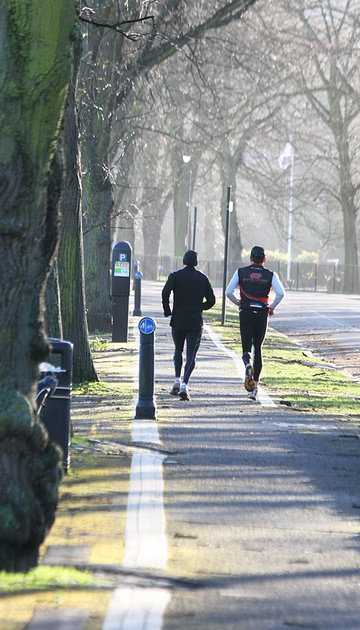 We got there pretty early in the morning, parking in Alexandra Gardens and the first people that we saw were this pair of joggers, who appeared far too energetic for that time of the morning. Needless to say, I had no desire to join in!

The Fire and Rescue crews have been kept pretty busy lately, helping out in the floods locally, particularly Datchet and Wraysbury, but seemed pretty relaxed today as the water levels began to drop, so relaxed in fact, they had time for a group photo as they cruised past. 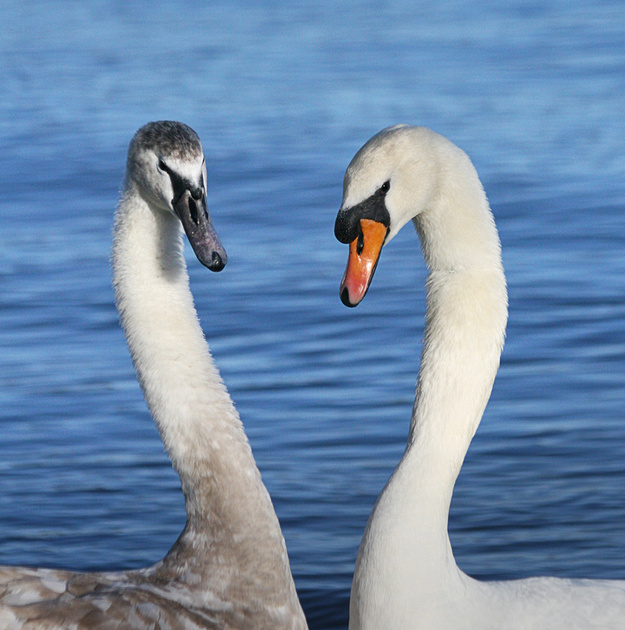 A pair of swans reluctantly posed for us. I wonder what they make of it as they swim into different territories with the river finding pastures new to take over? 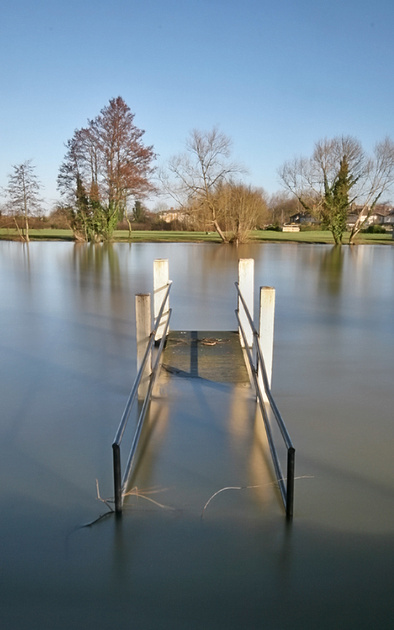 The landing stage which normally links the pathway with a boat, allowing people to board, is now a river ornament as the water tries to take it over. 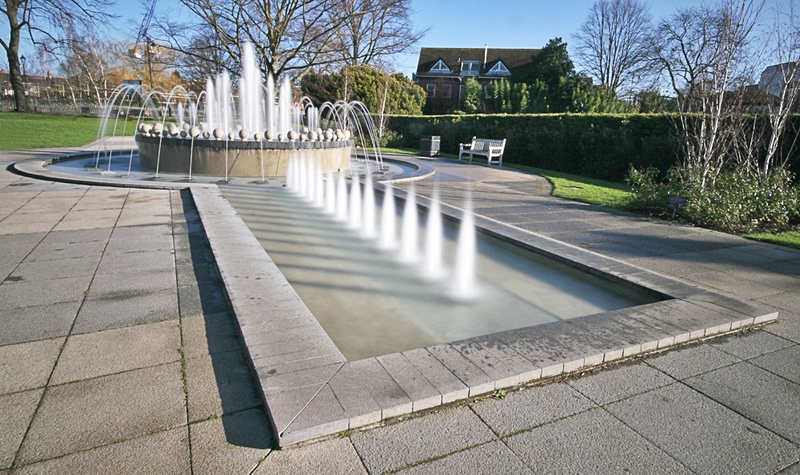 Just in case we didn't see enough water in Windsor, we stopped by the Jubilee Fountain situated in The Goswells. This is a recent addition to Windsor, installed in 2012 for the Queen's Diamond Jubilee. 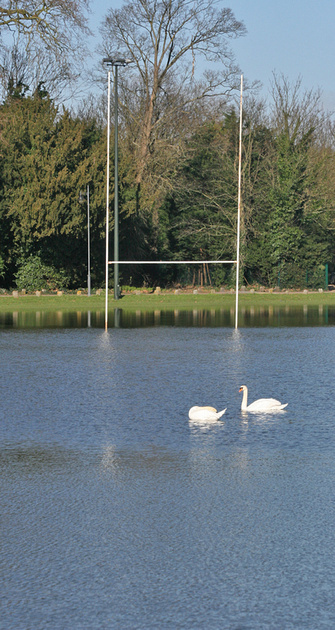 We then walked over to the sports fields on Home Park to find most of the pitches underwater, and no doubt they will take some time to dry out enough to be used again. I hope these aren't Windsor RFC's new signings above, warming up on the pitch! Perhaps instead of rugby they should take up Water Polo. 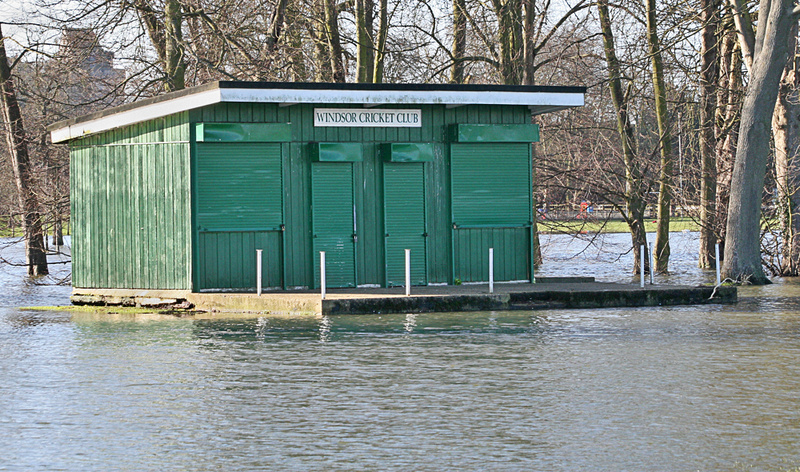 Presumably, rain stopped play on the Cricket Pitch too! This building was totally marooned with water all around it. 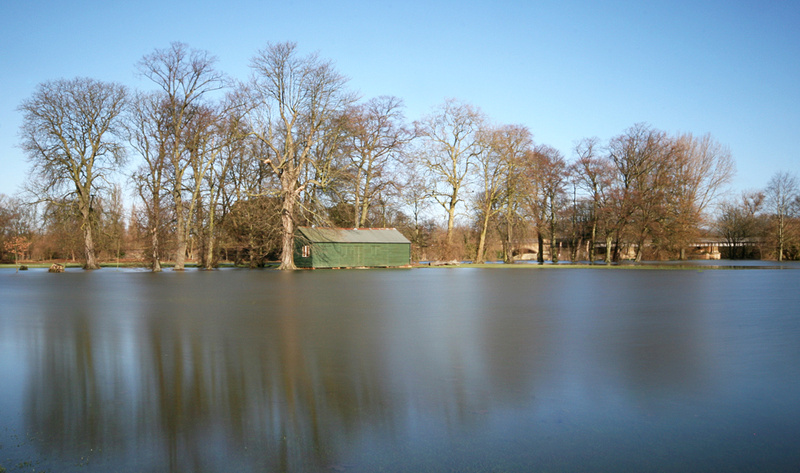 A view across Home Park, as it does a good impression of Home Lake! The river itself is far off in the distance by the railway bridge to the right of this photo. 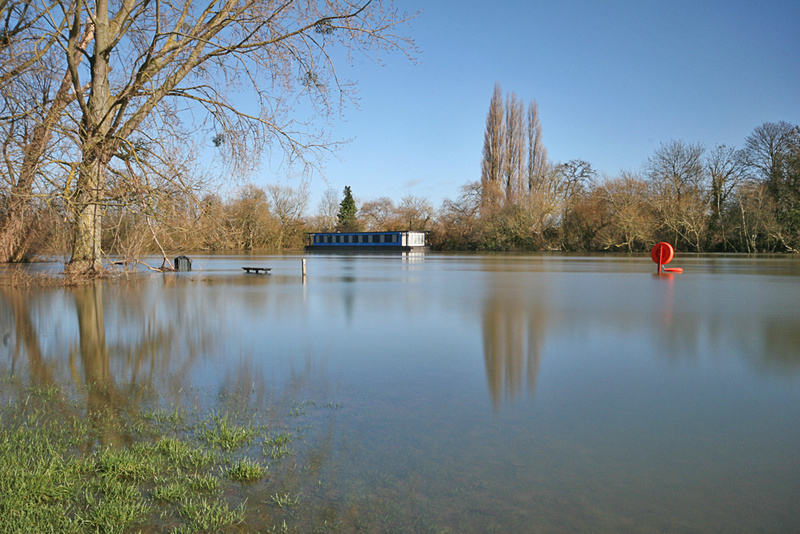 The river is not meant to be this wide, as can be seen by the location of the submerged seat and safety ring that should be on the dry bank. 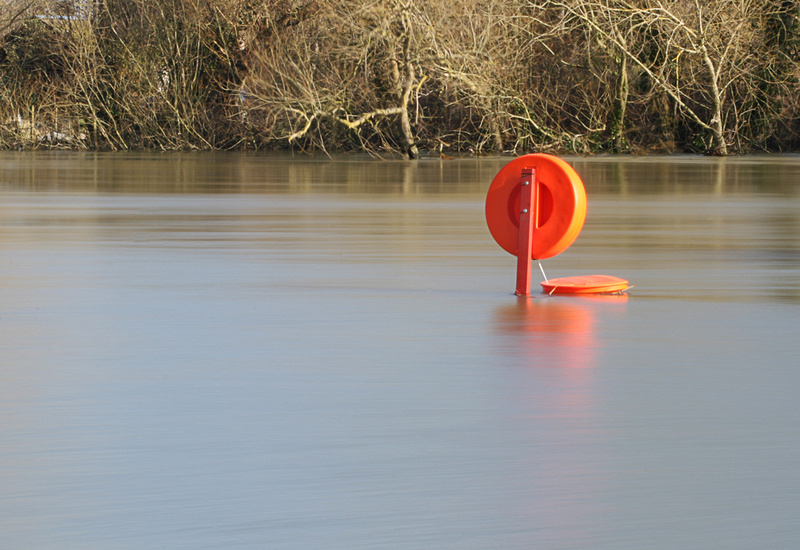 With all the trees bare and every other type of plant in its subdued winter state, the bright orange safety ring stand stood out even more than usual as the powerful sunshine lit it up. 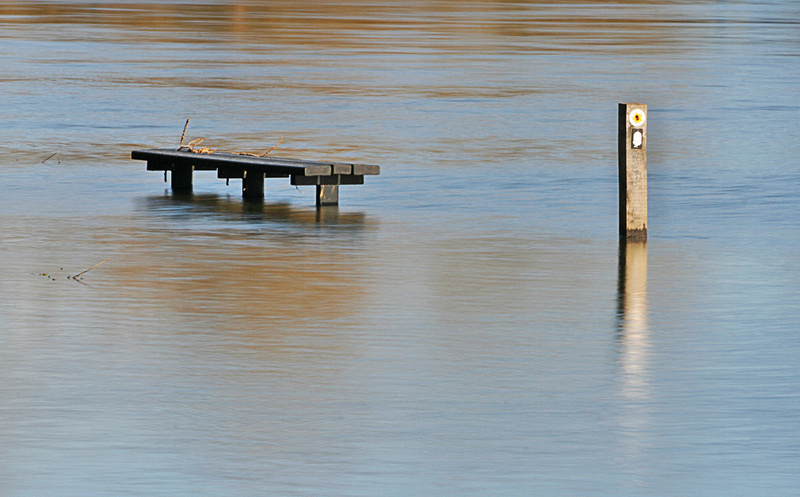 If you followed this footpath today you would end up with very wet feet, and keeping your feet out of the water whilst sitting on the bench could prove tricky too! 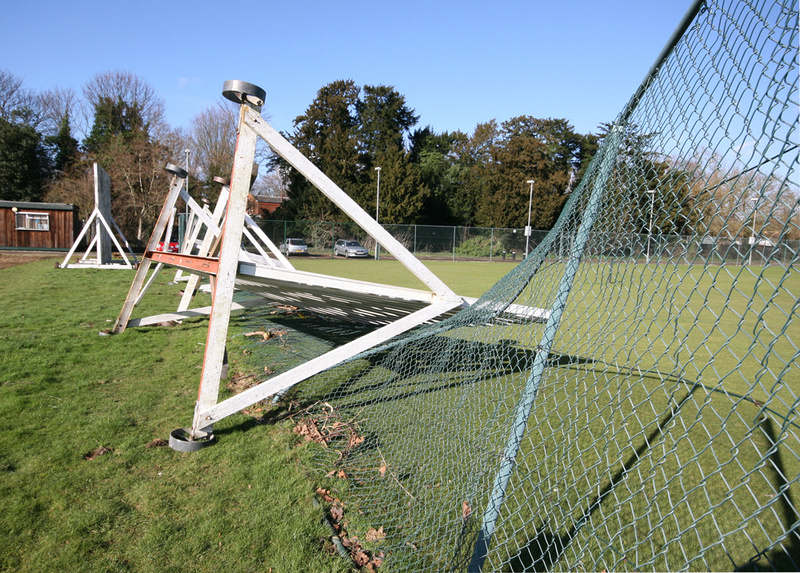 Not only has this area been suffering from heavy rainfall recently, but there have been some pretty fierce storms with very high winds too, as can be seen by this sad sight of the cricket sight screens being blown over onto the adjacent tennis courts, causing more headaches for the local sports clubs.

Let's just hope that the water levels continue to drop, and the flood damaged homes and property around the area can begin to dry out.