We headed down to Goodwood for the Thursday of this event in the hope that the crowd would be reduced and this would hopefully make photography a little easier. This indeed proved correct as we arrived around 7-30am to be pleasantly surprised by the near empty car parks. Although the Thursday is officially called the Moving Motor Show, all the other attractions are up and running, the only difference being that the classic cars don't run up the hill as that is reserved for people taking test drives in new cars instead. Although the Festival Of Speed is a fantastic event, the large crowds do tend to take the edge off of the enjoyment, but we now seem to have found the answer to the problem, go on the Thursday, just don't tell anyone else!! The customary statue in front of the Goodwood House (Only this year over it) had a Mercedez theme with these two racers from vastly different eras on show. 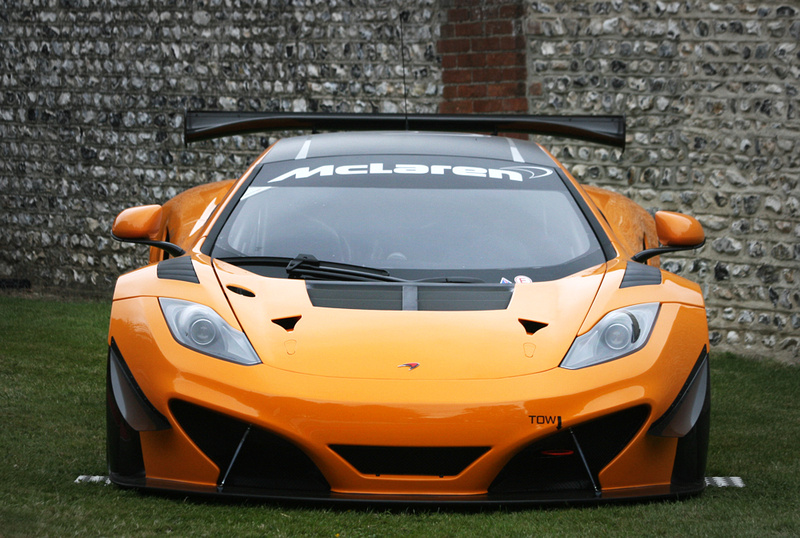 This racing McLaren was lurking by the side of the walkway to the Driver's area. 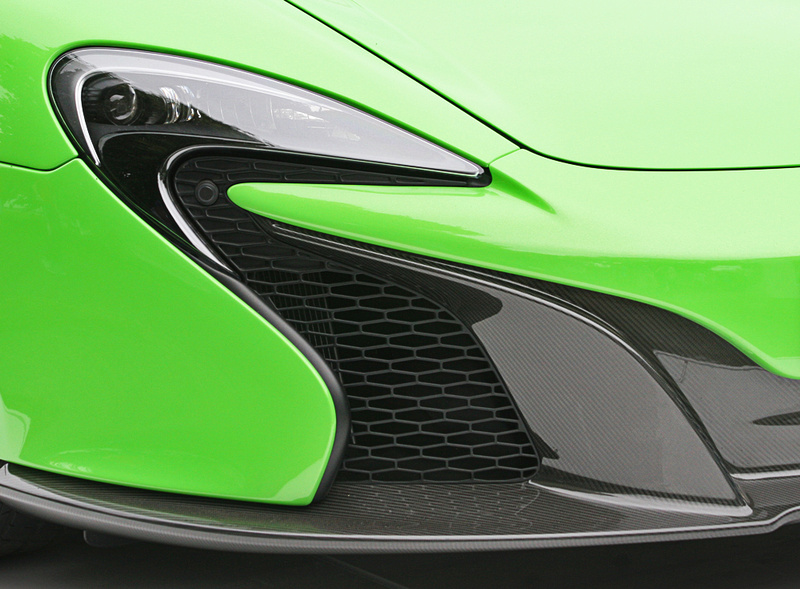 Macca 650s shown in a lurid green colour that attracted all the flying bugs as the day went on! There were the usual glittering array of Supercars on display in the Supercar Paddock, and for me this La Ferrari was the pick of the bunch, but then I am a bit biased towards Maranello's finest. 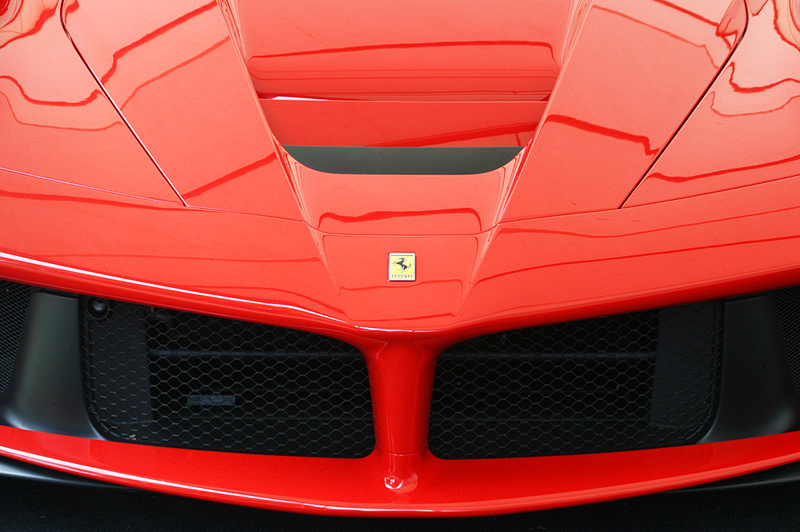 It really was gorgeous, and all the better for being displayed in the traditional Ferrari red. Never thought I would say that an Orange paintjob suited a Mercedes, but in this case I rather think it does! 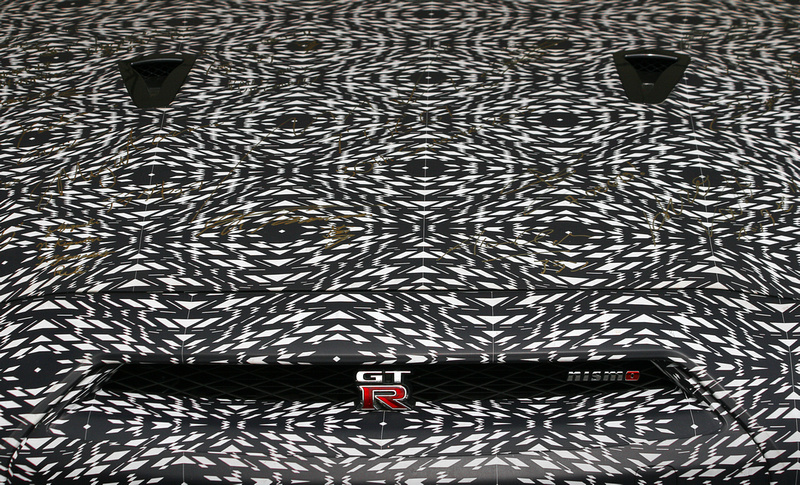 This Nissan had a rather eye straining graphic running all over it. Don't envy the touch up guy if you scratch it! 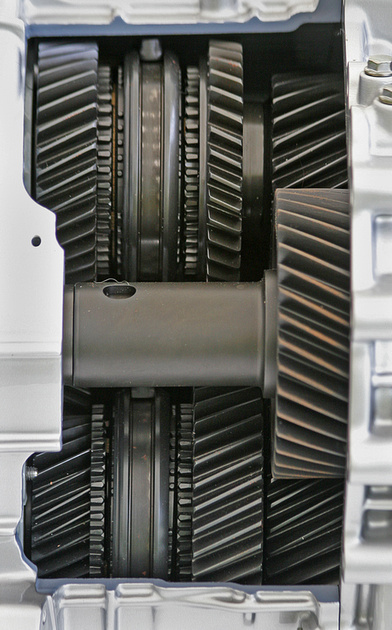 A bit of quality engineering on show at McLaren. The bikes on display were pretty impressive too, this little jewel of a racing Suzuki caught my eye, if for no other reason than the thinness of those tyres. Of course the big and bold Victory brand of bikes have plenty of room for ornaments on the front mudguard. 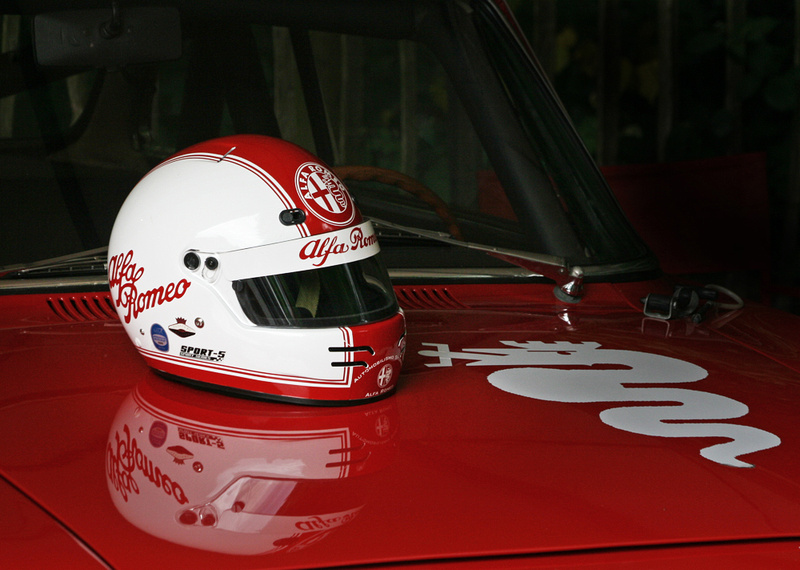 A wide range of classic racing machinery was on display too, and I really liked the way the driver had displayed his crash hat for us. 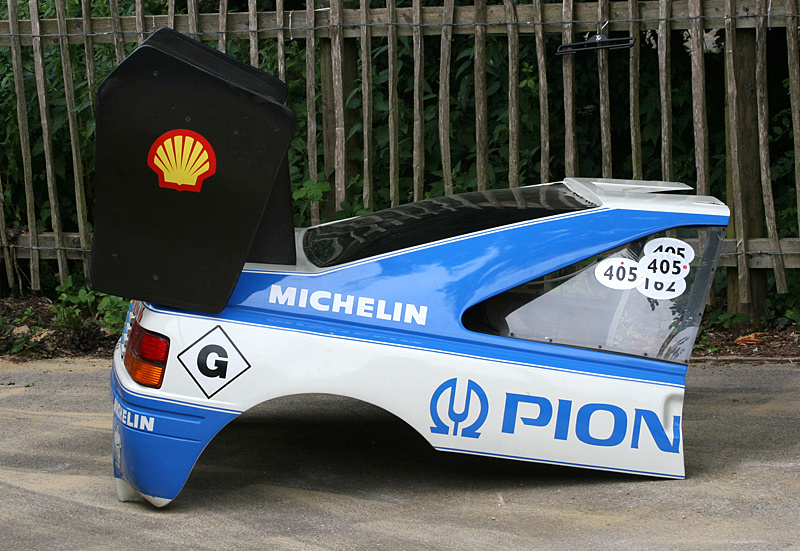 Back end of a fast Pug. One of the more iconic sponsor liveries displayed on an iconic car. 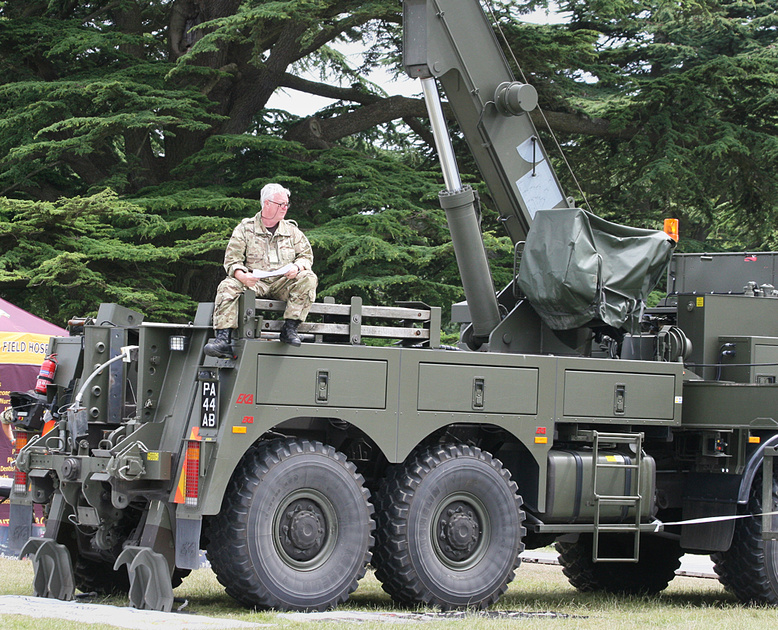 Besides the cars on display some people were just sitting round, whose pictures had to be taken.

Even posing without knowing it! 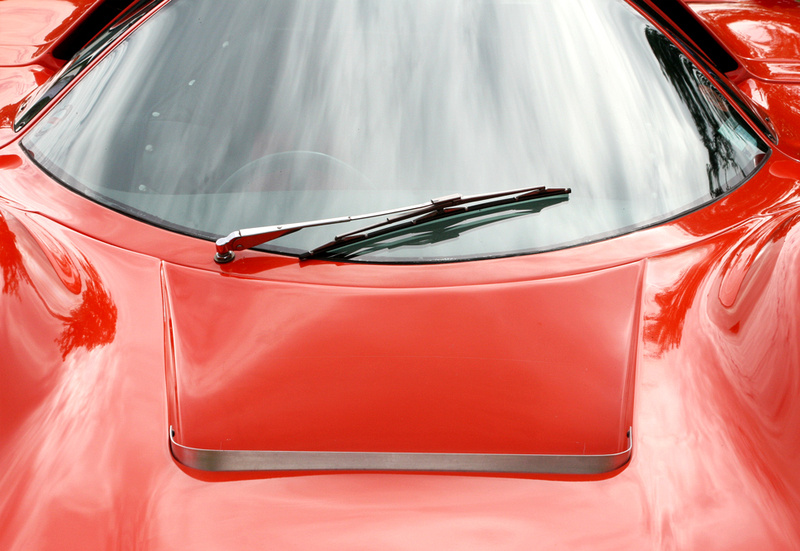 The Concours lawn was filled with some very sparkly cars and to my surprise some not so perfect, but this Macca was of the former variety. 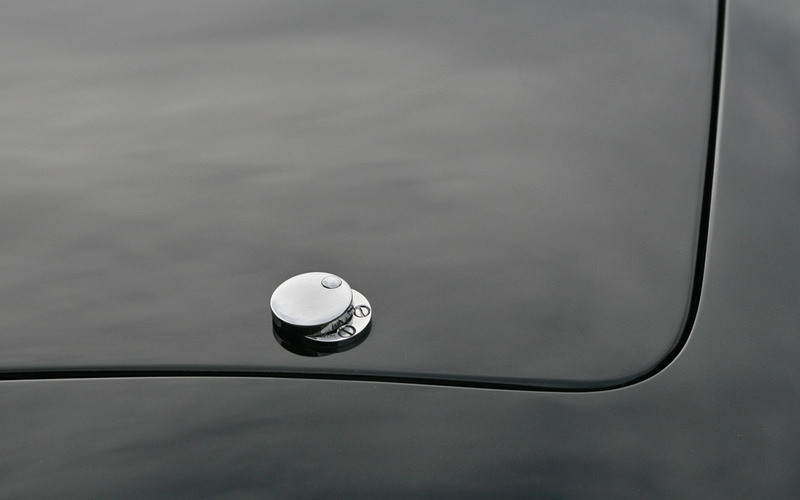 Even small details on these cars are beautifully presented, no white dried line of car polish dust here. A bit of French metalwork, polished up. 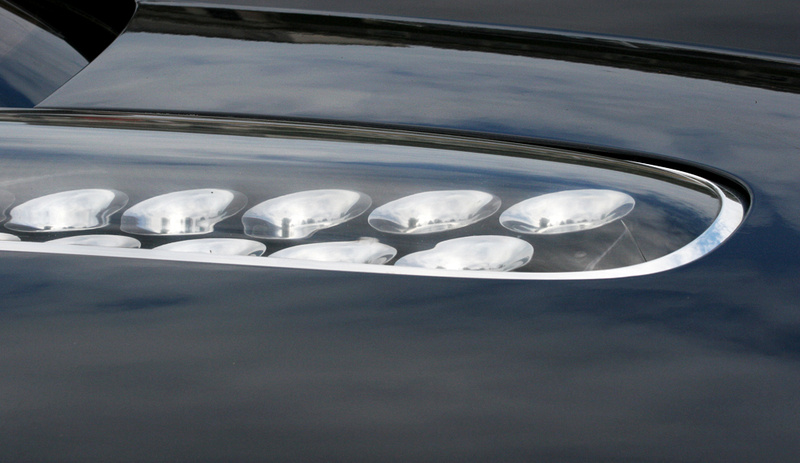 A nice group of trumpets under a perspex cover to keep them clean! 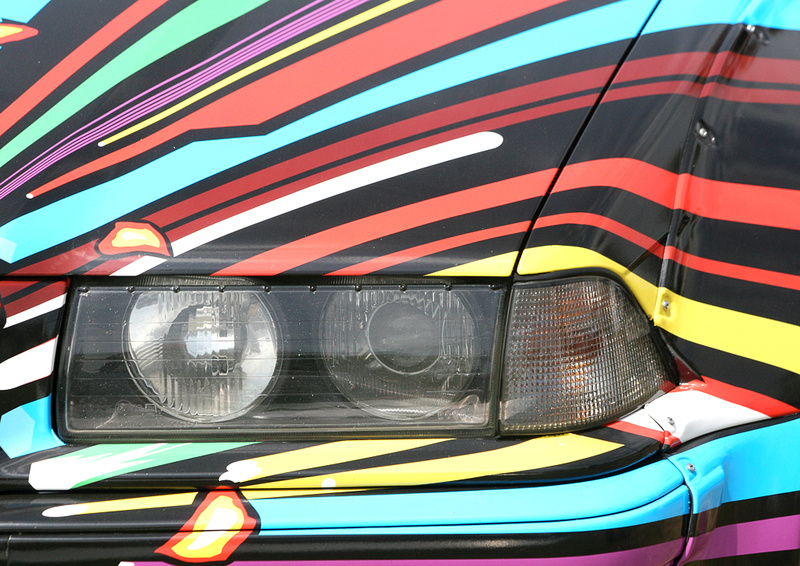 Haven't seen this paint finish in the touch up spray can selection in Halfords. 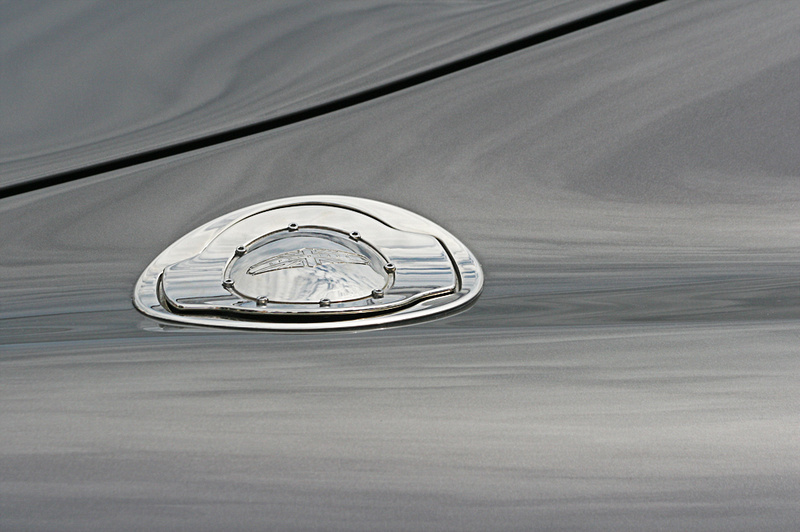 Beautifully turned out David Brown Speedback on show to prospective customers, of which you could be one if you have a spare £½million burning a hole in your pocket. One of the big attractions of this event, is the large display of F1 machinery on show. You must need a pianist's fingers to operate this steering wheel. 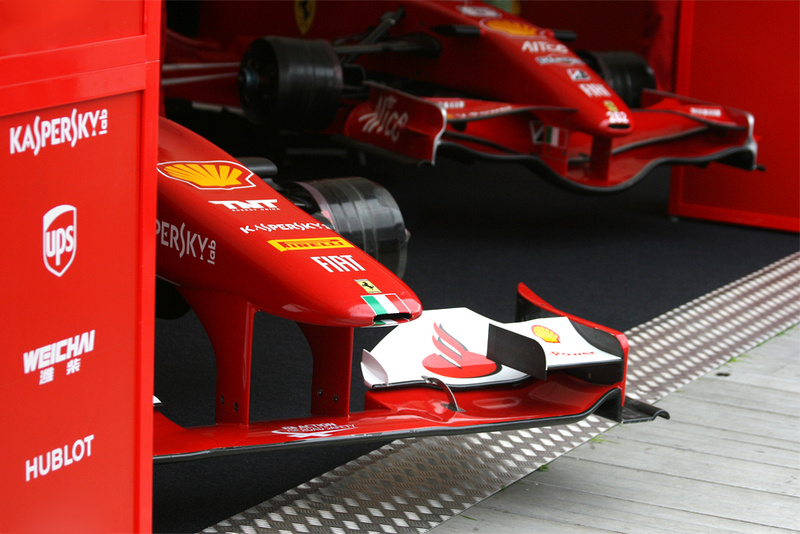 A coupe of Ferrari's peaking out from their garage. 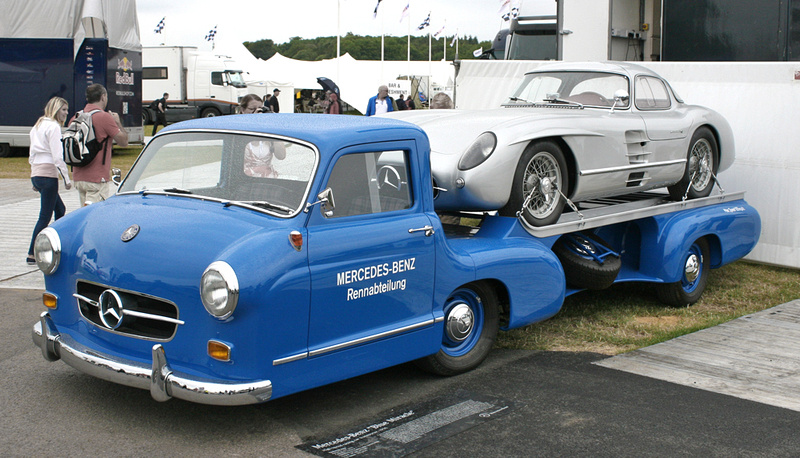 How the factory racing cars were transported once upon a time. 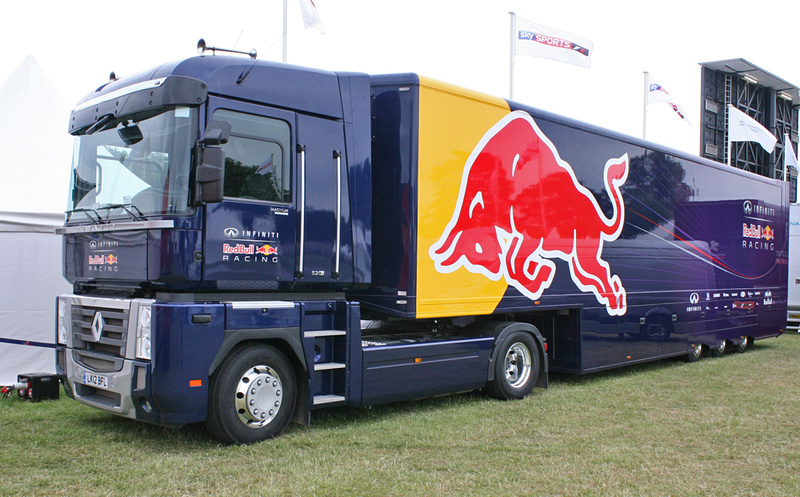 How they are transported these days! 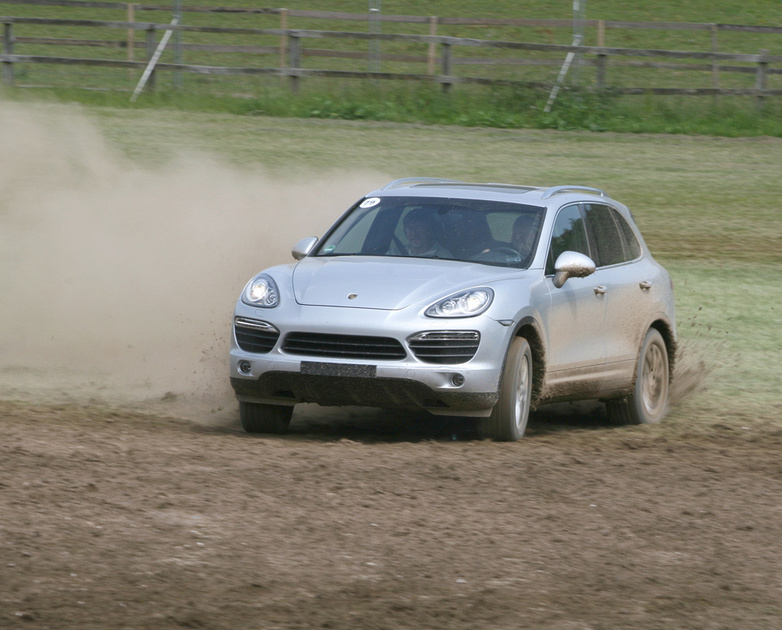 We walked up the hill past the Porsche demo area proving that it isn't only horses that like playing in fields. These buggy racers looked great fun, and managed to cover us in dust on their way past. Finally arriving at the Rally Stage at the top of the hill, and yet more dust.

Once again Lord March and his team put on a fantastic event, and we returned home happy but exhausted.