On Sunday 22nd February we headed up the M40 to Stoneleigh Park, to pay a visit to Race Retro, a show containing things related to all disciplines of Historic Motorsport. The Halls were packed with exhibits and traders to browse, with a live demonstration taking part outside. It was a very cold, bleak day and so the wide variety of indoor attractions had its benefits! 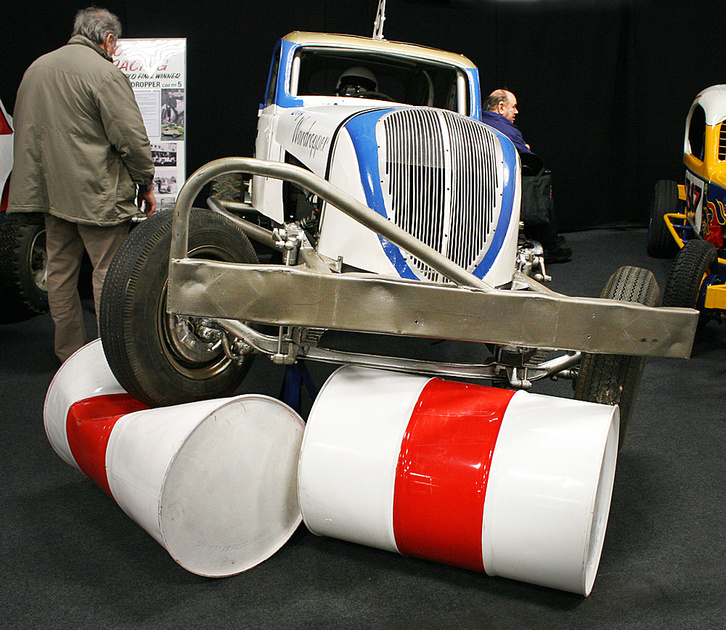 On of the more robust types of machinery on show! 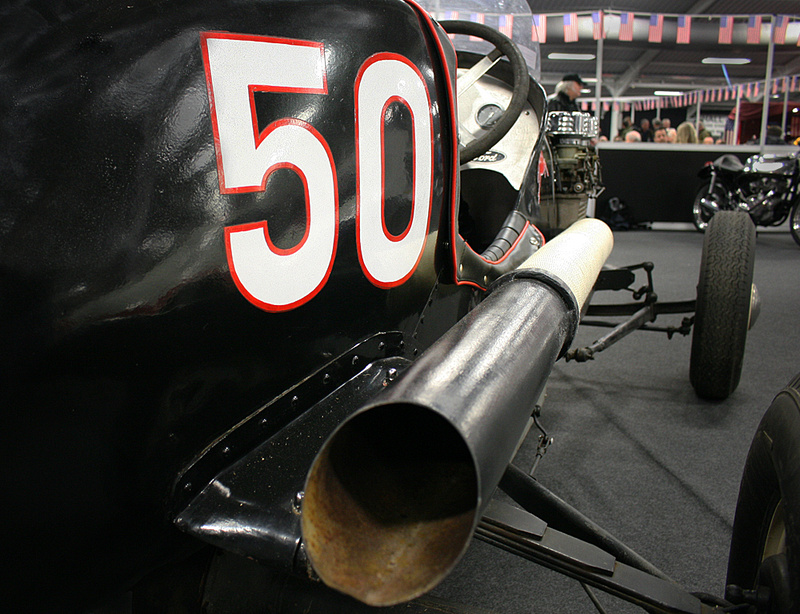 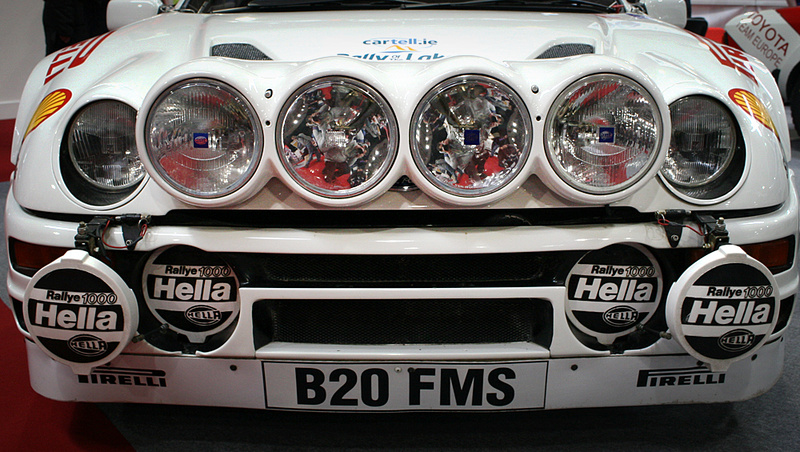 They do say that you can never have too many lights when it gets dark, but I would think this RS200 is adequately equipped for when the sun sets. 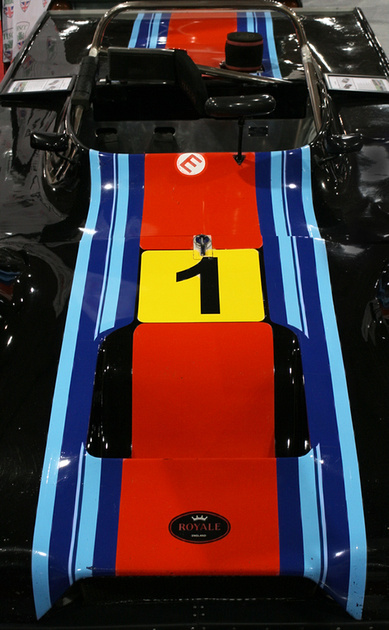 How about this for a striking colour scheme? 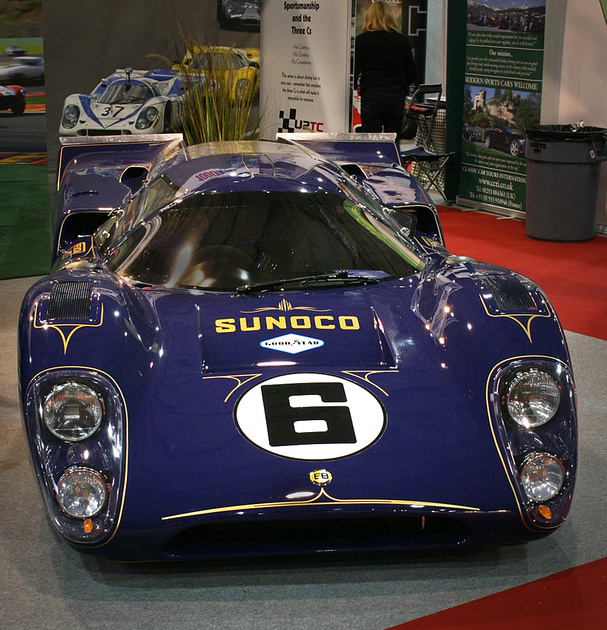 I do believe this would be fast enough for most people's needs. 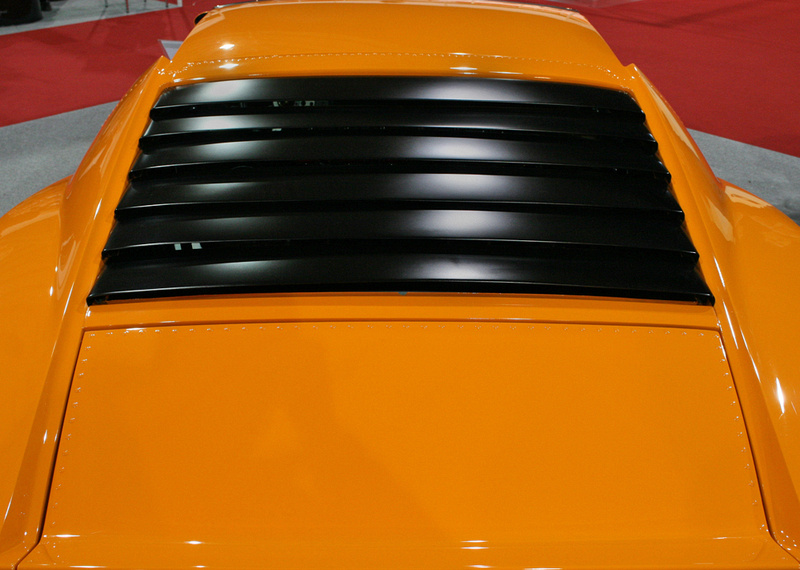 The rear view of a very impressive Miura to Jota spec, which could indeed look resplendent on my drive now, if I had passed over the required £850,000, and bought it. I very nearly did, but then realised I was a little short of money, well £849,995 short to be honest! 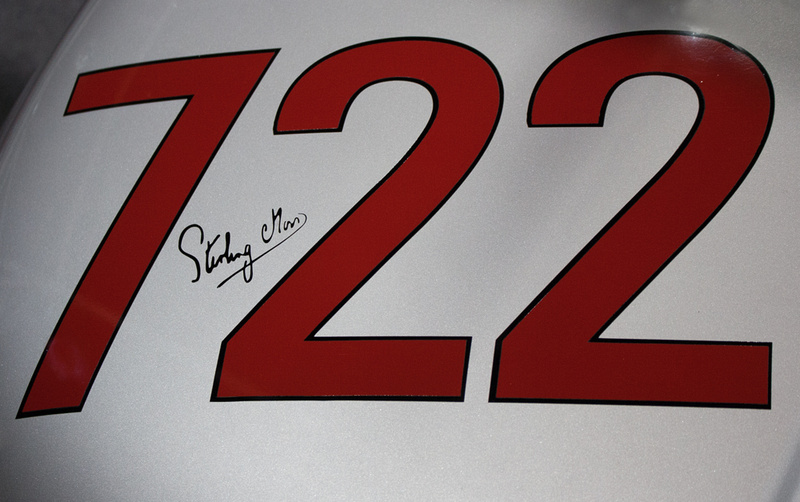 When you see those infamous numbers, silver paintwork and Stirling Moss's signature, you think of only one make of car, Mercedes. 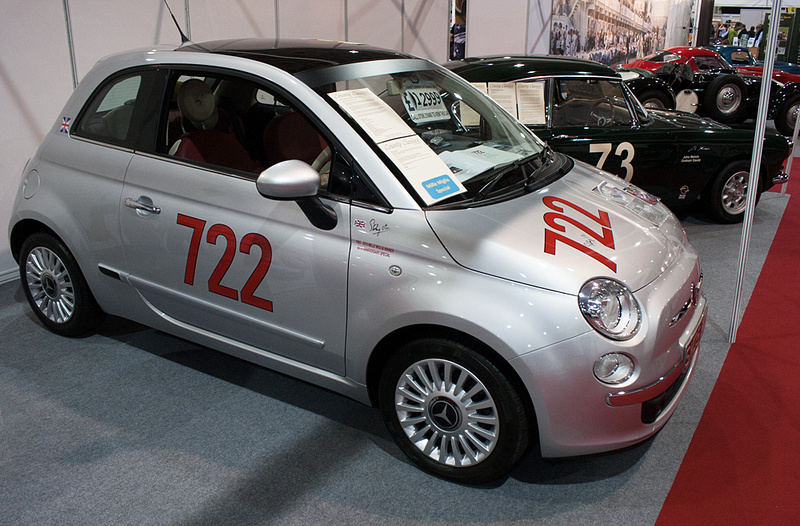 Quite what they were doing on a Fiat, I have no idea! A Fiat no less, with Mercedes wheels to confuse me even more! 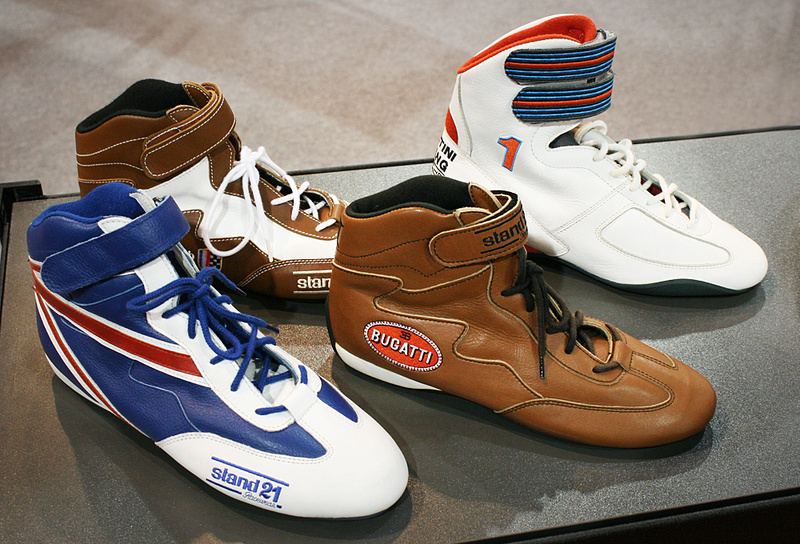 Driving shoes in all styles ready for you to dance on the pedals with. 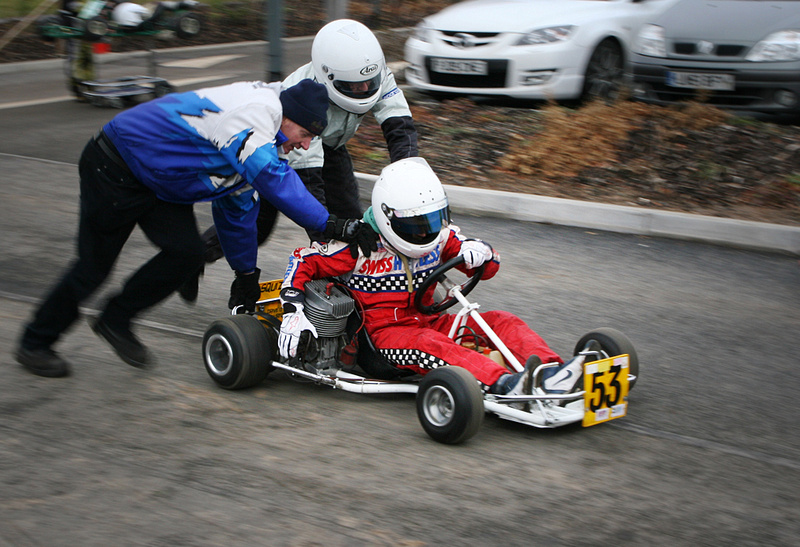 The real reason, for me at least, for attending Race Retro is for the outdoor demonstrations. Here we see one of the Historic Karting fraternity getting a push start to fire the engine up. No fancy laptops and cables to start these. 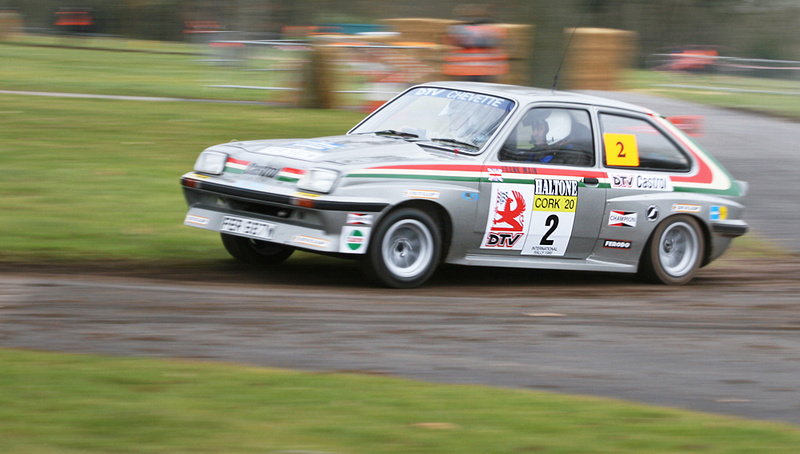 But, of course the highlight of the day was when the Rally Cars come out to play. 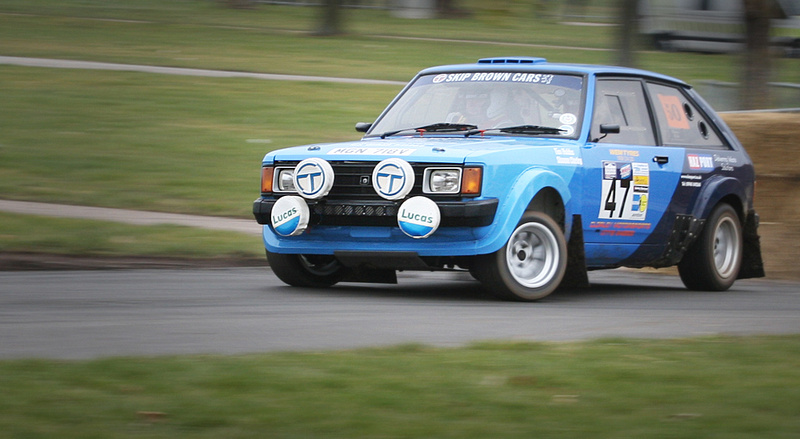 There were a diverse selection of Rally weapons on show, from these small hatchbacks to much bigger machines. 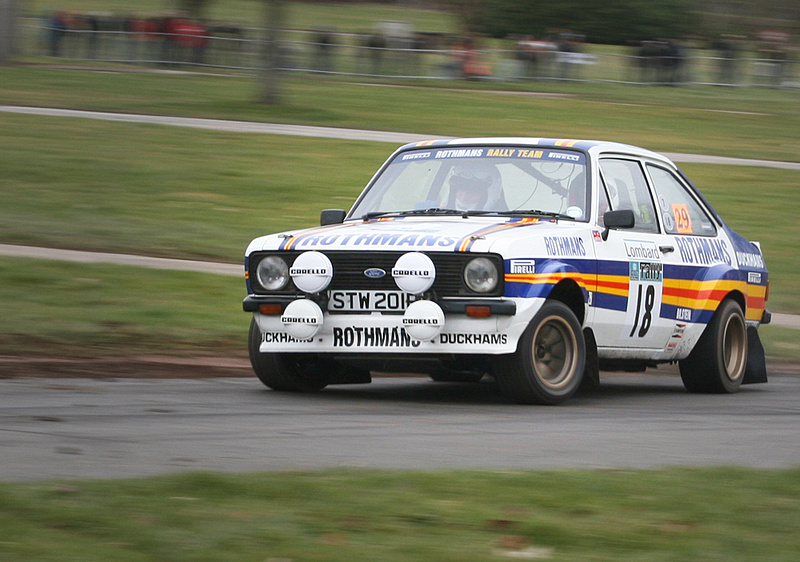 The Escorts of course, were the weapon of choice in their day, and this one looked resplendent in it's sponsor's paint colours. 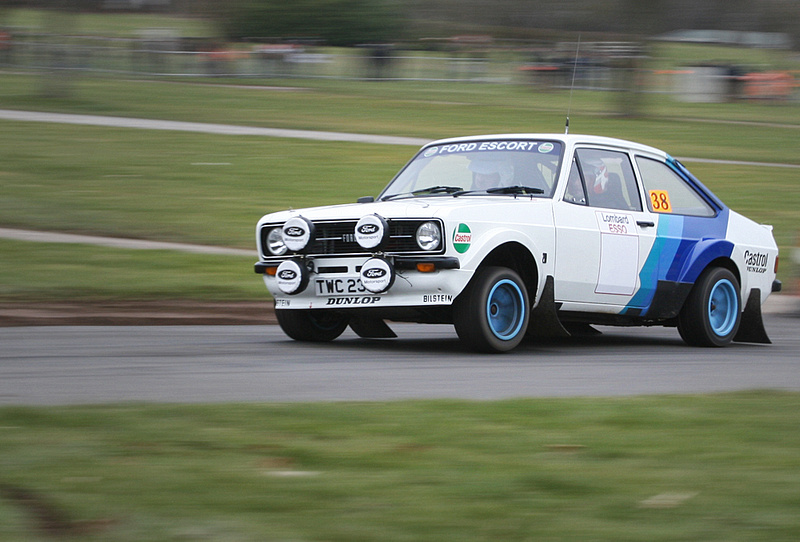 With the rear of the body pulled down into the tarmac we can see that the acceleration is pretty savage. 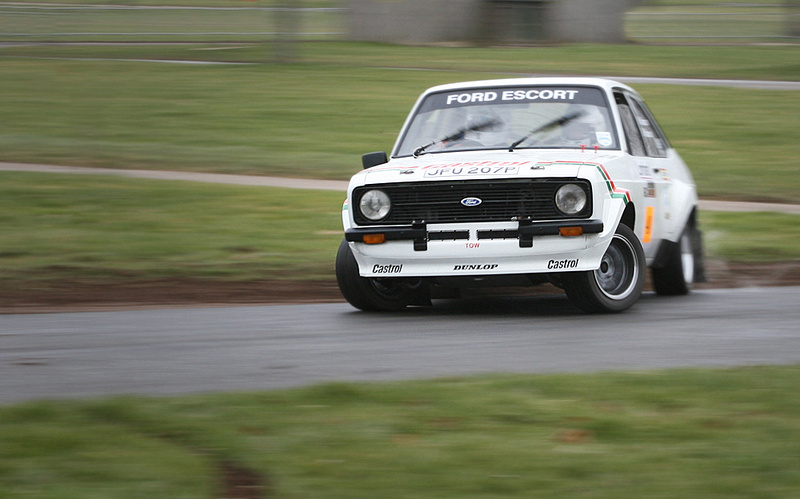 Rear wheel drive, greasy tarmac and a very skilled driver means that the front wheels are never pointing in a straight line. A classic pose as the Escort gets plenty of sideways action. 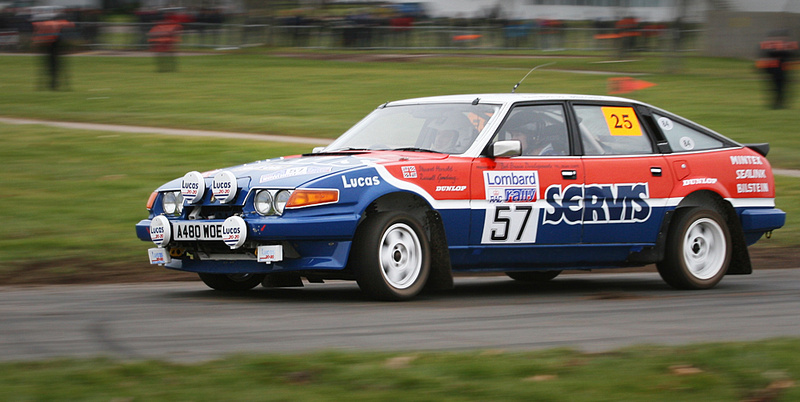 Many years ago my Dad had one of these SD1's, and I never envisaged that anyone could turn such a big cruiser into a rally car, but clearly they did.

Ferrari's are never your immediate choice for making a suitable rally car, but here we have an example to prove that it can be done. 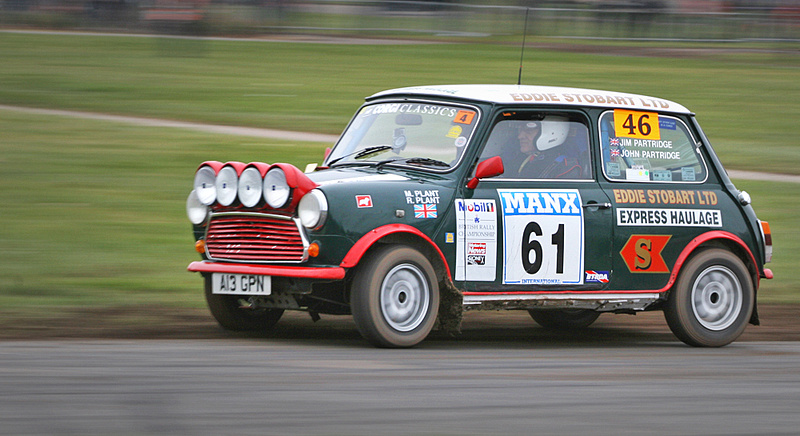 It may be small, but it is still mighty quick. 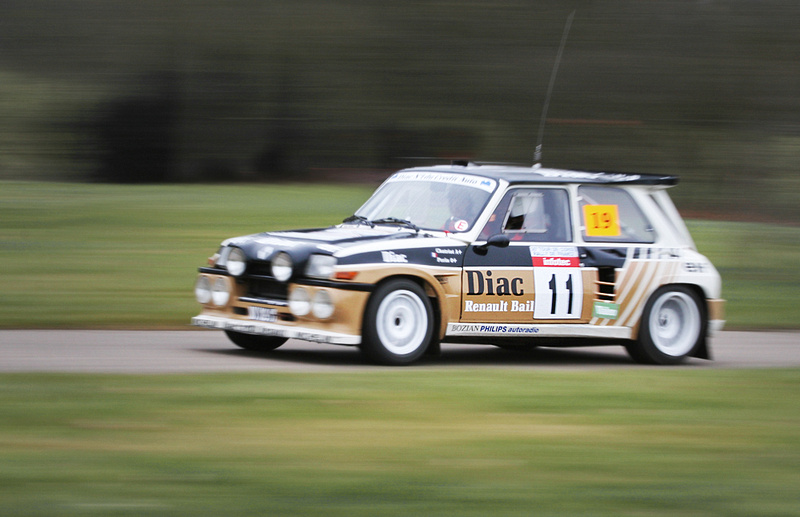 Small hatchback with a turbo engine kicking out some serious bhp, makes this Renault a small rocketship. 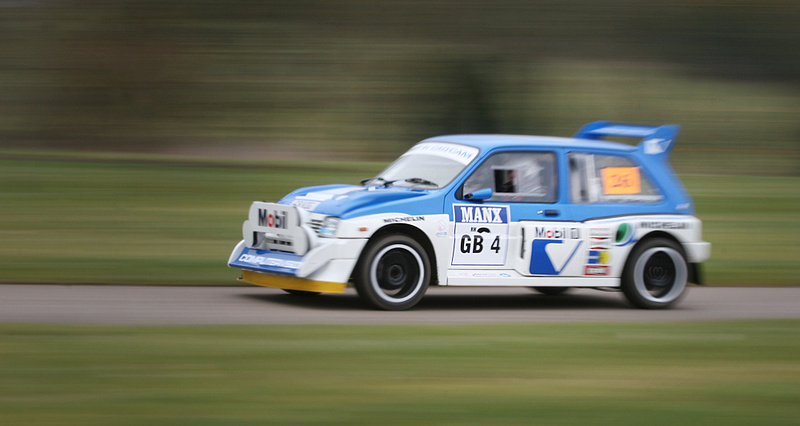 Talking of miniature rockets the 6R4, although not the prettiest of machines is gloriously built with only one thing in mind, speed!

As the course is quite compact there was an endless stream of cars coming around. 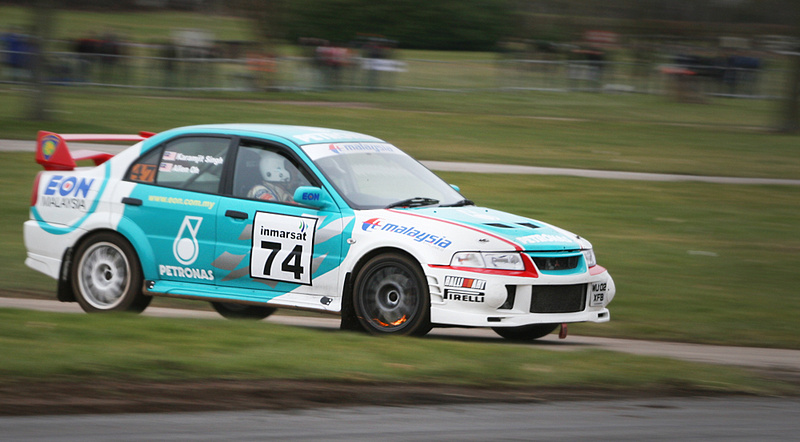 Just to prove that the drivers were really trying, have a look at the flames coming out of the front brake, as it is being worked extremely hard. 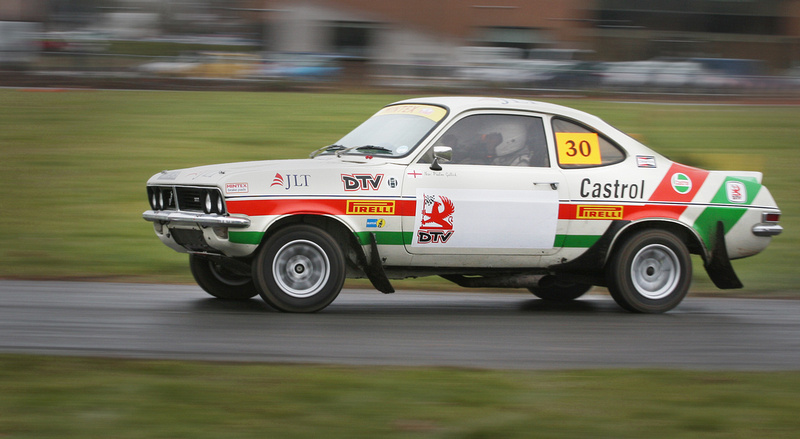 This Vauxhall had the best sounding engine of the day, a real raw brute of a machine, and looked a real handful to control, much to the crowds delight!

A really enjoyable day out, with plenty to look at, and the rally cars were a joy to watch, as their skillful drivers wrestled them around the track.