Time marches on at a tremendous pace, and so we find ourselves heading down to Brooklands for their Autumn Motorsport Day on October 12th. Despite there being some changeable weather around at the weekend it remained dry at this event, luckily, ensuring a good turnout of cars, as well as a good number of spectators.

The range in competitive cars was immense with most disciplines represented, and there were some real rarities being given an airing. 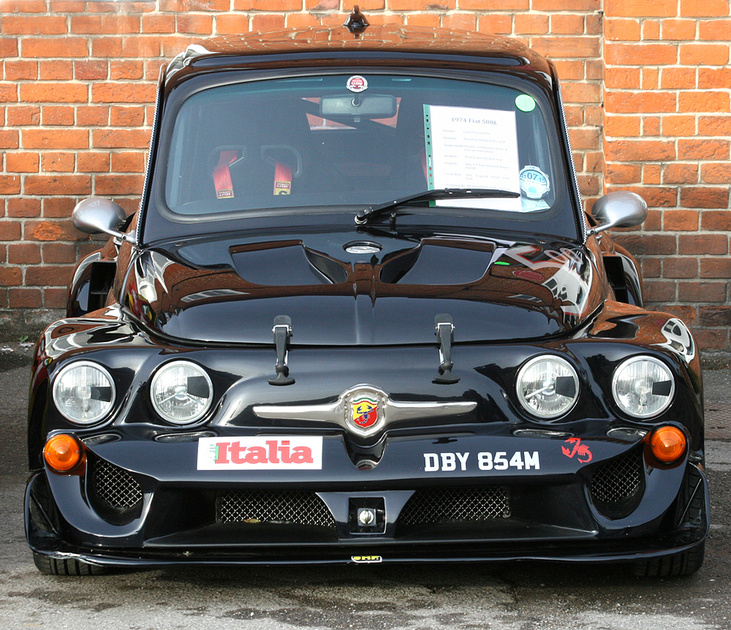 I got there nice and early and stated to look around the paddock as cars began to arrive. This Fiat looked very racy just parked up, let alone in motion. 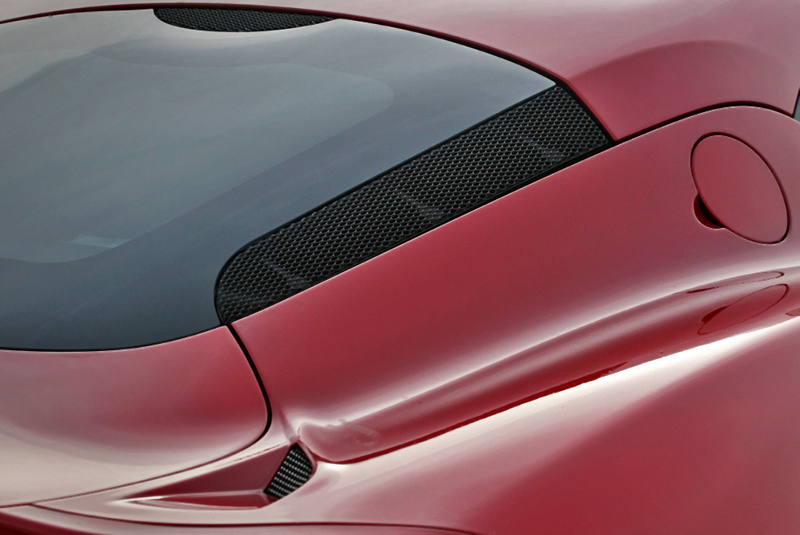 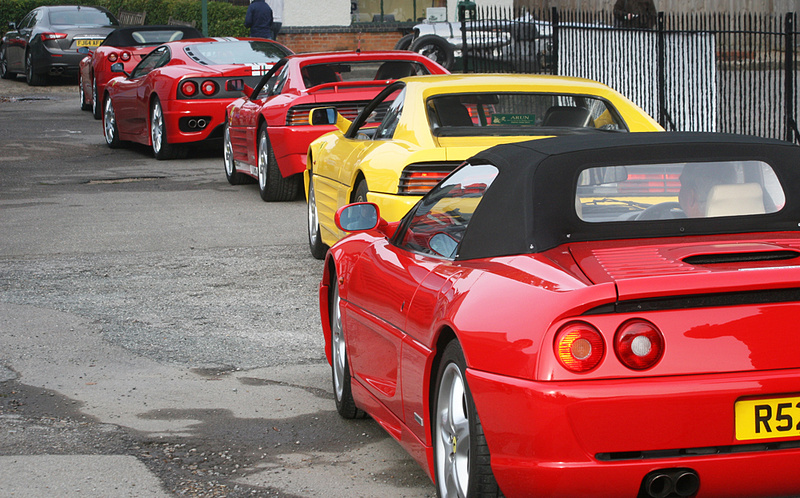 A queue of Ferraris entering the museum site for display. 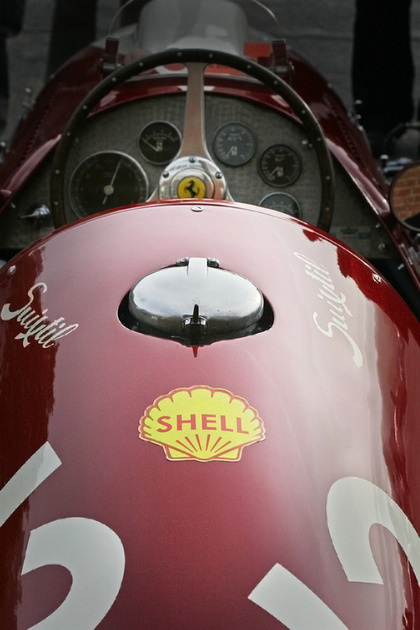 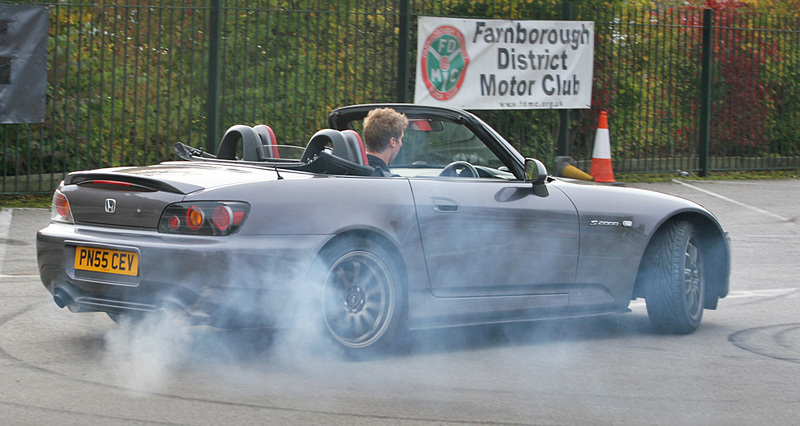 The Autotest drivers kept us entertained with their display of driving skills, as they slid and span their cars around the cones. 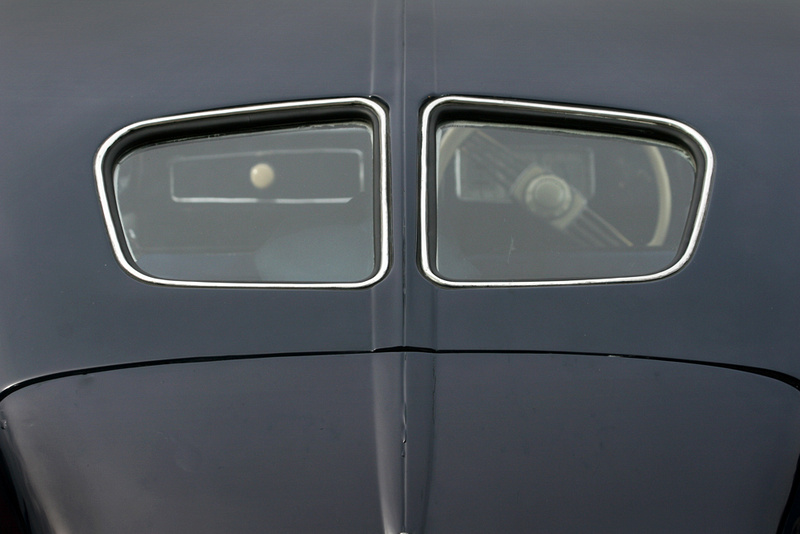 How retrained and elegant this elderly car looks, even if you can see a human face represented. 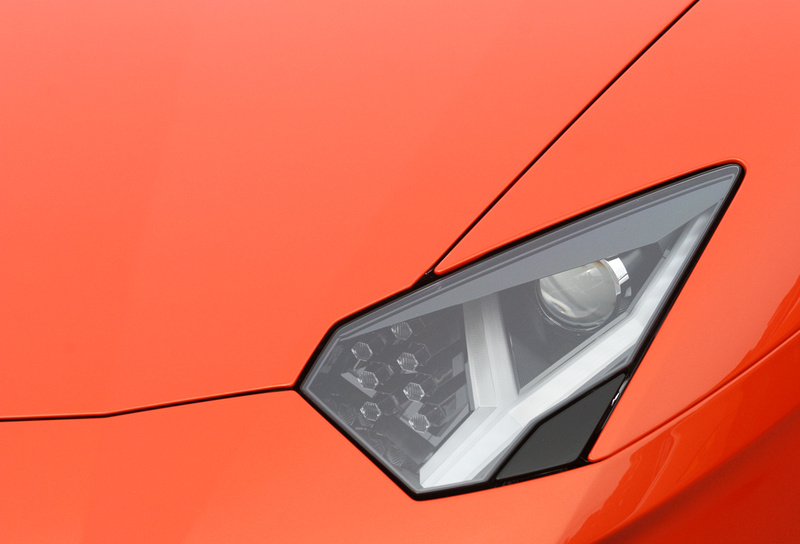 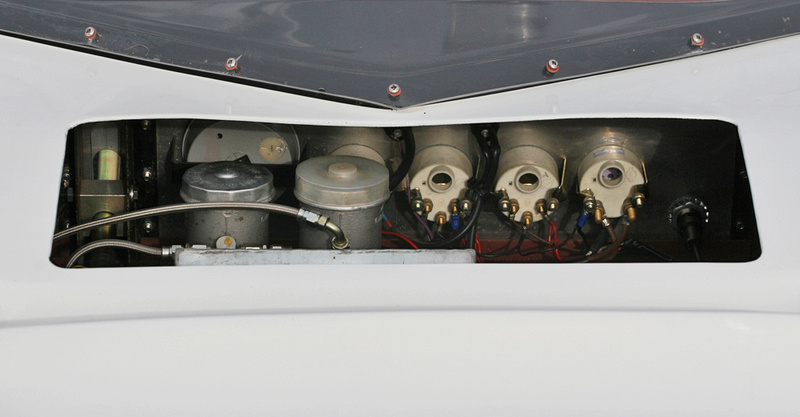 Some of the normally hidden engineering on display as cars were fettled. 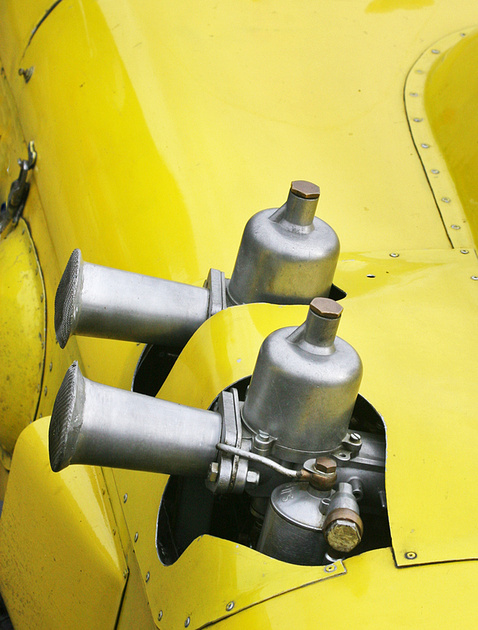 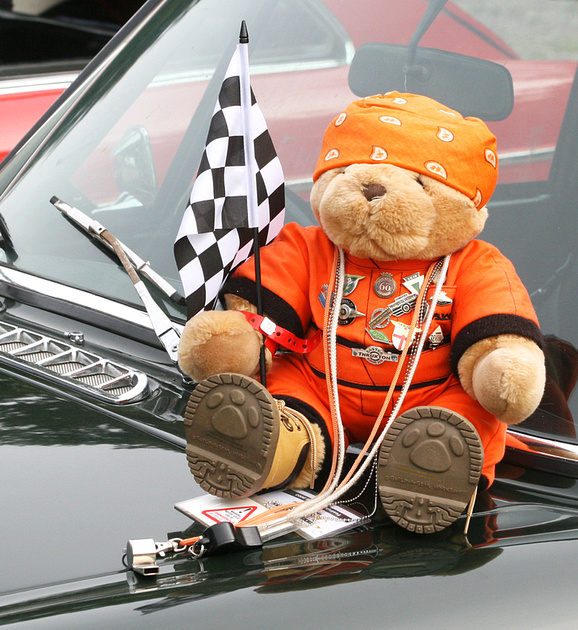 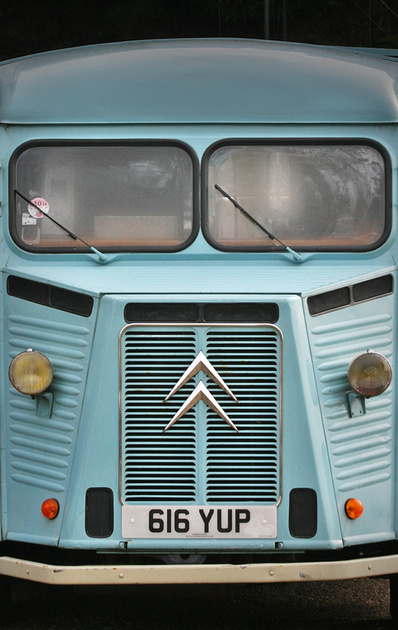 Just about the coolest snack van I have seen.

At midday various machines were let loose around the MB World track, to show us what they were capable of.

Looks as if the engine has outgrown the car! 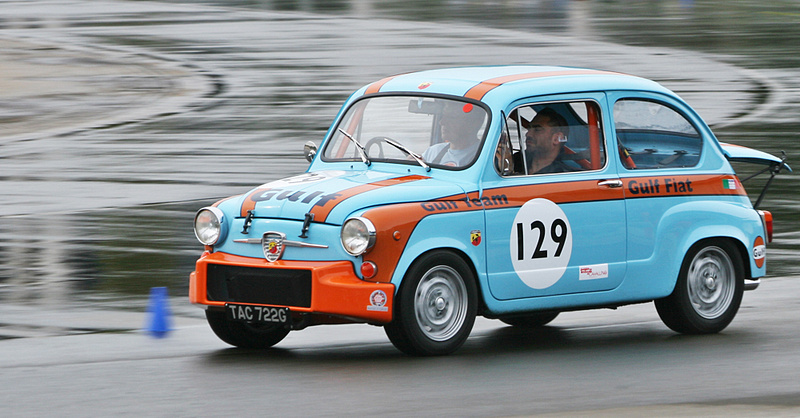 Now that is an evocative colour scheme. 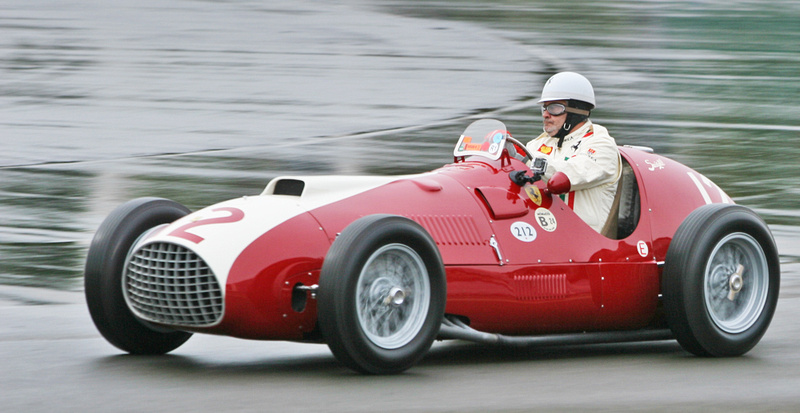 Simply stunning, and the glorious noise it made was a joy to hear.

As the pace cars was removed for the demo runs of the Formula Nippon and this Formula 1 Benetton, we were able to fully appreciate the howling engine note as they chased up and down the gearbox.

From any angle, it still looks a menacing machine. 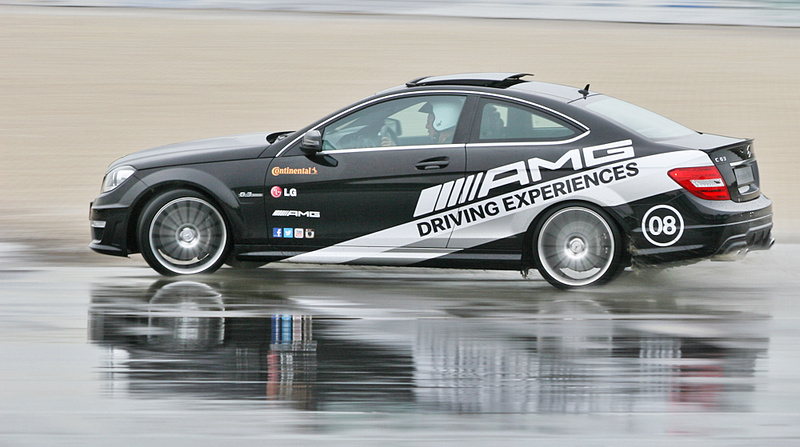 After the demo runs, the Silver Arrows demonstration team, showed off their driving prowess to the crowd, and very impressive they were too. 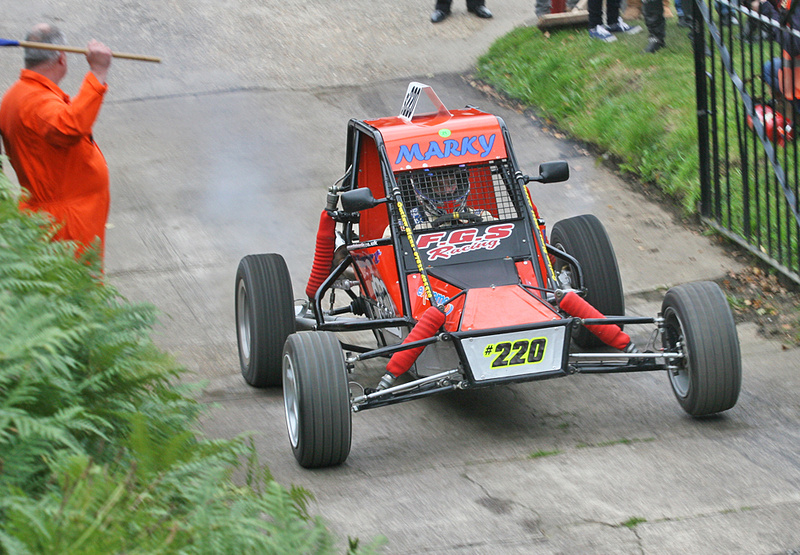 Later on in the afternoon the Test Hill was in action, which is always a crowd pleaser, particularly if there is some spirited driving on display such as 'Marky' demonstrated. 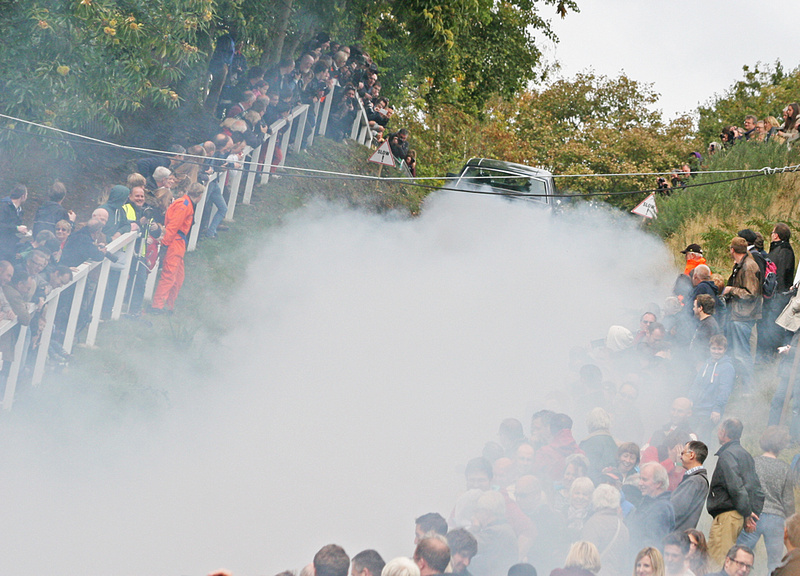 None pleased the crowd more than the driver of this racing Bentley who managed to wheelspin the whole way up the hill, which caused much clapping from the appreciative crowd, along with coughing and nose blowing as the acrid burnt rubber aroma filled their lungs! 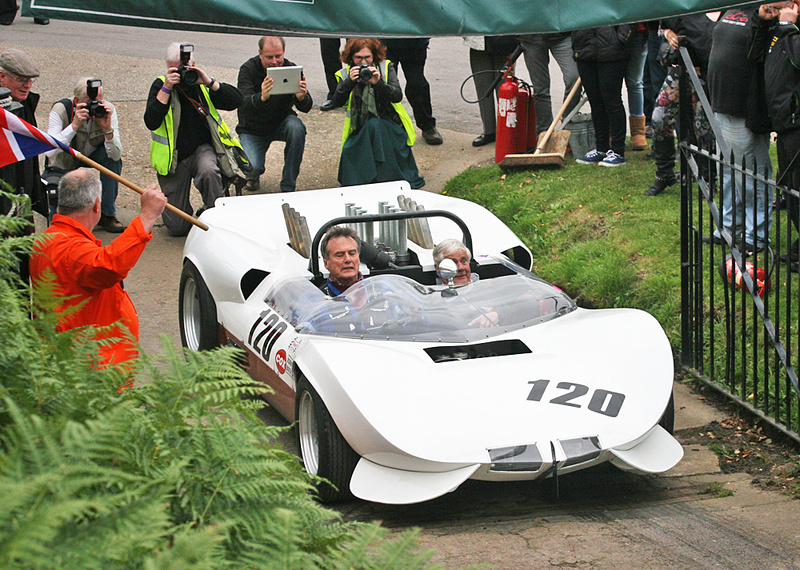 In case you were wondering if the participants get apprehensive before barrelling up the hill, just have a close look at this passenger's expression!
Once again a fantastic day out, looking forward to next year's event already!
Keywords: 2014, Autumn Motorsport, Brooklands, Classic Car, Ferrari
« Previous Post Next Post »