On Sunday September 7th, we headed off to Hampton Court Palace for the Concours Of Elegance 2014. This is the third year that this event has been run, the previous two at Windsor Castle and St James Palace respectively, both of which I also visited. The first thing that struck me as I walked in was that there was an awful lot more space for the cars to be displayed in, than the two previous venues. So much so that not only were the Concours cars displayed within the gardens, but also the entrants from the Octane Tour when they arrived, as well as cars from selected owner's clubs. This obviously meant that there were plenty of cars for us to study!

Although the cars were polished up to an inch of their lives as you would expect, the surrounding roads and paths were very dusty in their nature, and the valeting team had their work cut out keeping the film of dust off the cars as they sat on display, and at times it was a losing battle for them. The cars of course were magnificent, although I would have to comment that there wasn't the occasional jaw dropping wow inducing machine that there has been at the the previous two events, either that or I am getting harder to please in my old age. Either way, this was still the best collection of important cars that you will see in Britain this year. 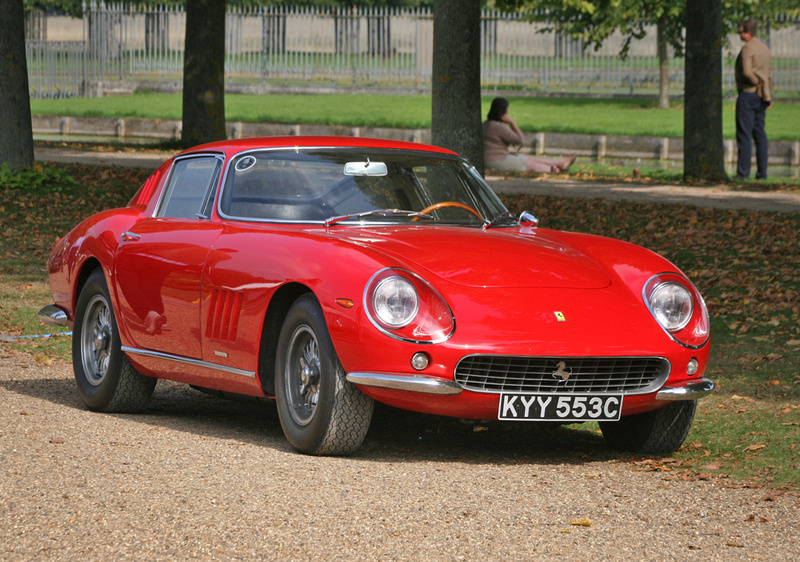 Simply stunning, as a 1960's Ferrari should be of course! 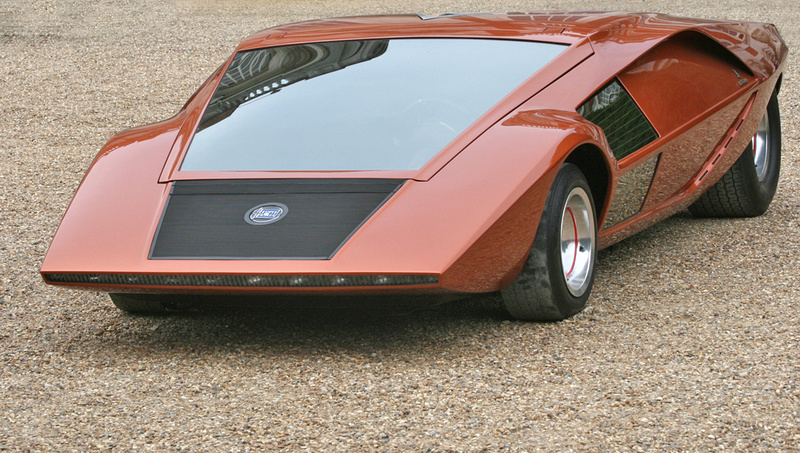 One of the more unusual vehicles on display, which would probably prove a bit tricky to clamber into! 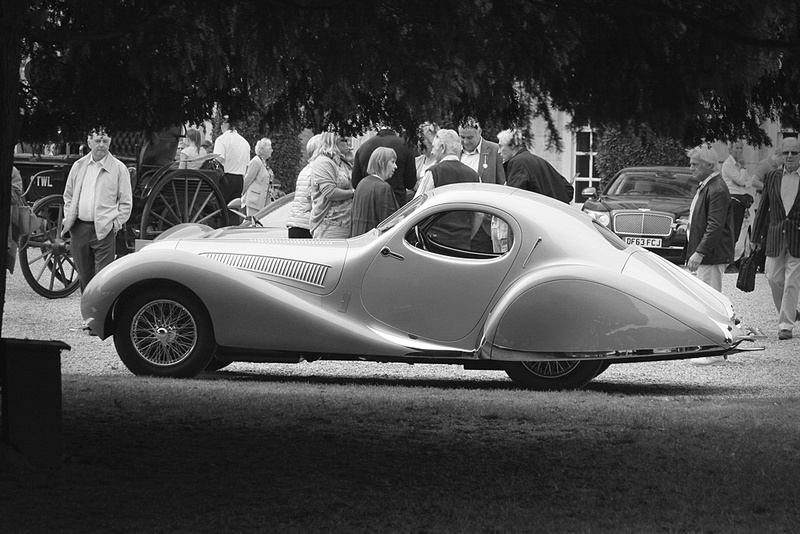 They sure could bash out some classy bodywork, those Figoni et Falaschi boys. 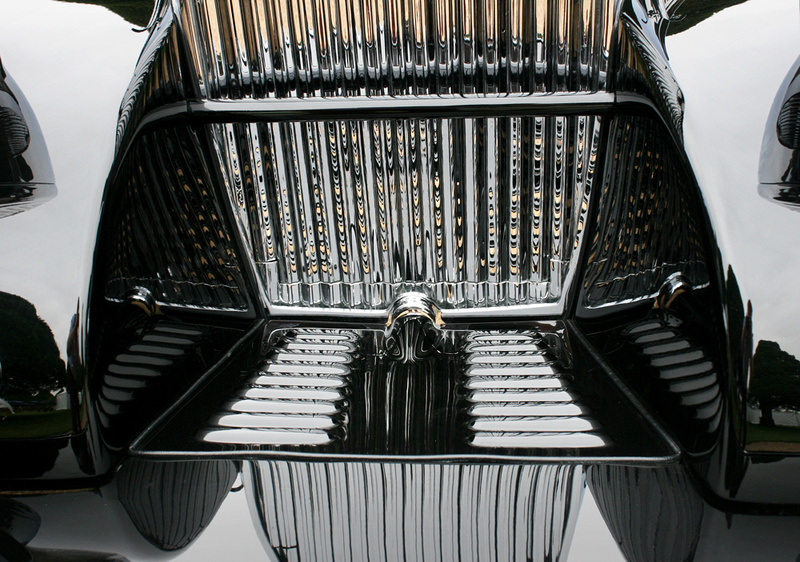 In case you were wondering, this is the front end of a delectable Bugatti. 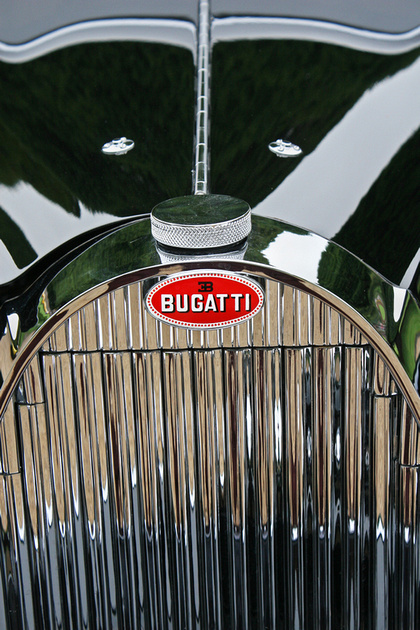 Just in case you needed verification of the Bugatti credentials. 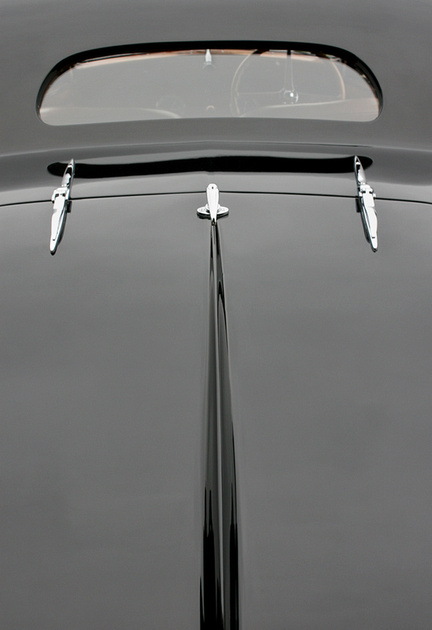 That is what you call a boot! 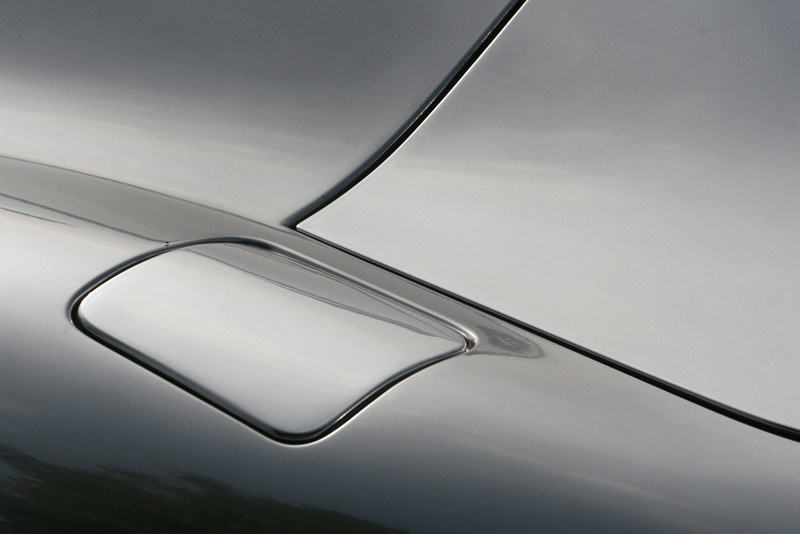 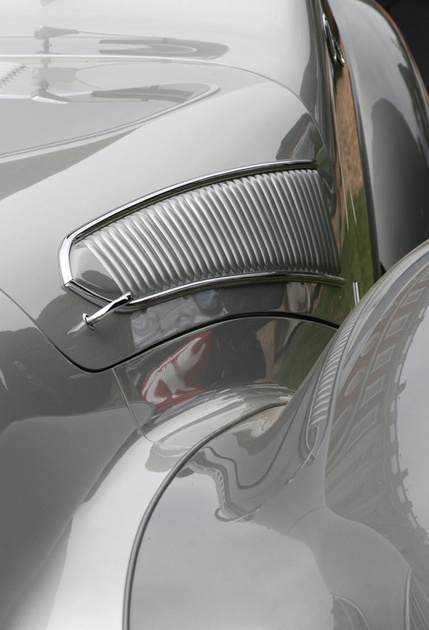 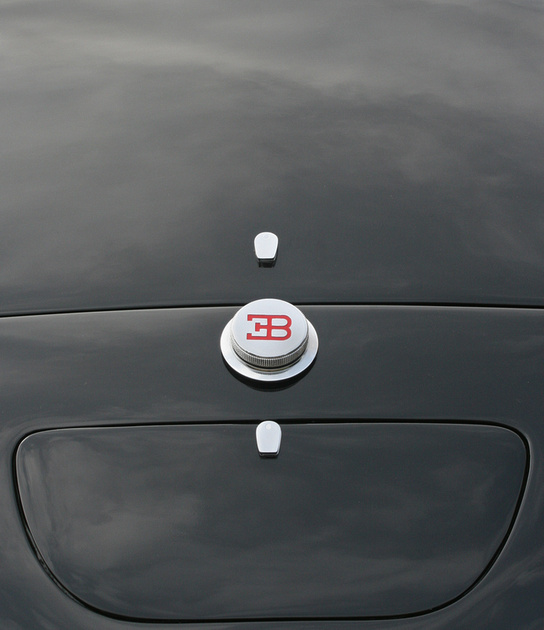 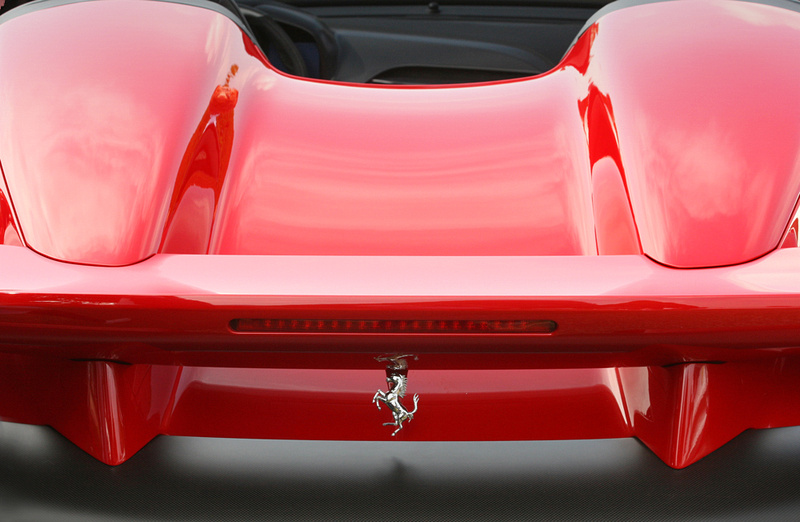 Rear view of the one off Ferrari F12 TRS. 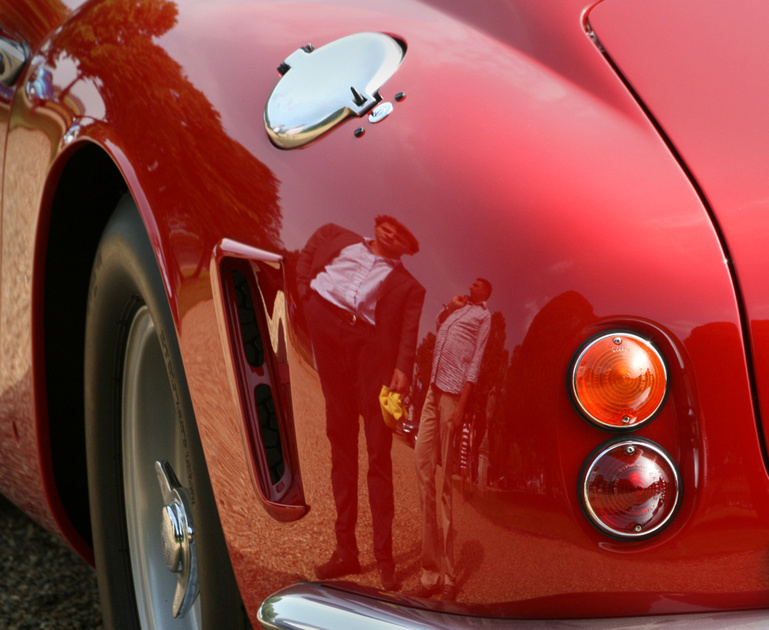 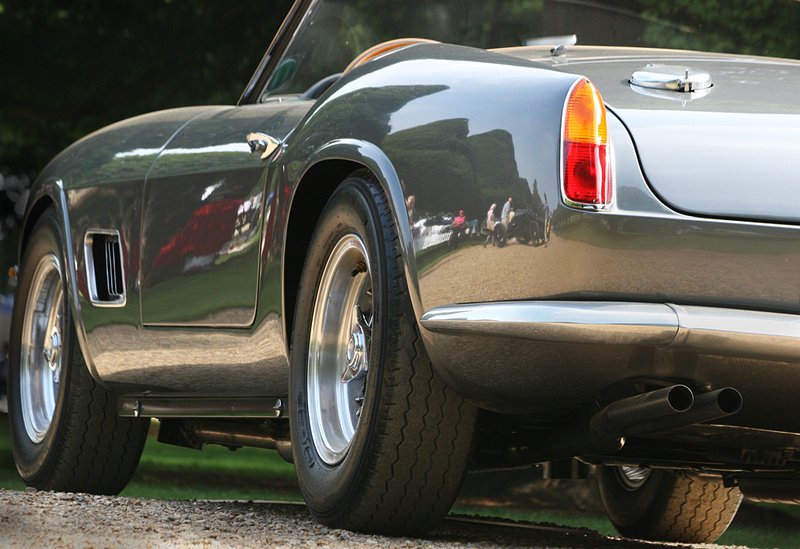 An ant's view of a few million quids worth of Italian exotica. 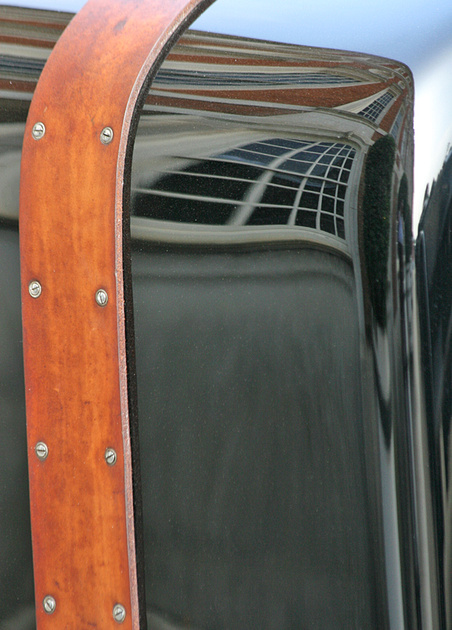 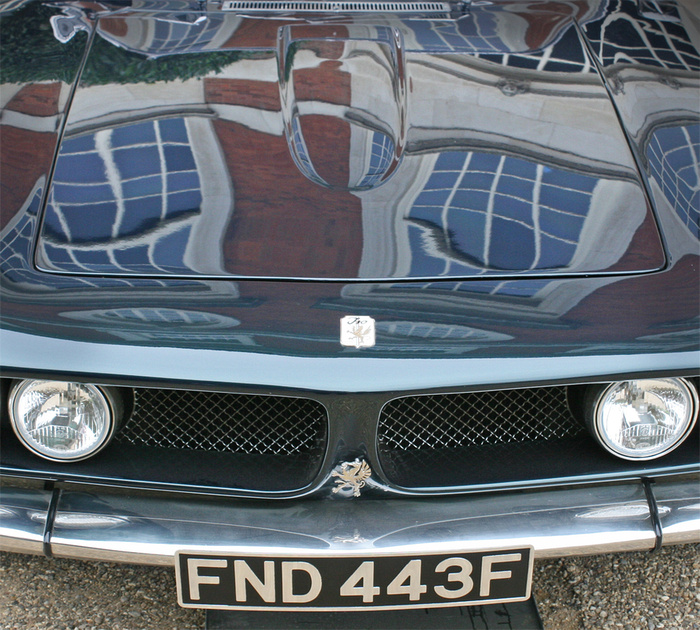 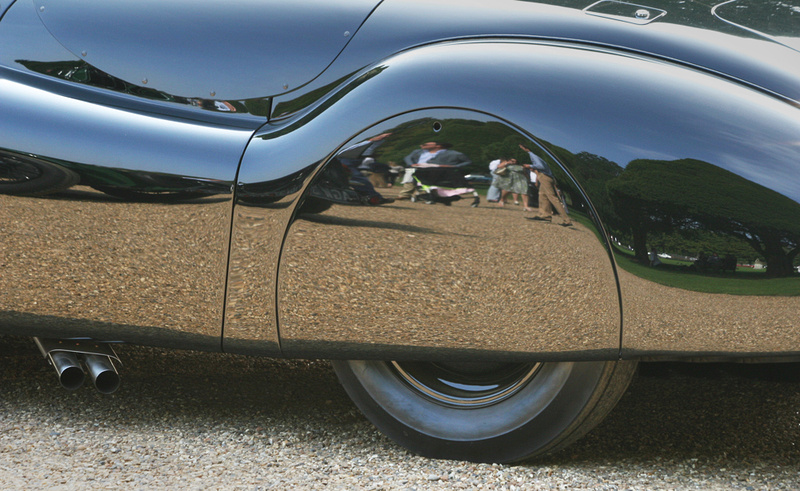 I wonder if they only polished the bottom half of the back wheel that was on show? 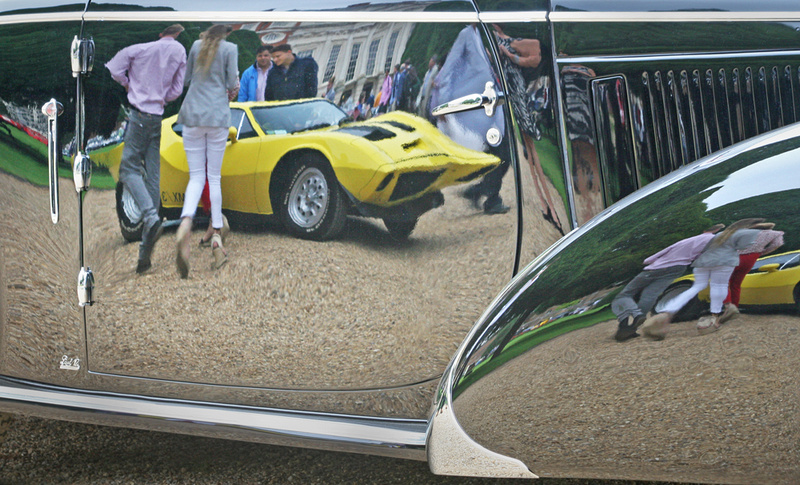 I'm sure the shoes weren't that big in real life! 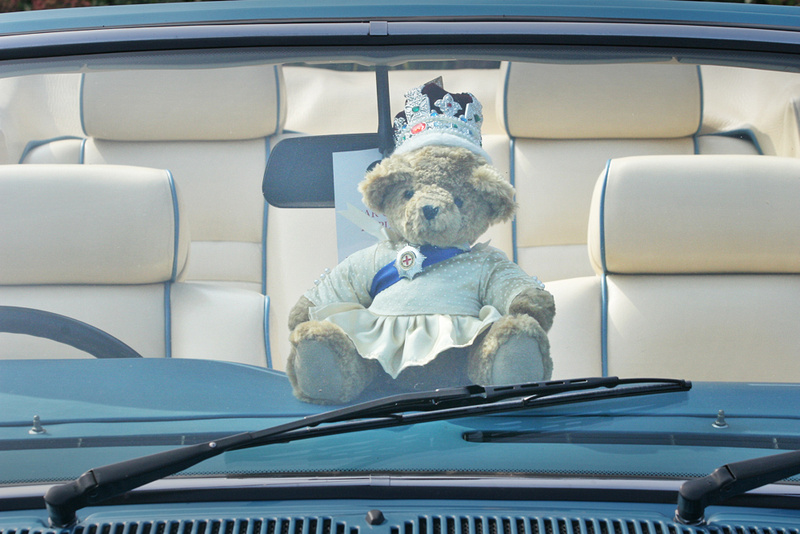 The Royal Bear keeping an eye on things. 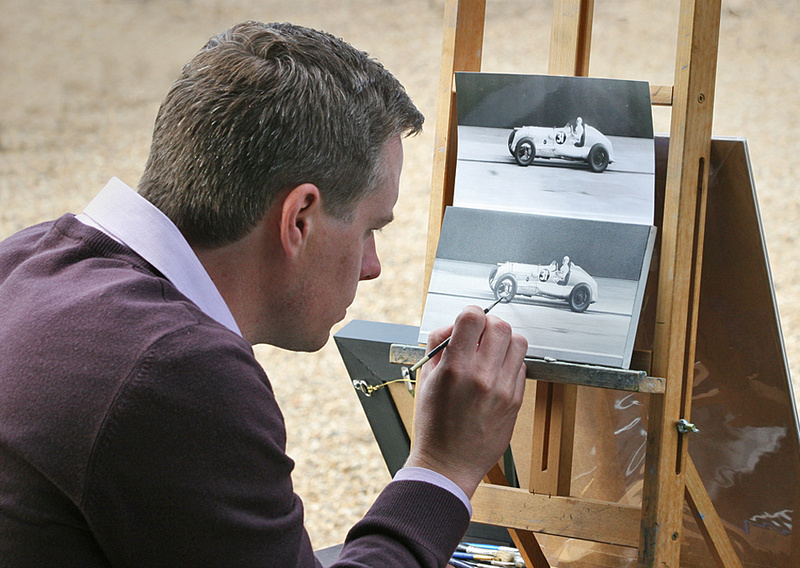 A couple of artists were in attendance, and just look at how realistic the painting that he is working on looks. 40 hours of work had gone into this small work of art up to this point. Should have taken up photography, 1/500secs normally creates my picture! 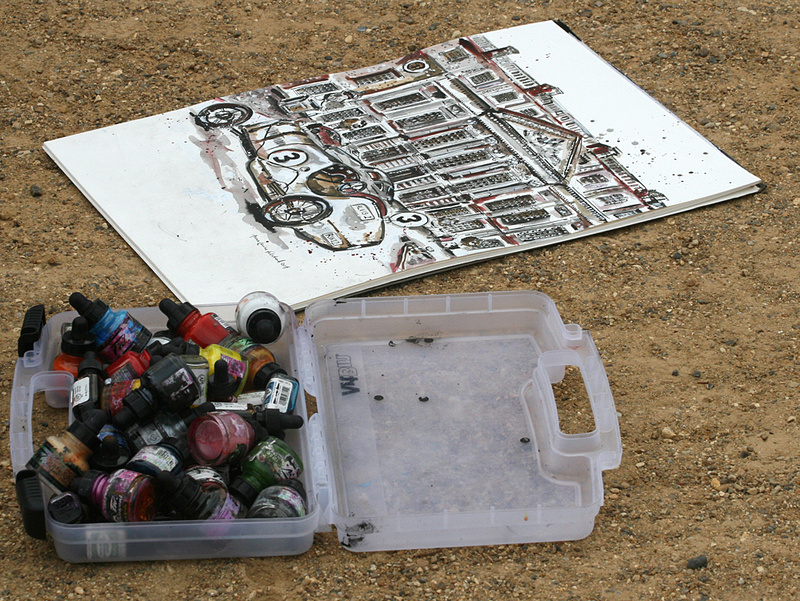 Just a few pots of paint being used, by another artist. 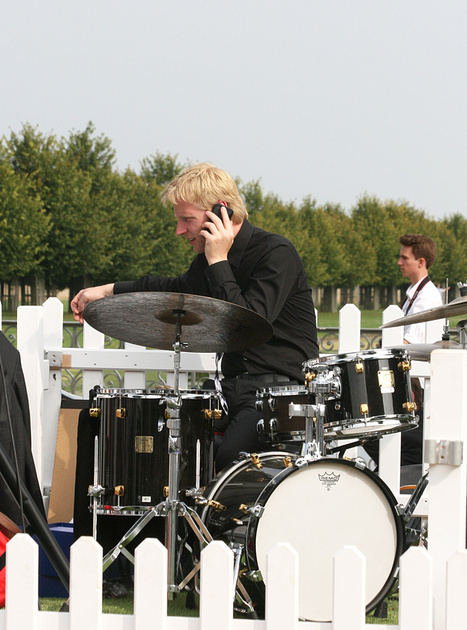 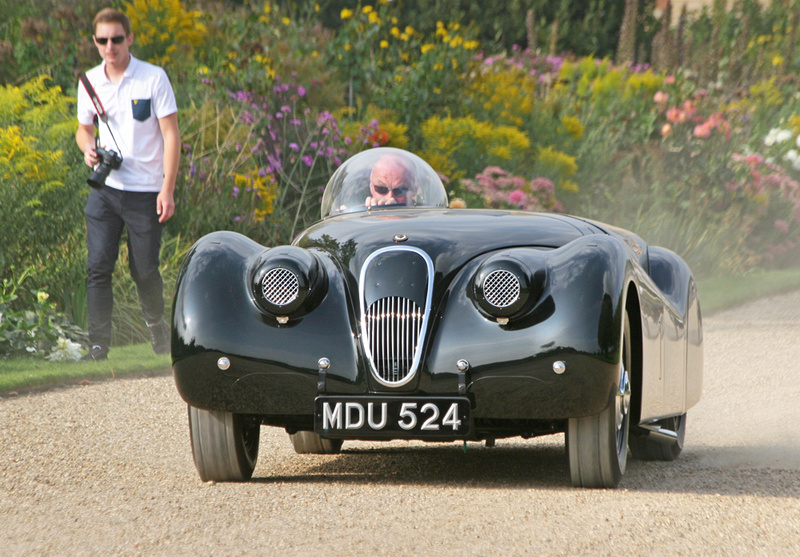 At the end of the day it was time for the cars to make their way home or indeed to the safety of their transporter, and so the Grand Depart started. The previously mentioned dust can be seen in the next few pics. The Jaguar driver above was doing a good impression of a goldfish! 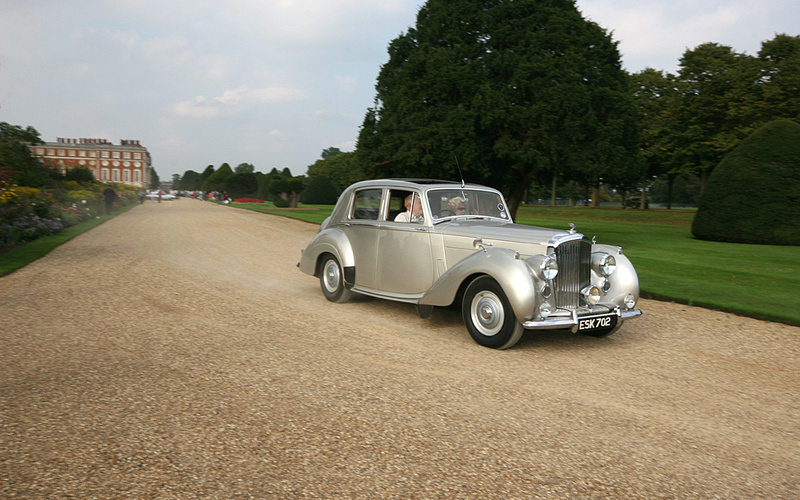 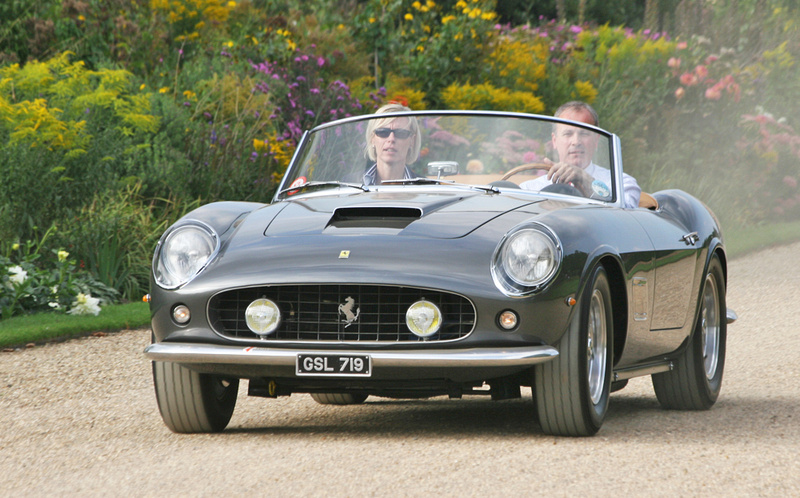 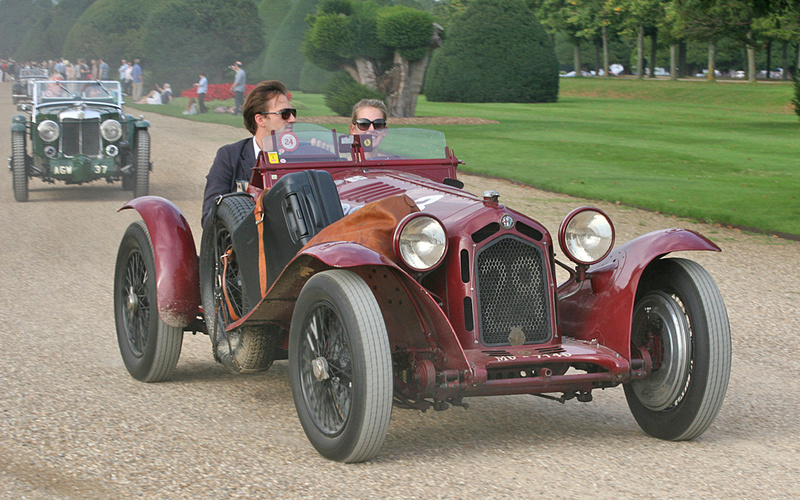 One way to carry your luggage I suppose. 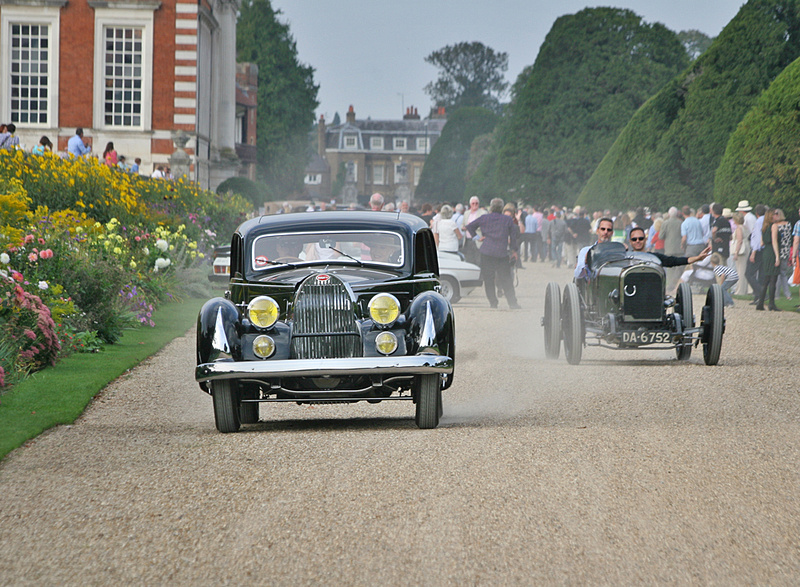 Overtaking down the outside. Love the way that the tyres on the large Bugatti look ridiculously thin by today's standards. 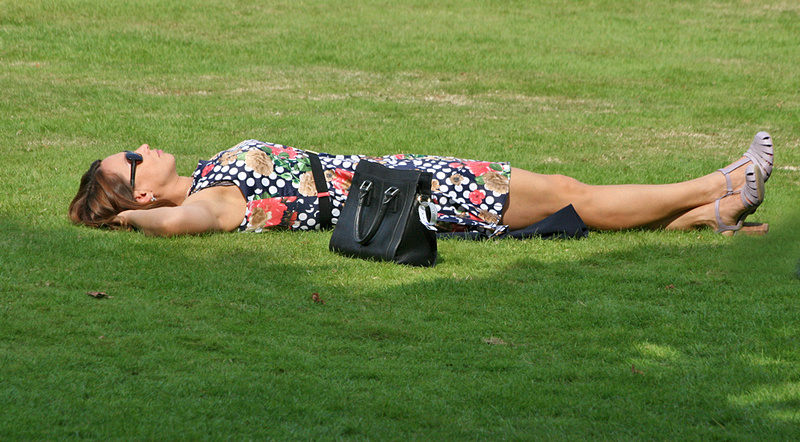 Sure enough the day proved very exhausting for some!

The weather was kind, the setting was magnificent and the cars were of the highest quality. Can't ask for more than that!