Having just returned from an enjoyable holiday in France, I thought I would share with you some pics and and a few words about our time there. Some people give a quizzical look when told that instead of zooming off to Brittany or the Riviera, we always stop in the Pas-de-Calais region, and arrive in our destination of Guines within 20 minutes of getting off the Eurotunnel. With everyone rushing off to (hopefully) sunnier climes, this leaves us with virtually empty beaches to explore. 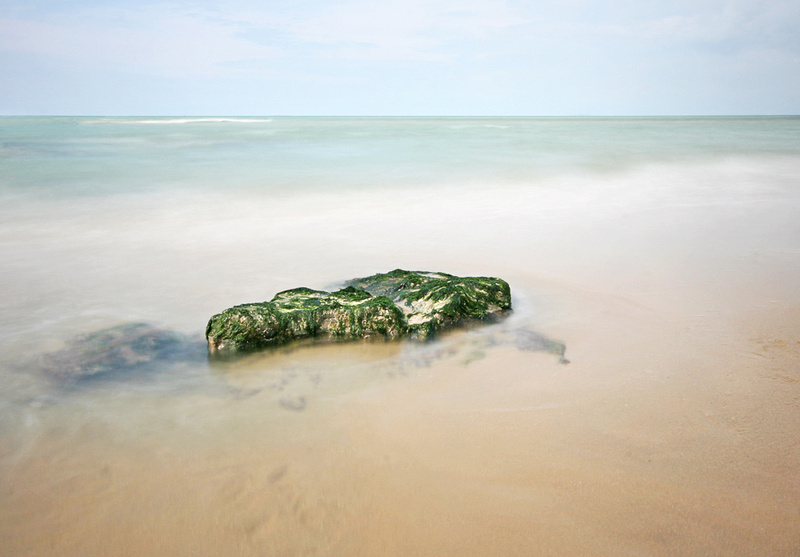 The coast around the area is very scenic, and differs from large sandy beaches to picturesque rocky shoreline. After walking over the rocky shoreline at Audresselles, we found ourselves down at the water's edge admiring the water movements over some semi submerged rocks. 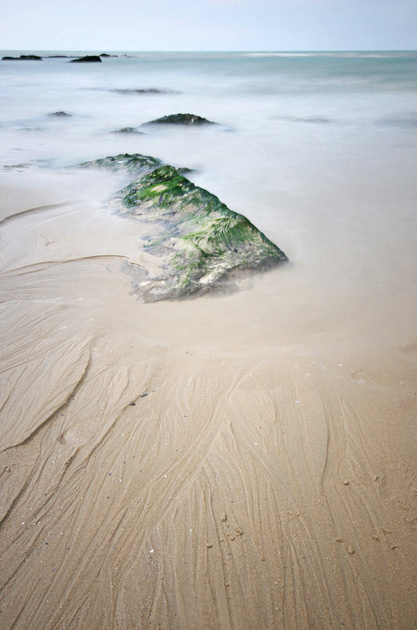 The tide had done a good job of carving patterns into the sand. 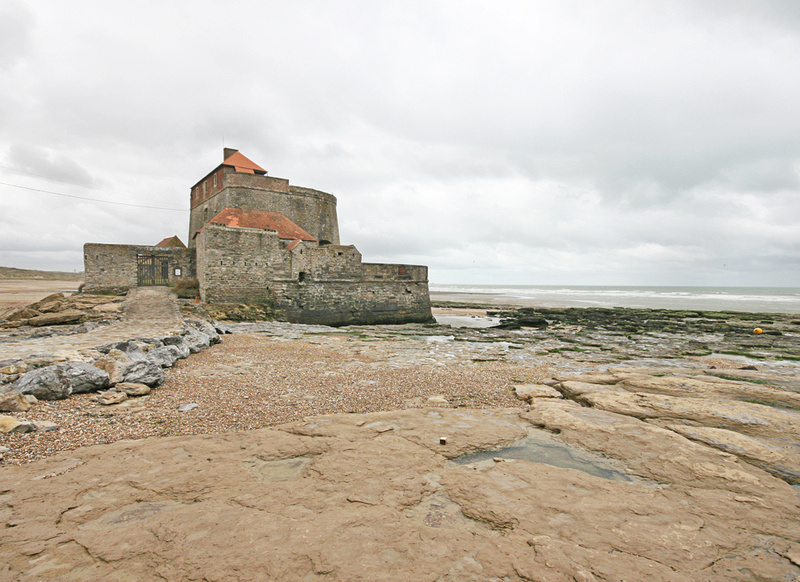 Next door to Audresselles is Ambleteuse, and the main feature of the large pebbly beach is the 17th Century Fort Mahon. 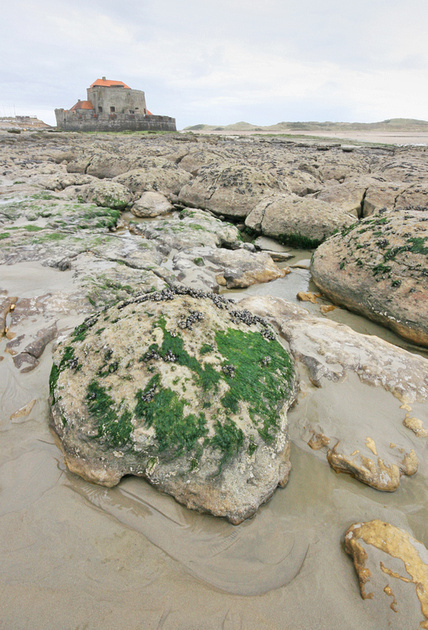 The Fort is surrounded by large water eroded boulders, and the clinging Mussels are regularly harvested by locals, who can be seen with buckets along most beaches when the tides recede. 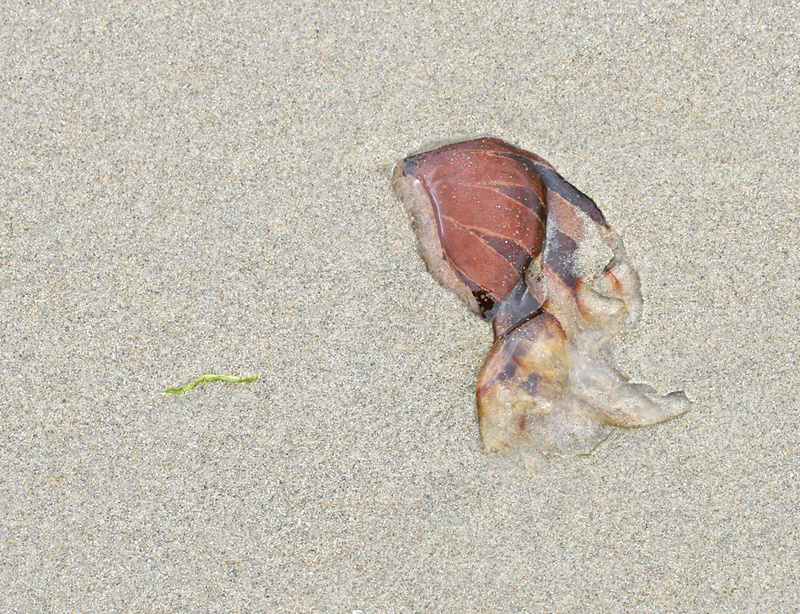 Sea life found on the beach. 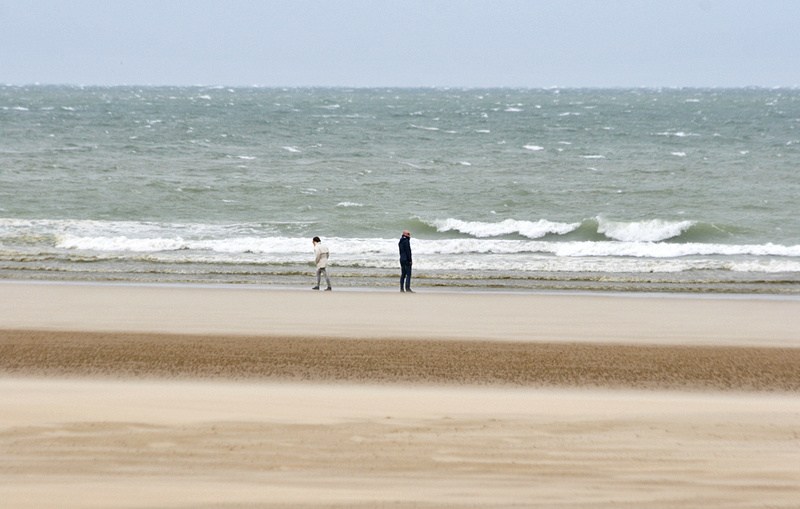 The beach at Bleriot Plage is usually a bit on the windy side, as can be seen with the sand gusting along in this picture. Although a bit cold it wasn't as cold as the atmosphere between these two as they parted pretty smartly! 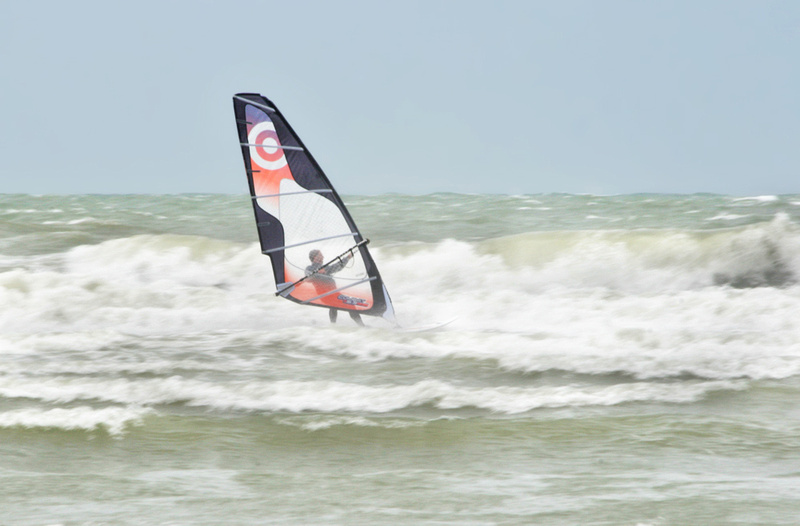 Windy conditions are welcomed by some of the more adventurous sports people and this windsurfer here demonstrates its benefits. 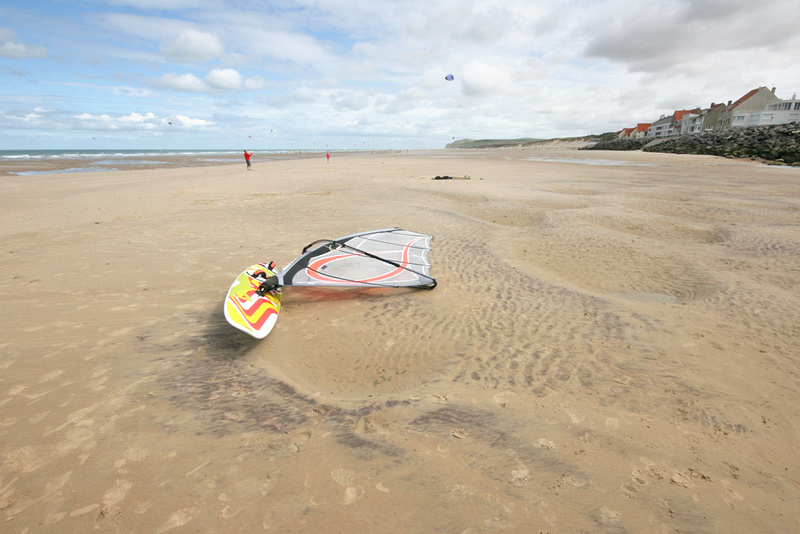 The glorious sandy beach at Wissant is a magnet for the windsurfing and kitesurfing community as well as attracting the usual beach users. The water is surprisingly warm, as we found out when we swam in it. All the activities are segregated to ensure safety, and a team of Lifeguards are always on duty. 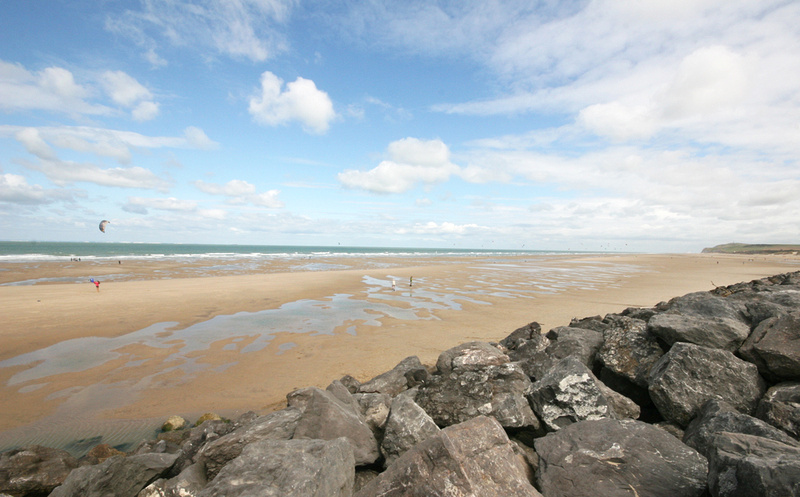 See what I mean about deserted beaches? Don't forget this is peak time in August! 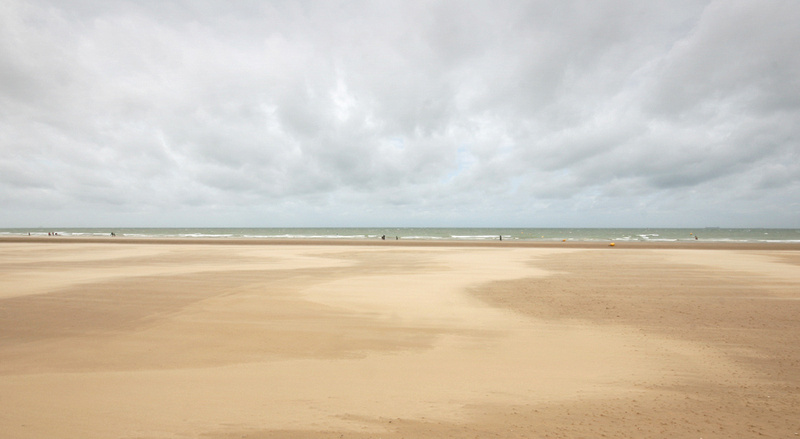 Plenty of room to get your deckchair out! 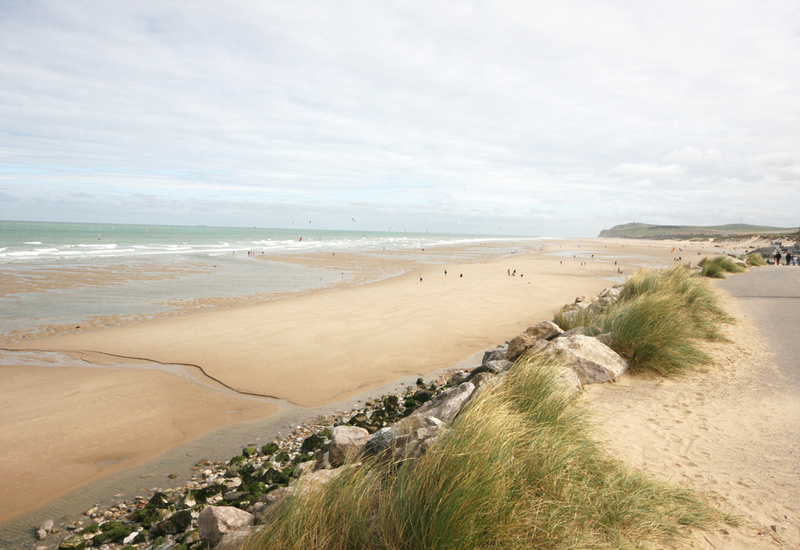 As you can see Wissant is a very big beach, indeed. 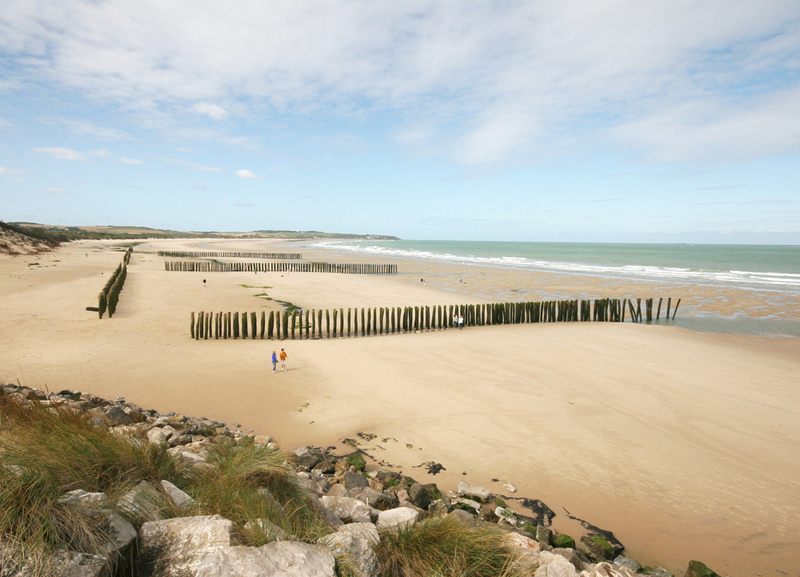 At this end of Wissant there used to be various left over WW2 concrete bunkers, but since our visit last year they have been removed, and the wooden posts planted in the sand. 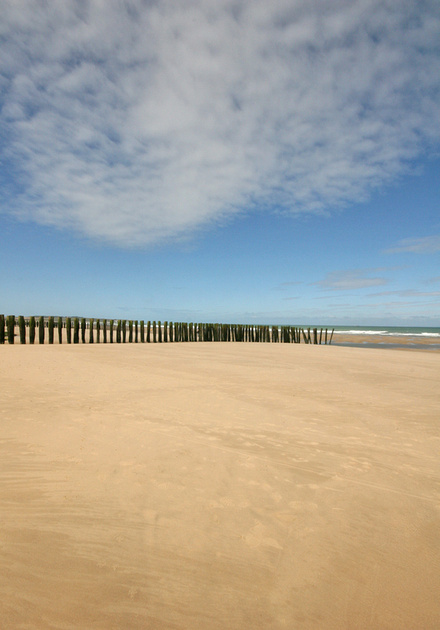 I can only assume that the wooden posts are a form of sea defence system, and I couldn't help taking a few pics of them whilst I was there. 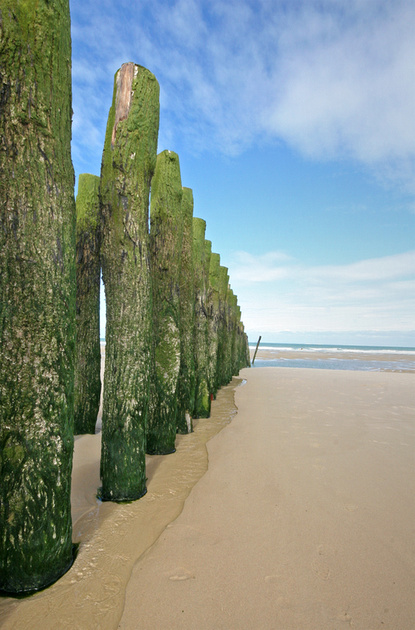 Not sure what has happened to the odd one at the end of the row that is leaning over. 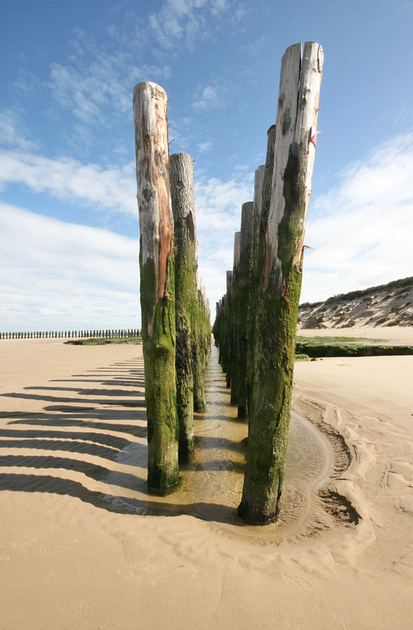 Hard to believe that a few wooden posts kept me entertained for a while, but they did! 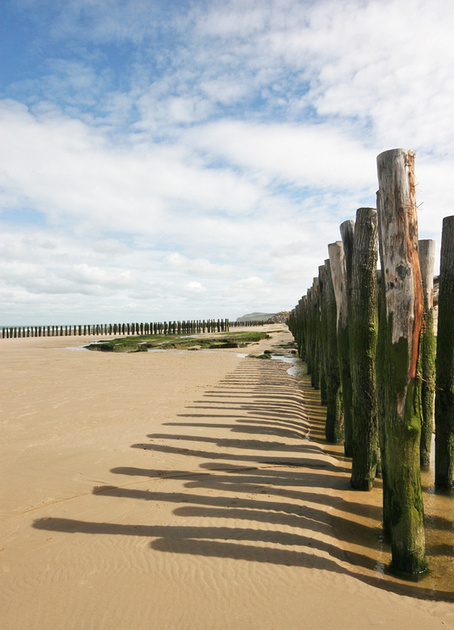 They may have recently been put in by human, but nature is already beginning to alter them. 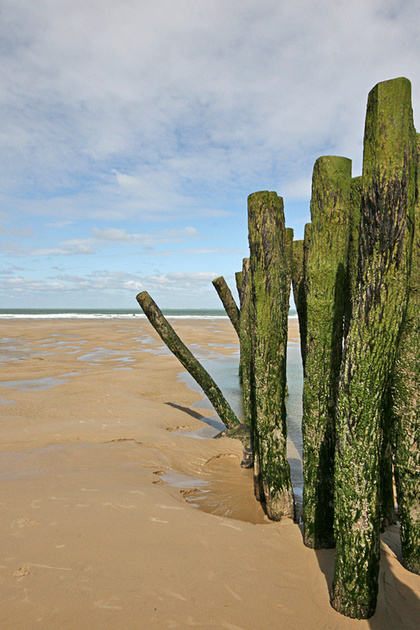 There are always one or two not staying in line. 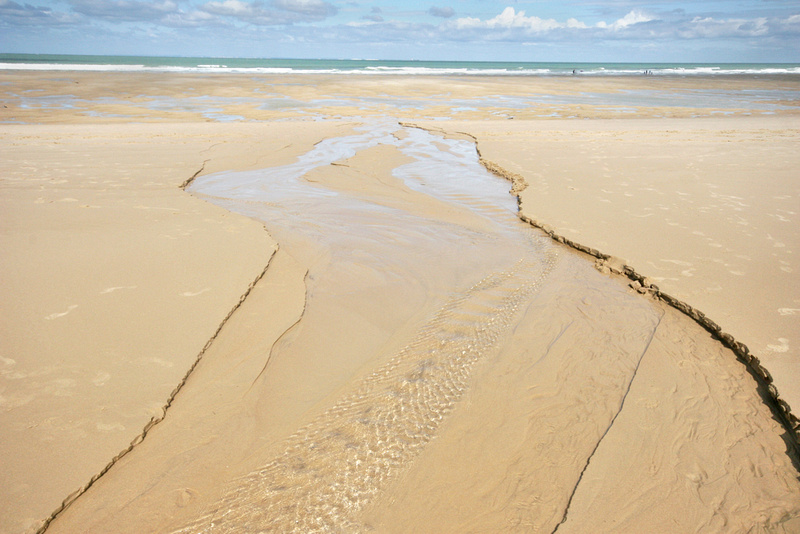 The running water soon moulds the area around it. 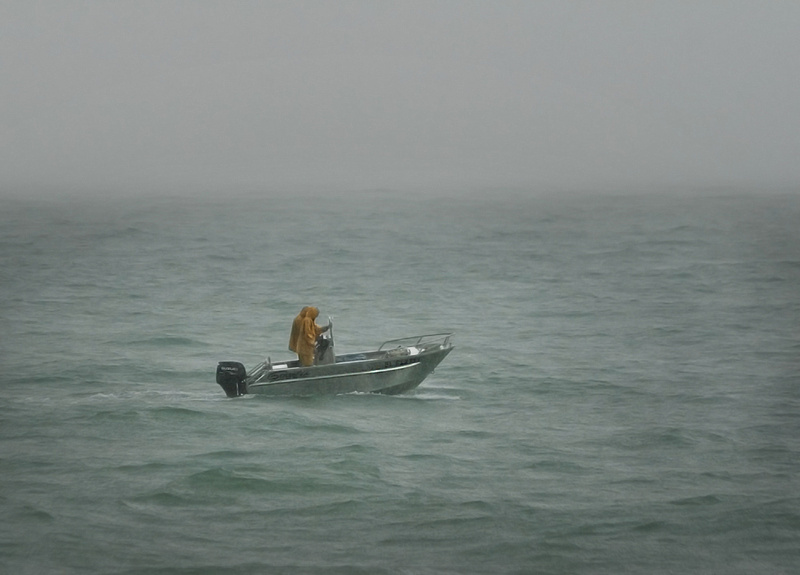 Of course not everyday was gloriously sunny, we did have a couple of showers, as these two fishermen could verify. It always surprises me how the sea can change in character so quickly depending on the weather, blue and inviting one minute, moody and chilling the next. 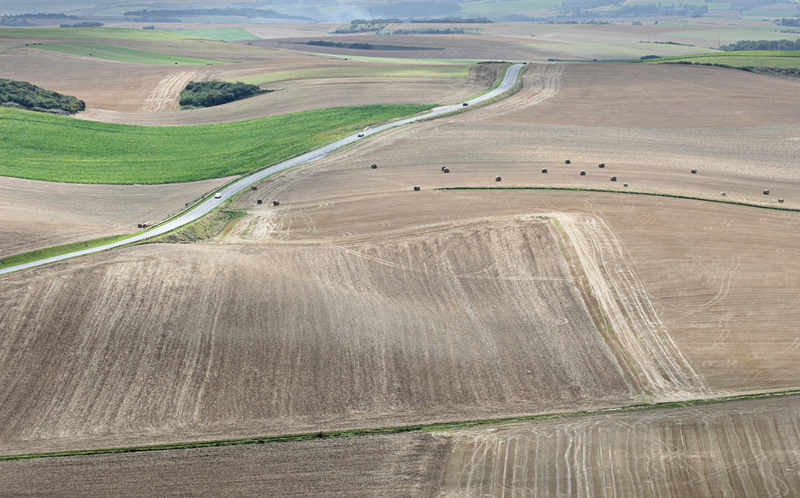 After a short drive up to Cap Blanc Nez, the rolling agricultural land around could be seen for a long way. 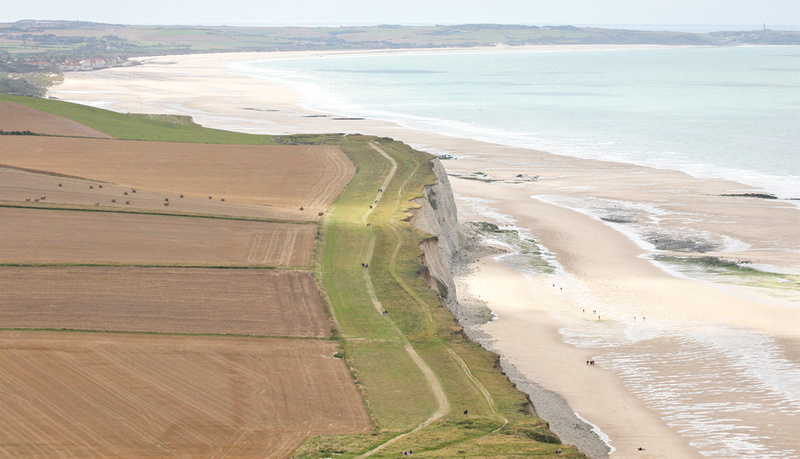 From such a high vantage point the beaches looked even bigger to me. 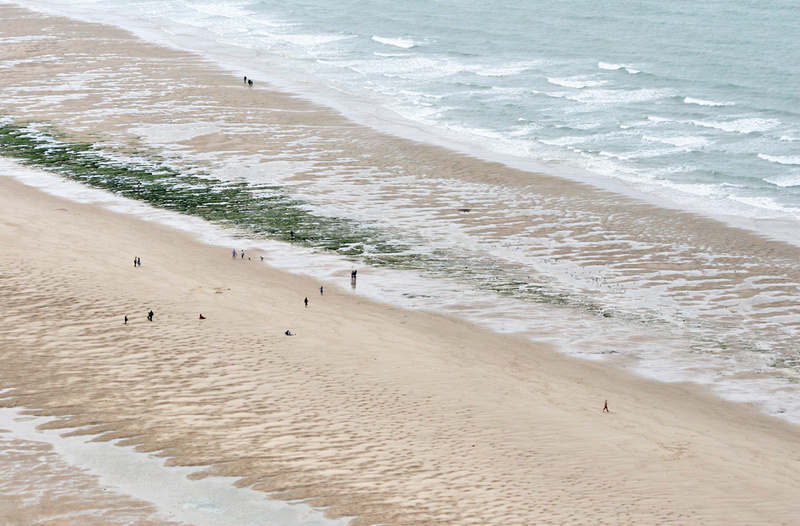 No, they are not ants but people enjoying the beach of Escalles.

Next time you get off the tunnel or ferry and embark on a long drive to your holiday resort, perhaps give yourself a little time to explore the local area first, you may be pleasantly surprised.