On Sunday 13th July 2014, Brooklands Museum hosted their Reunion Day, to commemorate 75 years since the track closed to motor racing at the outbreak of WW2. The day was intended to give an insight into how Brooklands would have been in its heyday before war broke out. Lots of cars and bikes from that era turned out to support the day, and some of the entrants and crowd dressed in period attire too. 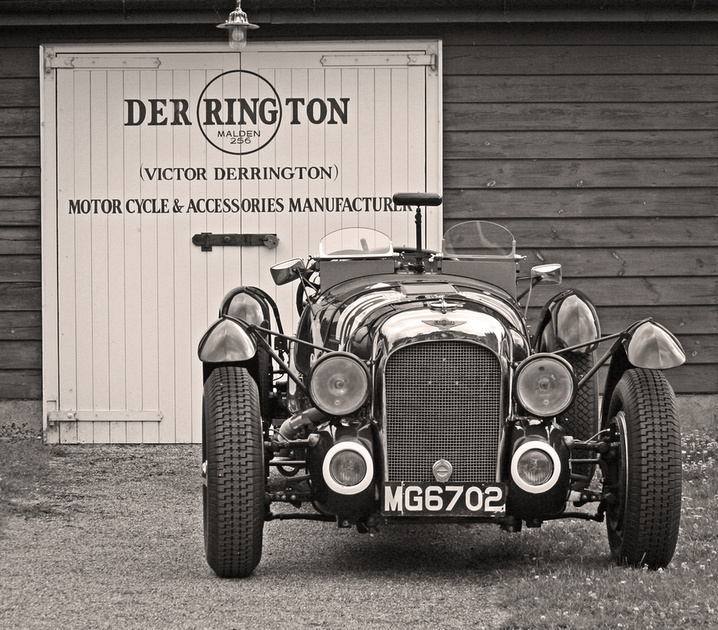 A gorgeous Lagonda racer resting outside some appropriate shed doors.

A sharp shower of rain was the only interruption of the good weather on the day, but this trio still shone. 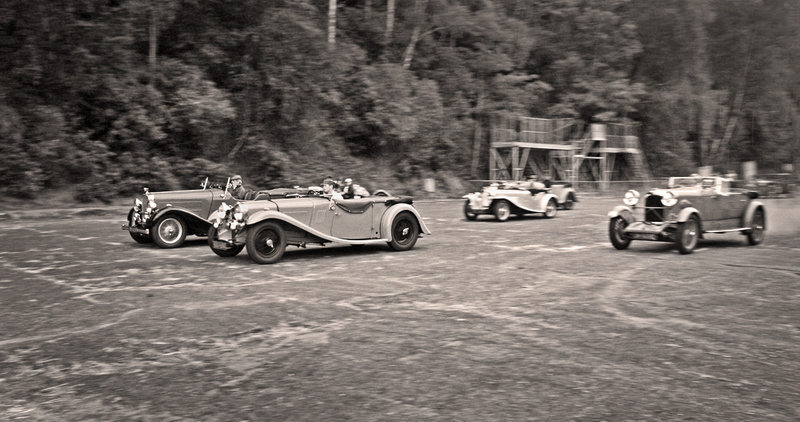 To give us an idea of what a racing start would have been like in those days, grids of cars and bikes were formed and flagged away. 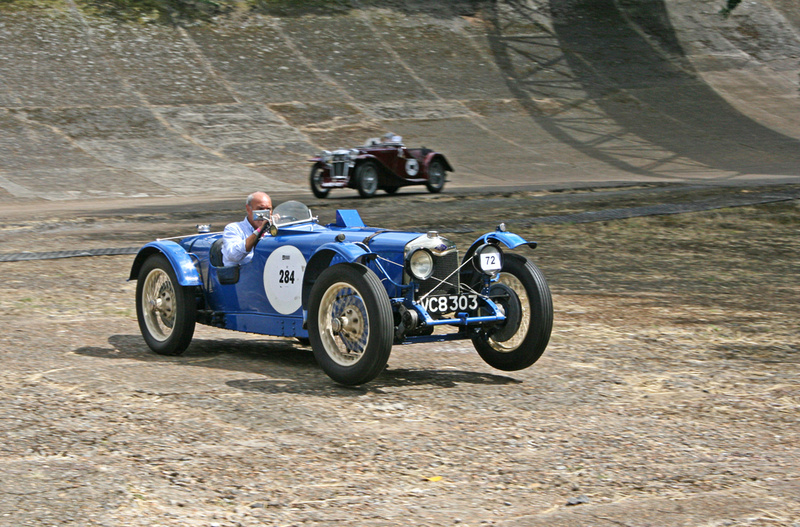 Looks as if he has found one of the infamous Brookland's bumps, sending his front wheel into the air. 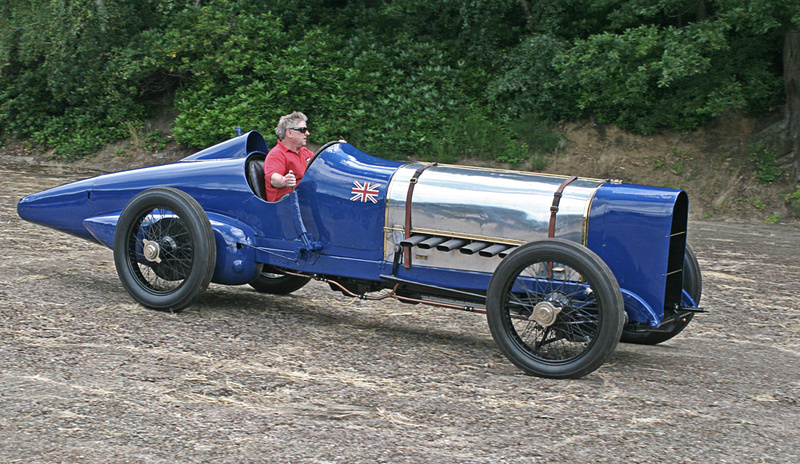 Sunbeam 350 hp record breaker in all its glory. 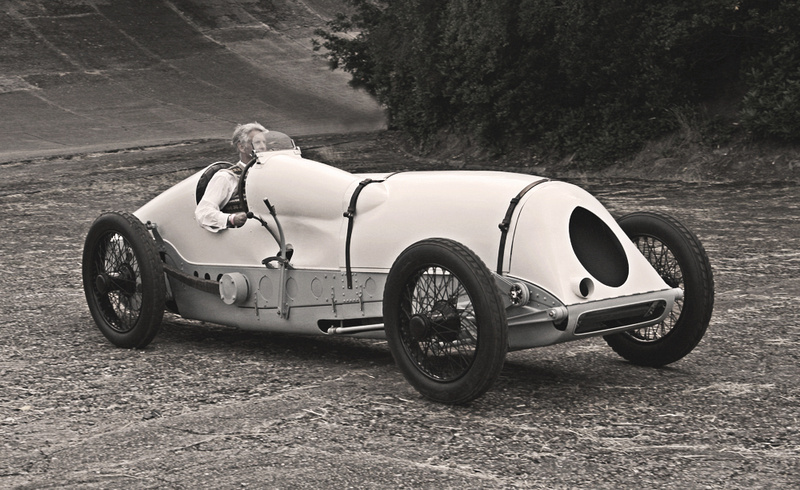 Built for speed in its day. 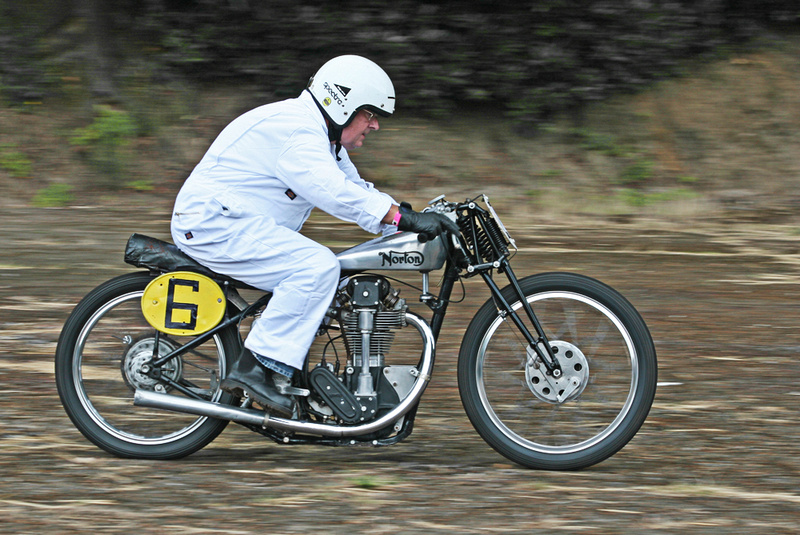 The biking brigade were keen to get in on the act as well. 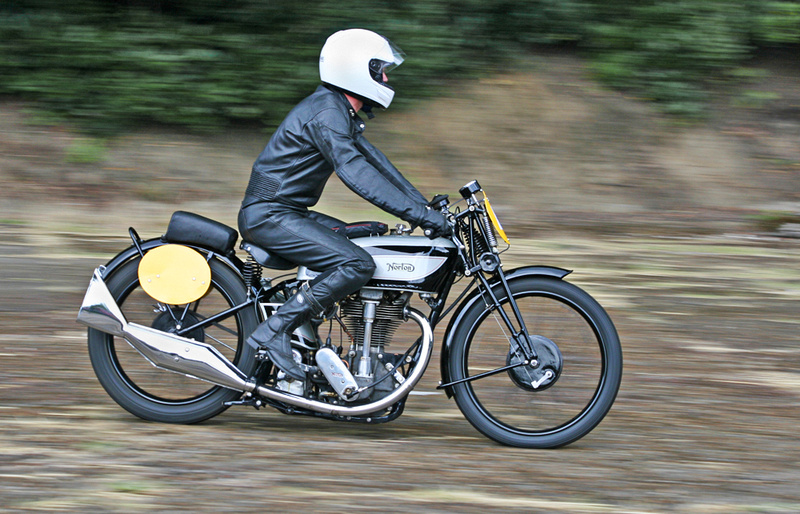 Proper silencer on this meaty Norton. 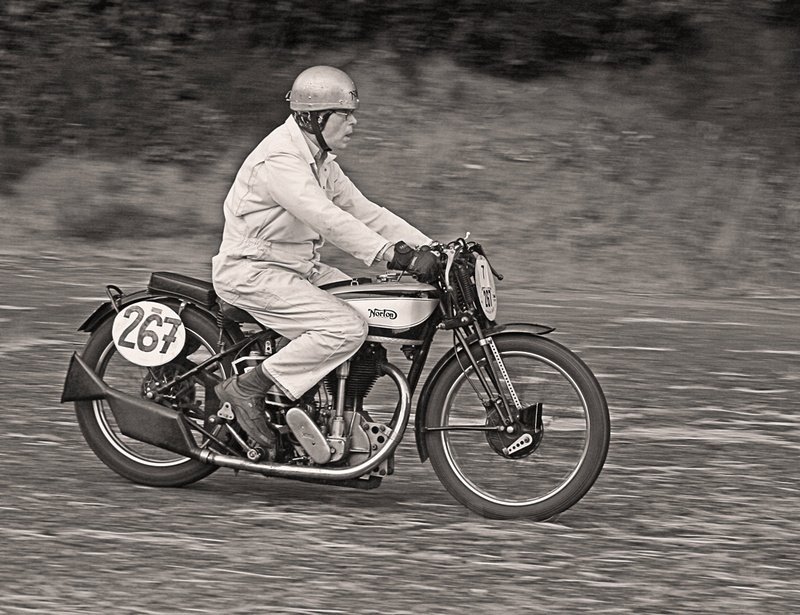 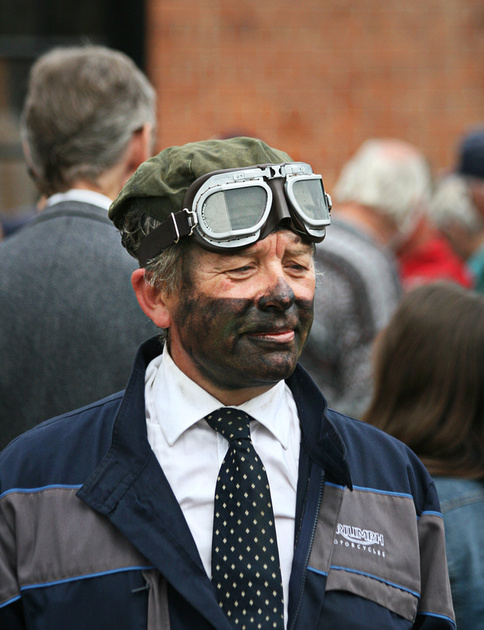 One tend to get a bit oil smothered riding these old bikes!

Raindrops didn't last long after the shower, as the sun soon made an appearance to dry them up. 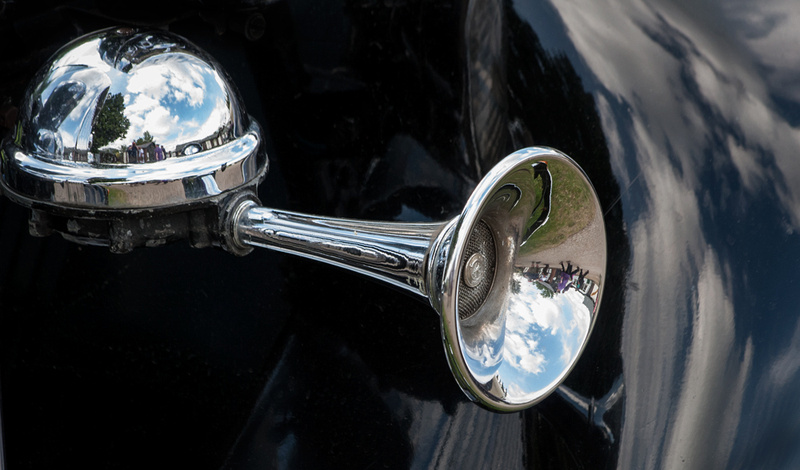 Now that is what you call a horn. 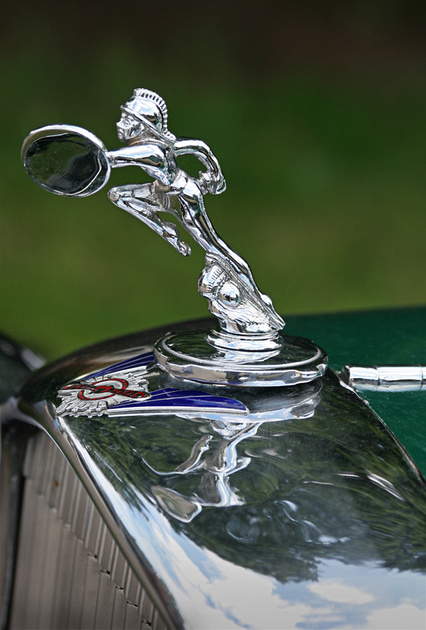 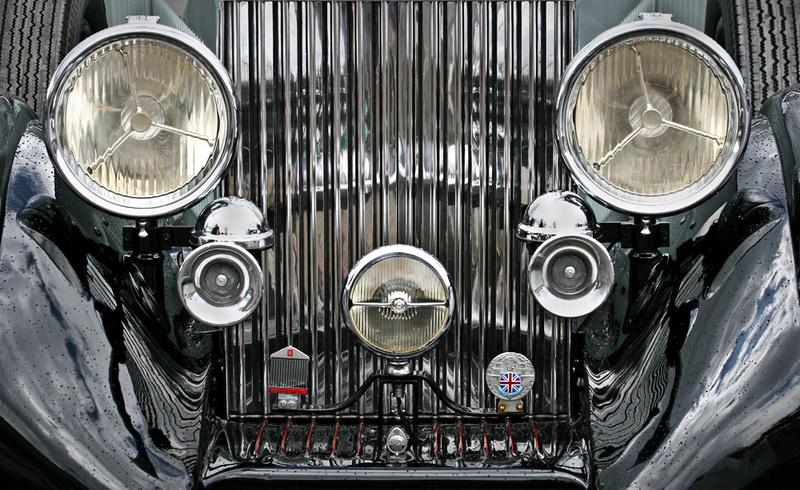 A credit to its owner who keeps it in such magnificent condition. 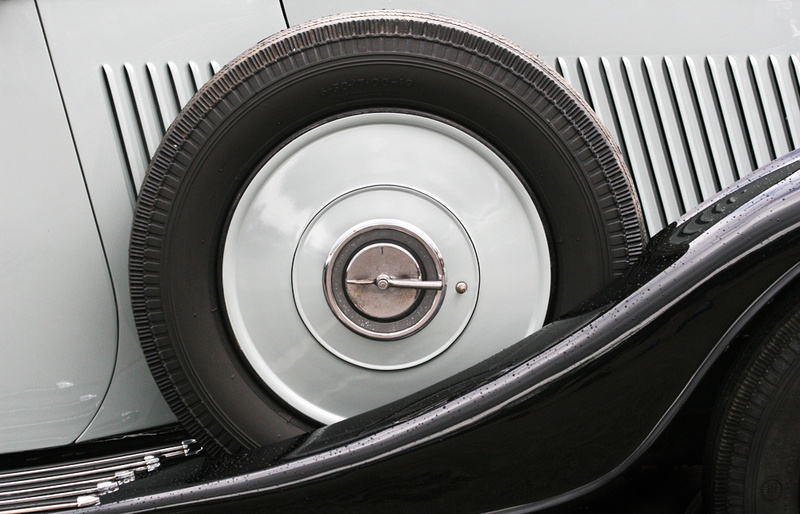 When coachbuilding was a definite art form. 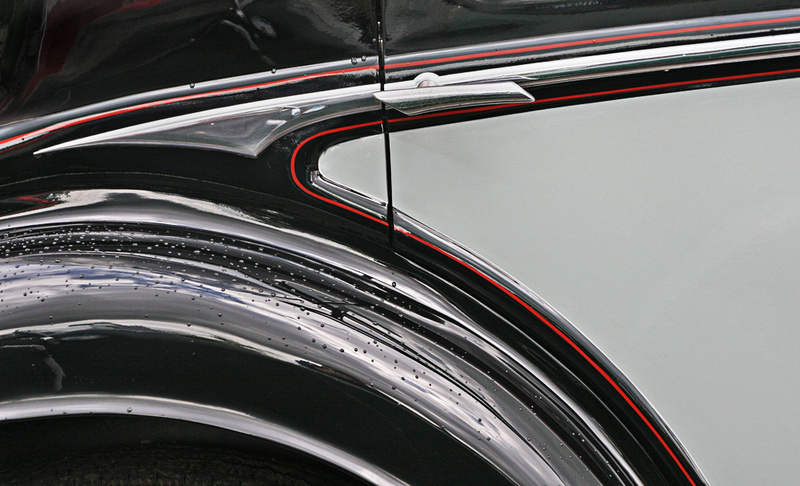 Need a steady hand to paint those red coachlines. 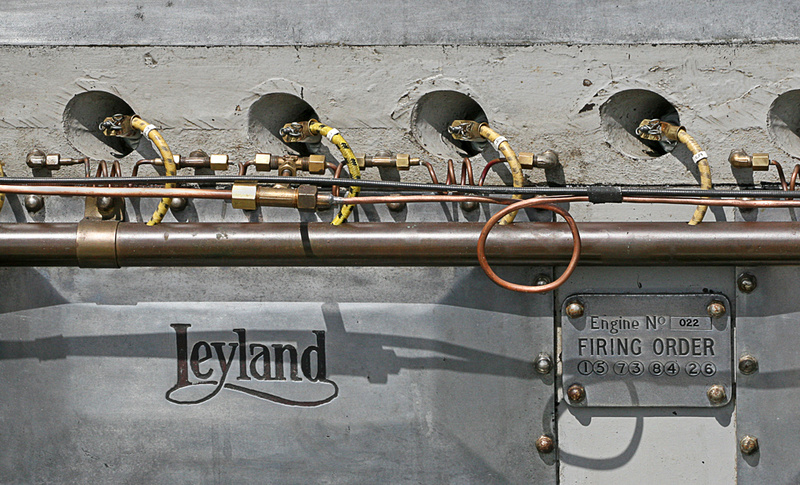 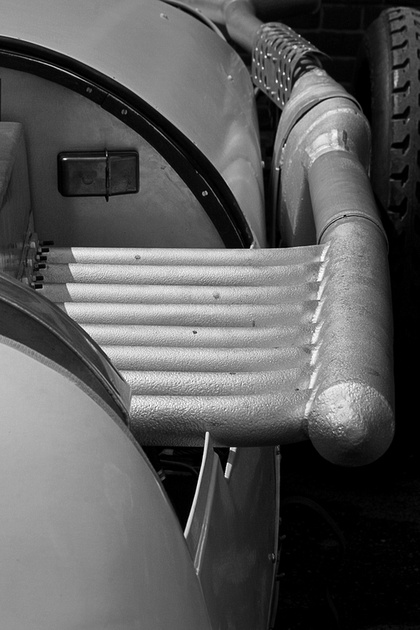 Plenty of pipes to get the hot exhaust gases out of the way. 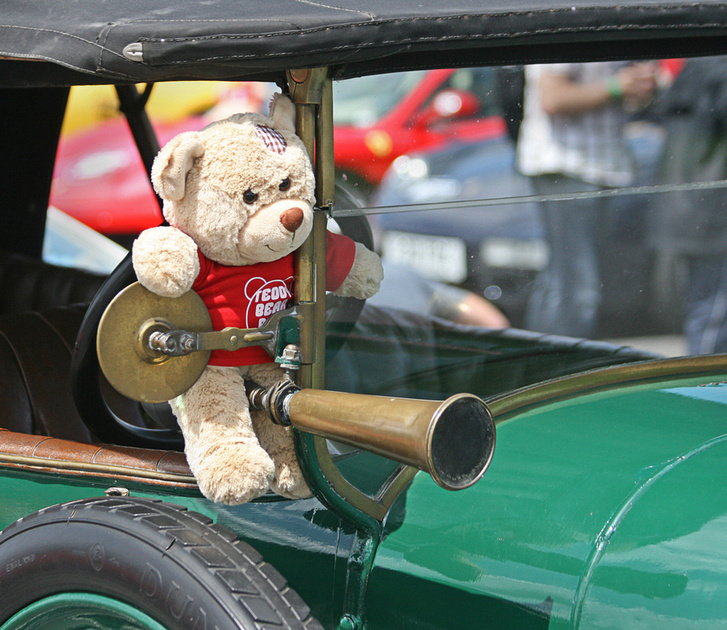 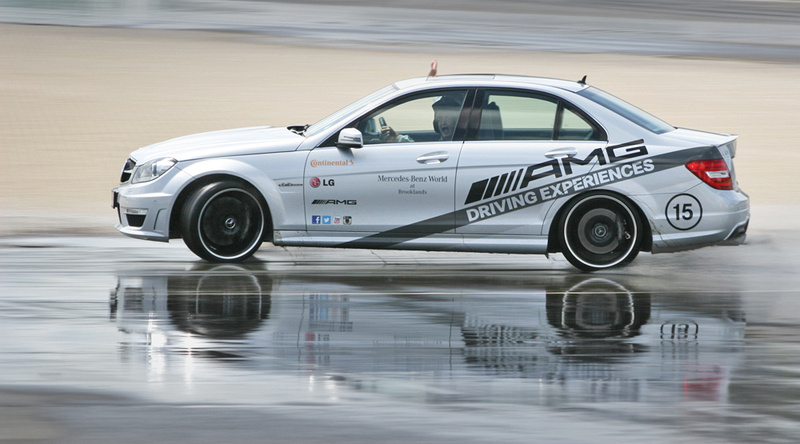 At lunchtime, action switched to the Mercedes Benz World track where the old cars were going to circulate. The 'Silver Arrows' display team were a very good warm up act! 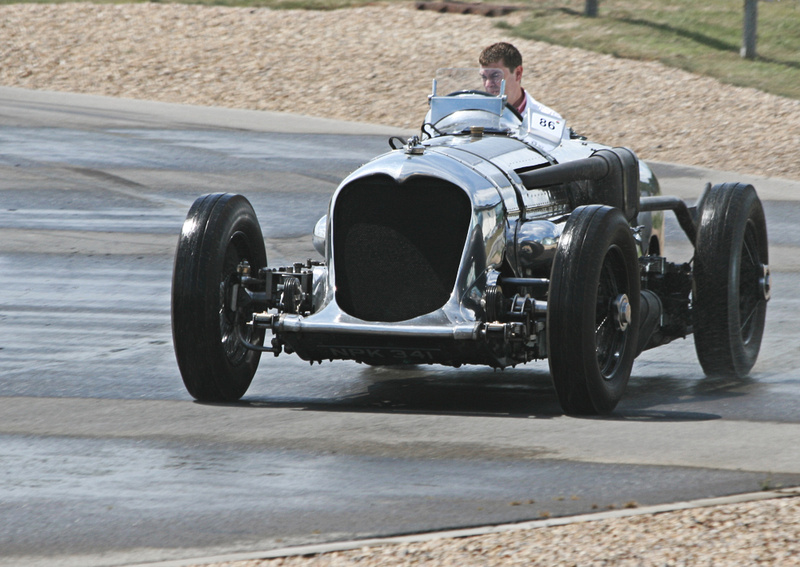 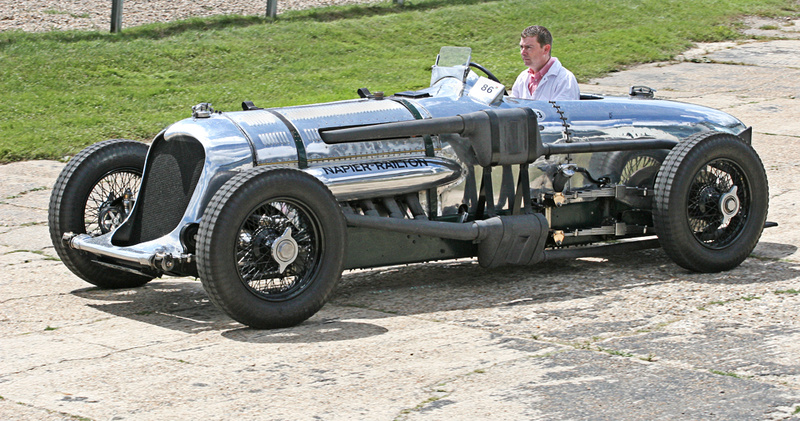 It is only when you see the Napier Railton at this angle, that you realize what a monster of a machine it actually is.

British through and through.

As much metal polish as petrol needed to run this one, I would think.

May not be a very big car, but I bet it is huge fun. 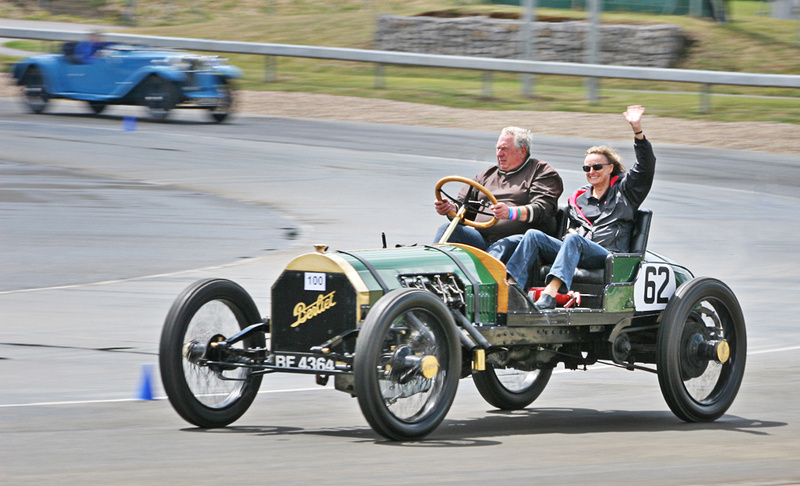 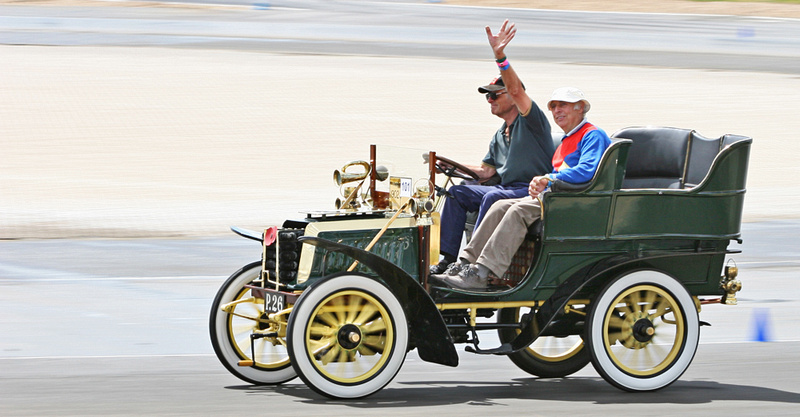 Just about the oldest car there. 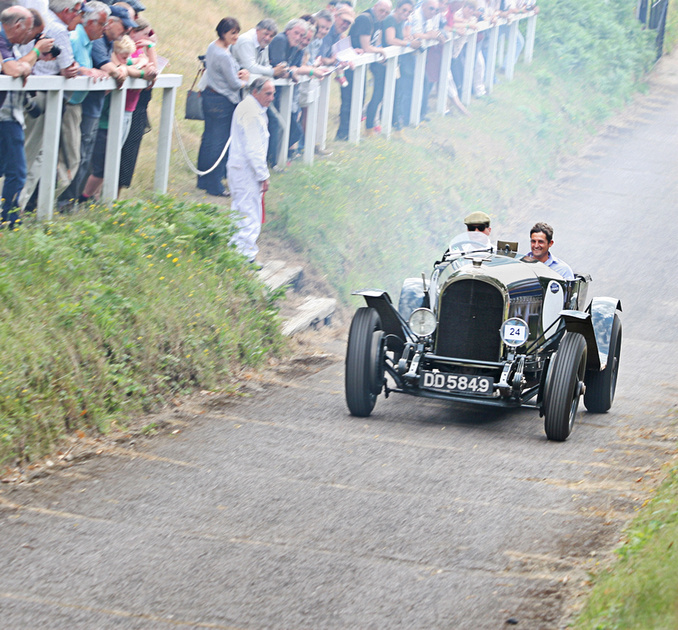 No Brooklands event is ever complete without some action on the trusty Test Hill for the drivers to attack with gusto, and they didn't disappoint. Lots of smoke from the dainty T37A. 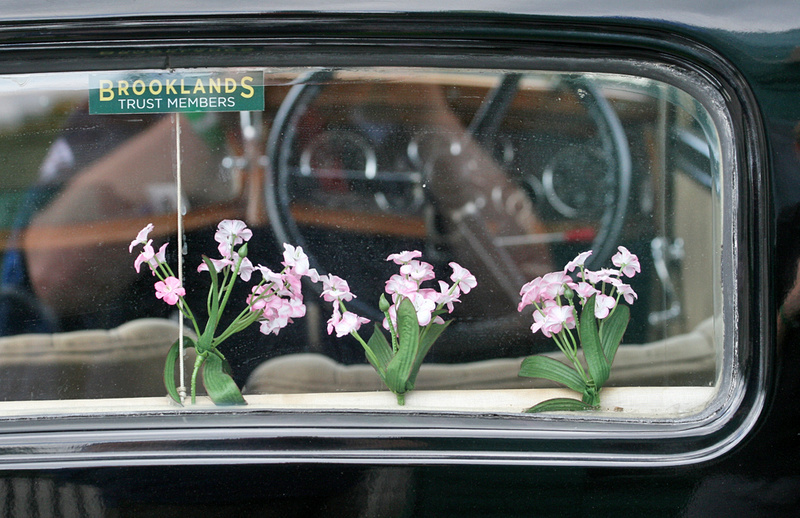 Flowers in the back window.
Once again another great event at Brooklands, and I am sure everyone that attended got a real flavour of pre war Brooklands racing.
Keywords: 2014, Austin, Bentley, Brooklands, Bugatti, Classic Car, Reunion
« Previous Post Next Post »