Our quest to attend new venues this year, continued on Sunday 19th July as we headed in the direction of Worcester, to attend the Shelsley Walsh Nostalgia event. The venue is synonymous with Hill Climbing in this country, and is in fact the oldest motorsport venue in the world still in continuous use, something that has been happening for the last 110 years! A venue full of history then, and a perfect setting to view some historic cars in action. 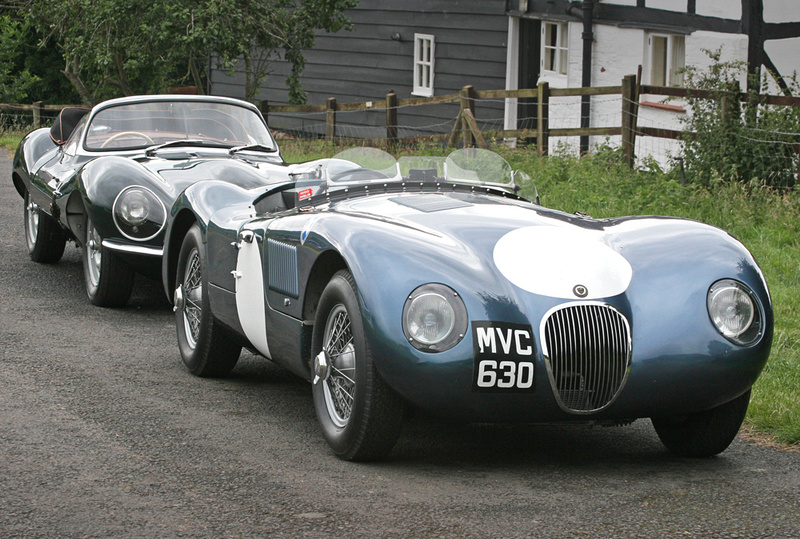 Following our normal routine, we arrived not long after the gates to the car park opened, just after 8-00am, and were in the first row of parked cars. On wandering over to the venue we came across these two Jaguars, parked up on the drive. 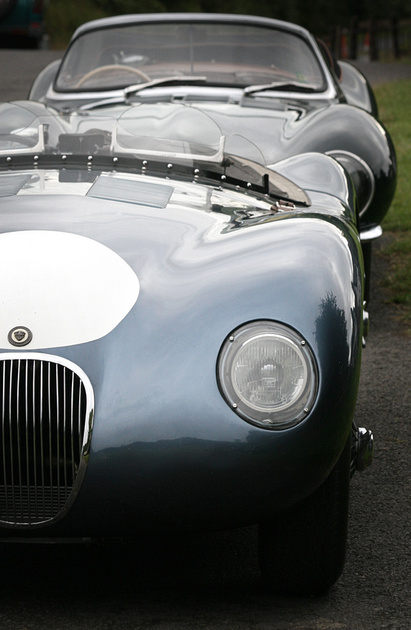 Despite there being a lot of replica versions of these models, the two here were the real deal, an Ecurie Ecosse C Type and an ultra rare XKSS, in fact the last of the 16 built, and both were in absolutely stunning condition. 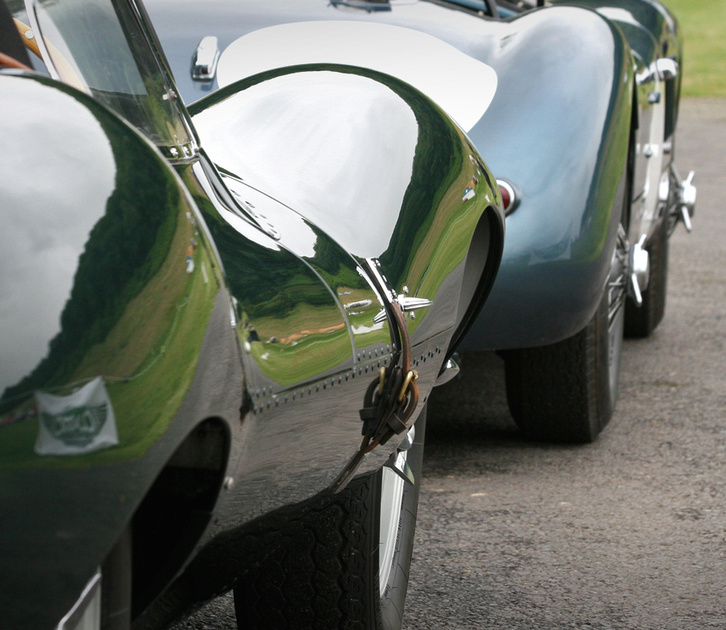 It was a real privilege to be alone with these very important machines, and to try and soak up their history. 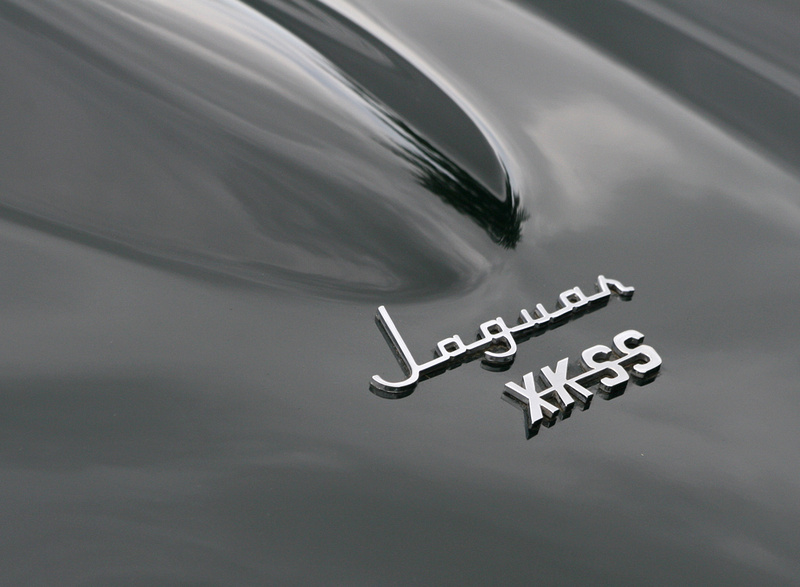 The badge says it all! 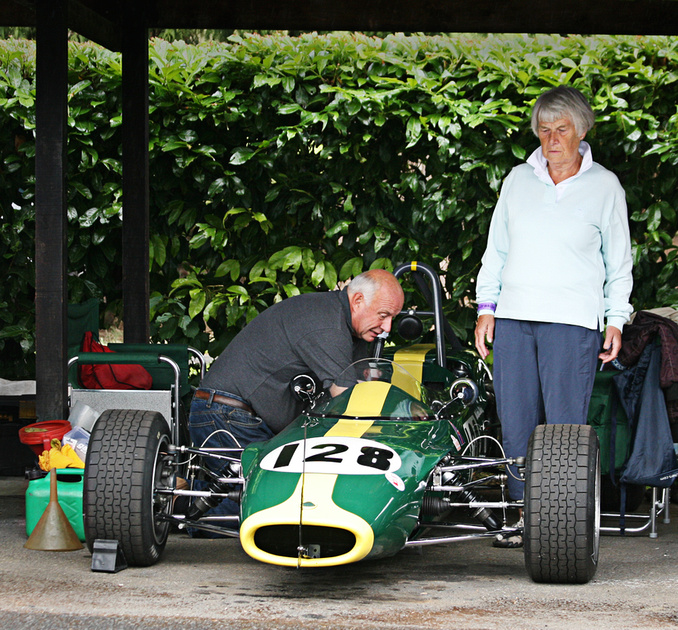 Once in the paddock we started to look at the cars being prepped before they attacked the hill. 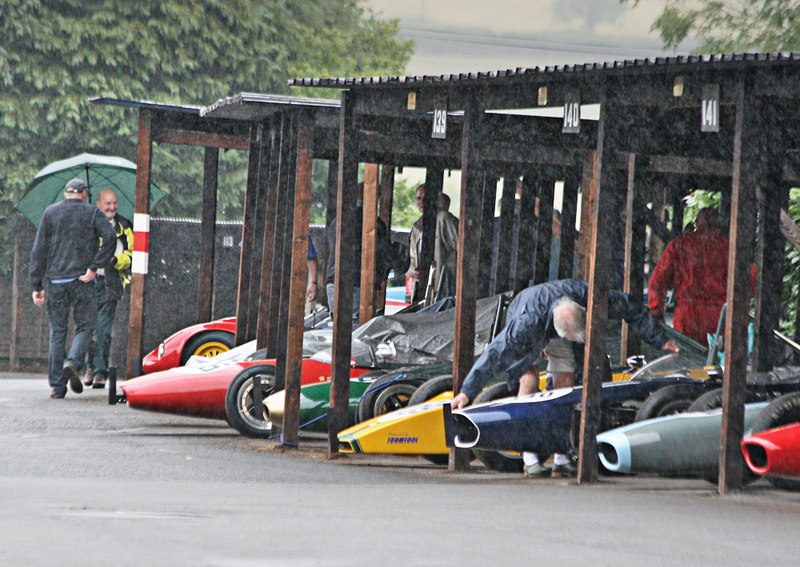 The dark clouds over head, duly brought the rain, and everyone searched for shelter. Luckily the paddock sheds kept the cars dry. 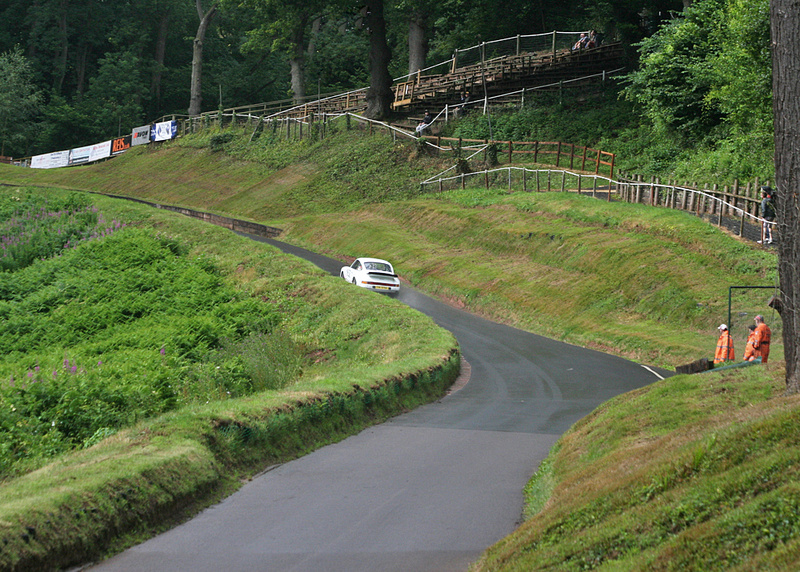 Onto the hill itself, where, as you can see, the rain had kept the spectators away for the time being! 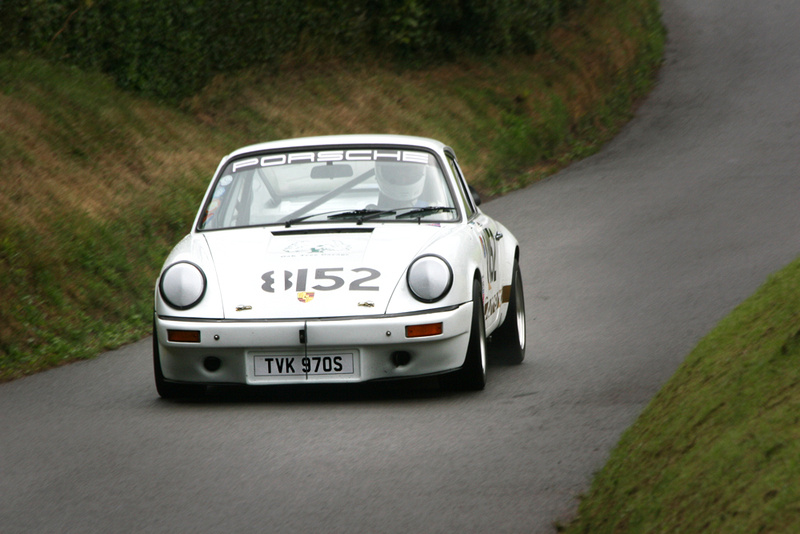 After walking a bit of a way up the hill, which is very steep, we began to take in the action. 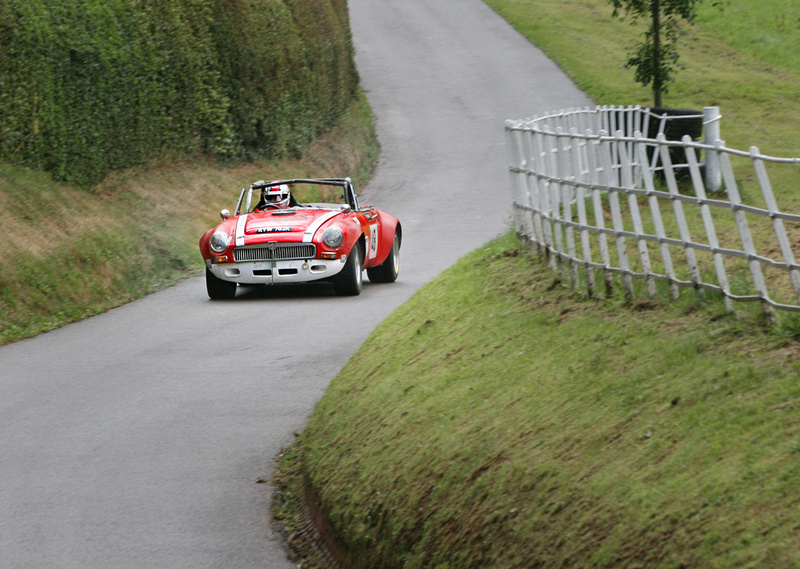 I think you would have to say that this MG isn't standard, but it is very fast! 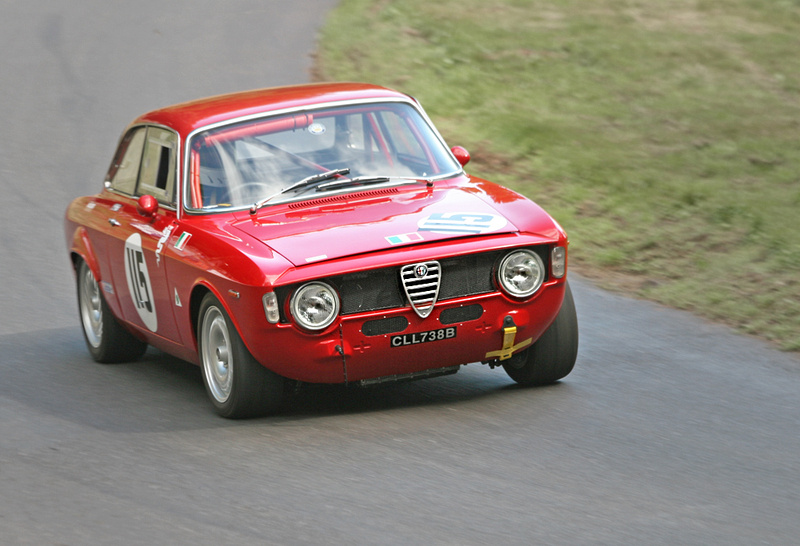 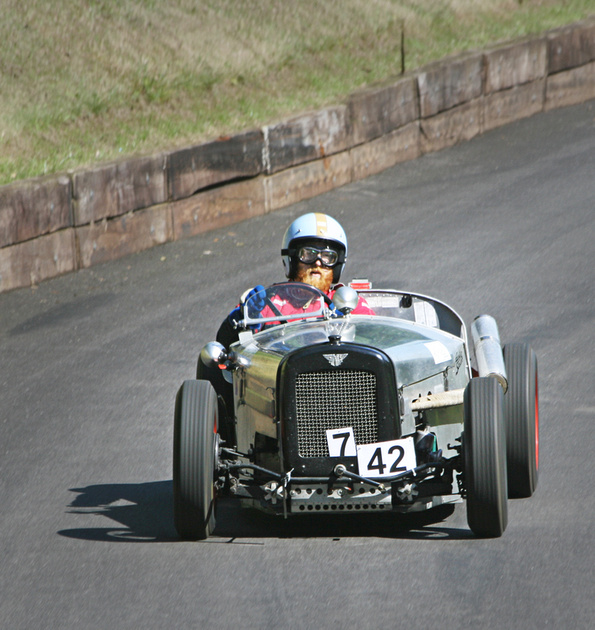 Austin 7 out on the hill, and as you can see the rain had stopped by now, and the sun was well and truly out. 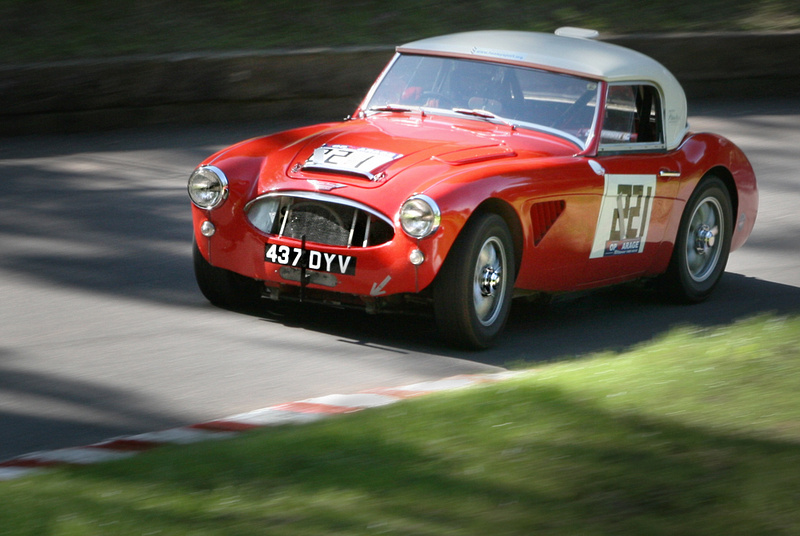 Continuing the theme this year, of there being a large contingent of Austin Healeys wherever I go, they were out in force again here. 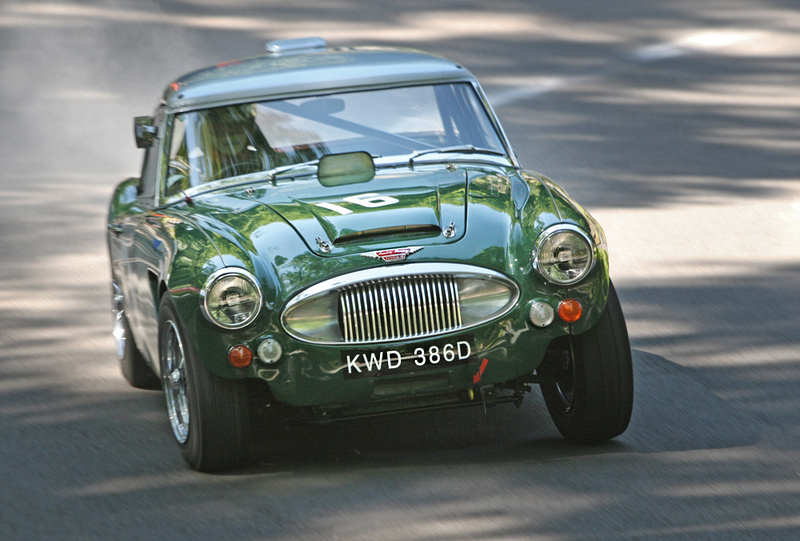 In all colours, not just the usual red. 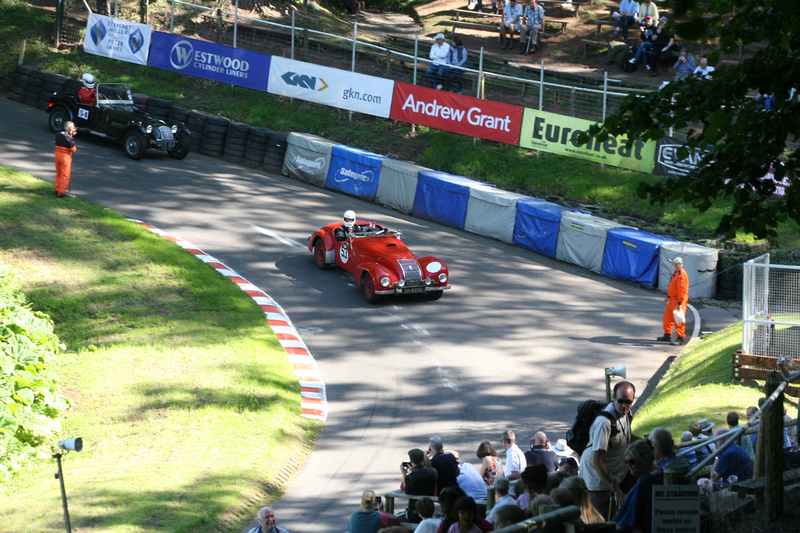 Once a group of cars had gone up the hill, they then have to wind their way back down to the bottom.

The Derek Bell celebration brought out not only some of his cars, but also the great man himself to drive them. 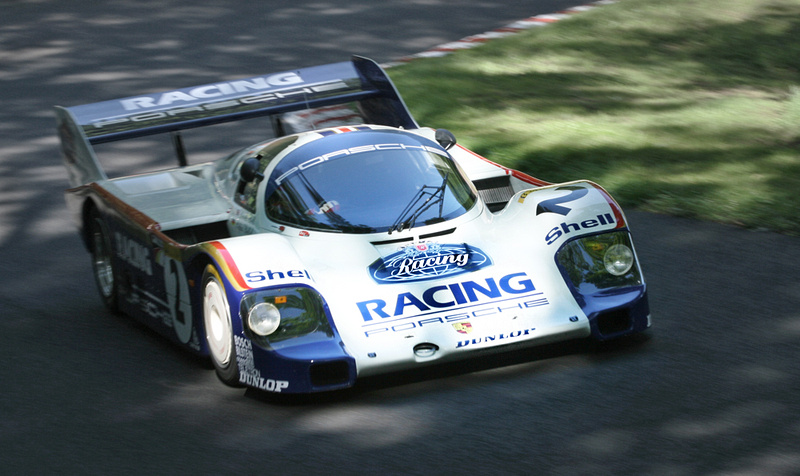 The legendary 956 in all its glory. 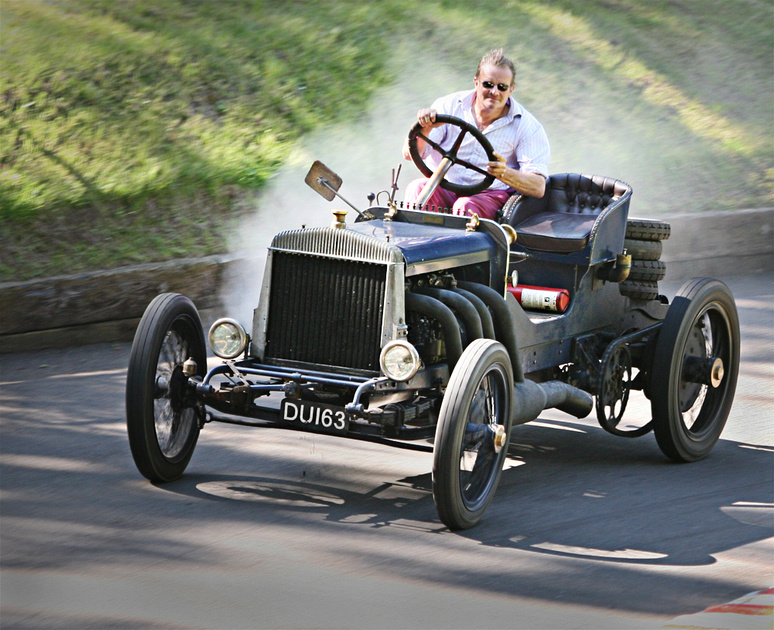 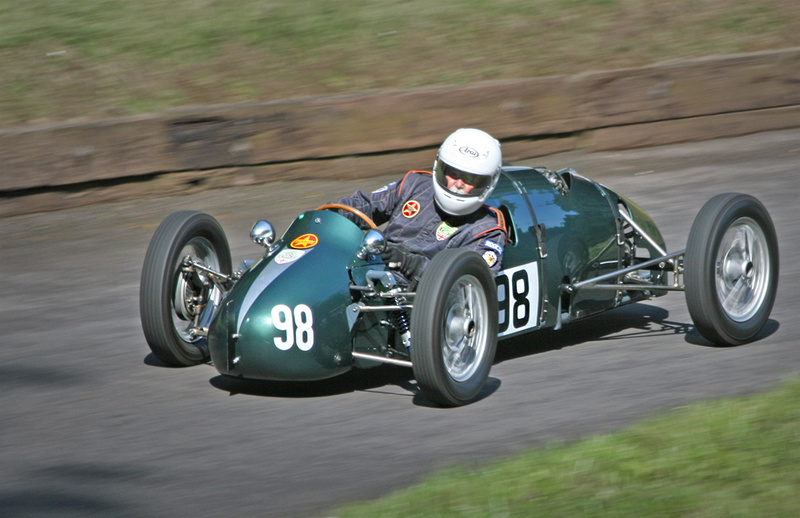 Now we had made our way towards the top of the hill and the tricky 'Esses'. 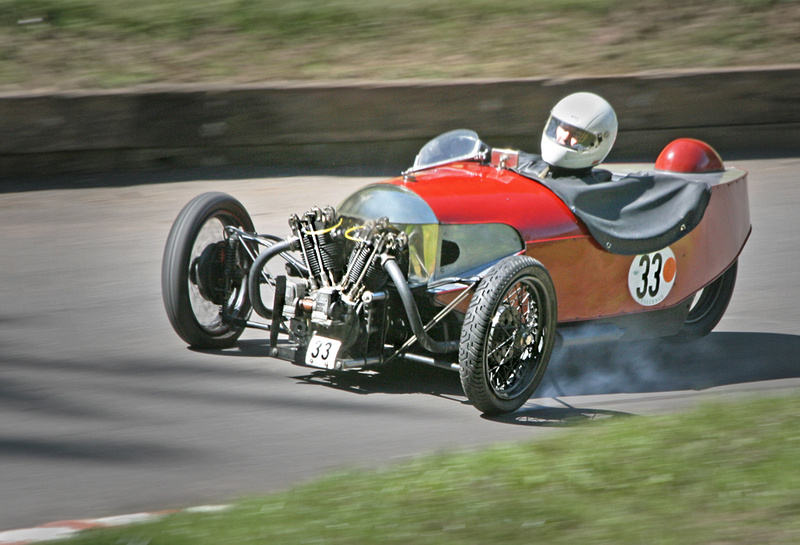 Guess who had a flat spot on their front tyre after their attempt? 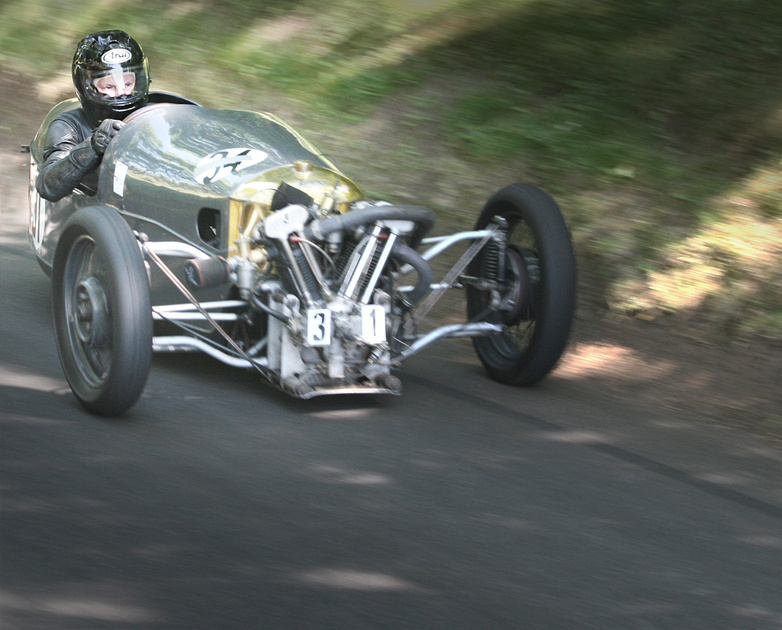 The Morgans are always entertaining to watch as their one rear tyre struggles to find enough grip to propel them forward. 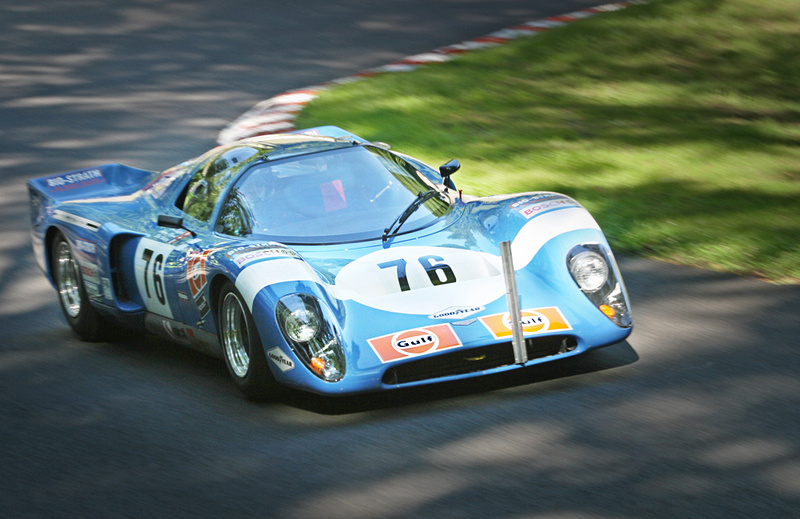 Lovely curves on the Chevron 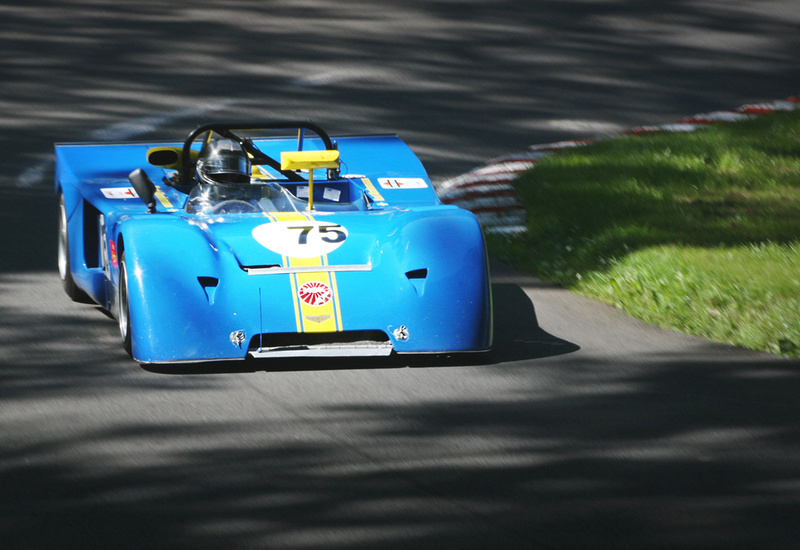 Every car had their moment in the sun. 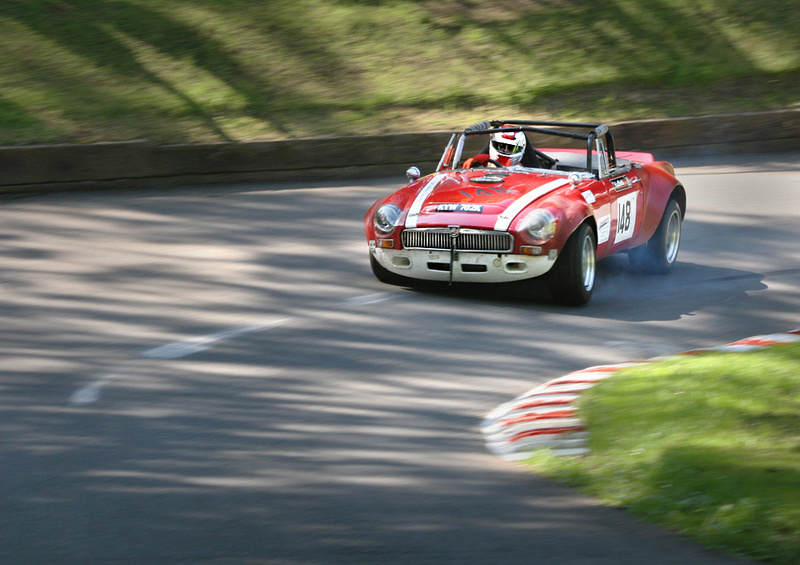 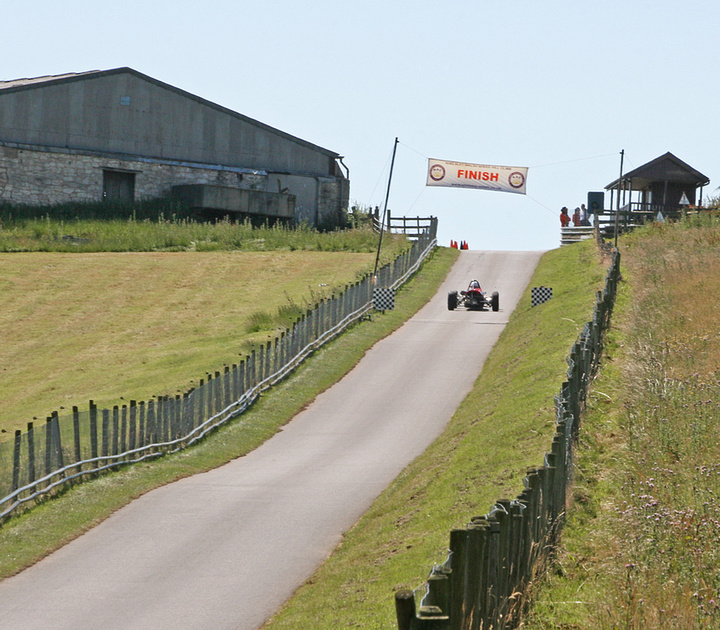 The finish line at the top, in open farmland. 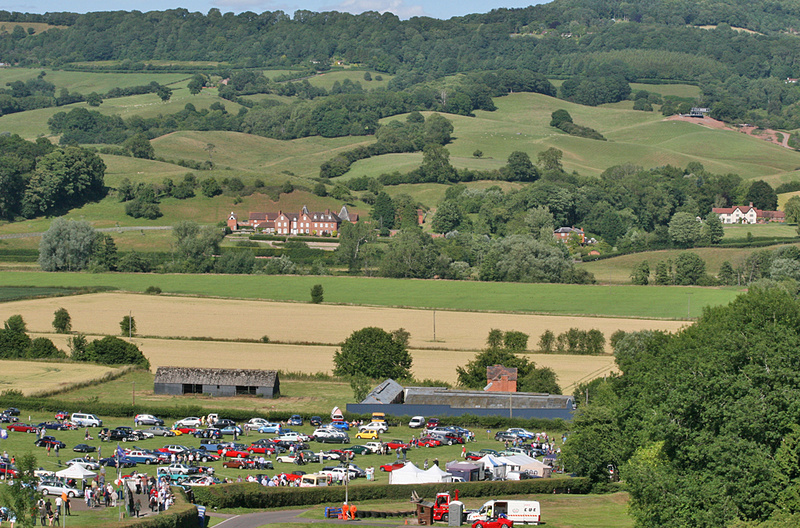 As we wandered back down the hill at the end of the day, we stopped for a few moments to appreciate the surrounding countryside. 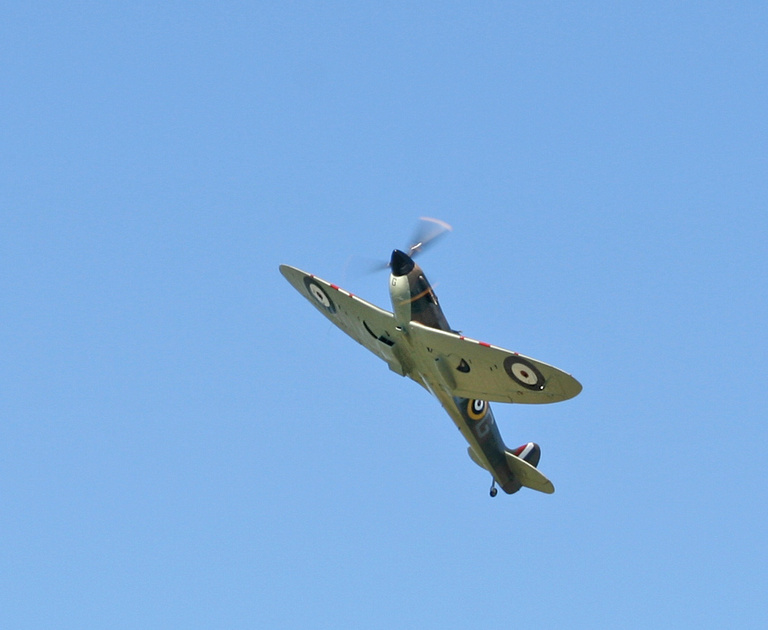 At the bottom of the hill we were treated to a Spitfire display, to round off a great day out!

So, another venue ticked off our list, and one that provided a great day out, with lots to admire, classic machines being driven with gusto, jawdropping cars on display, and a bit of aviation thrown in for good measure. If you haven't been, then get yourself there soon. Once again many thanks to all those that made the event possible.