On January 3rd we heading to Bicester Heritage, for their first Sunday Scramble of the year. This is fast becoming one of my favourite venues, not only due to the selection of vehicles on display, but also for the excellent backdrops provided by the military buildings on site, that although are not the most pretty of architectural styles, they do have character in abundance. 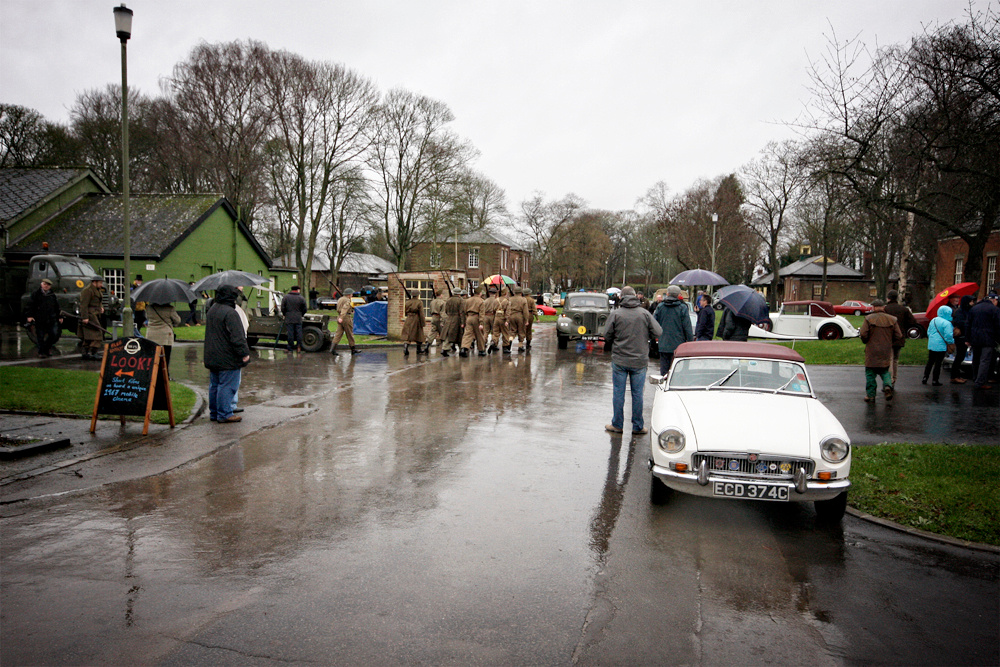 Unfortunately the rain fell for most of the day, but it didn't deter the hardiest of classic car owners from coming out to play. Marching soldiers, military vehicles and good old English cars. 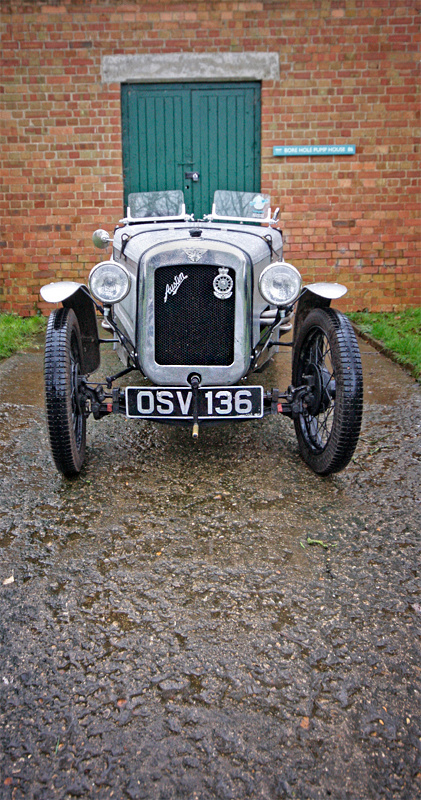 Not sure how big a puddle of water was in the footwell of this Austin 7 when the owner returned after leaving it out in the rain! 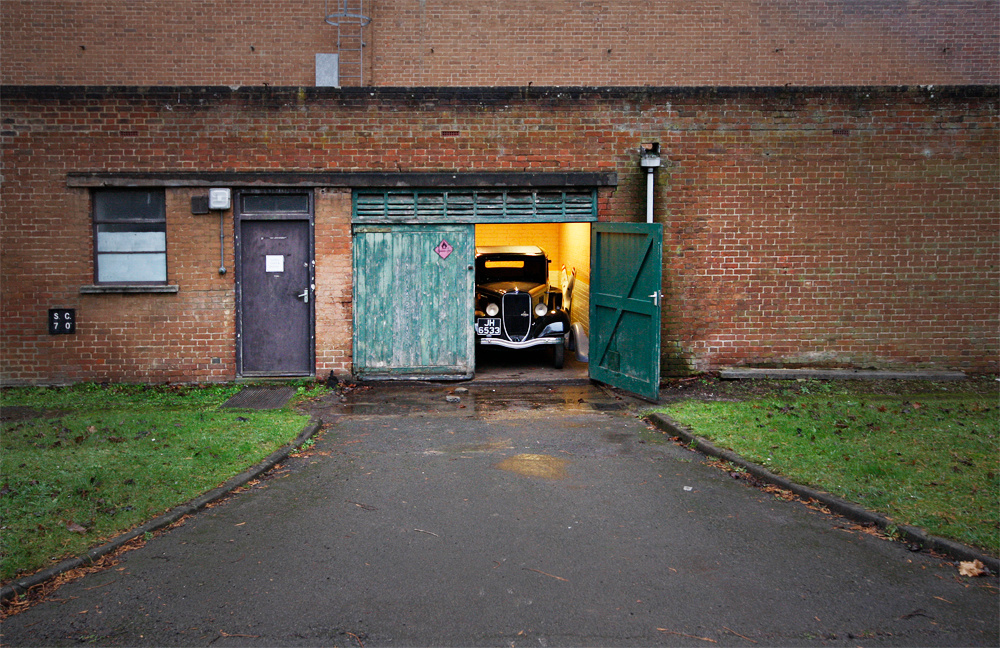 Classics were lurking in all sorts of hiding places. 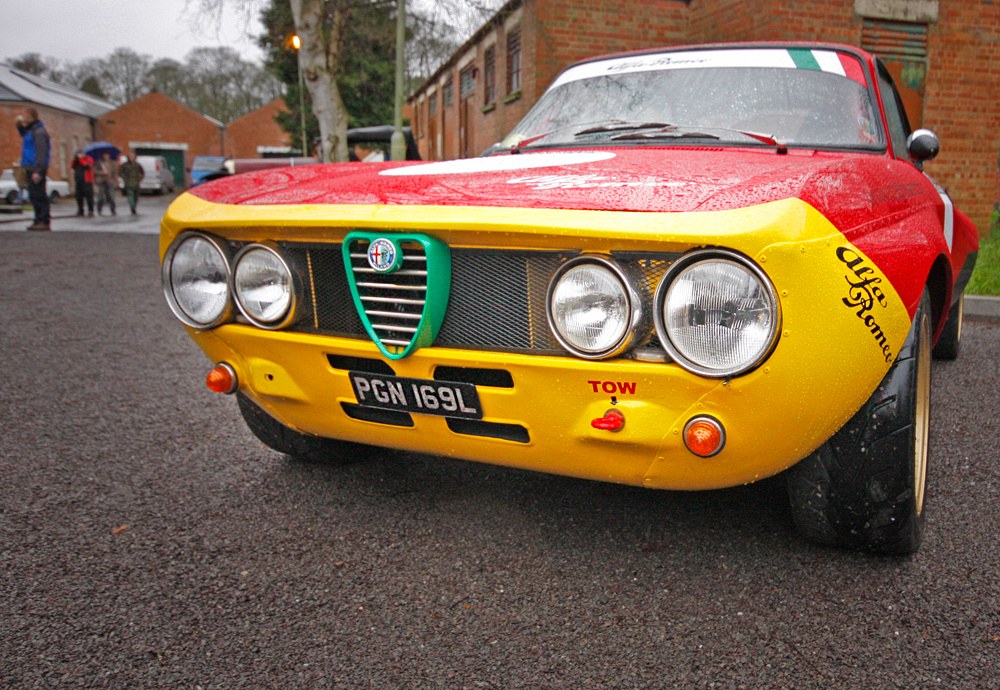 A rather racy looking Alfa, caught many an eye. 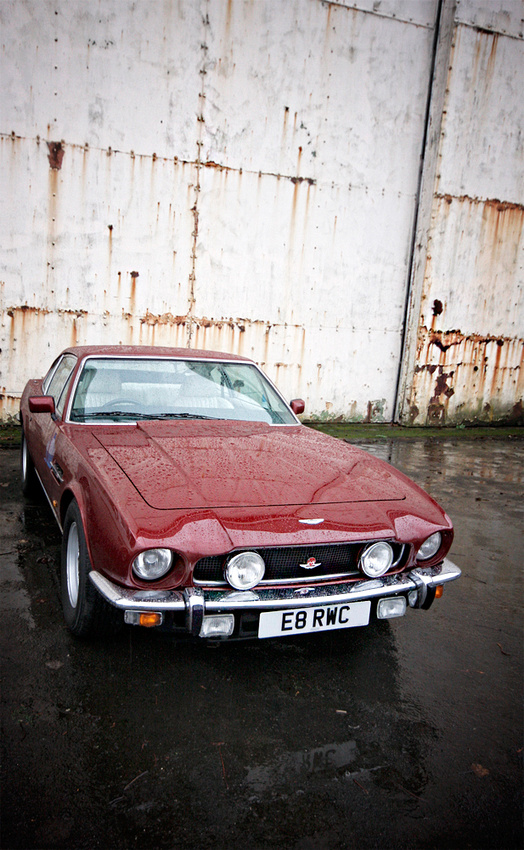 Big, British and Brutal. What more do you want? 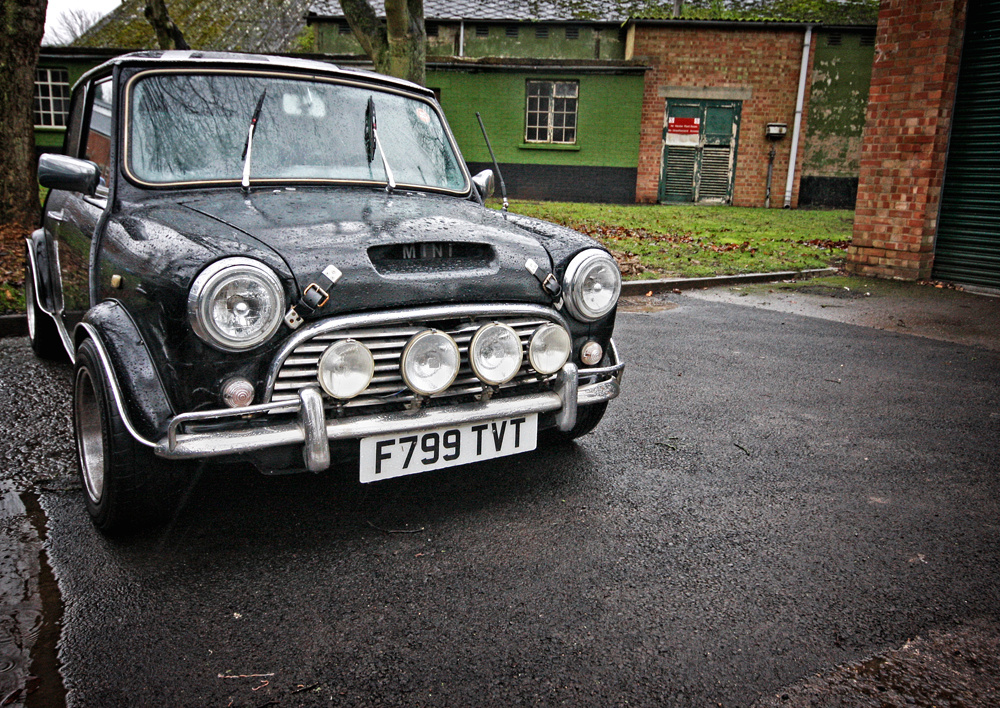 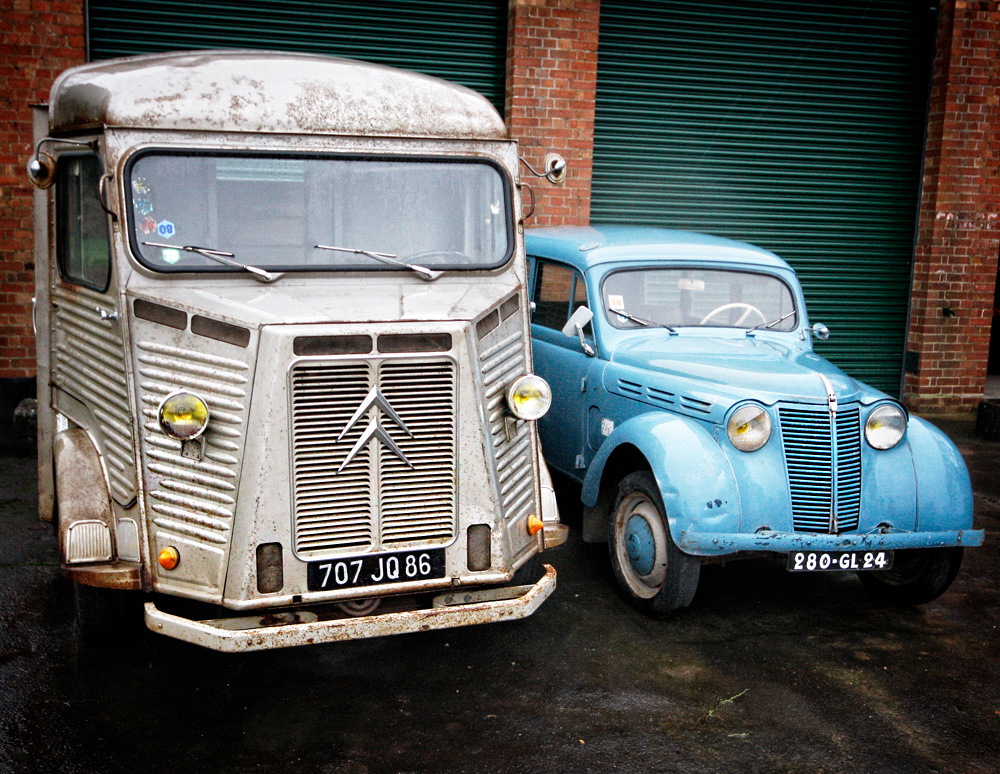 Charm personified, sometimes it isn't the fastest, shiniest or most exotic car that appeals the most, as these two prove. 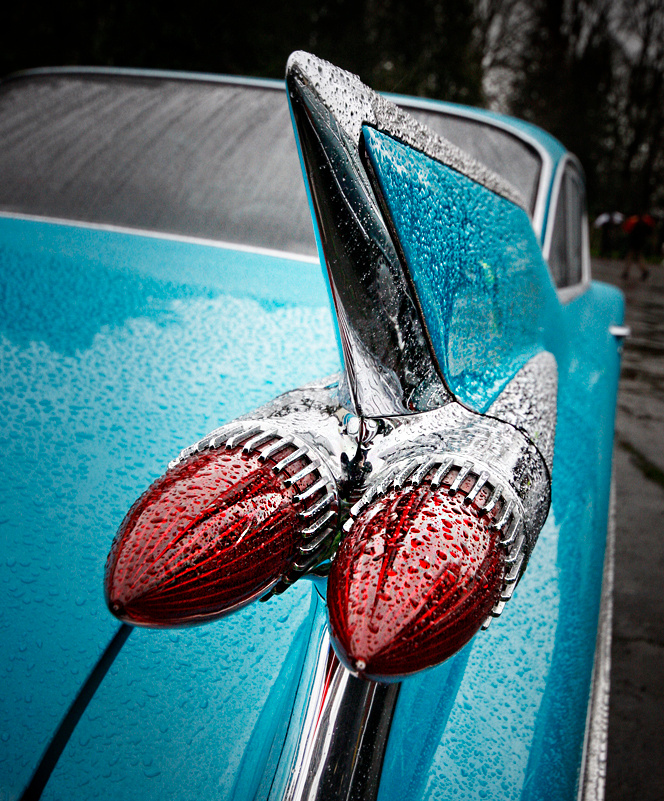 Just imagine how much polishing this amount of chrome will need when the rain dries! 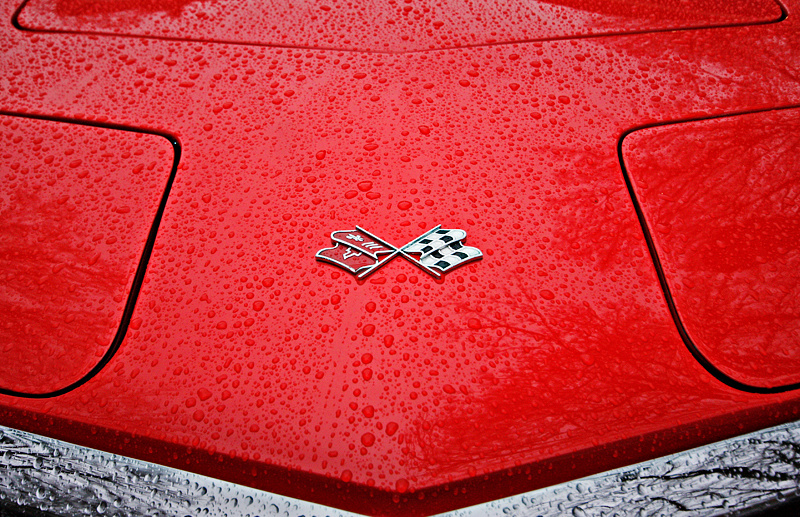 Lovely to see some immaculate American muscle brought out to play. 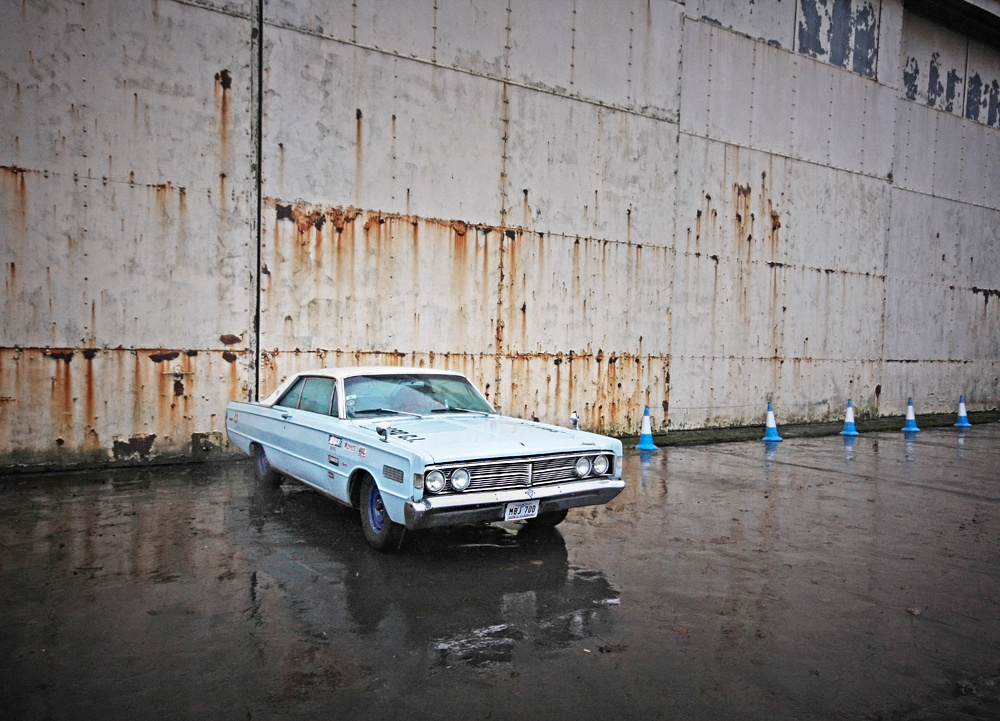 Probably not the easiest vehicle to find space for in a Multi Storey Car Park. 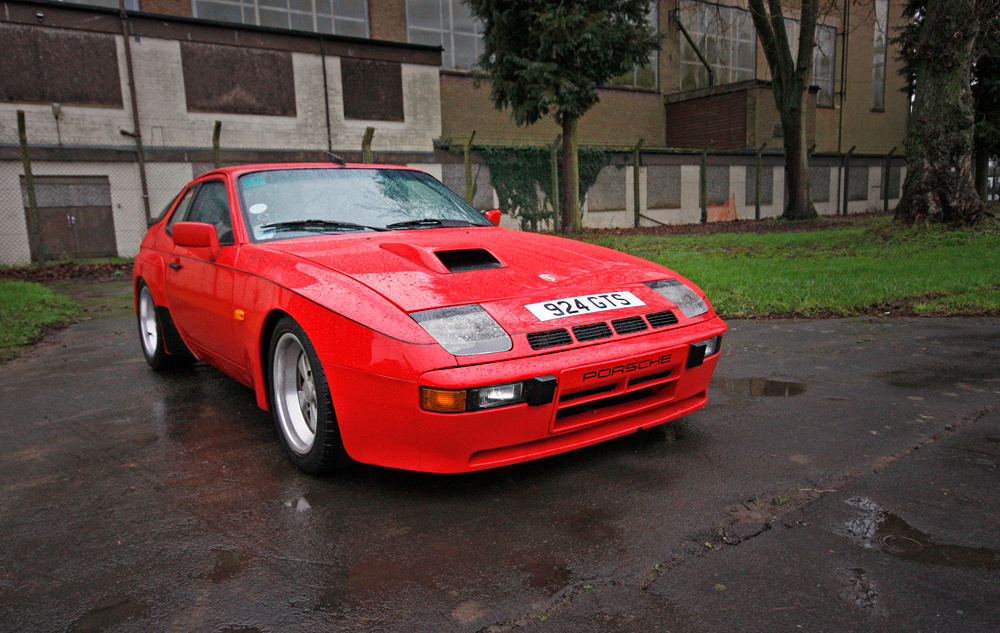 A unique number plate for a very rare car. 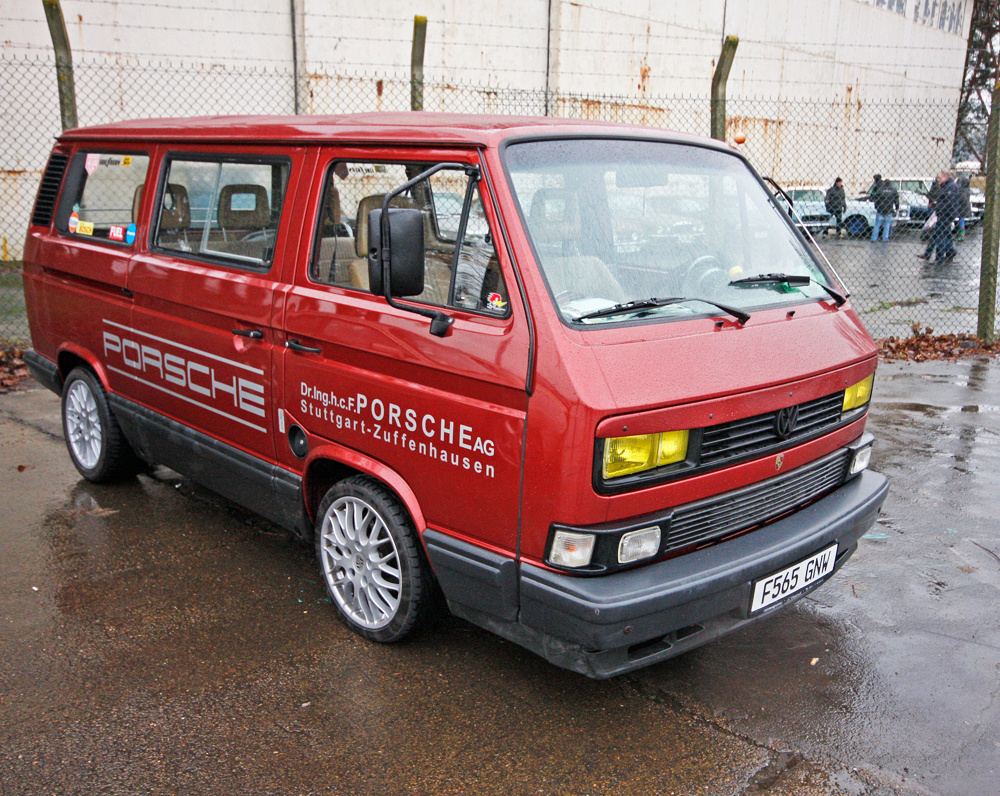 I presume we can call the graphics on this bus, go faster stripes. 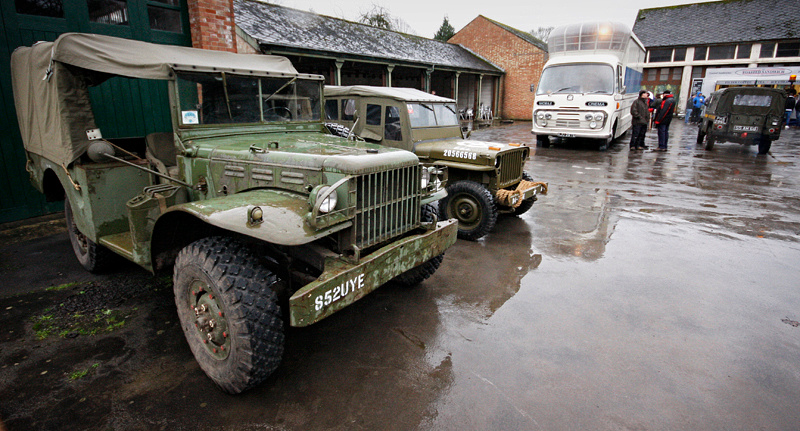 The military were out in force too, along with the mobile cinema. 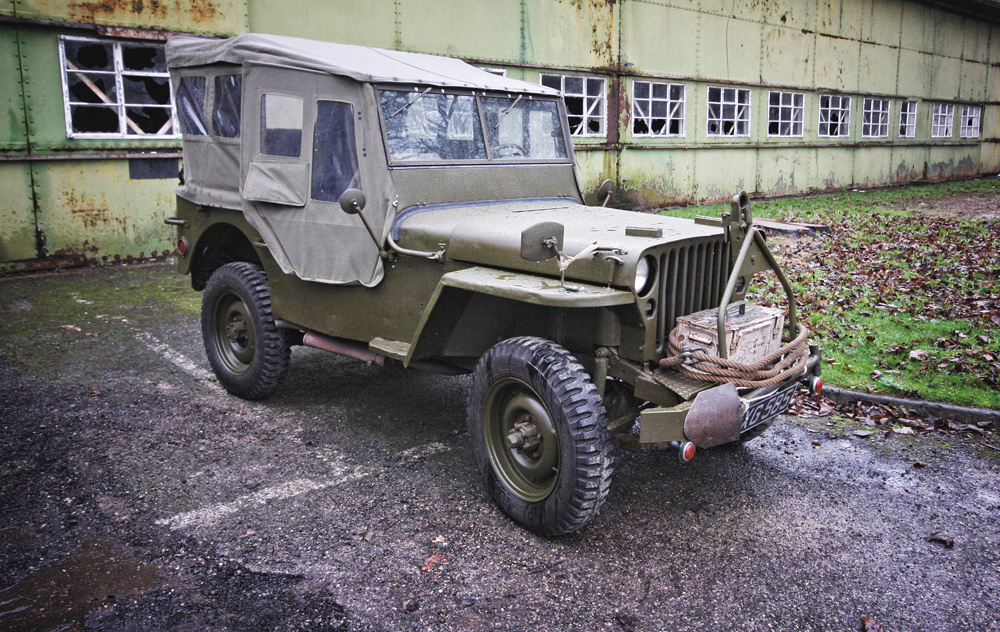 The good old work horse of many an army. 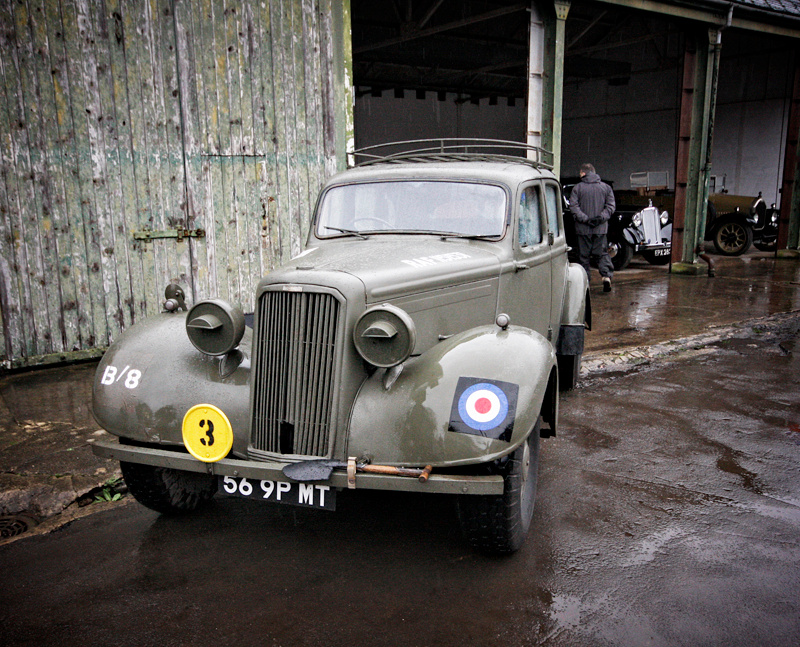 Obviously arrived too late to be in the dry enclosed garage! 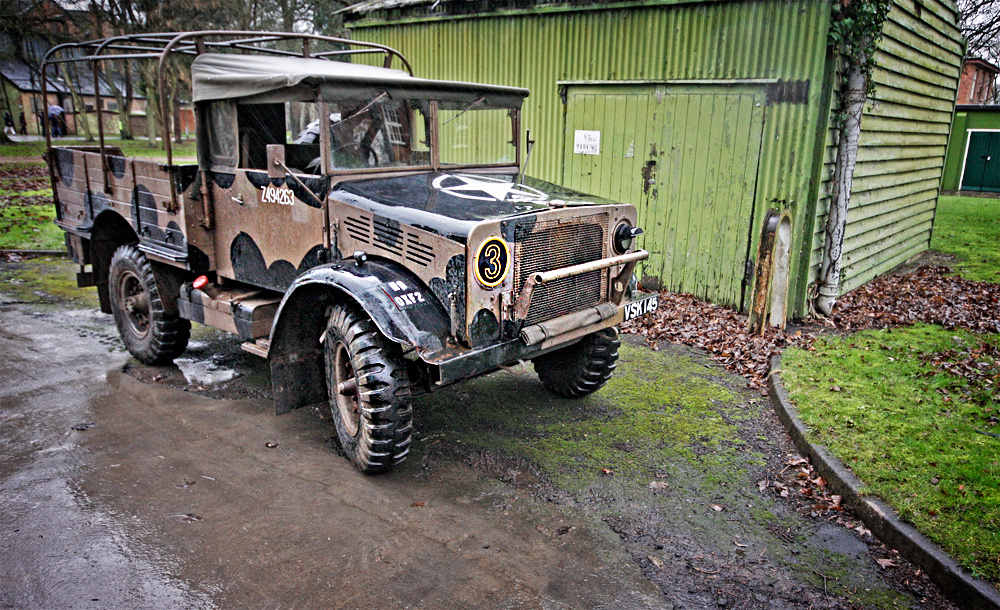 I'm sure a drop of rain won't worry this tough piece of machinery. 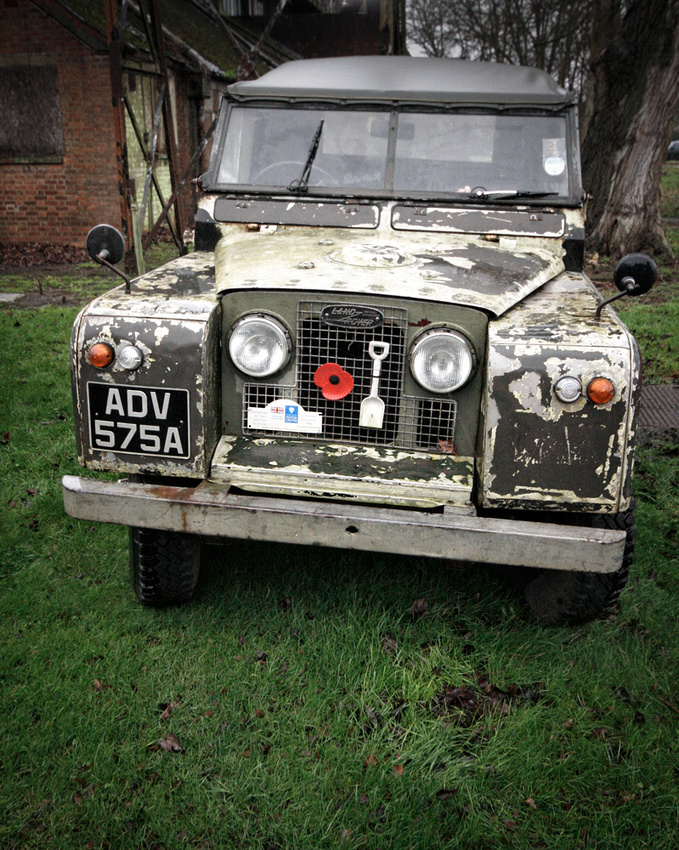 Whilst some cars look good all polished up, old Land Rovers are so much better with the 'lived in' look. 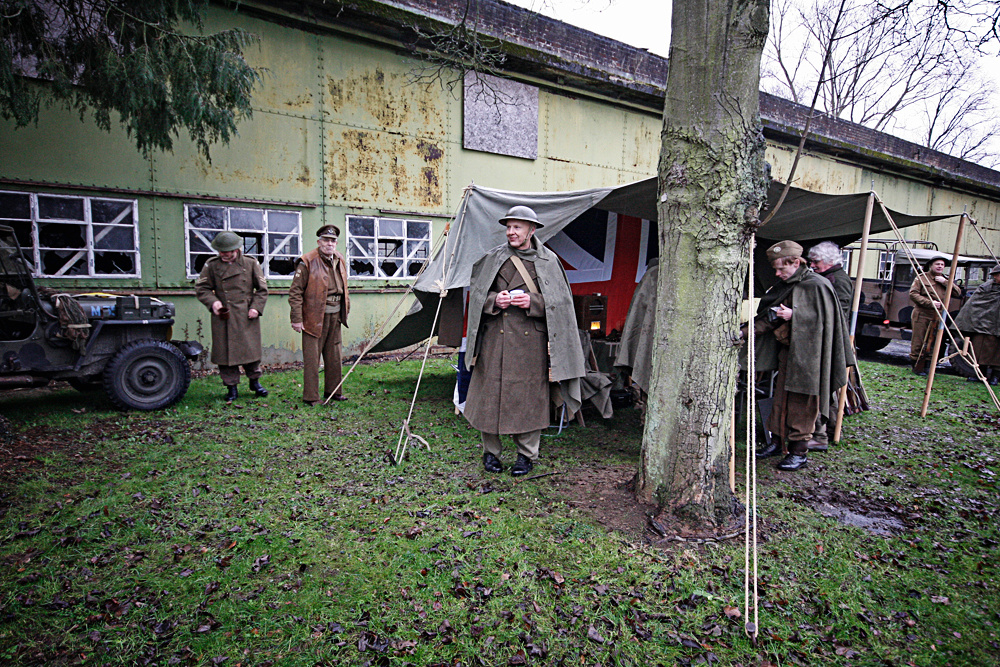 The important military tactic of consuming cups of tea! 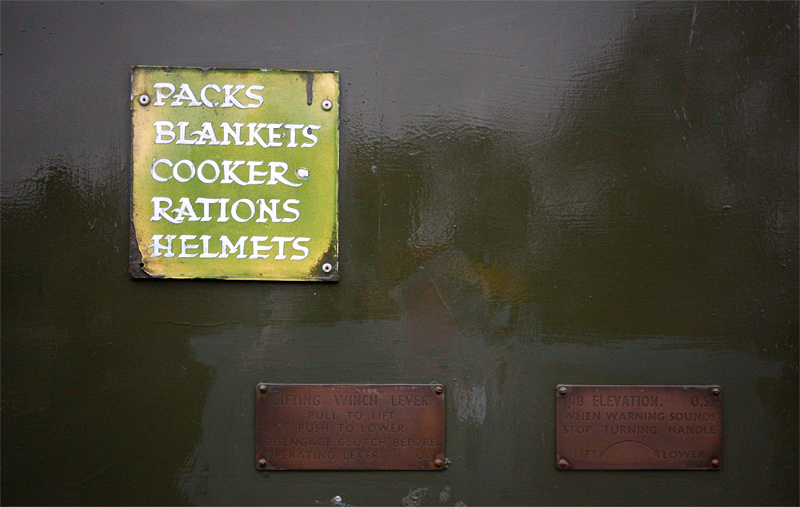 There is a place for everything. 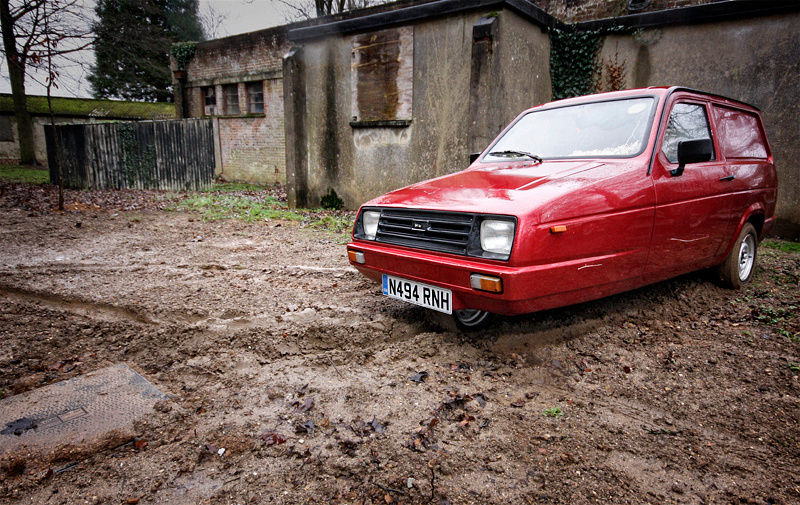 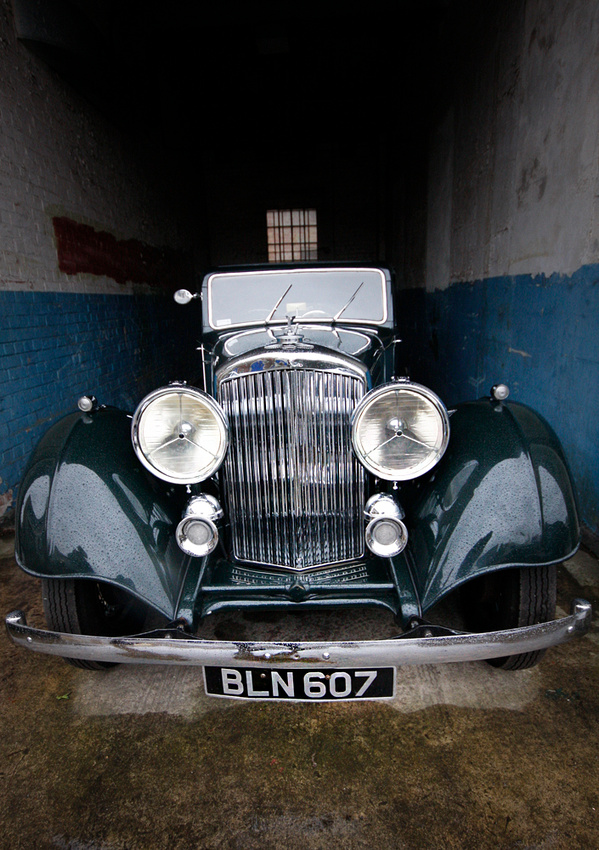 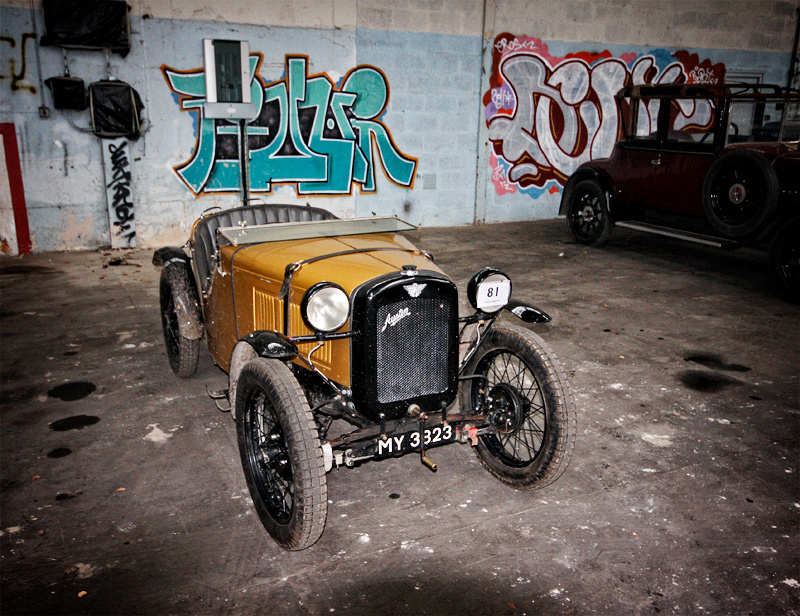 Lovely graffiti inside one of the unrestored hangers, and found a baby Austin in there as a bonus. 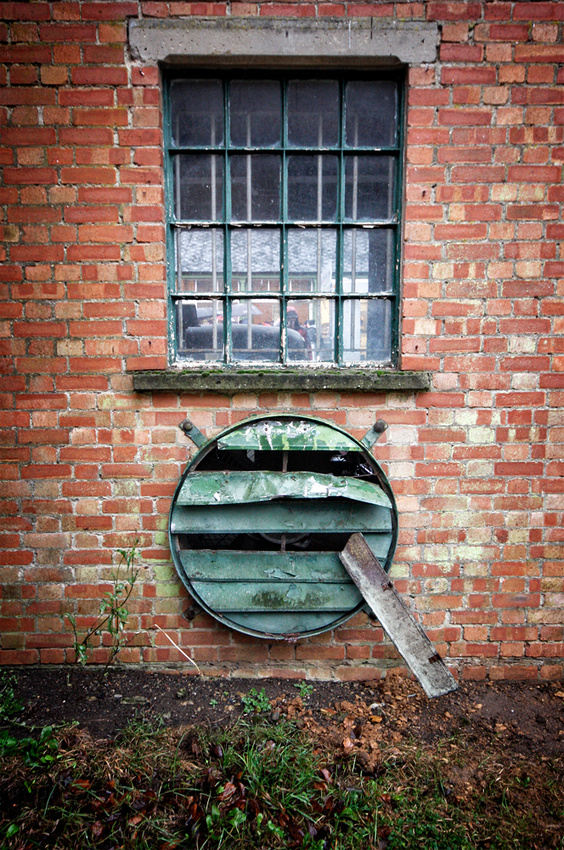 A trip to Bicester wouldn't be complete without a photo of an interesting part of the historic buildings there. There is so much to look at on the site, with a new discovery around every corner.

Despite the wet weather it was, once again, a very enjoyable day out, with special thanks to all those that made it happen on such a grim day.