On Sunday 31st January we found ourselves heading back down to Brooklands, on a cold wet morning to see the VSCC Driving Tests held there. These tests comprise of a defined route that has to be driven around, without the car touching the cones defining the route, as well as having to stop in certain places, all whilst being timed against the clock. A test of both the driver's ability and the performance of the pre-war cars. 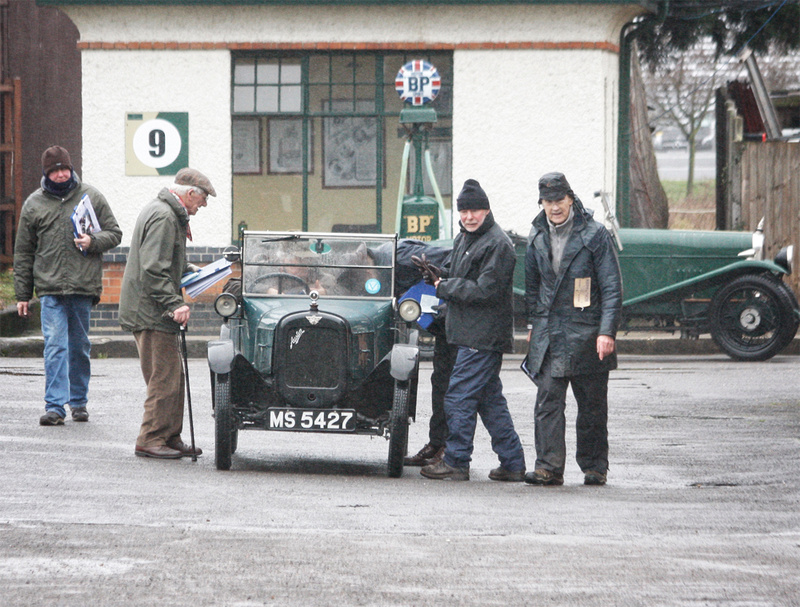 First port of call for all entries is for the cars to be scrutineered, as you can see only the hardy need apply as the rain was already falling rather heavily by this point. 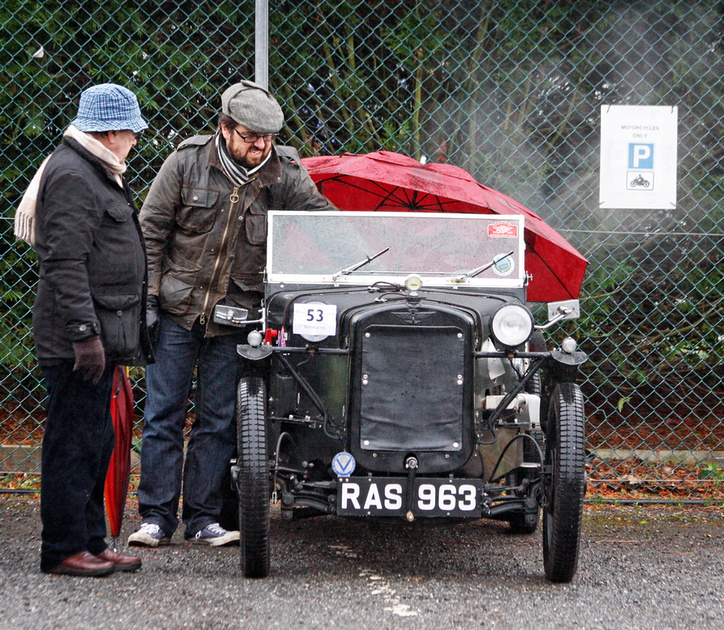 Only true enthusiasts use their umbrella to keep the car dry while getting wet themselves. 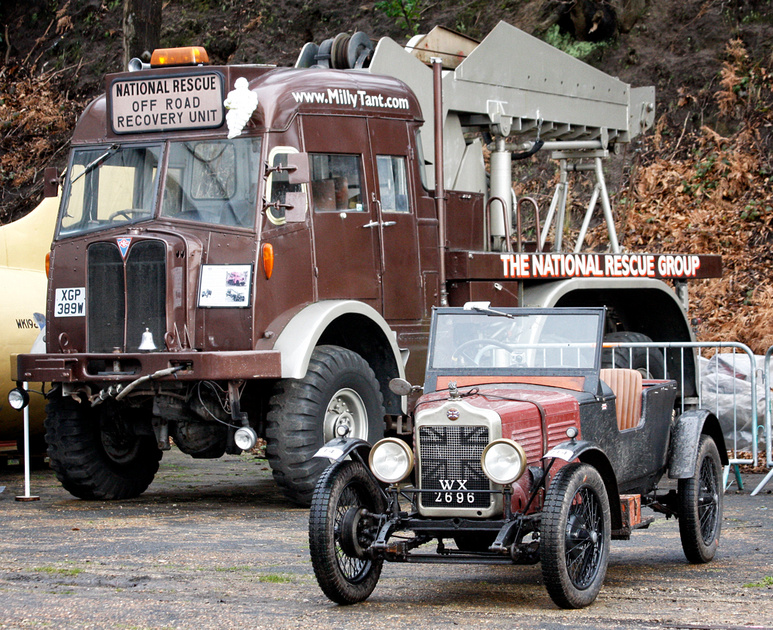 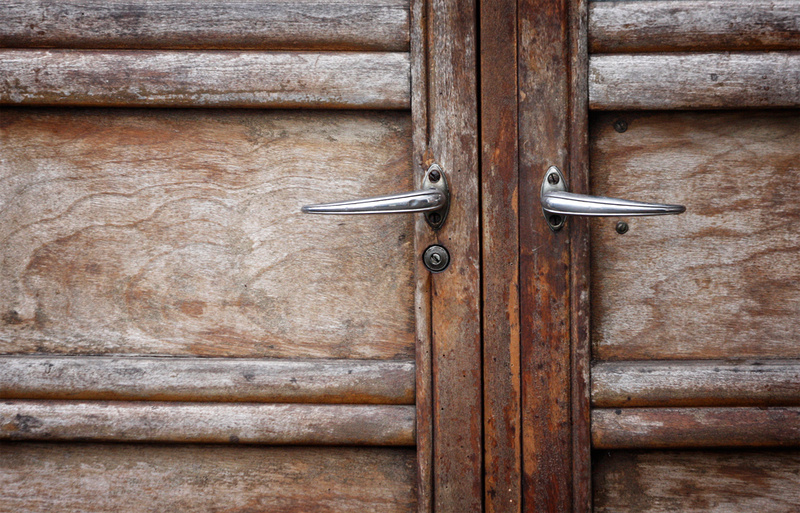 Lovely patinated timber on this woody. 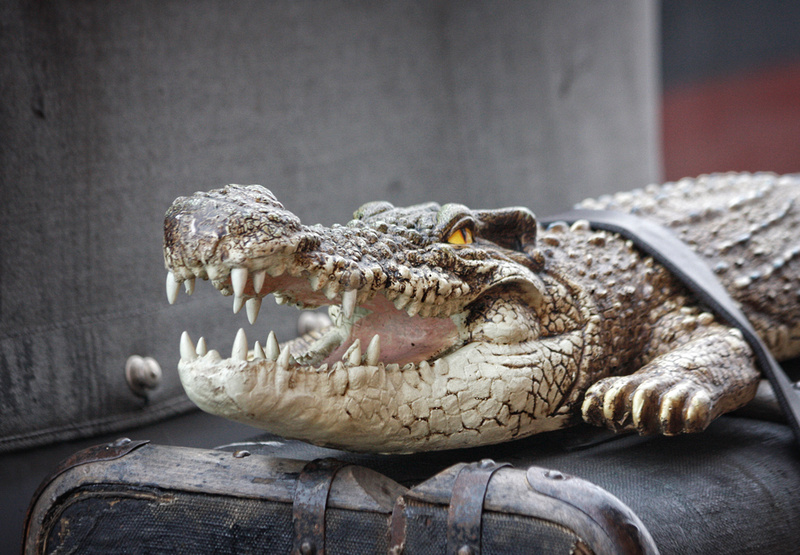 A rather frightening passenger. 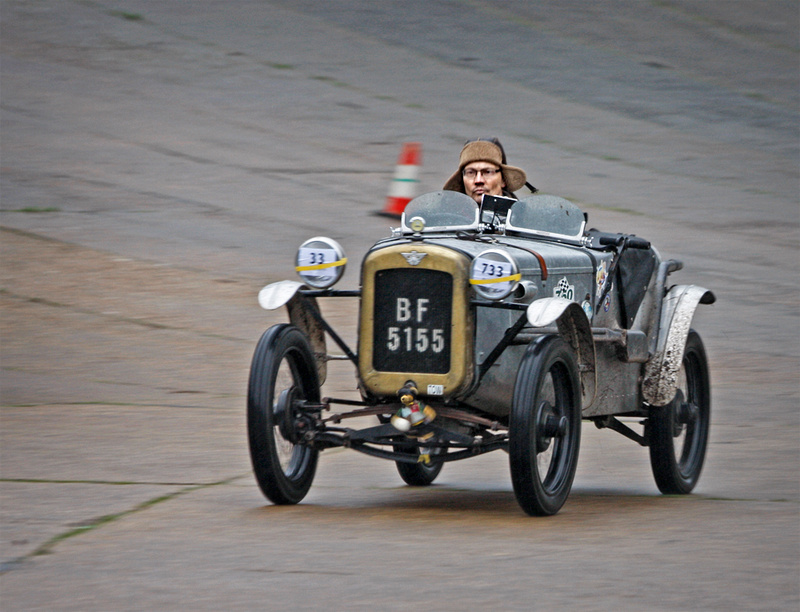 And so the action began, as cars were put through their paces. 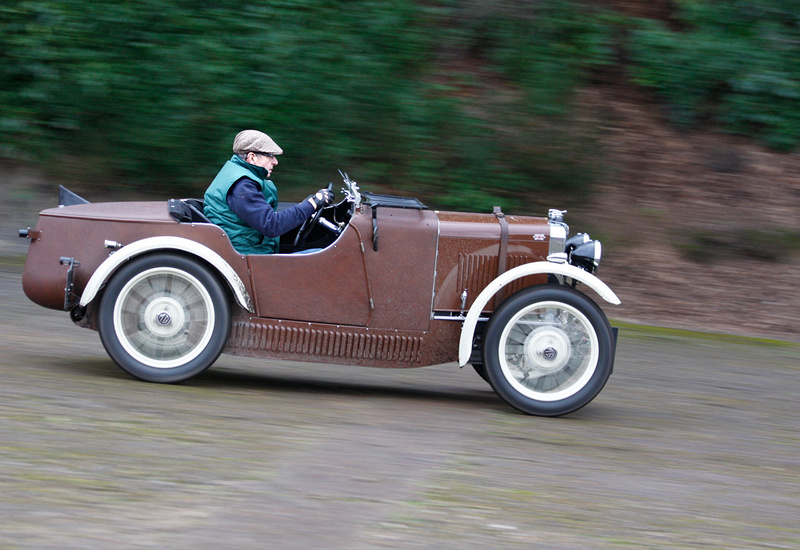 Cars of all types were being used. 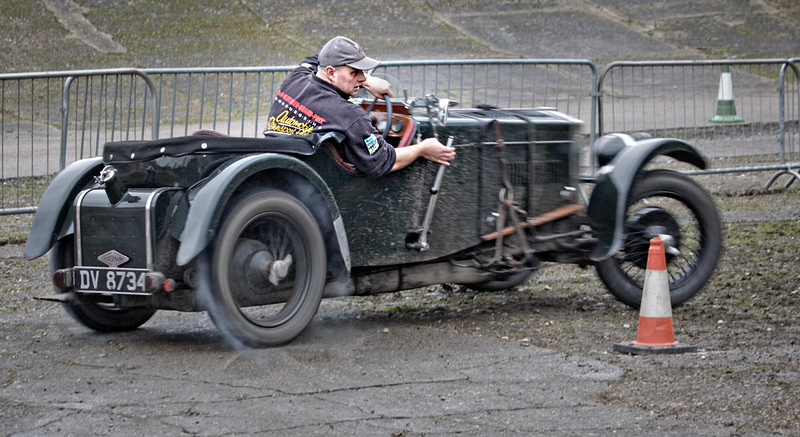 Give a Frazer-Nash driver a corner to negotiate and they will reach for the handbrake as well as the steering wheel!

Lovely Alfa was being driven with real enthusiasm. 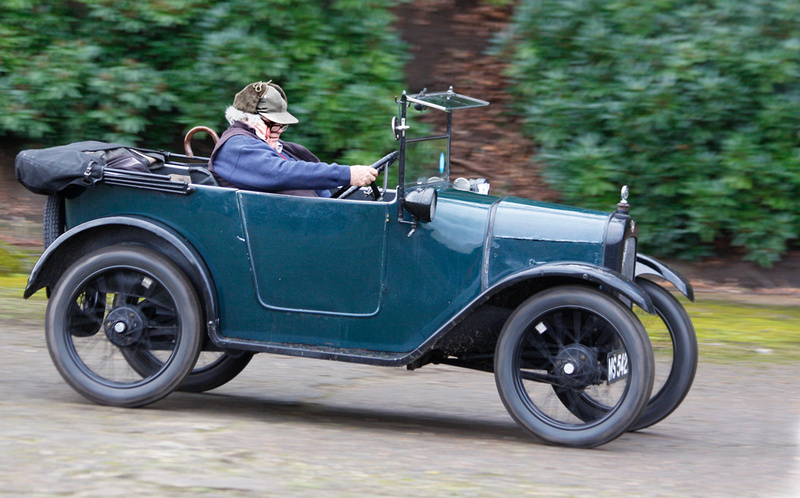 Whilst others went about the task rather more sedately. 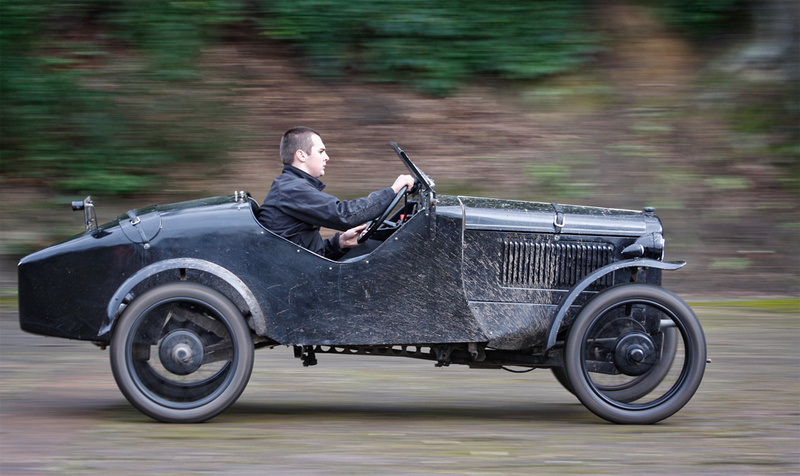 Looks as if soemeone will be busy with a a bucket of soapy water later. 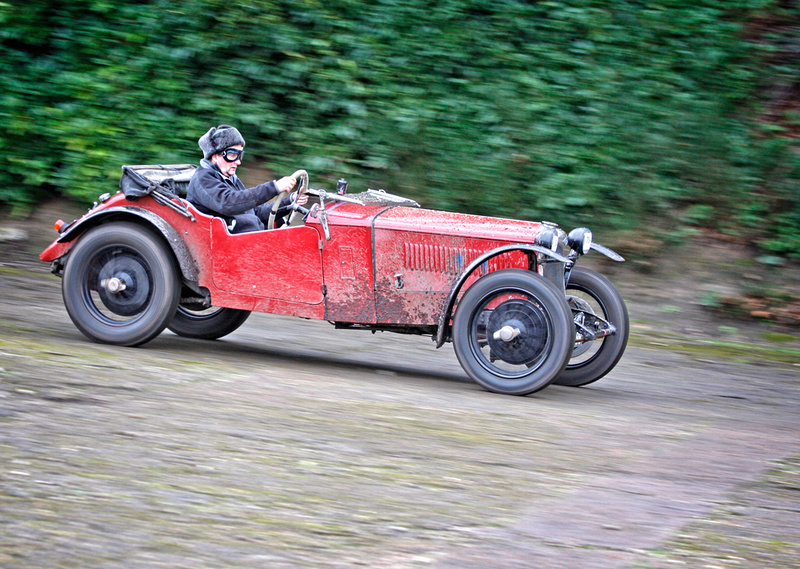 All sorts of headwear was being used to keep the mud out of eyes and the head warm on what was a very damp and cold day. 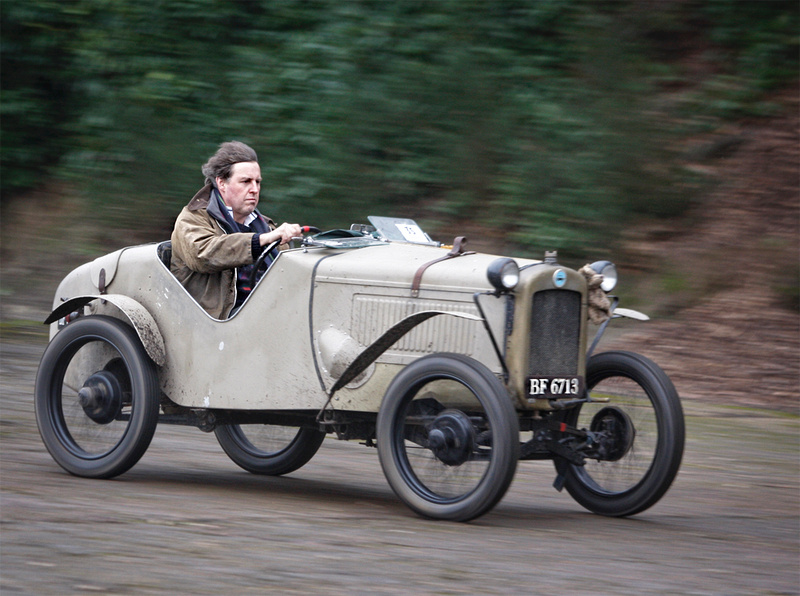 These cars may well be old, but they have a surprising turn of speed. 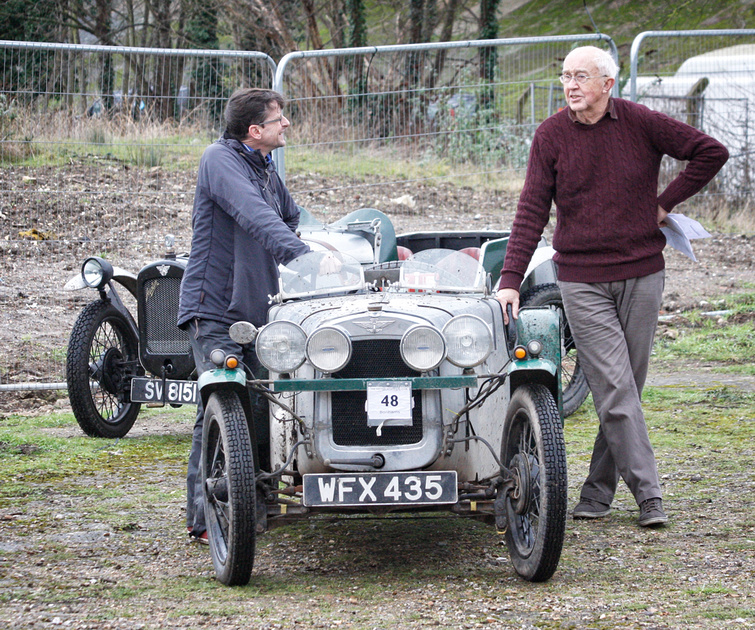 Needless to say, there was much to chat about! 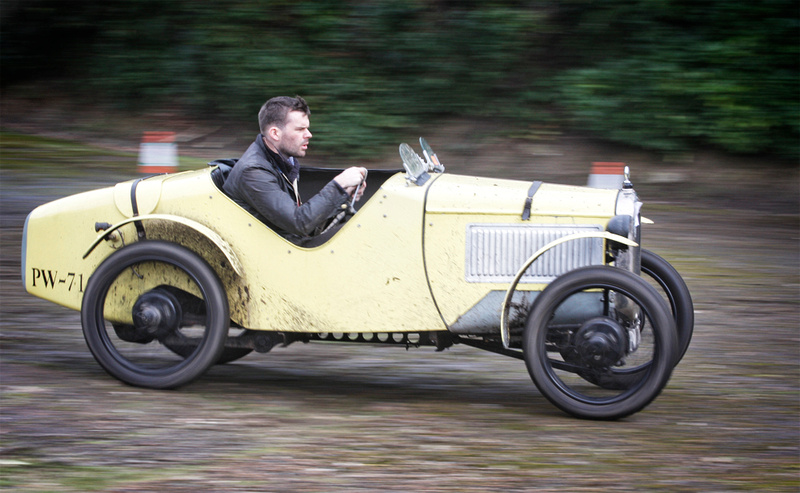 The saying is 'Flat out and fearless' I believe. 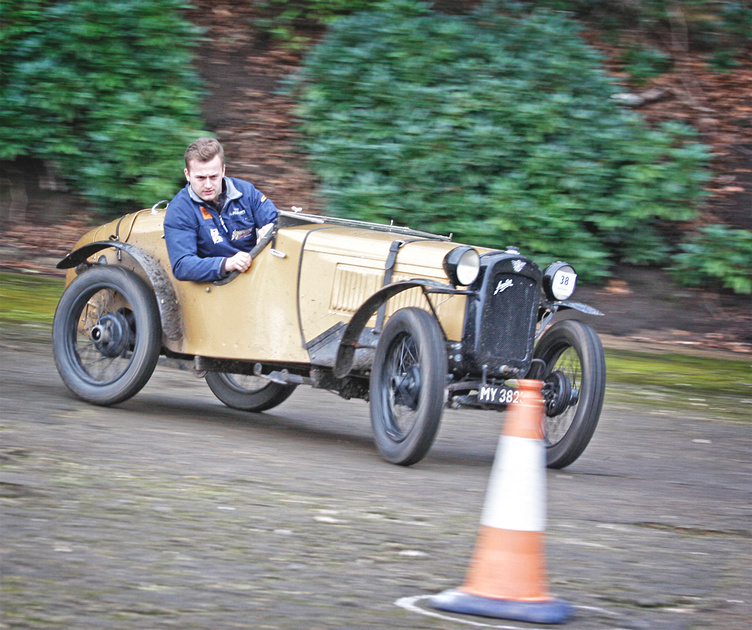 Cornering hard to make it around the cone as fast as possible, with a look of intense concentration on the face. Now either that is a very large cone, or it is a very small car! 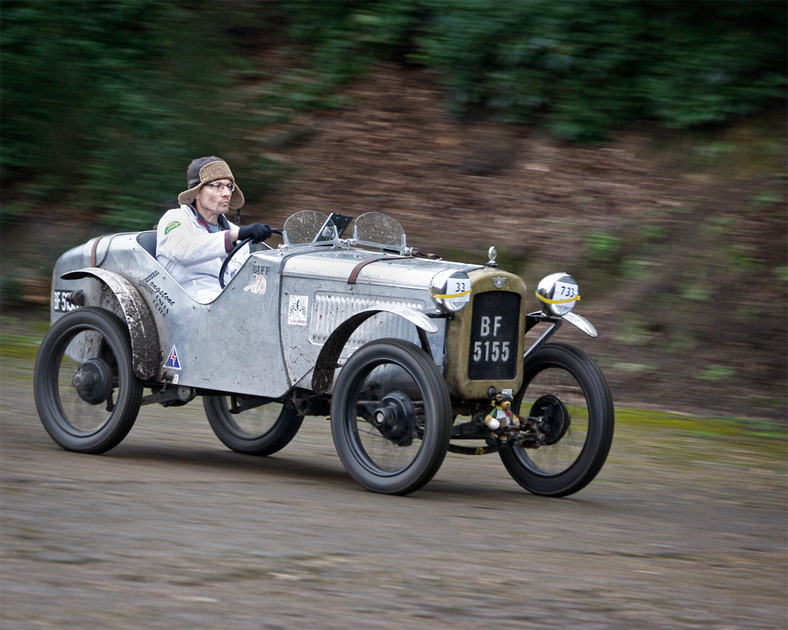 Where would you be without your lucky mascot on display? 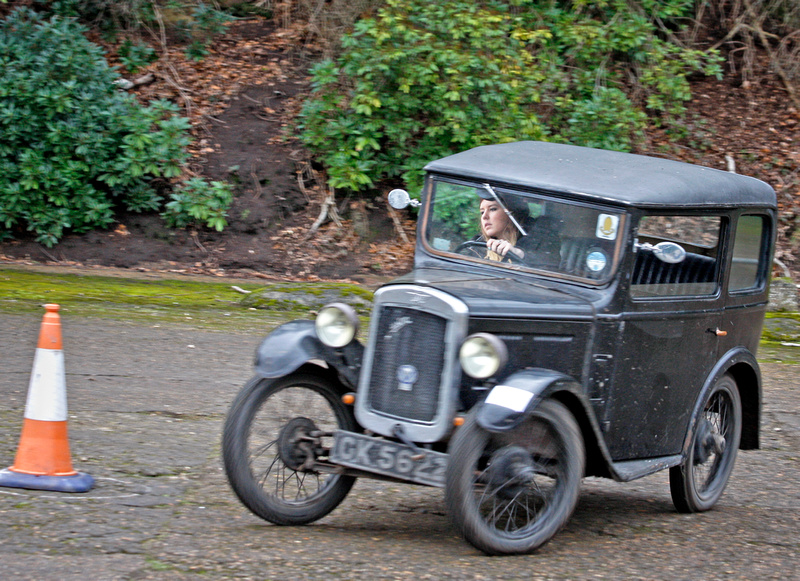 The benefits of competing in a car with a roof on, of course was that you remained dry (hopefully). Note the rather steep angle of body lean as the car tries to negotiate the corner at a far higher speed than it was intended to when it was built! 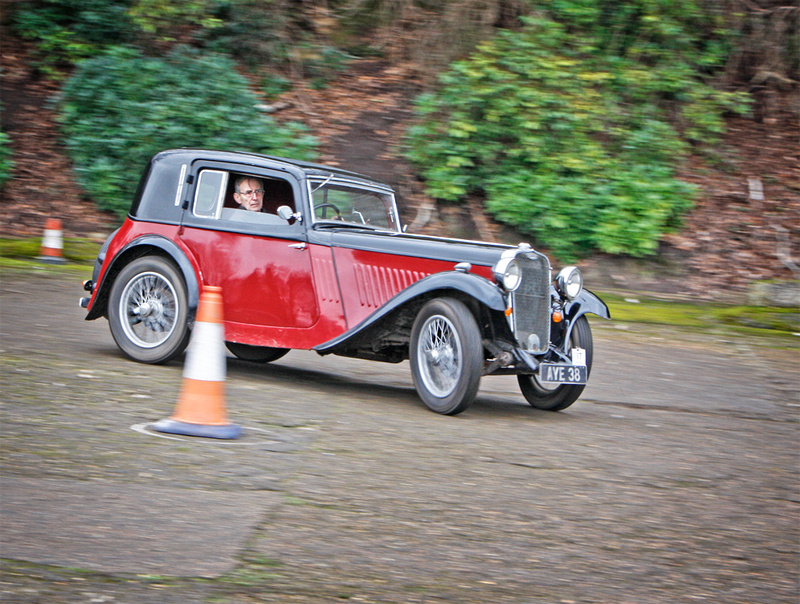 One of the more nimble saloons. 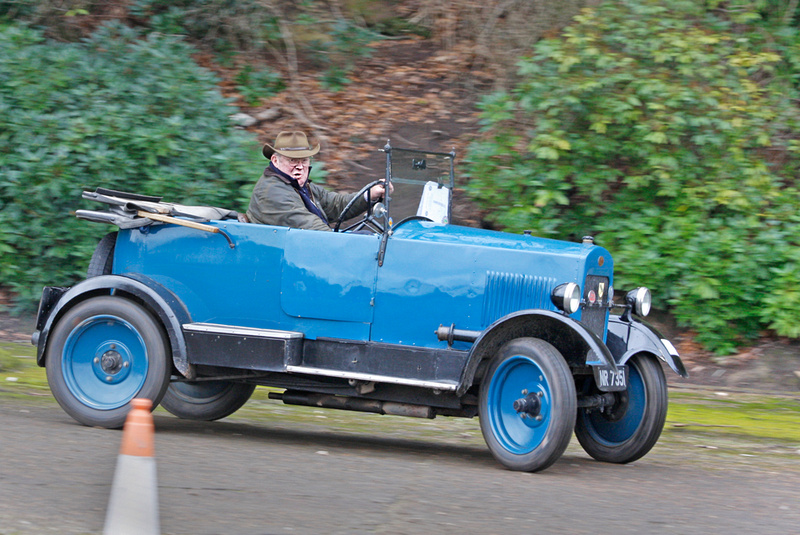 Tight turns, speed and maneuverability were not this machines strong points, but the driver still attacked the course with enthusiasm. 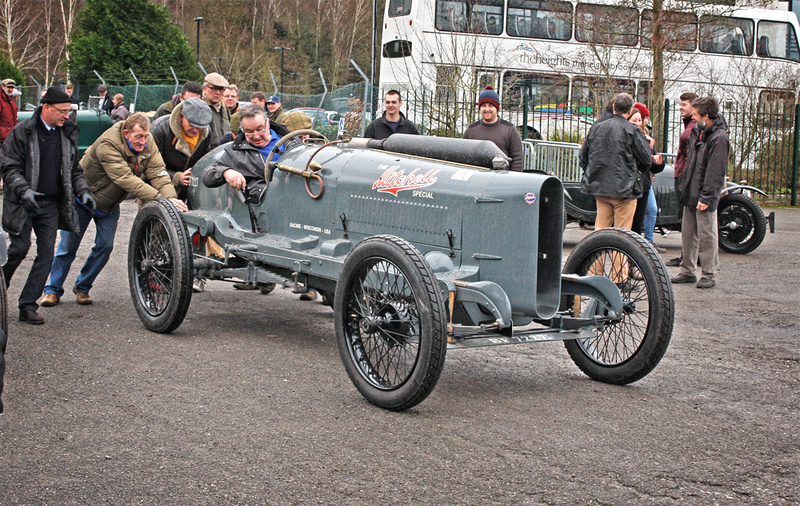 Whenever you bring a highly strung sporting classic out to play, it pays to have a willing push starting gang at your disposal. 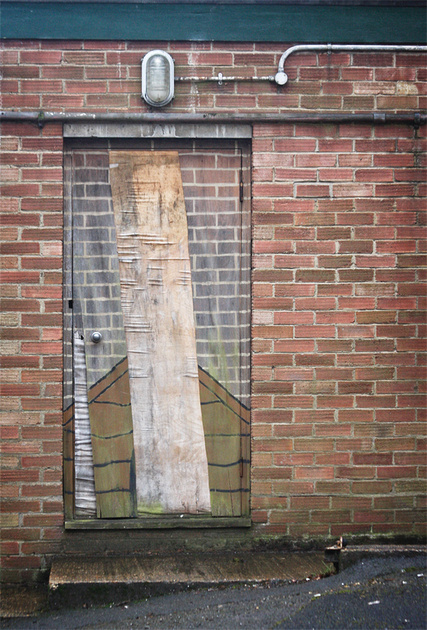 Brooklands, as always had a quirky scenario hidden away for you to discover. 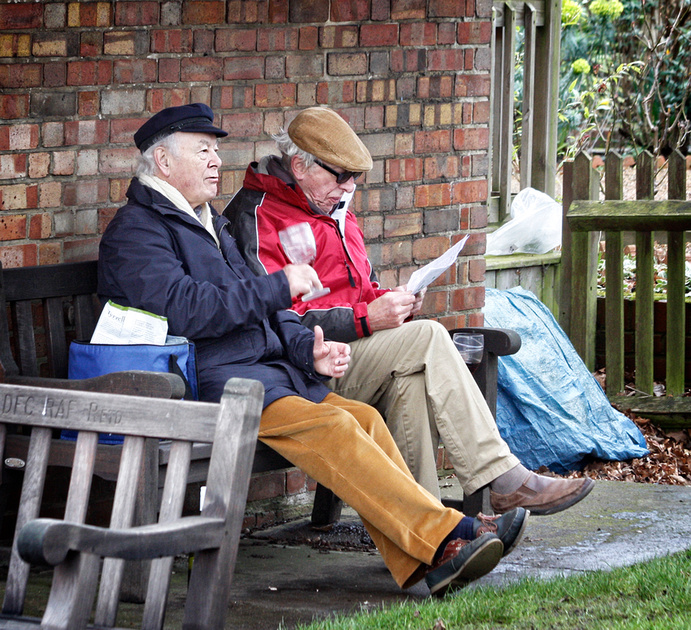 When the excitement gets too much, best to pour yourself a nice glass of wine, open the packet of crisps and just relax!

Many thanks to all those that made the day possible, the marshalls, volunteers, and drivers that braved what were at times some pretty miserable weather conditions to put on a very entertaining day's sport. Looking forward to next year's event already!