On Saturday 16th April we headed to Silverstone to have a look at the WEC event there. Being the Saturday meant that we could catch the WEC cars practice and qualify as well as see the 4 hour race for a round of the ELMS series. I had never seen these endurance racers in action before, and looking at current machinery rather than the classic variety made a very pleasant change.

We arrived to find the rain falling fairly heavily, falling almost as quickly as the temperature as it was absolutely freezing. 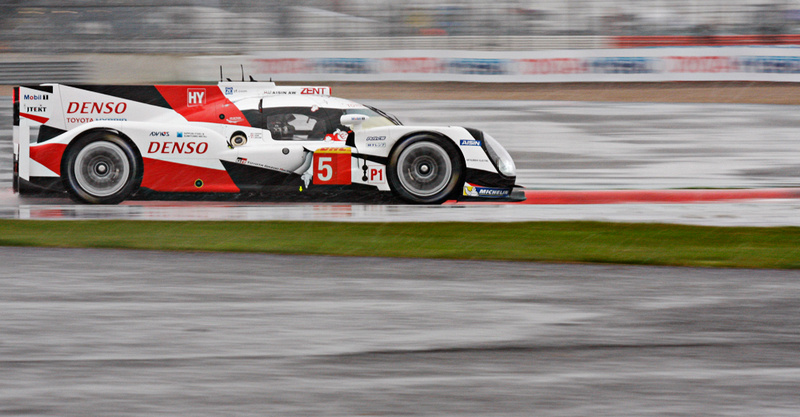 So out came the WEC cars for practice, and I have to admit when you see them in the flesh, they are quite the strangest looking machines I have ever seen. 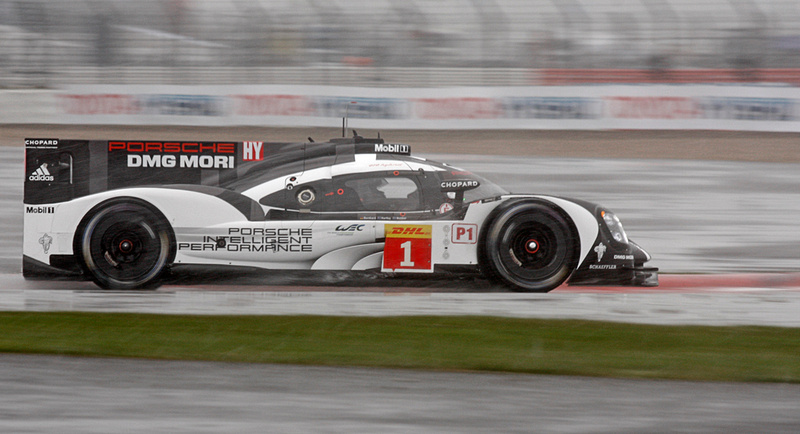 As the track got wetter, and the temperatures continued to plummet, grip seemed to disappear at a fast rate and they tip toed round for only one lap. 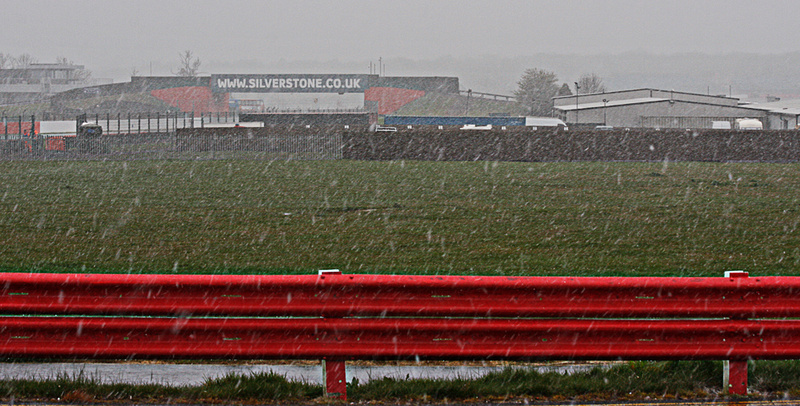 Then to cap it all we had a pretty severe snow shower, more suited to rally cars rather than these tarmac terrors. 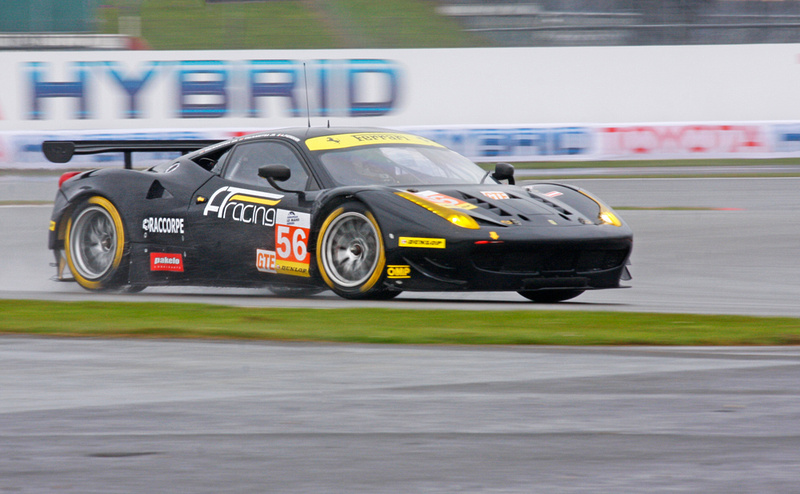 After a bit of a delay, the action got underway once again. 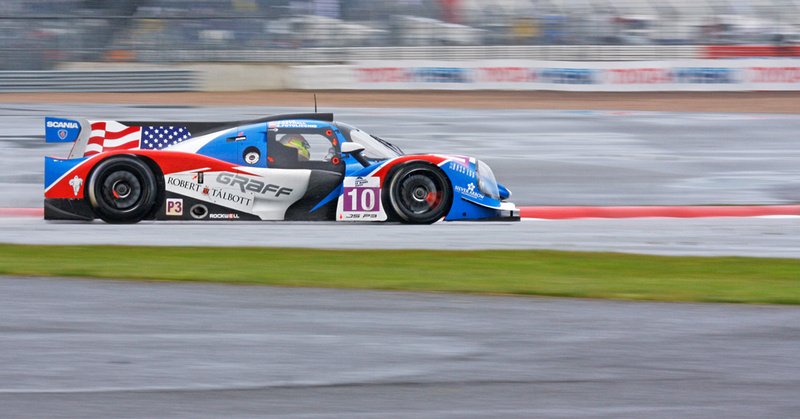 You have got to give credit to the livery designers when the cars look as striking as this. 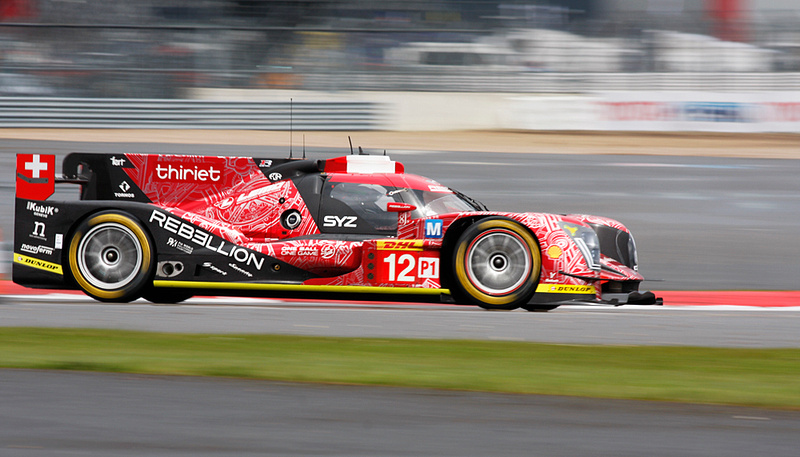 Now things began to get moving at a quicker pace. 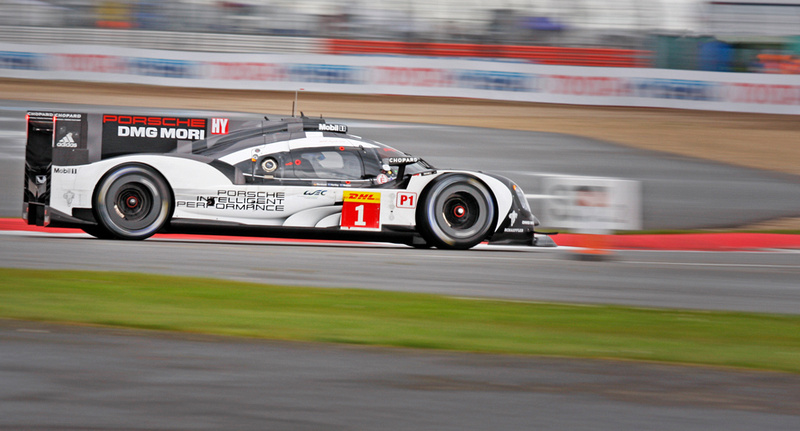 Never seen so many curves and straight lines in one machine as these machines exhibit.

The Toyotas were hoping for an improvement in form from last year with their comprehensively redesigned car. 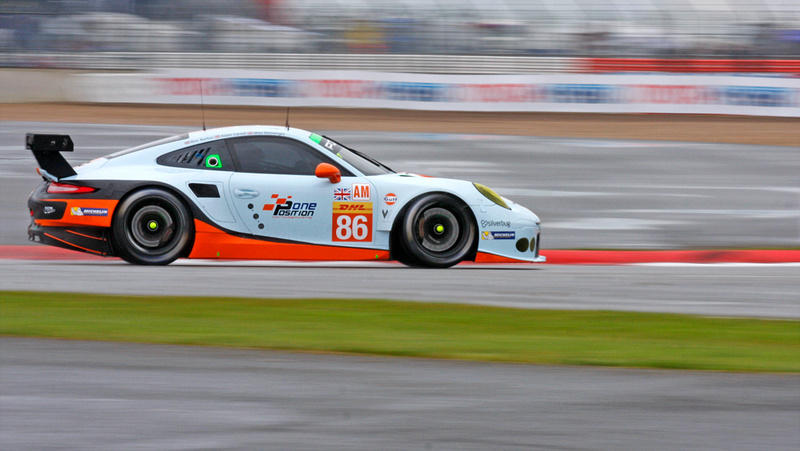 Whilst much more closely related to a road car, than cars in the some of the other classes, it is a pure bred racing machine. 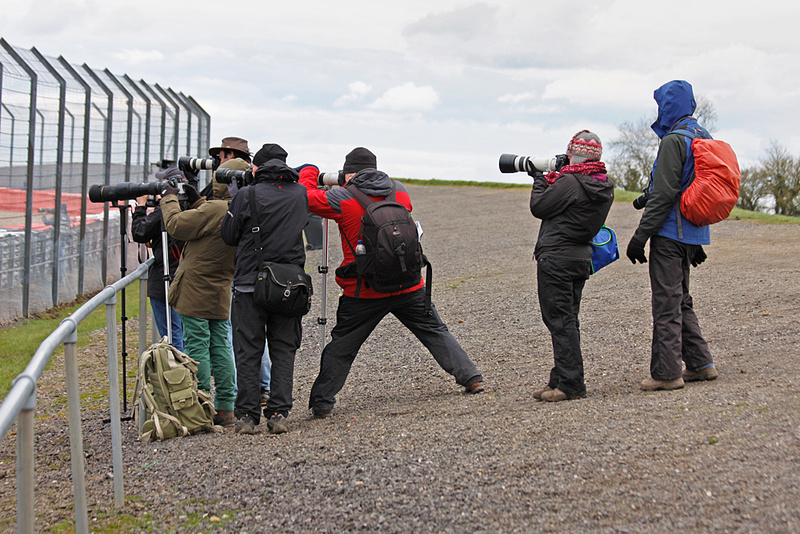 If you find one good viewpoint, you can be sure the other photographers will swarm around it like bees around a honey pot! 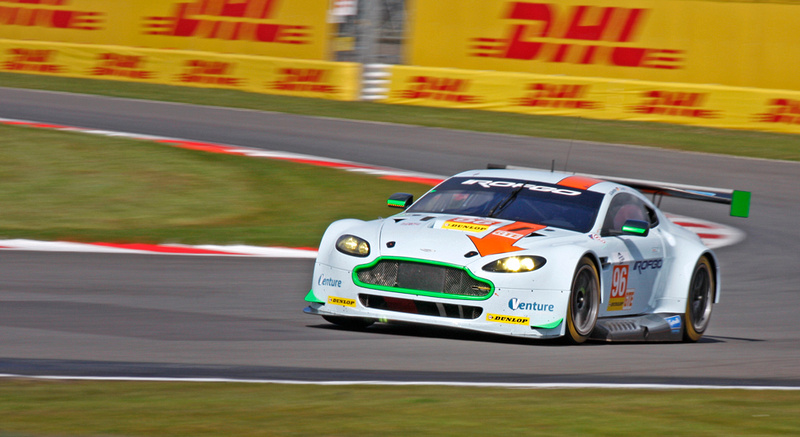 After lunch, the sun came out to play. 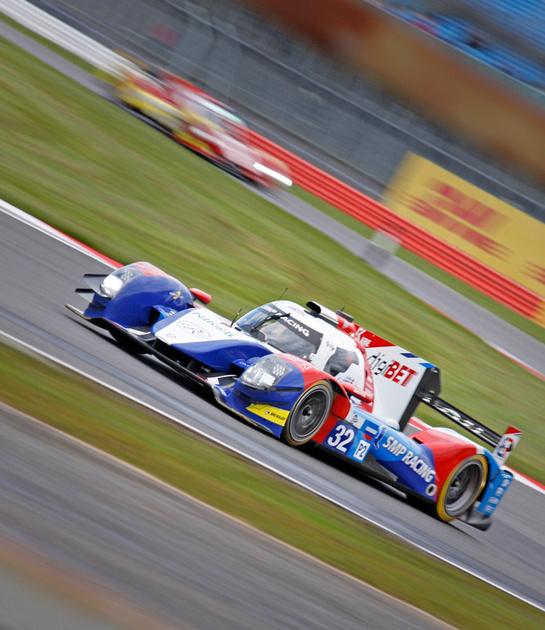 One thing that I did notice was the strange aroma in the air when the cars were on track, quite unlike any other smell that I have found at other events, especially unlike the classic events where the air is thick with the aroma of good old Castrol R.  It had a wheaty, oaty scent to it almost reminiscent of a brewery! 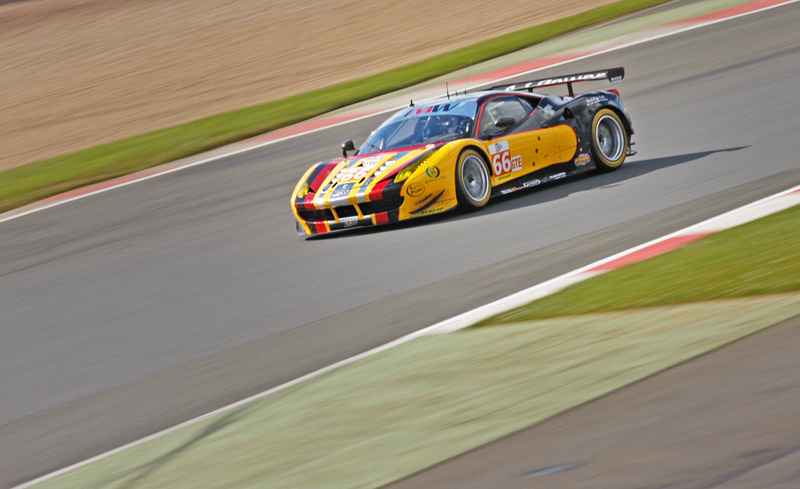 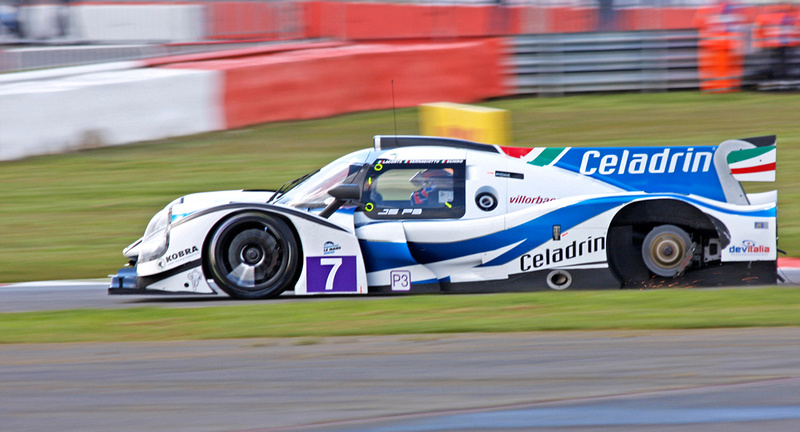 If anyone sees a spare wheel laying around, I think it belongs to this guy!

One thing that did come as a pleasant surprise was the accessibility granted to normal punters like us. The paddock was open at all times, and I took this picture whilst sat at a table with a coffee. Also note how few people were around. 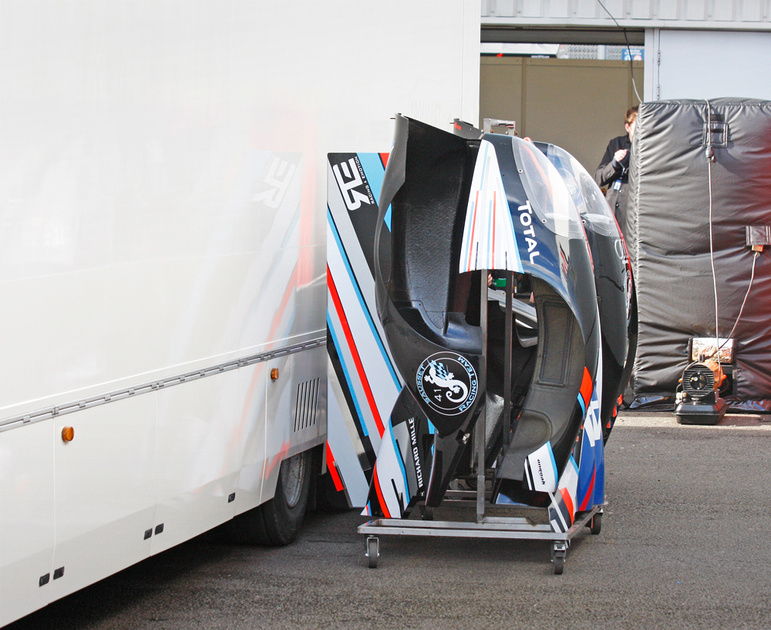 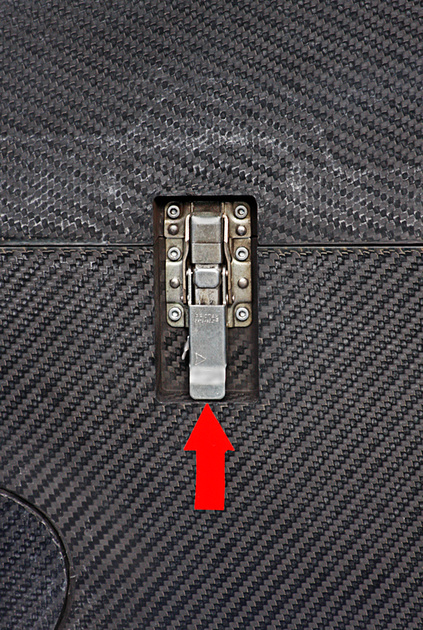 Catch recessed into the carbon fibre. 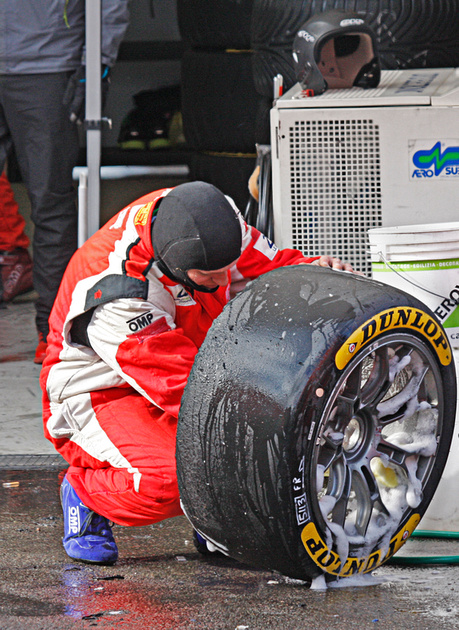 It was great to see all the mechanics going about their routines to keep the machines in fine fettle whilst out on track. Wheels and tyres seemed to be of particular interest too them, with regular wheel washing a constant sight. 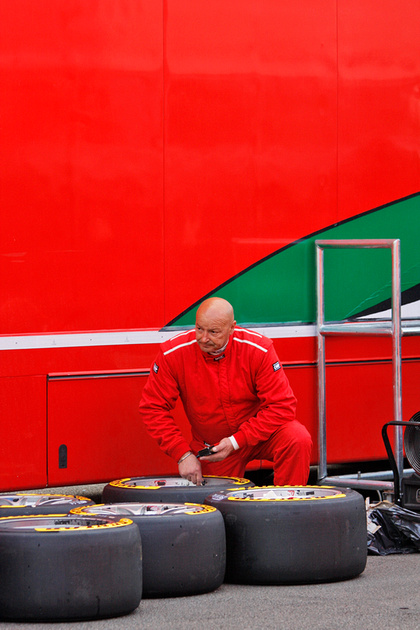 Tyre pressure were checked with precision. 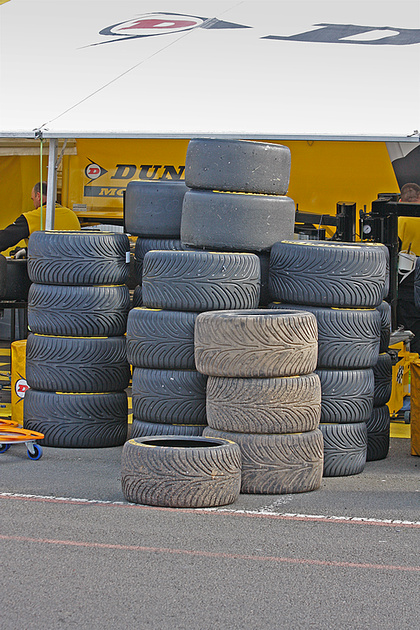 There were literally truckloads of tyres all around the paddock, along with an army of tyre fitters to keep the cars shod. 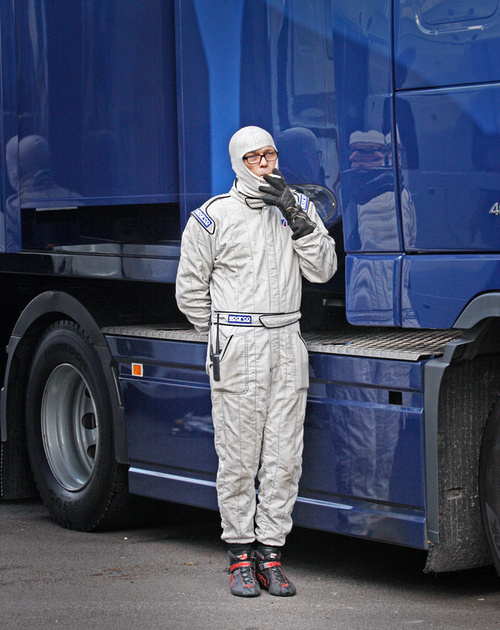 A little time for relaxation, no matter how hectic things appear. 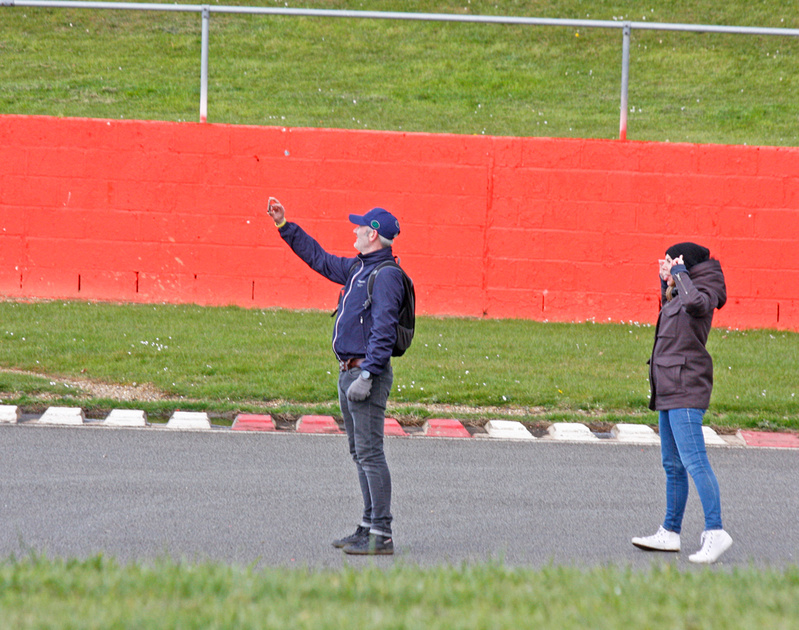 Of course no event is complete these days without the 'selfie' being taken, and this one was no different!

All in all a thoroughly enjoyable day out, even if a little cold at times, but the sight of such fast machinery in action more than made up for it!