On 21st May we headed down to Goodwood for the Benjafield Racing Club's Sprint. What a treat it was to pull straight into the circuit, travel underneath the circuit in the hallowed tunnel to park up right beside the Paddock, if only the Revival was like this! Naturally, we had a walk around the paddock taking in the sights and aromas of the proper machines on show, each one, no doubt, with many stories to tell of their individual unique histories. Bentley's were the mainstay of the paddock but other interesting machines were there too. 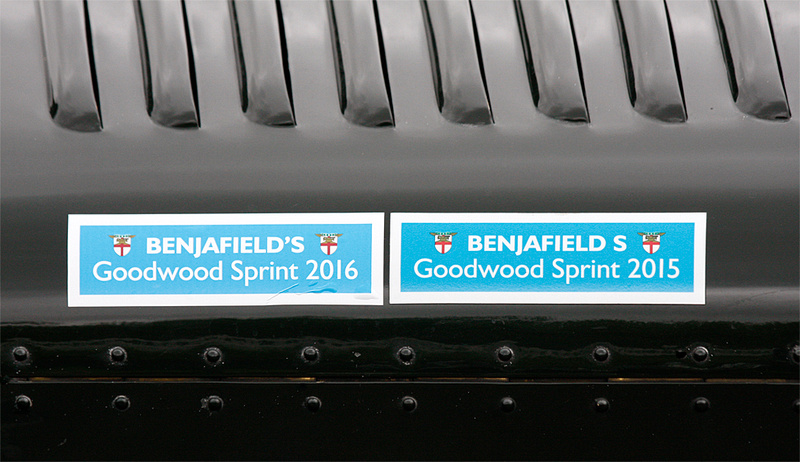 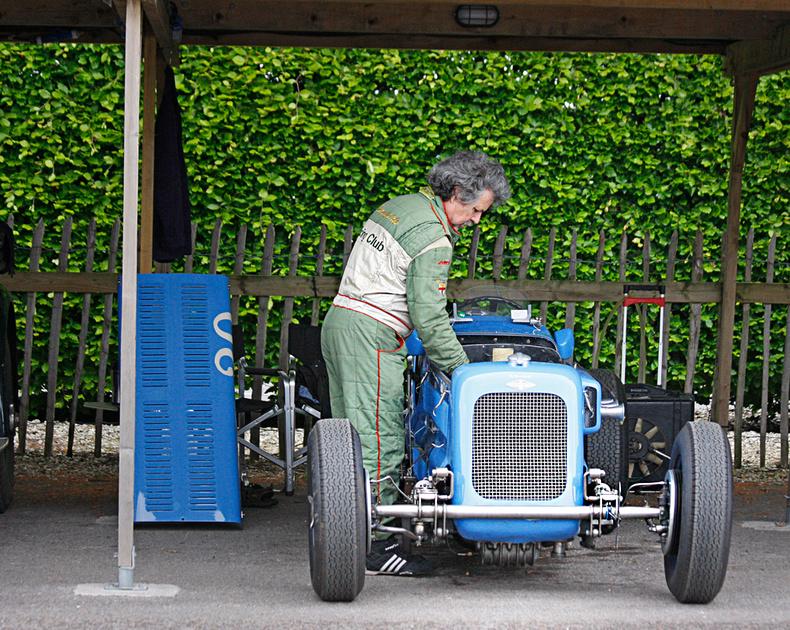 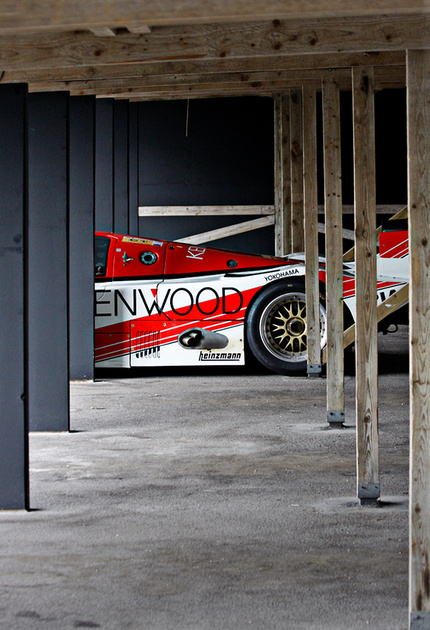 Always worth exploring the unlikeliest places to see what is hiding in there. 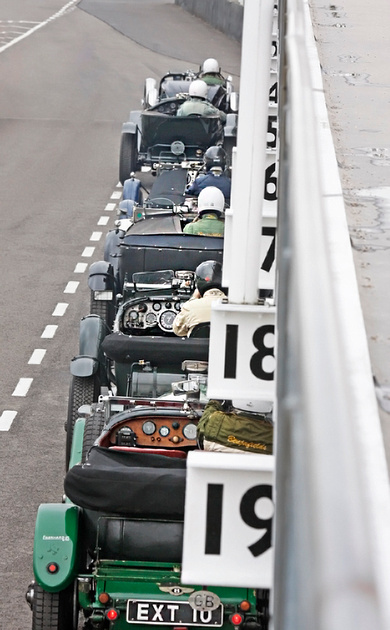 Queued up ready for the Marshall's signal to start their flying lap. 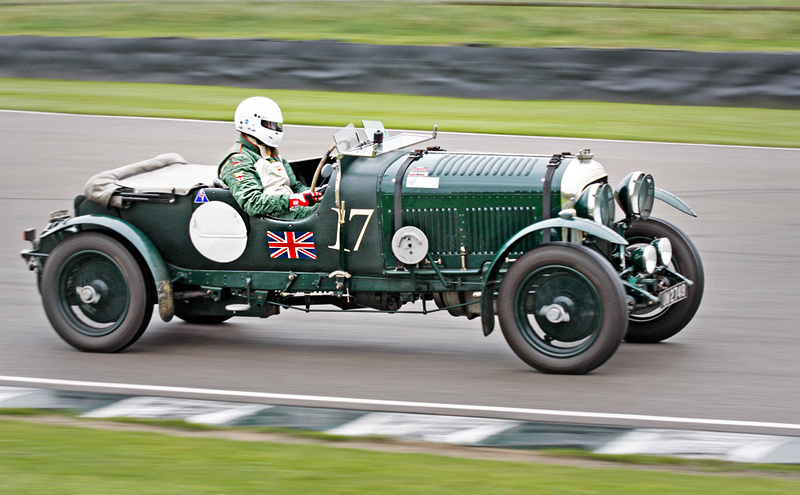 These mighty Bentleys look good parked up, but they look so much better when on the move. 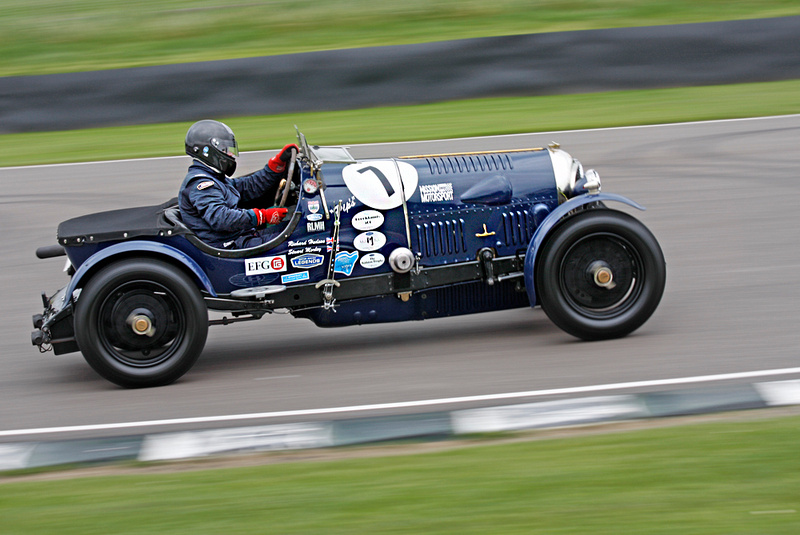 The cars may be old, but they can still be hustled along at a good lick. 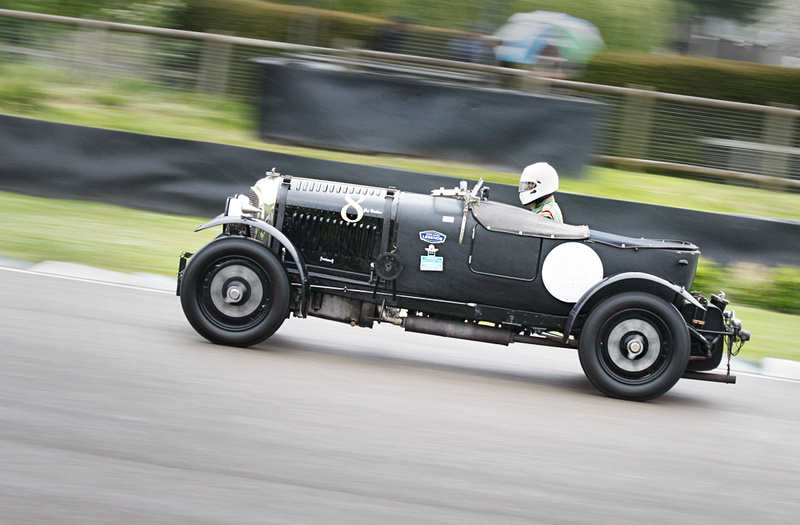 Just look at the size of that sump protruding underneath the car, engineering on a mighty scale. 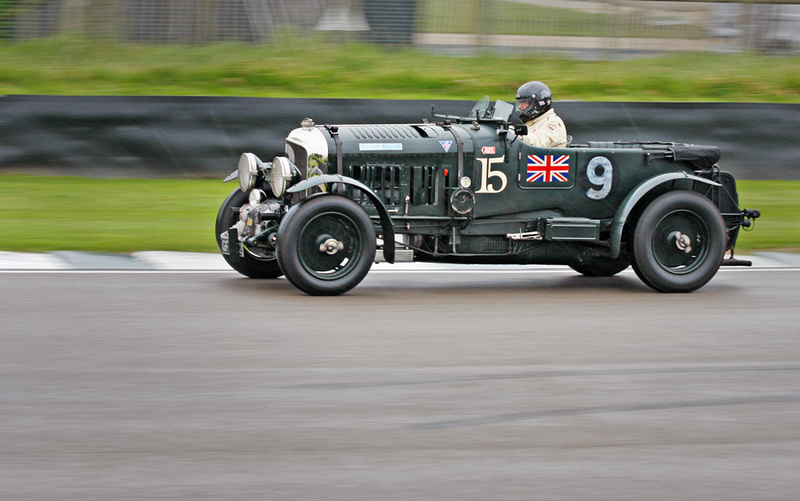 Alas, a little drizzle of rain began to fall to make the track short of grip, but did that deter the intrepid drivers? Not one bit! 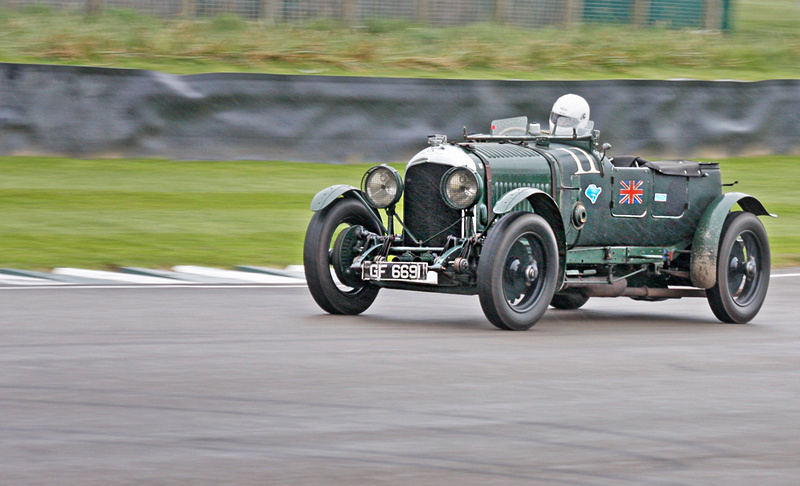 Big heavy Bentley, driven at speed in the rain, definitely not for the faint hearted! 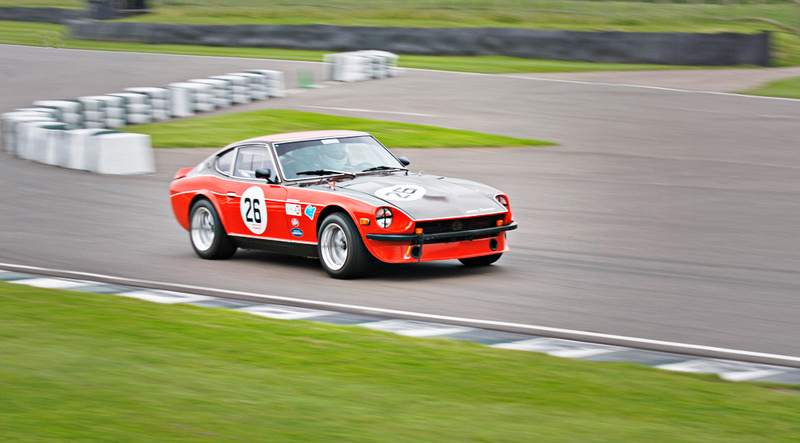 The Mighty Samurai came out to play too in its bright paintwork. 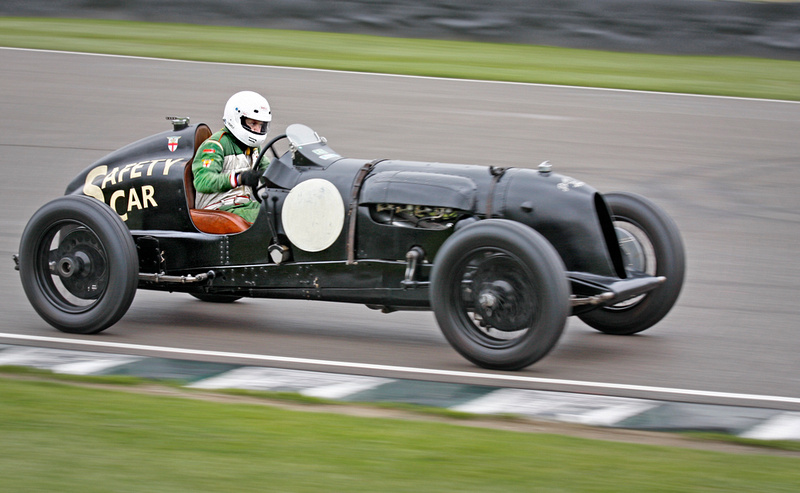 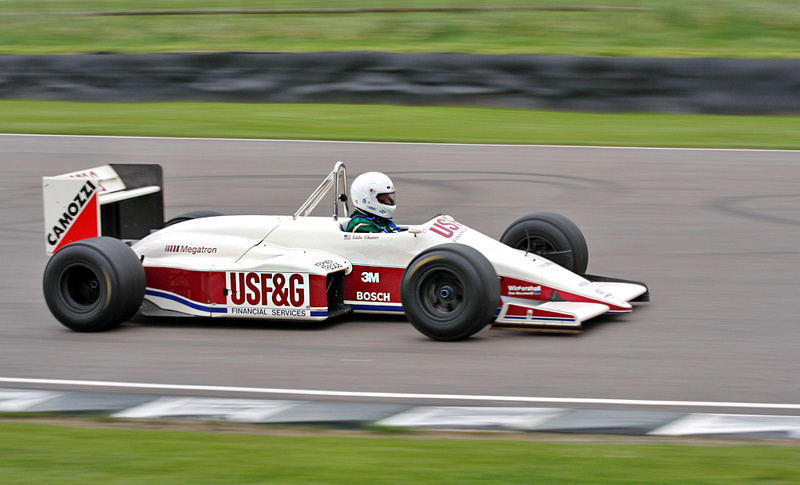 The driver perched rather precariously at the sharp end of this ex Eddie Cheever F1 car. 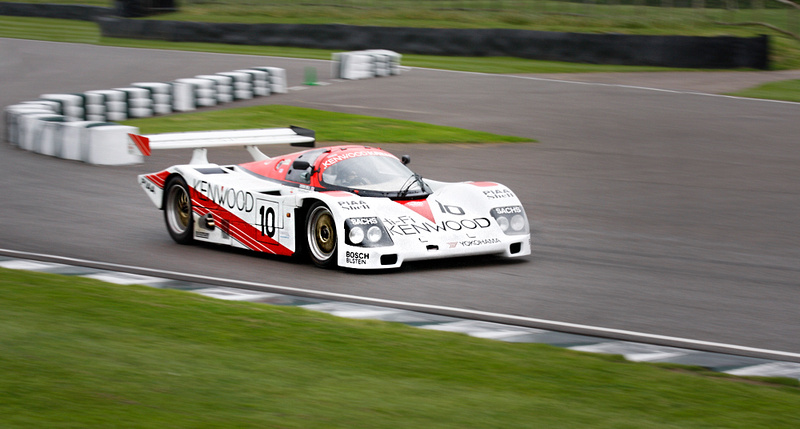 Sporting a bigger wing than most light aircraft, this rather fast Porsche made short work of the circuit. 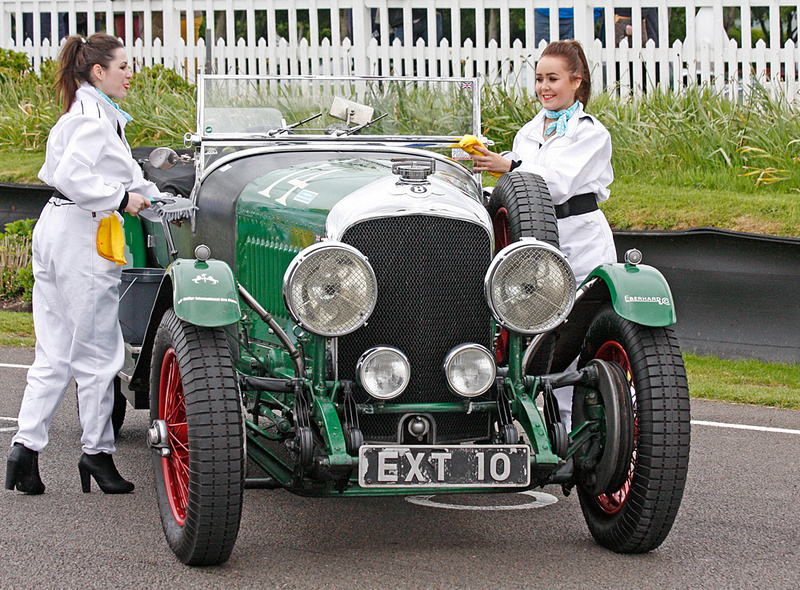 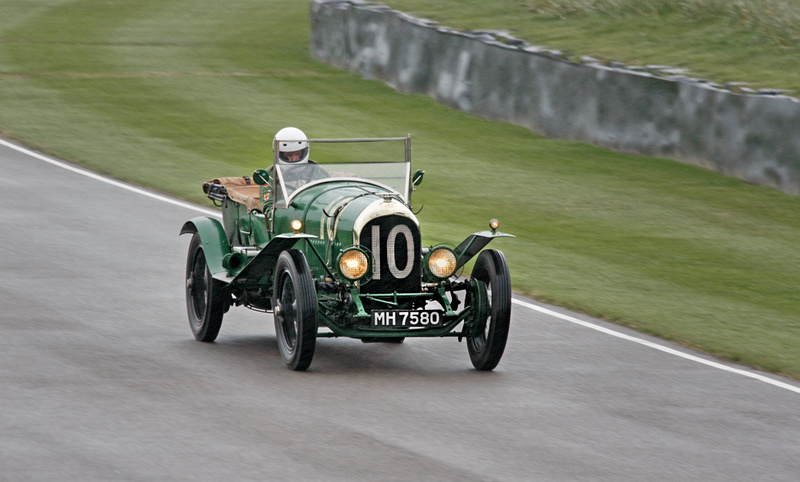 After the lunch break and grid walk the rain started to fall again, only this time a lot heavier. 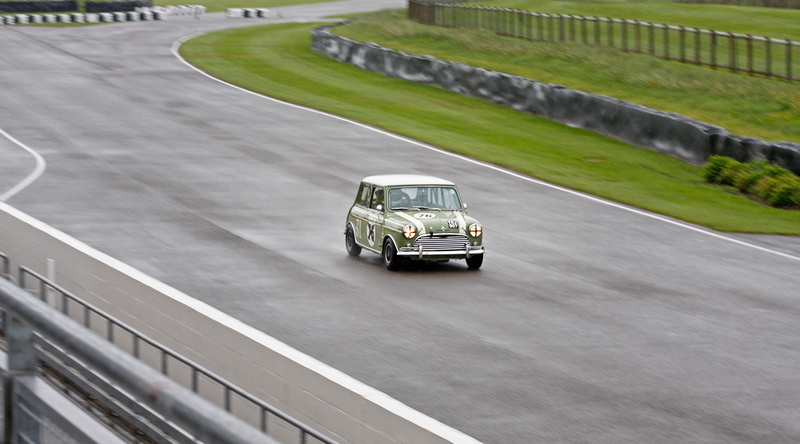 A Mini in the wet is always worth watching, especially one as fast as this one. 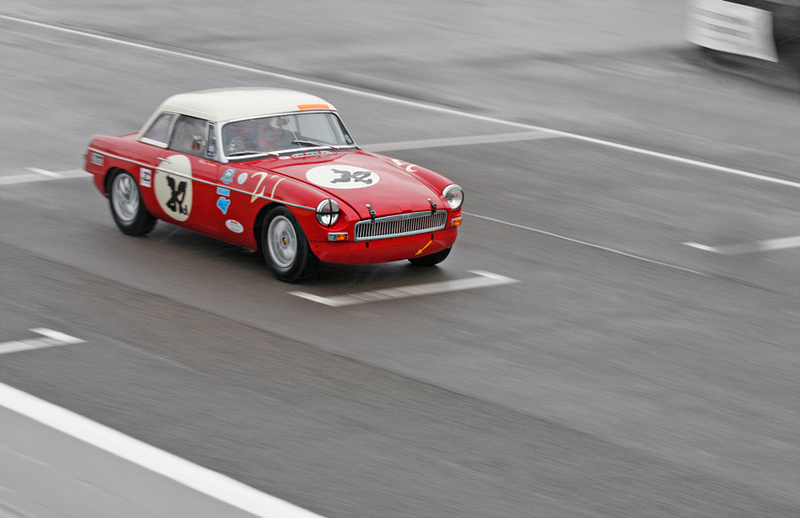 Not to be outdone this MG had a fair turn of speed too. 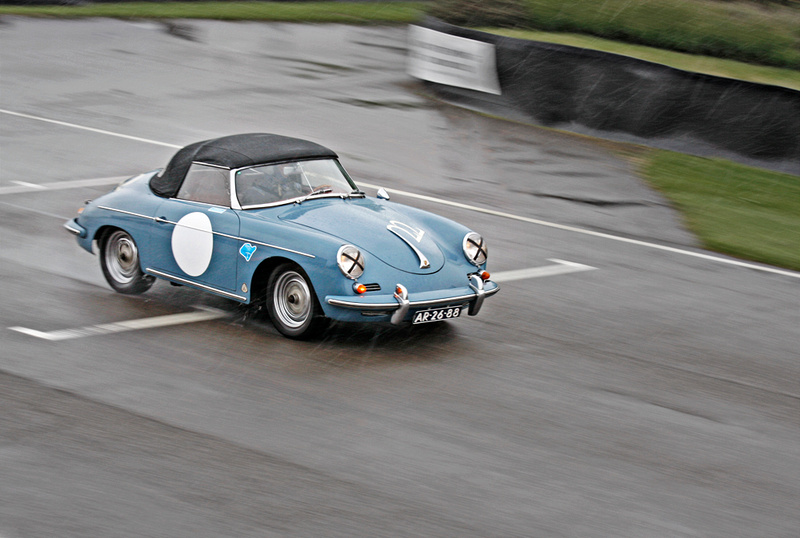 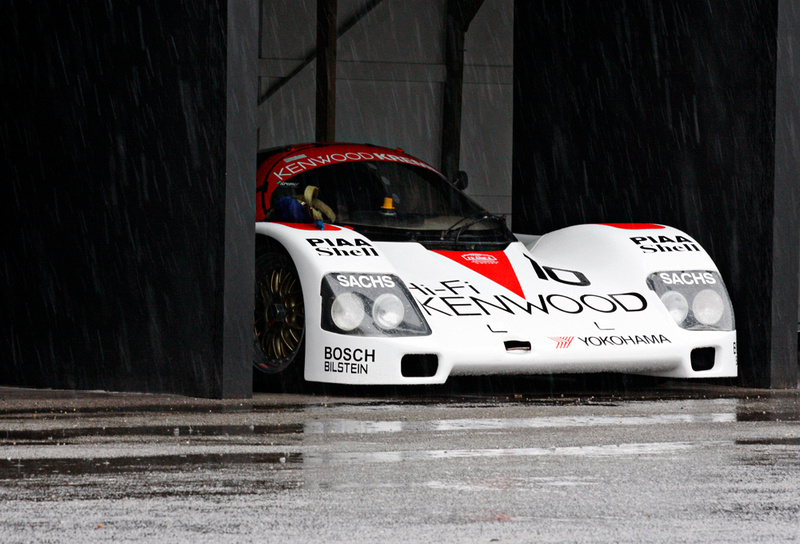 As you can see the rain really did fall with some force. 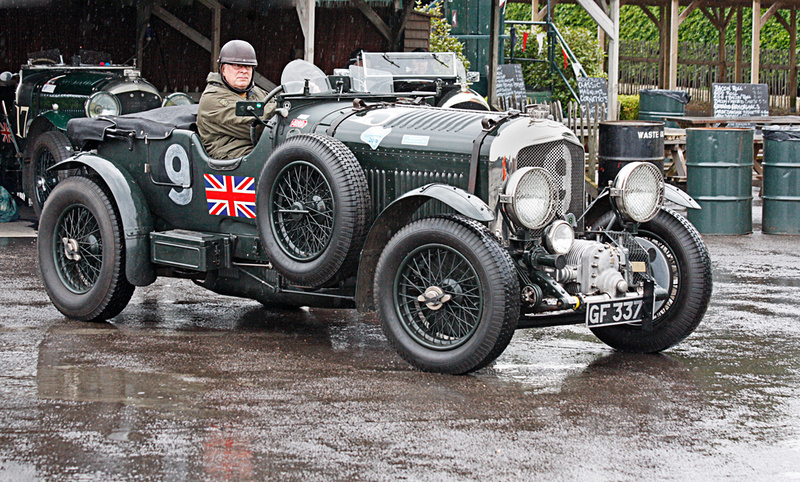 All to soon it was time for the drivers to depart, some of them driving home in the cars that they had just competed in. Oh, those were the days my friend!

Suitably togged up against the elements.

A great day put, at a fantastic venue, with truly sensational cars driven with gusto. What more could anyone want? Many thanks to all those that made the day possible.