So, on Saturday May 28th a group of us headed down to Wiltshire, to watch a bit of hillclimbing at Gurston Down, where the elite of British Hillclimbing were battling it out for honours. With 130 entrants it was a full programme of varying types of machinery. Despite an indifferent weather forecast the day stayed dry and warm, which was a bonus. The farm setting amongst the Wiltshire hills is always a picturesque venue for motorsport. 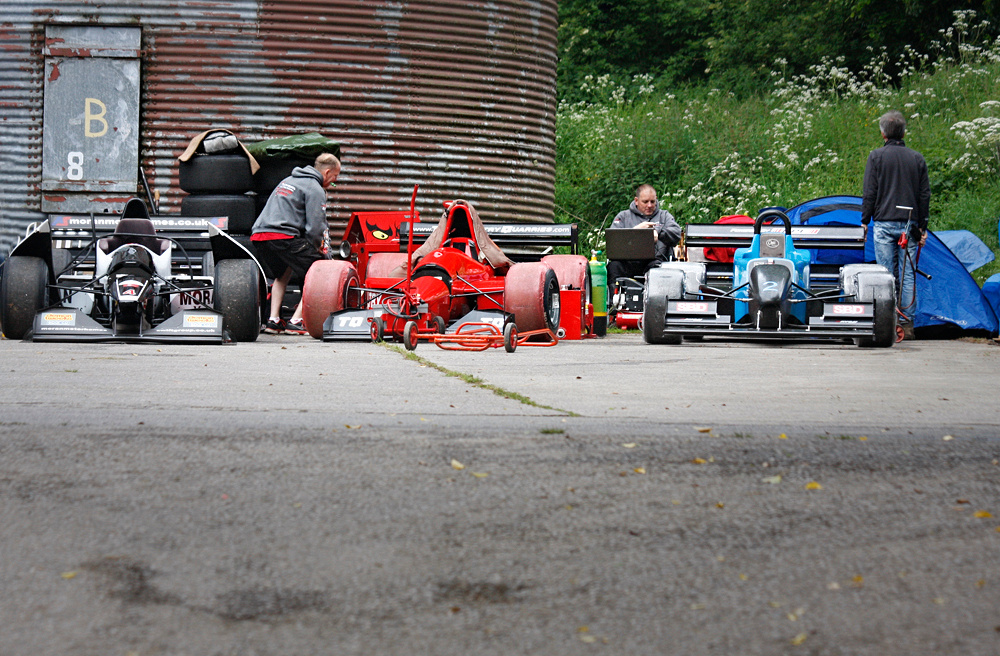 Some rather exotic racing machinery nestled amongst the farm buildings. 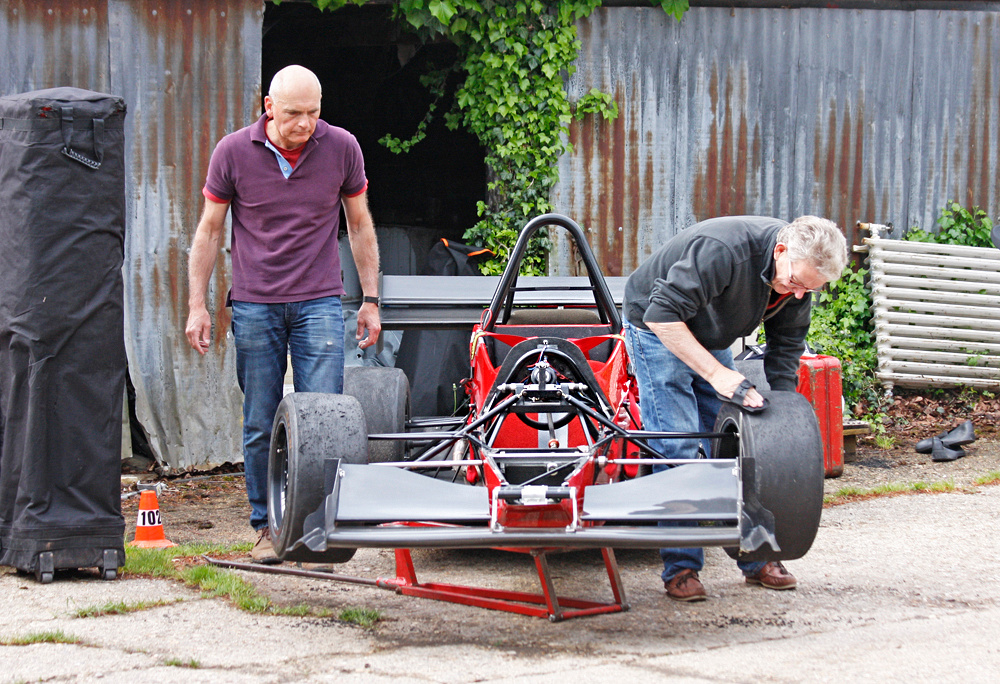 As always in motorsport tyres are very important and much tyre preparation was going on in the paddock when we arrived. 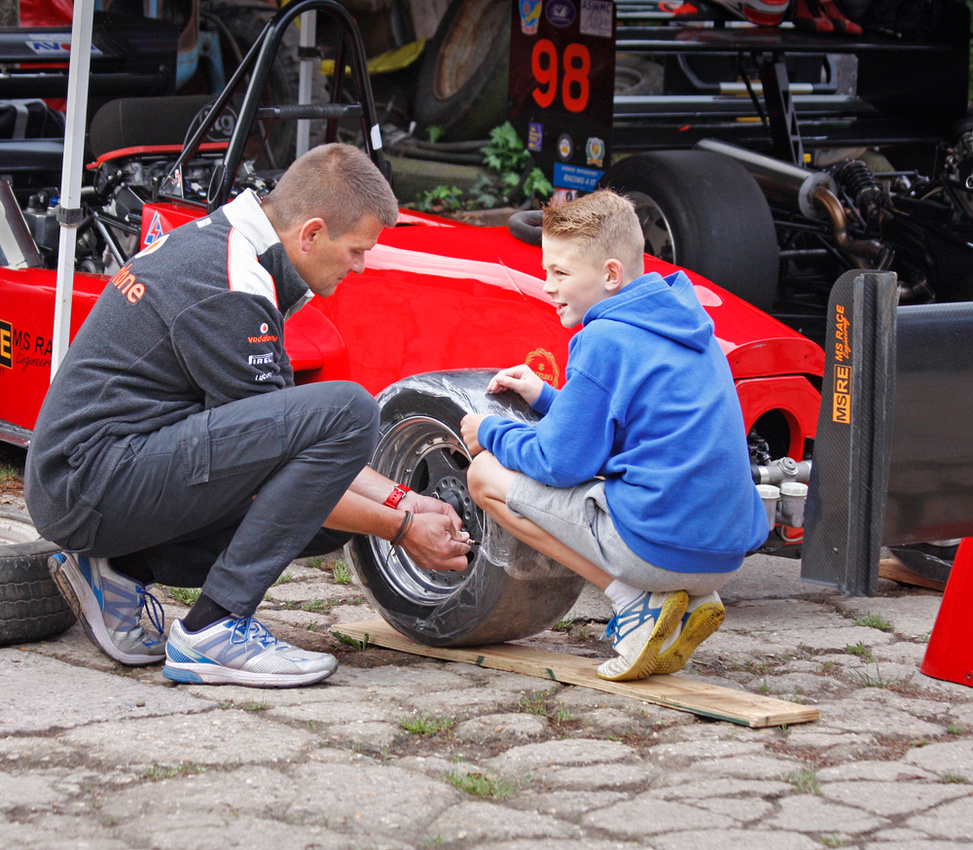 It's a generation thing! 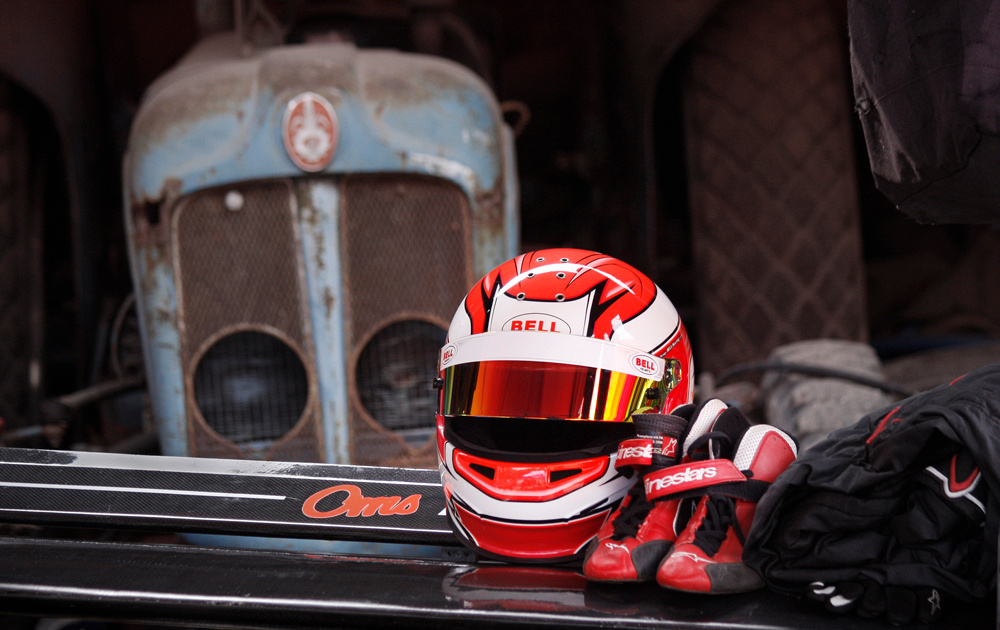 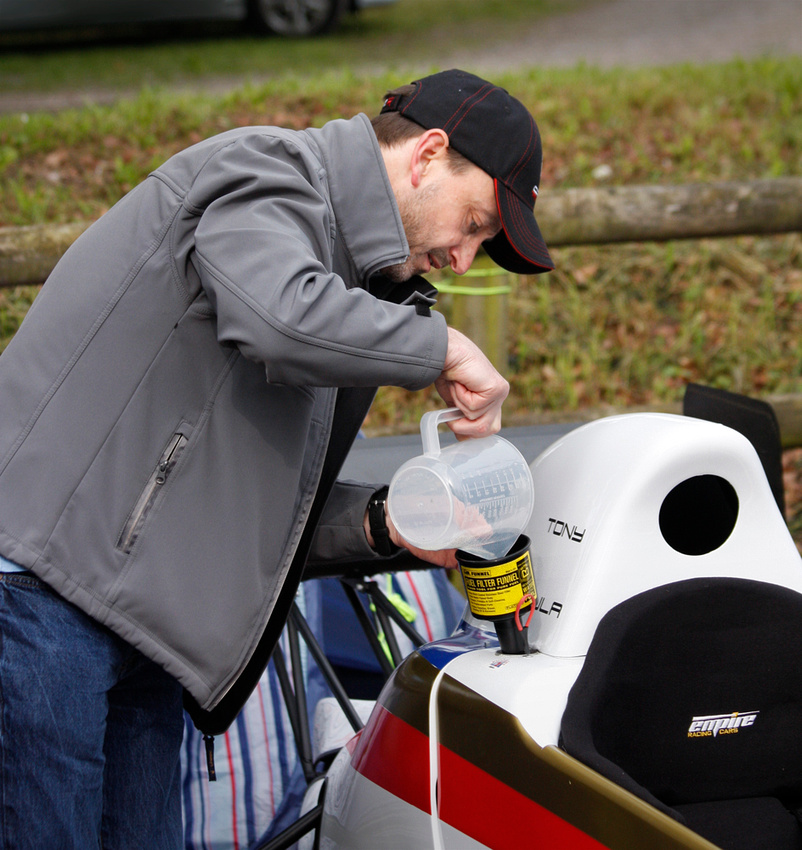 Fuelling up, ready to go. 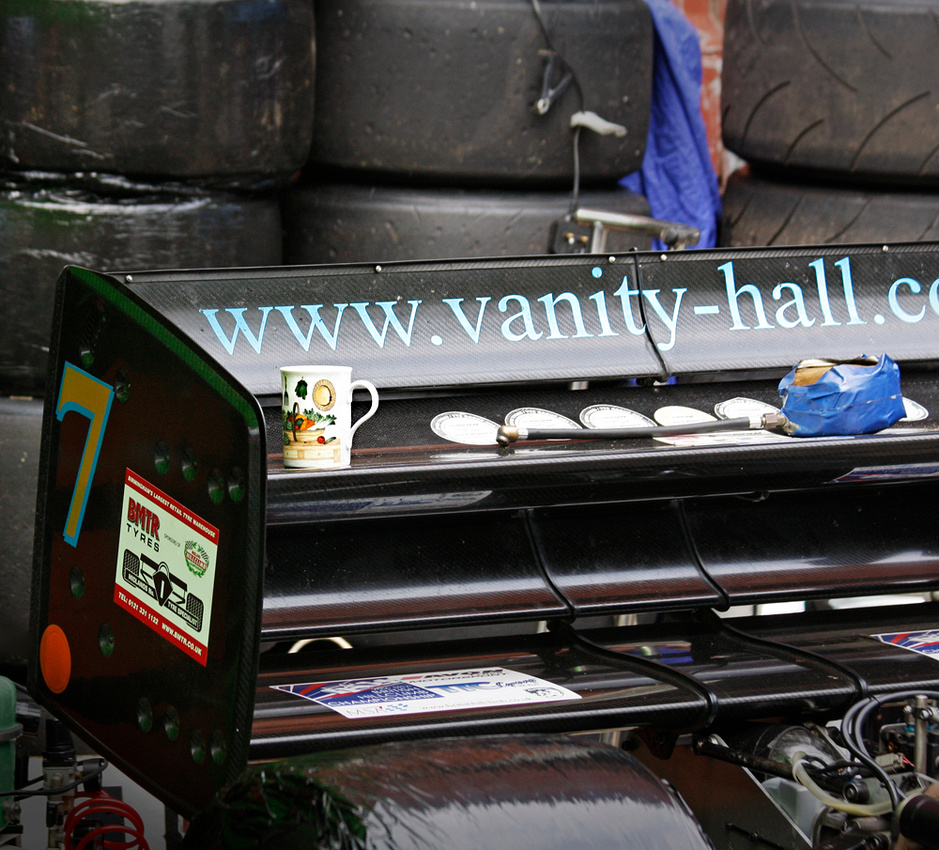 A proper tea tray, if quite an expensive one. 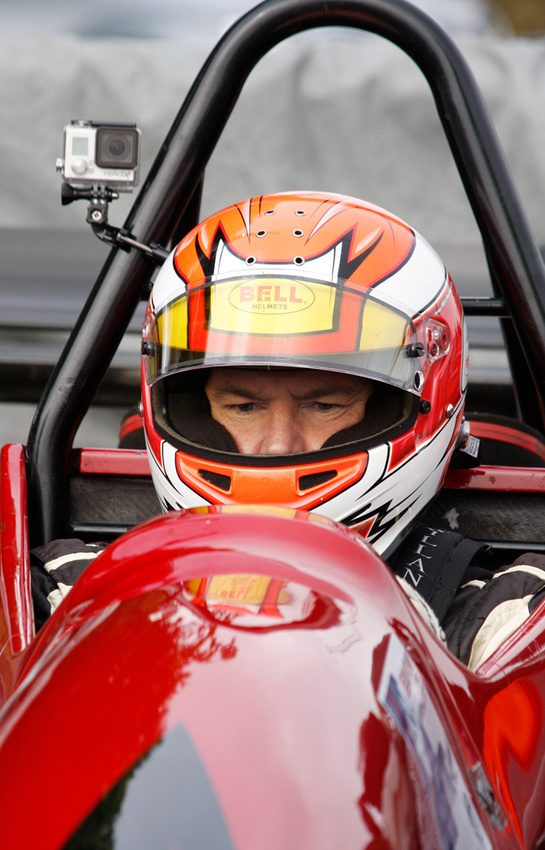 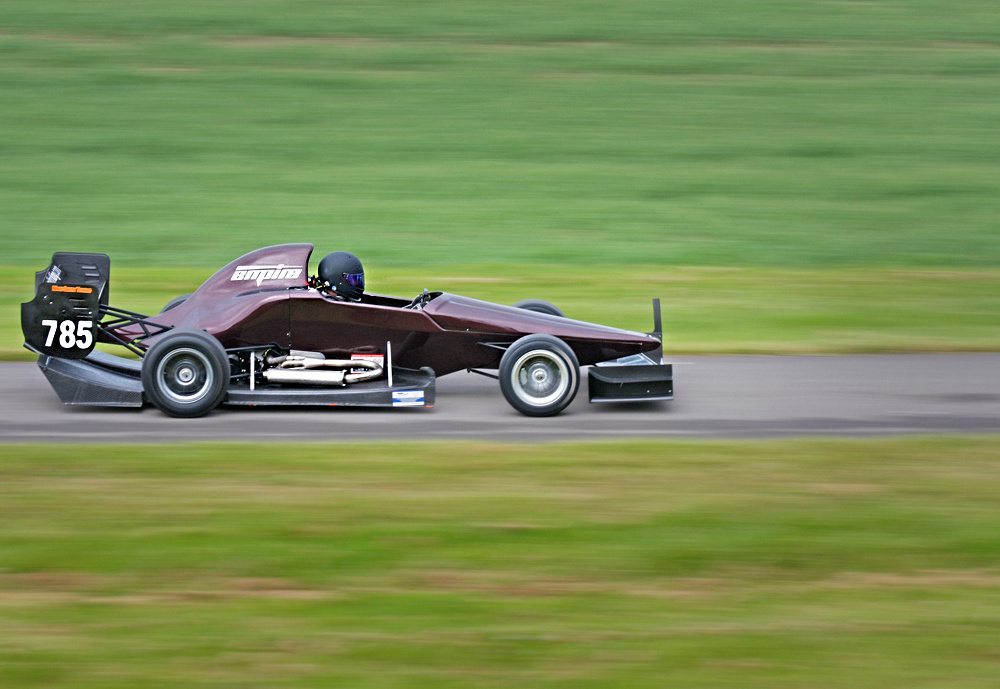 Then they were off, with just under a kilometre of tarmac to cover in the least possible time. 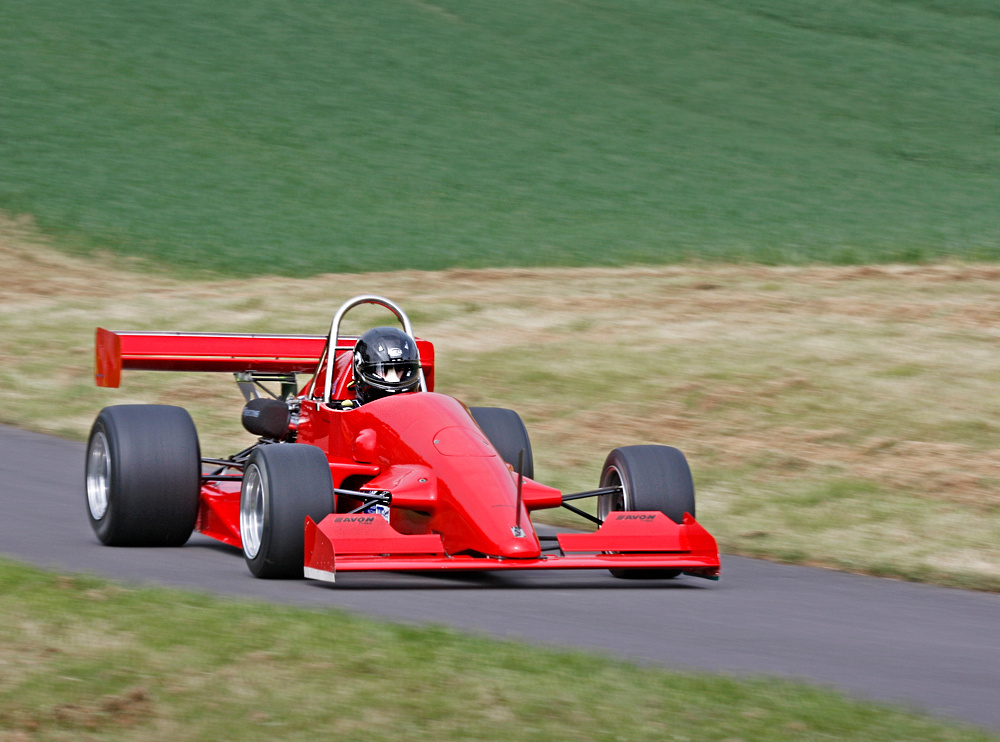 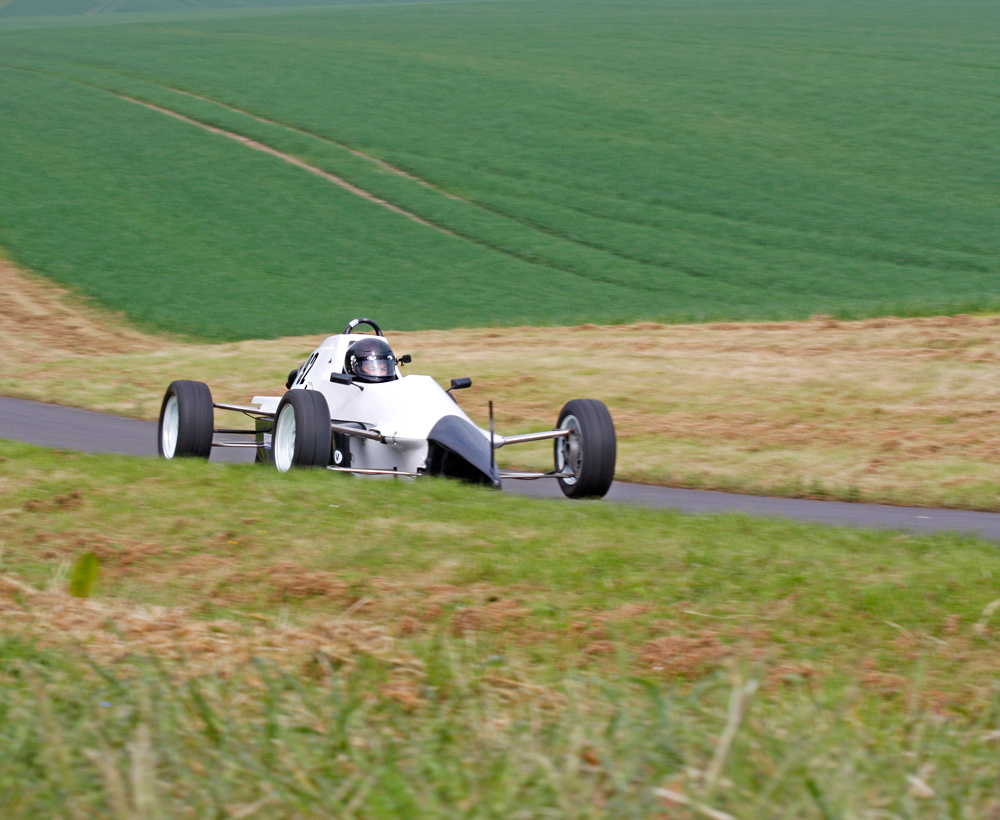 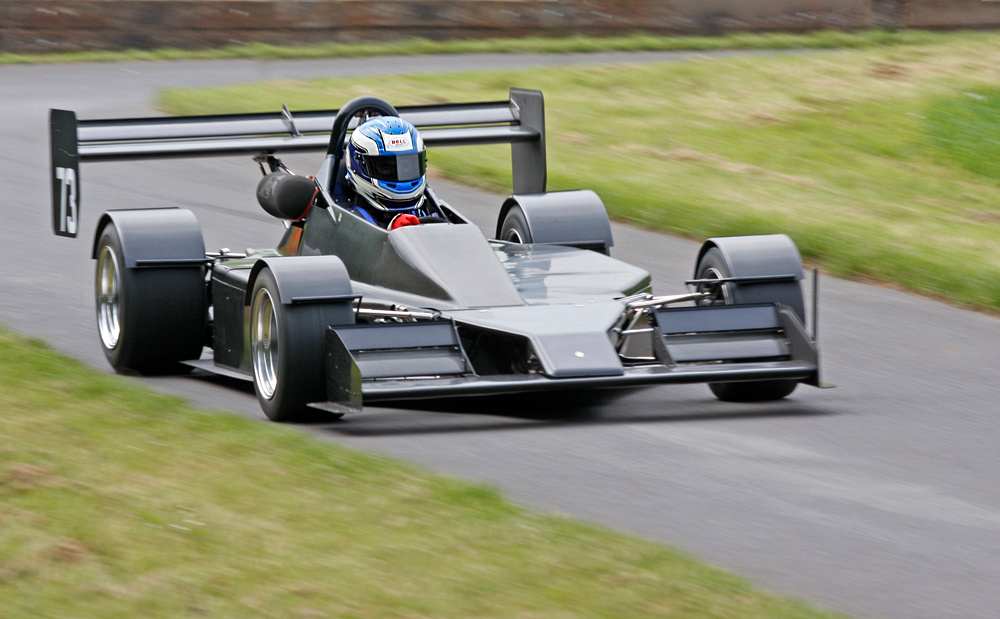 Just look at the width of that rear wing. 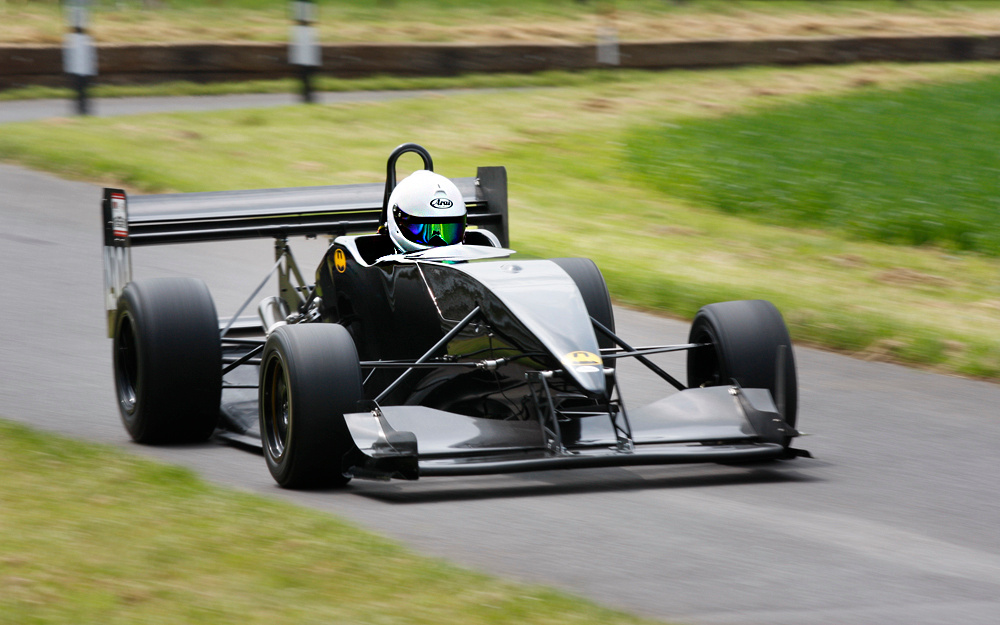 Attacking the hill with full commitment. 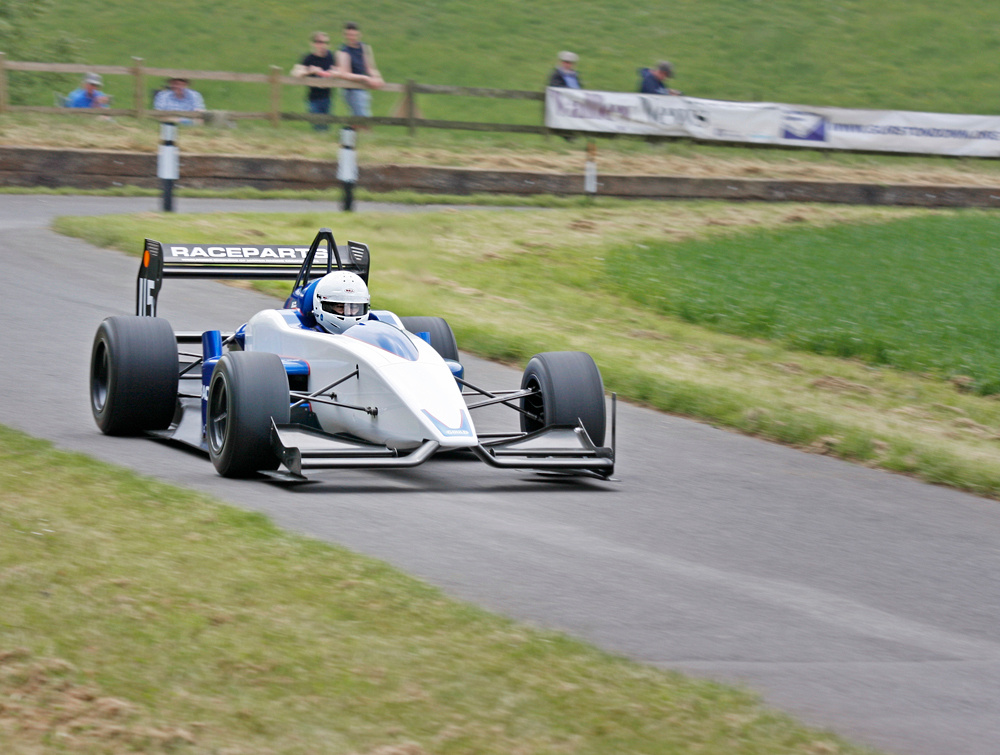 Look at how close to the action spectators are, and how much room there is to roam around, which makes for fantastic viewing. 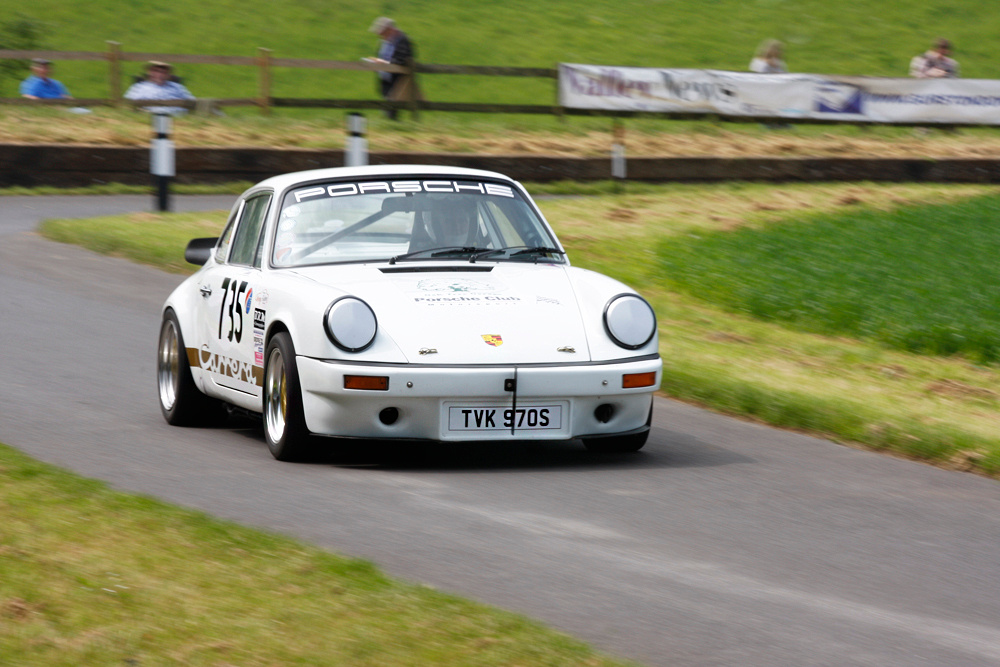 One of the more 'normal' looking machines. 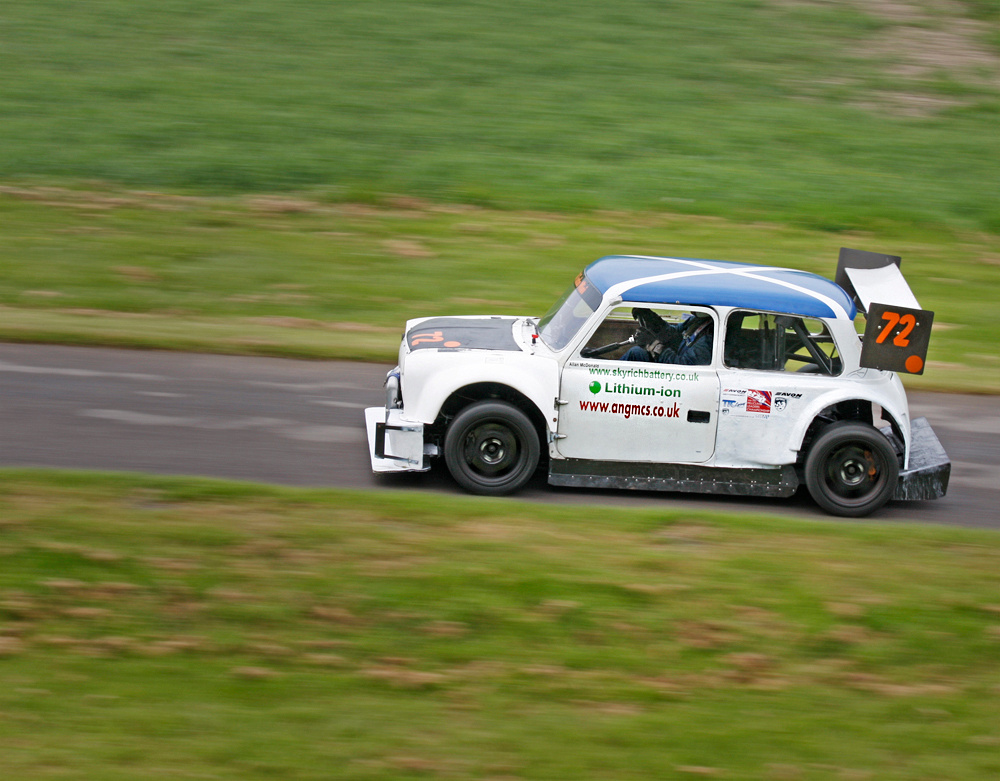 Just about the fastest Mini I have ever seen, frighteningly fast. 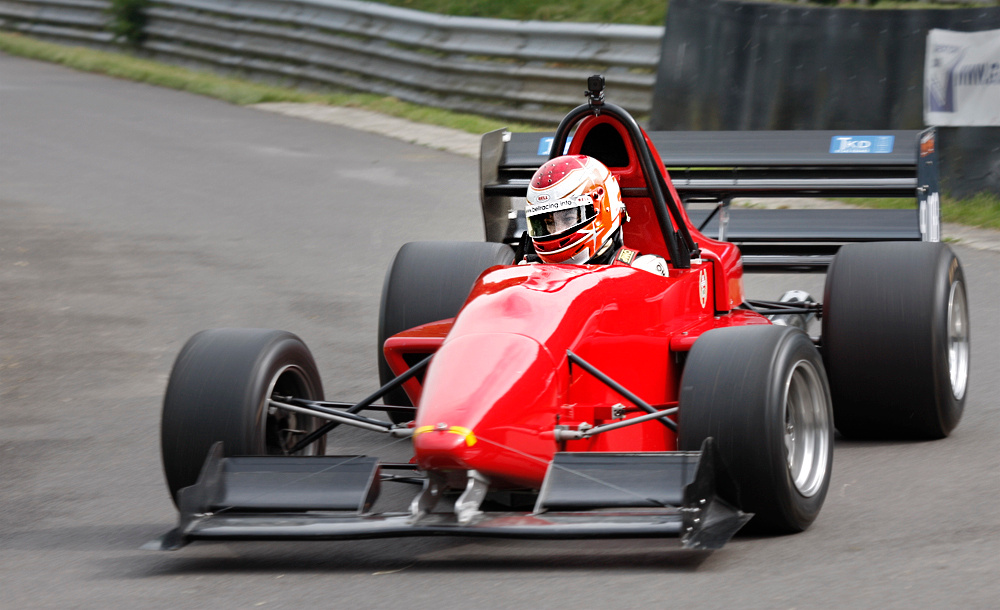 Of course, what goes up must come down, and once the competitors have done their timed run, they wait at the top before coming back down again in a group. 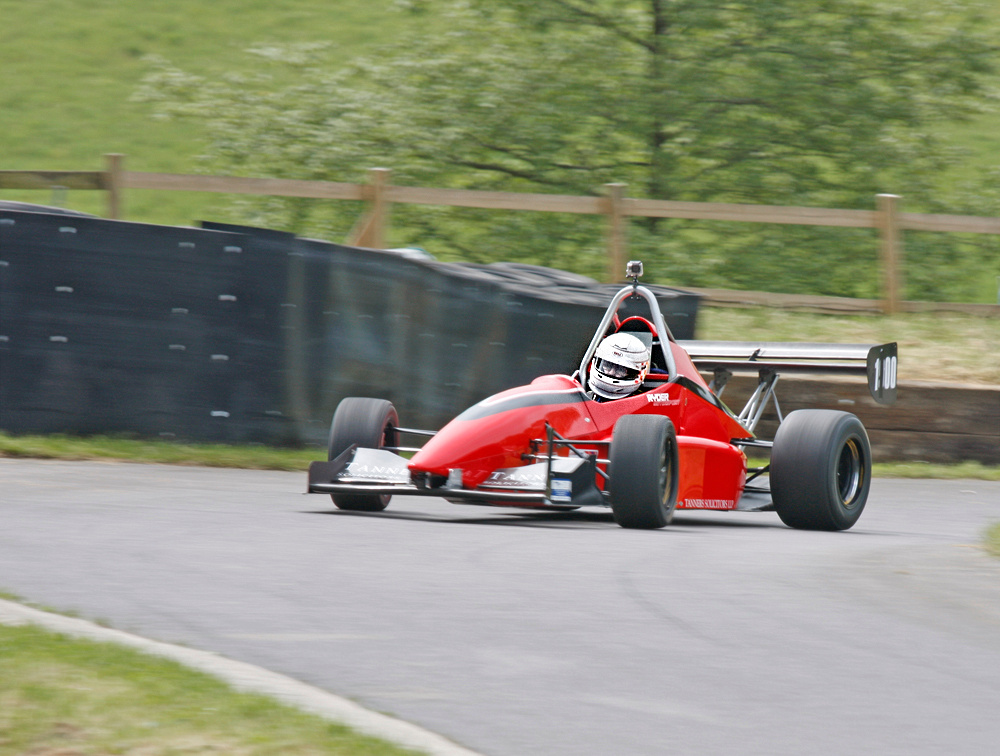 The ability to corner quickly is just as important as raw power to catapult them down the straights. 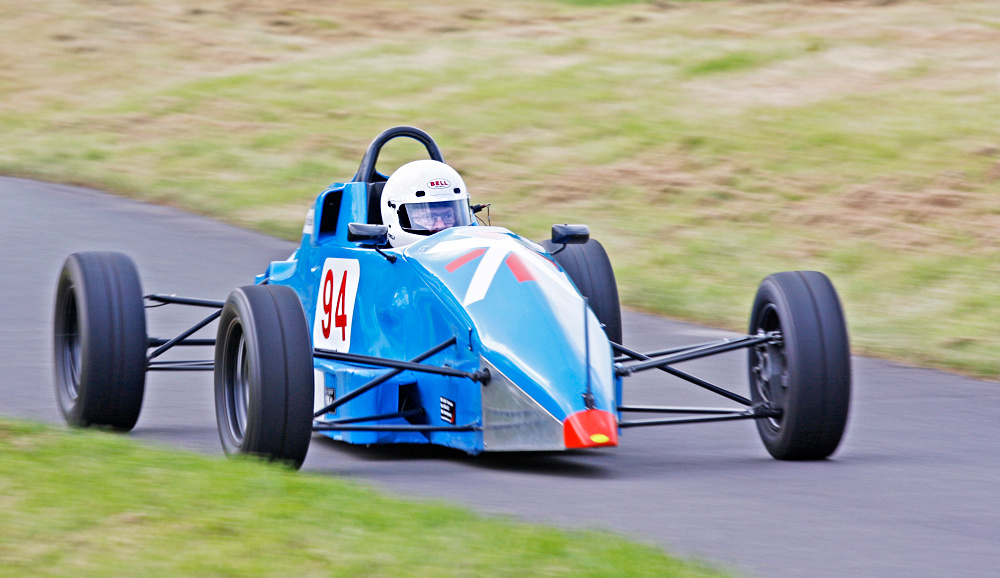 Ready to attack the approaching corner. 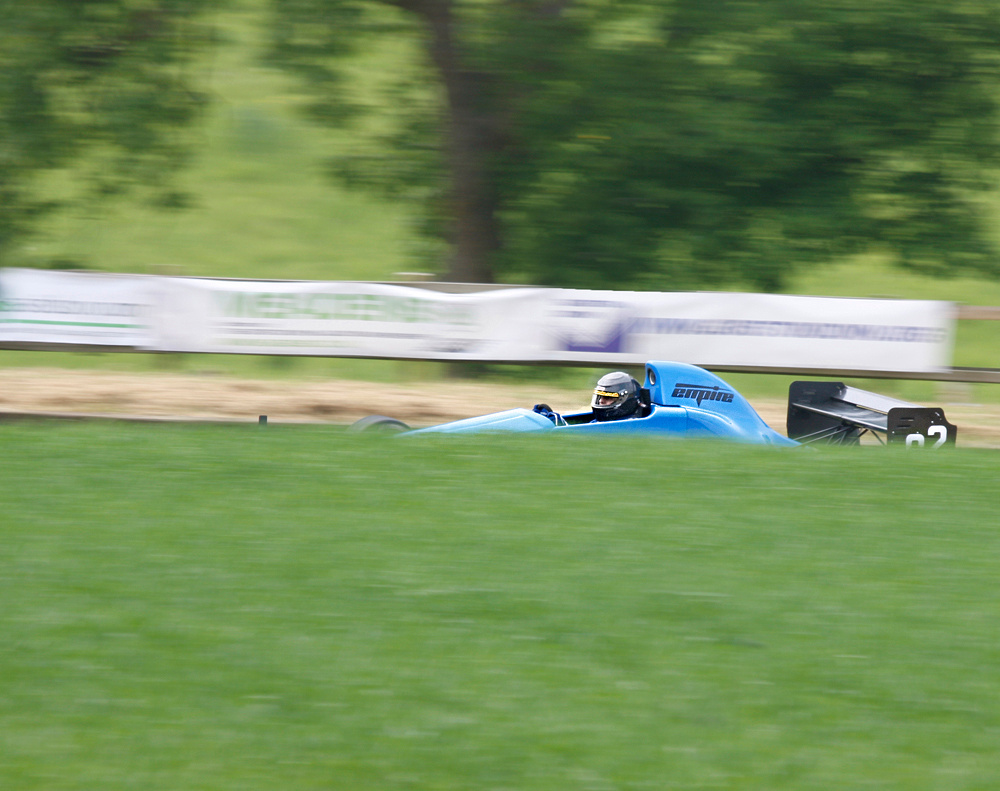 Hurtling through the undergrowth. Two men, a marshall and a racing car! 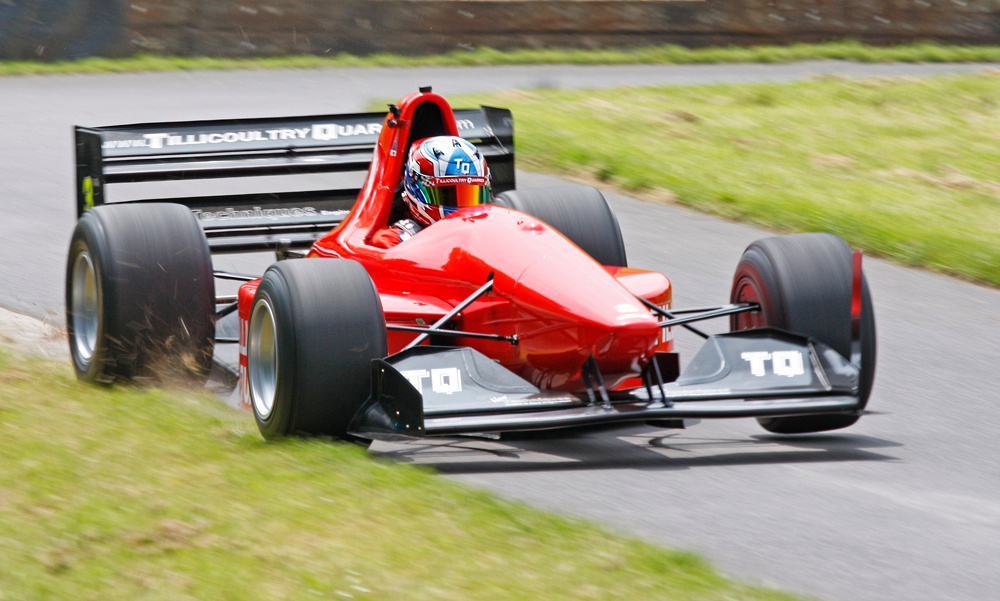 Total commitment, using every inch of the track and a little more. 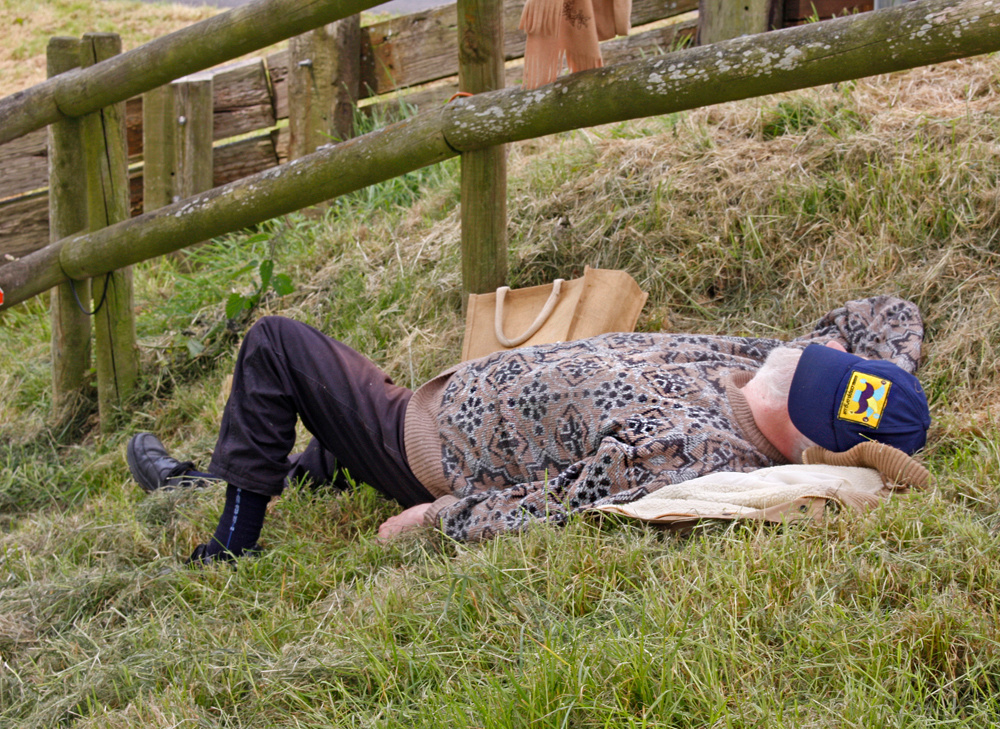 This spectating can obviously be very tiring. 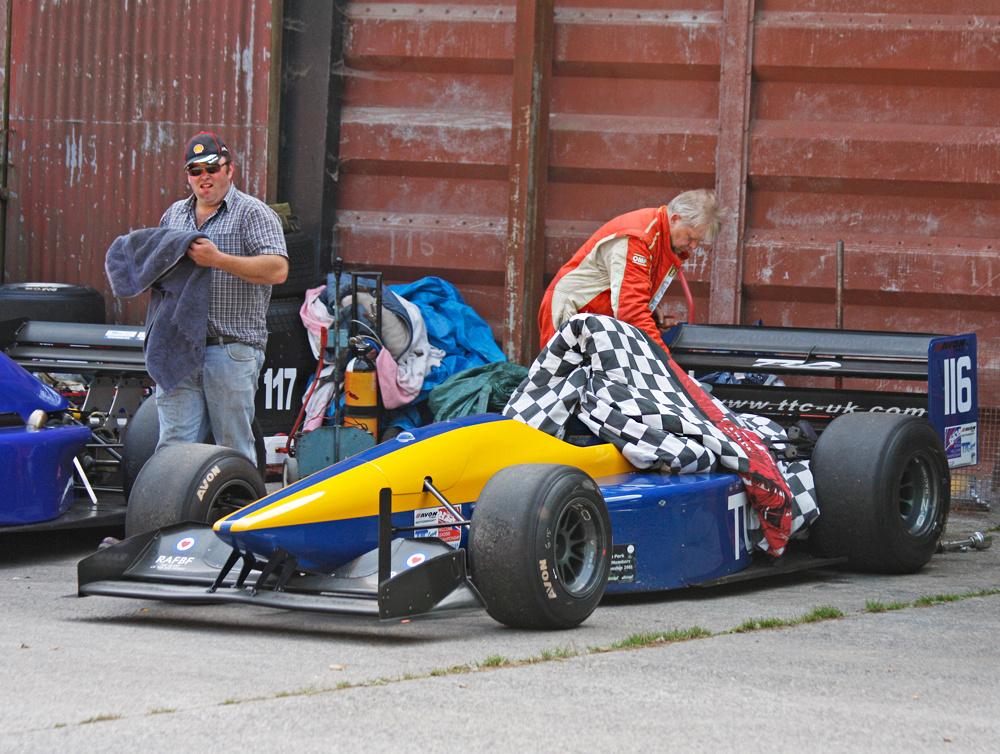 At the end of the day it was time to put the cars to bed ready for the next day's action.

Although Gurston Down is one of the lesser known motorsport venues I can't recommend it highly enough. A superb location, plenty of room to move, and seriously fast machinery make it a great day out.