On the weekend of June 18th/19th we headed to one of our favourite venues, Brooklands Museum,  for their Double 12 weekend, so named after the pre-war version of a 24hour race held there that had to be held over two days of 12 hours each as the Weybridge residents objected to the noise of the racing cars during the night, obviously the Le Mans residents are sounder sleepers! Anyway, when this event was resurrected a few years ago it was decided to include three elements, Sprint, Driving Tests and Concourse. A full weekend of activity to enjoy. 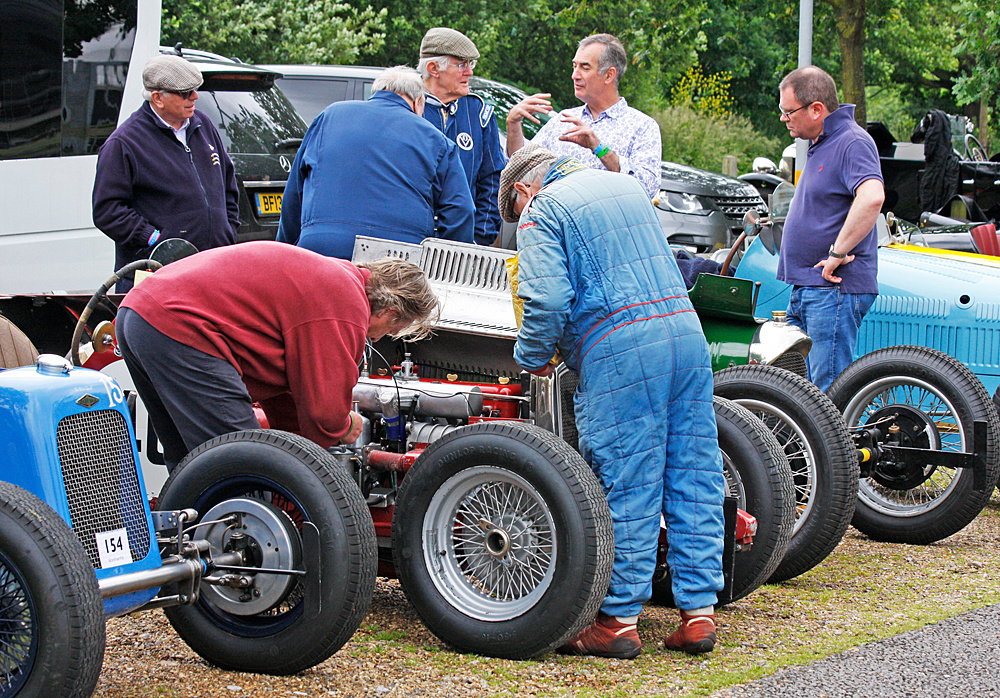 We started at the Sprint Track on the Saturday over at Mercedes World, where the normal early morning preparation and gossip catch up was under way. 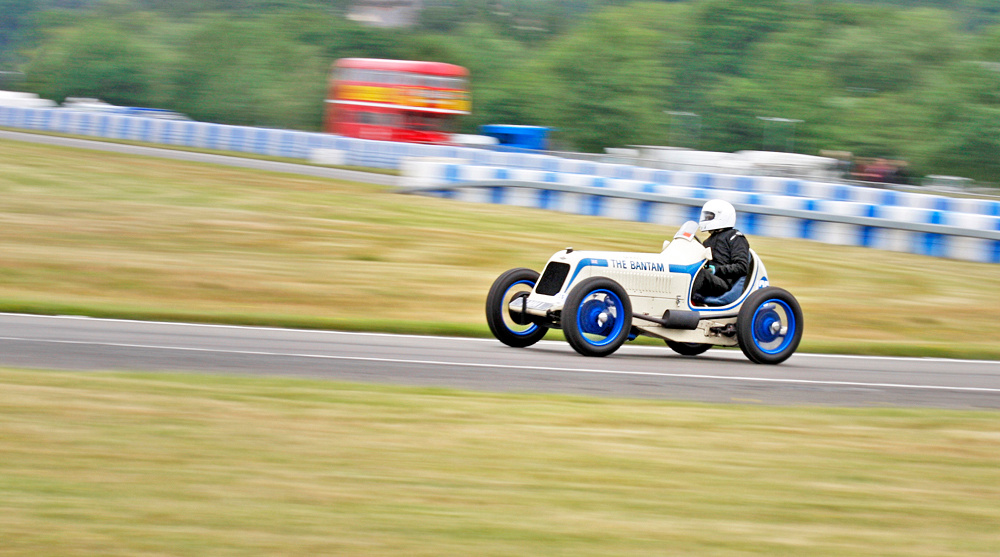 The Brooklands bus you can just see in the background was put to good use ferrying us spectators around the circuit. 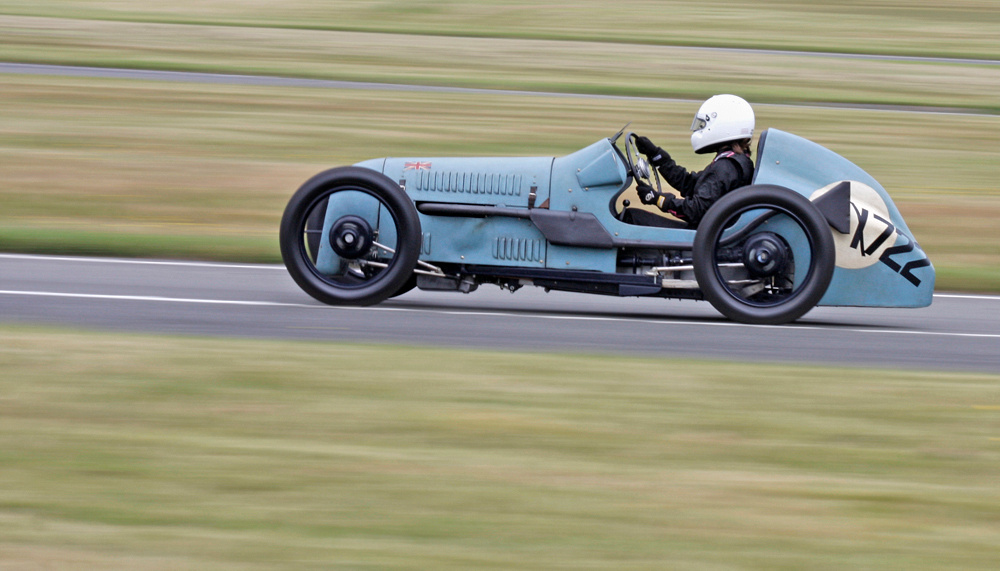 Lovely subtle finish on the bodywork of this racer. 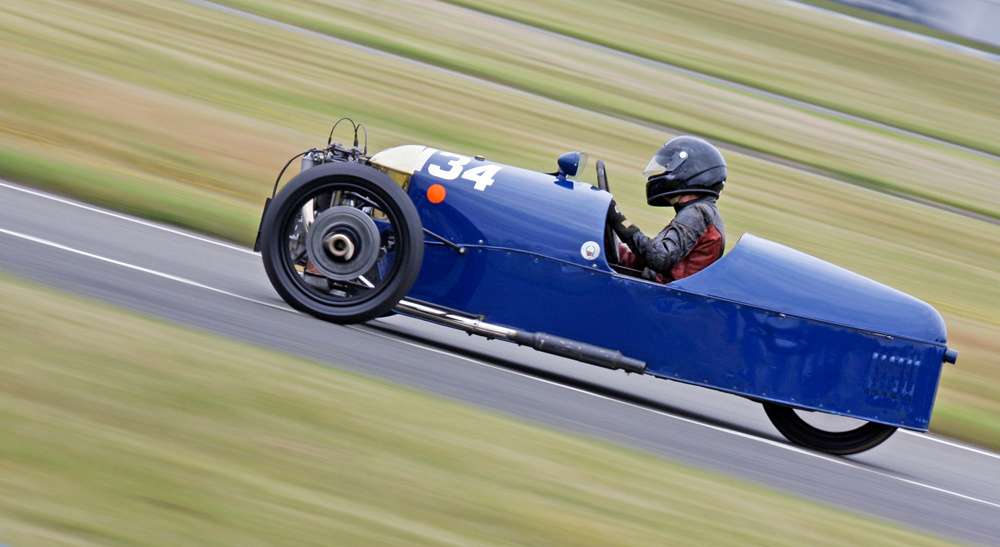 The three wheelers are always entertaining to watch. 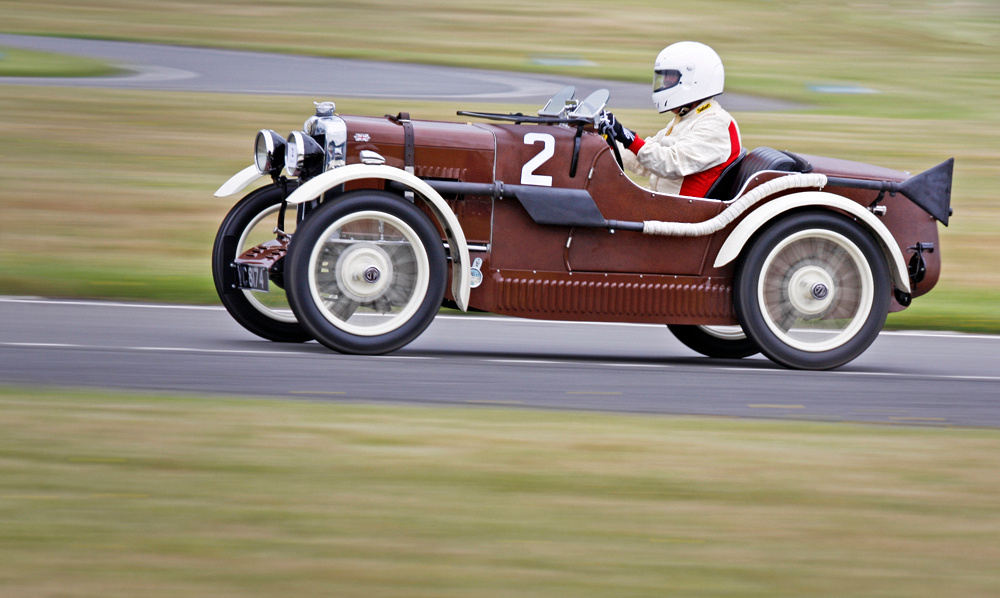 As you can see the cars taking part came in all shapes and sizes.

From the very aerodynamic. 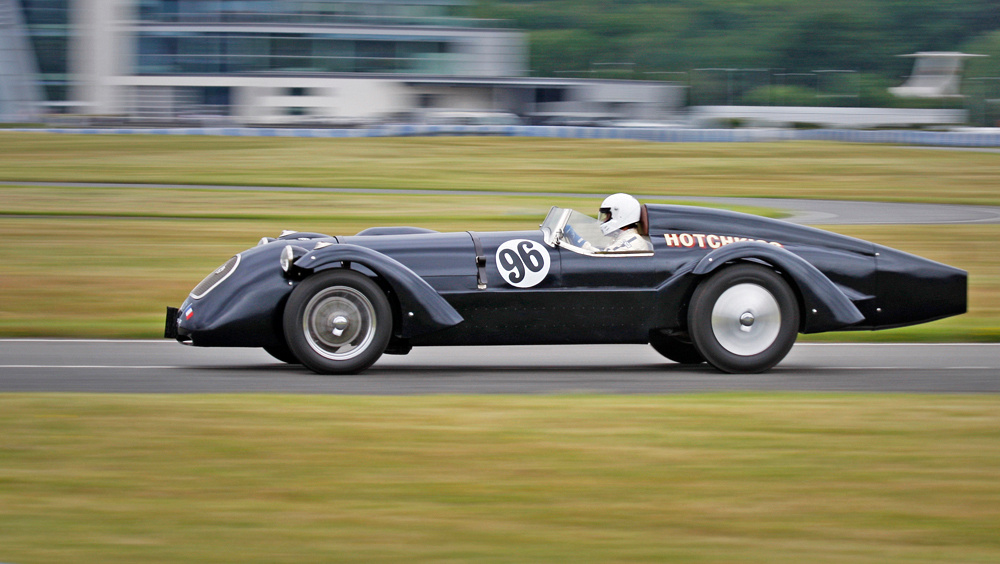 To the very large. 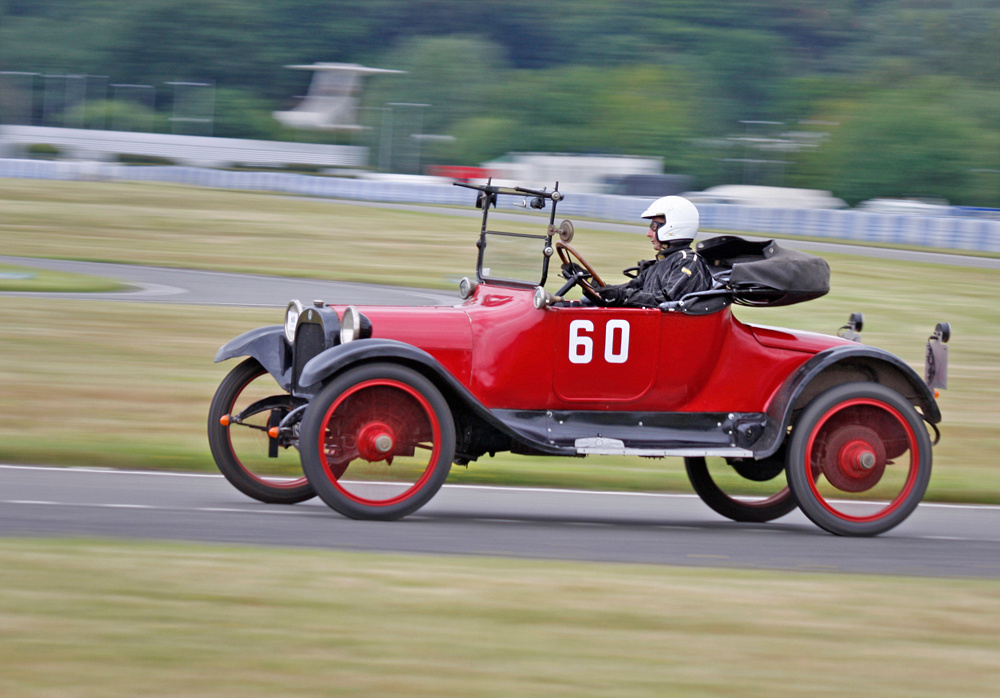 And the rather more sedate style. 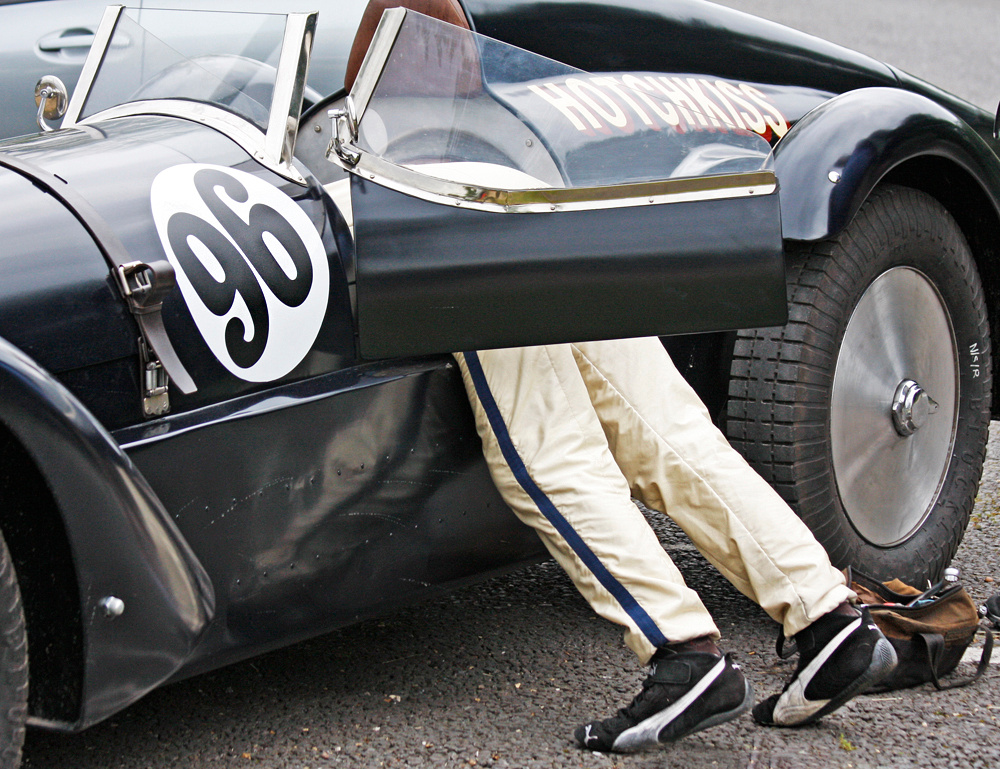 Of course with cars of this age, there is bound to be some mid session fettling required. 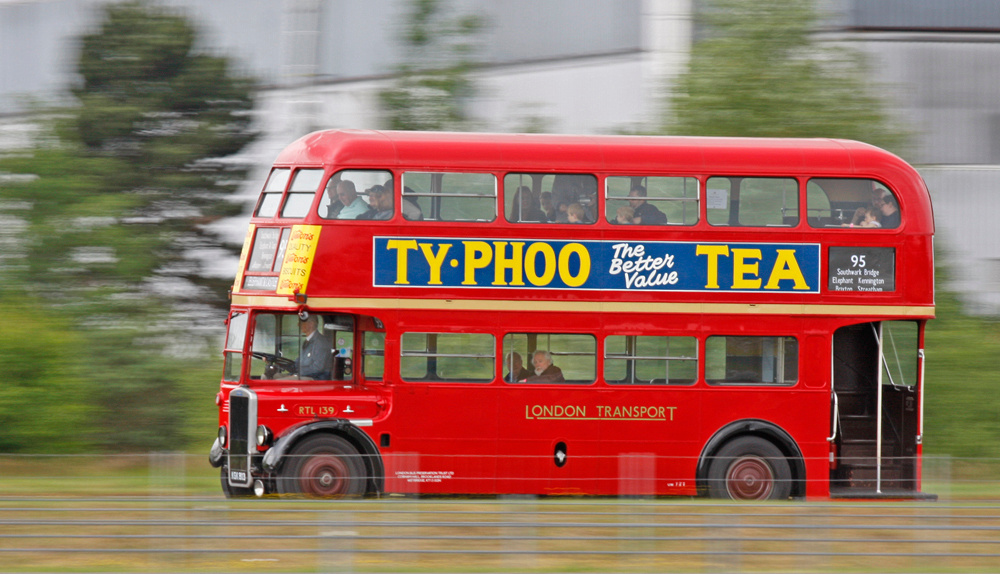 Even the bus from the  Museum seemed to have acquired a fair turn of speed. 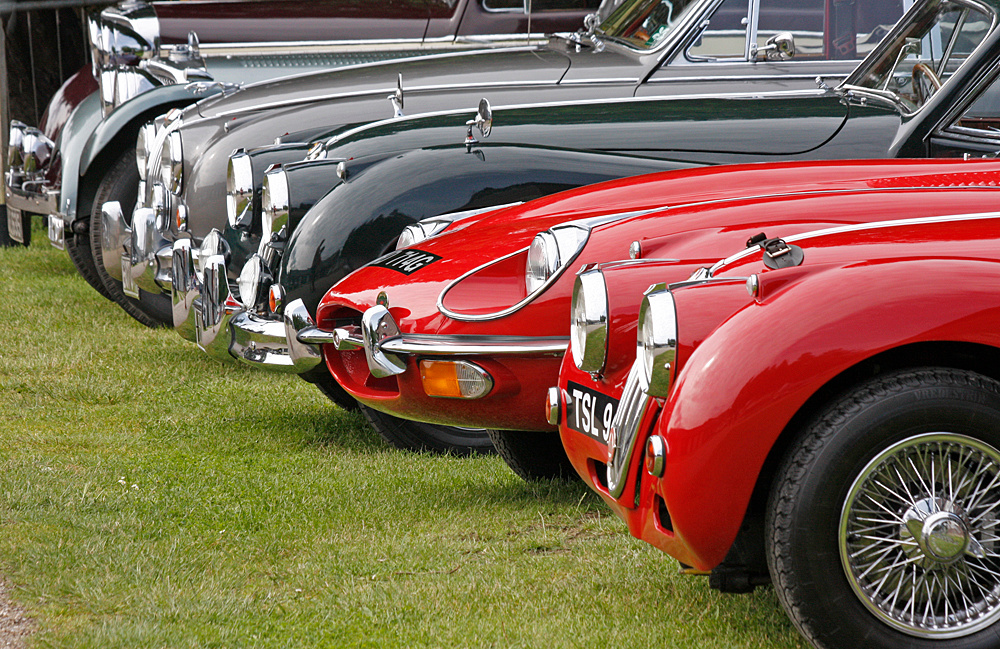 On the Sunday we returned to find all sorts of vehicles for us to enjoy, such as this line up of immaculate Jaguars. 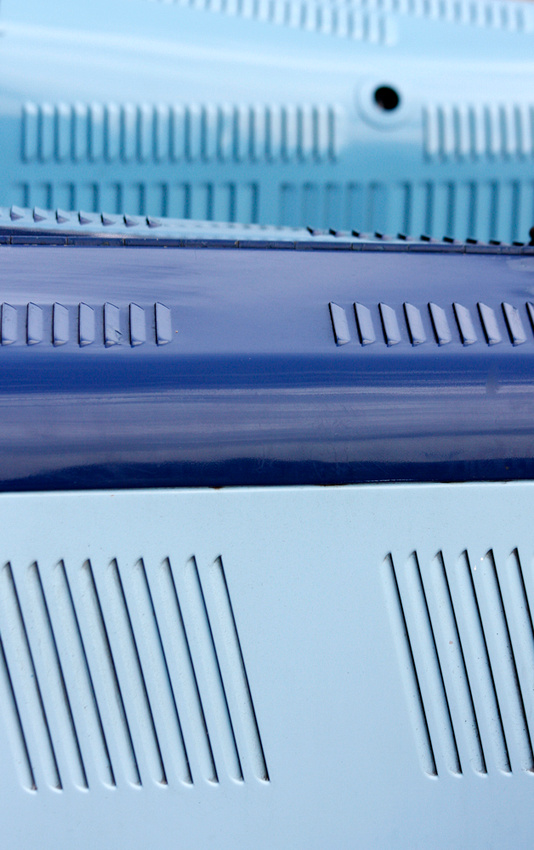 Many shades of blue. 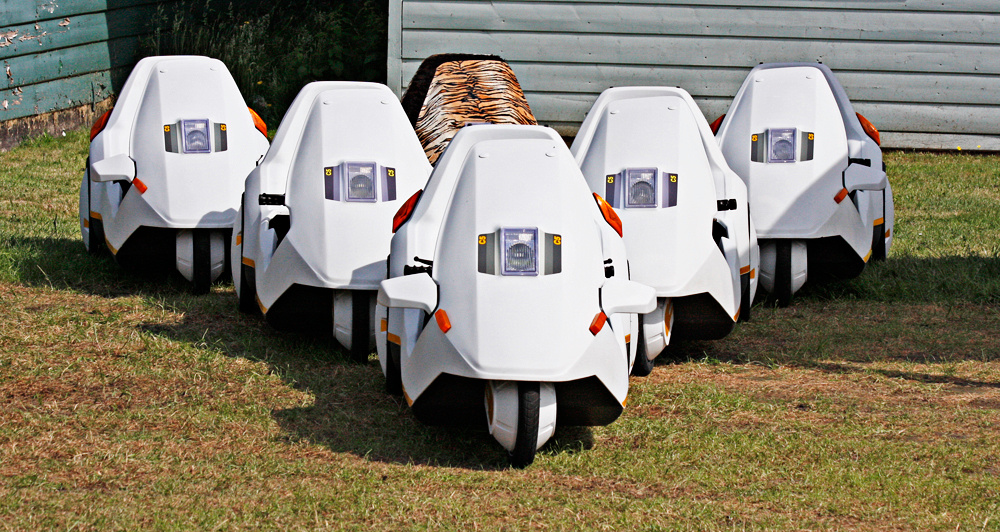 A rather impressive line up of C5's.

As it was indeed Father's Day on the Sunday, this plate seemed rather appropriate. 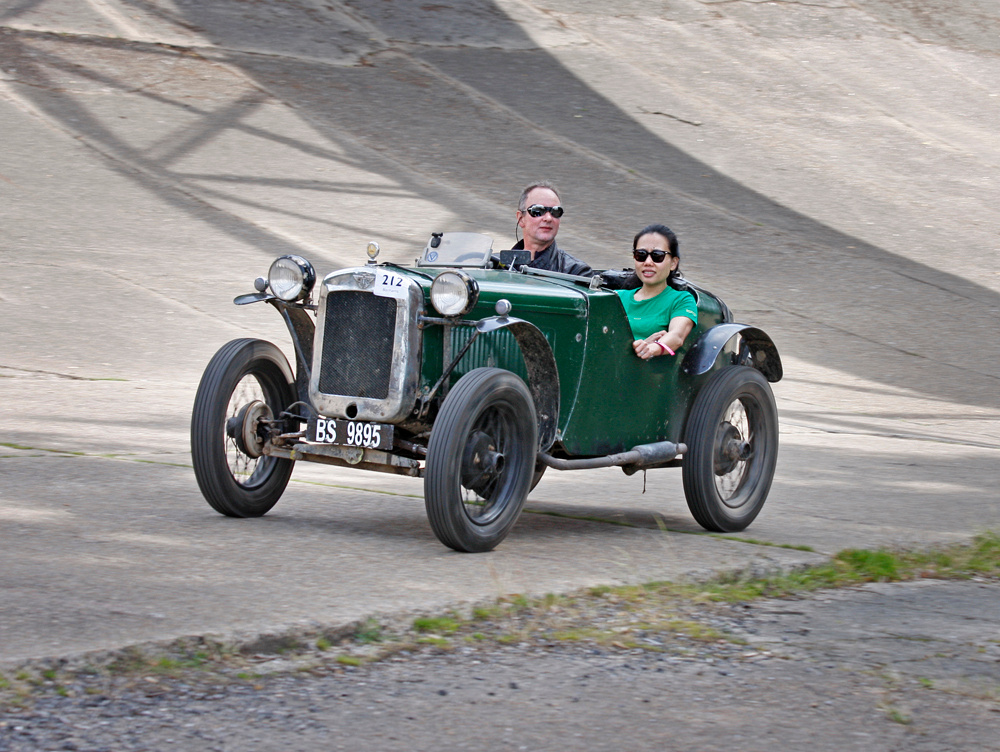 The sporting activity started up again with the Driving Tests, some of which were along the hallowed banking underneath the famous bridge. 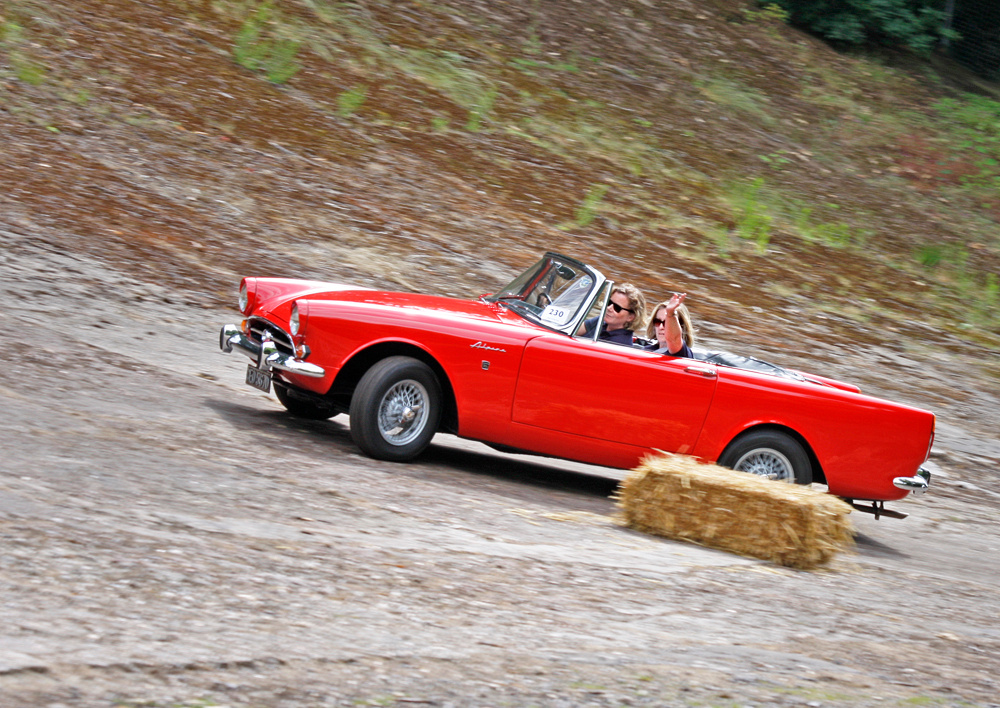 Navigators are very important in these tests, as team work is vital, and clear instructions such as this turn left signal are appreciated by the driver. 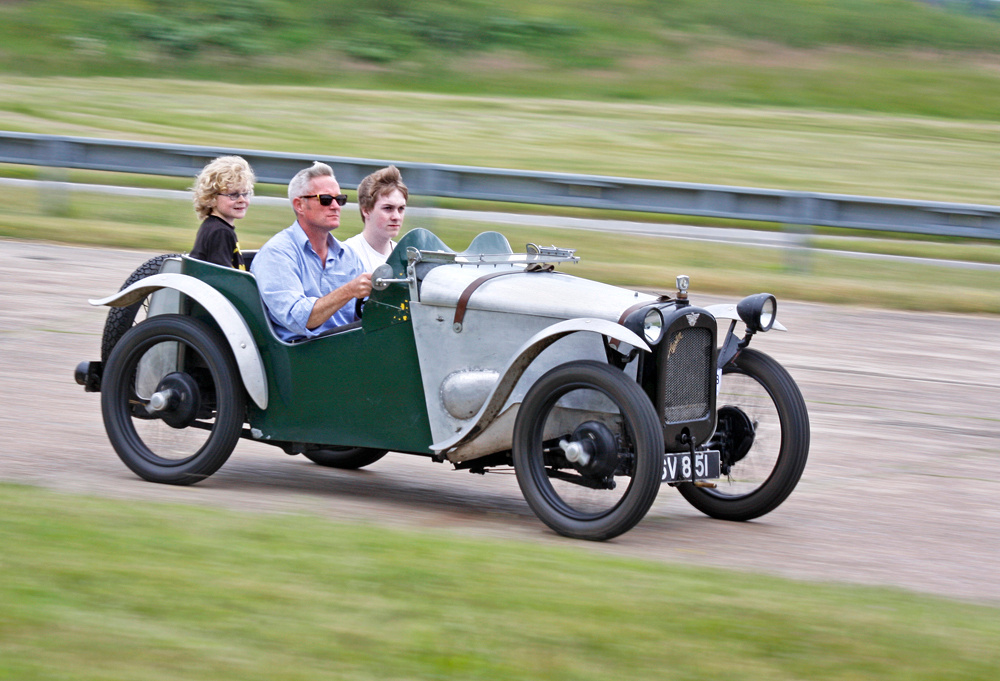 Classic cars were being enjoyed by all generations. 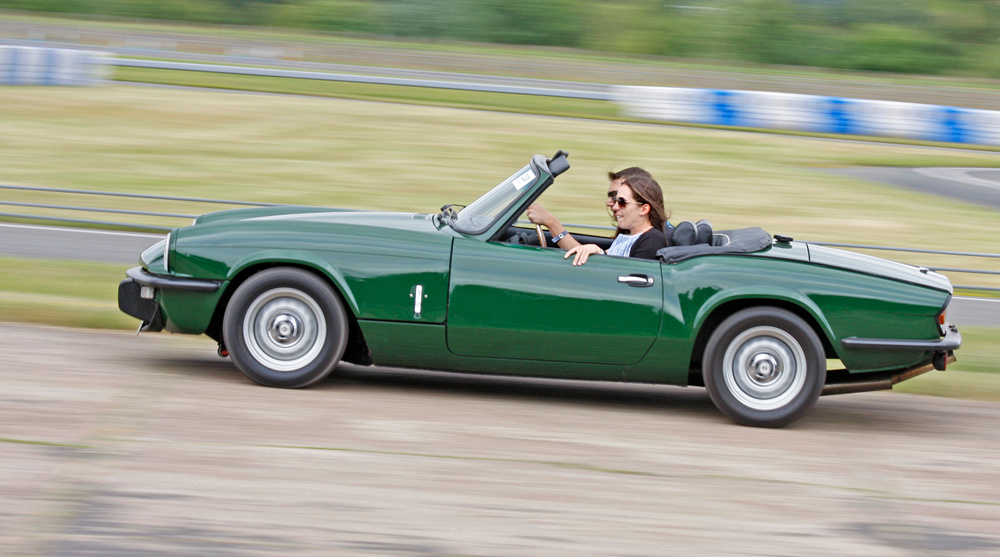 It does indeed appear that the passenger is holding on! 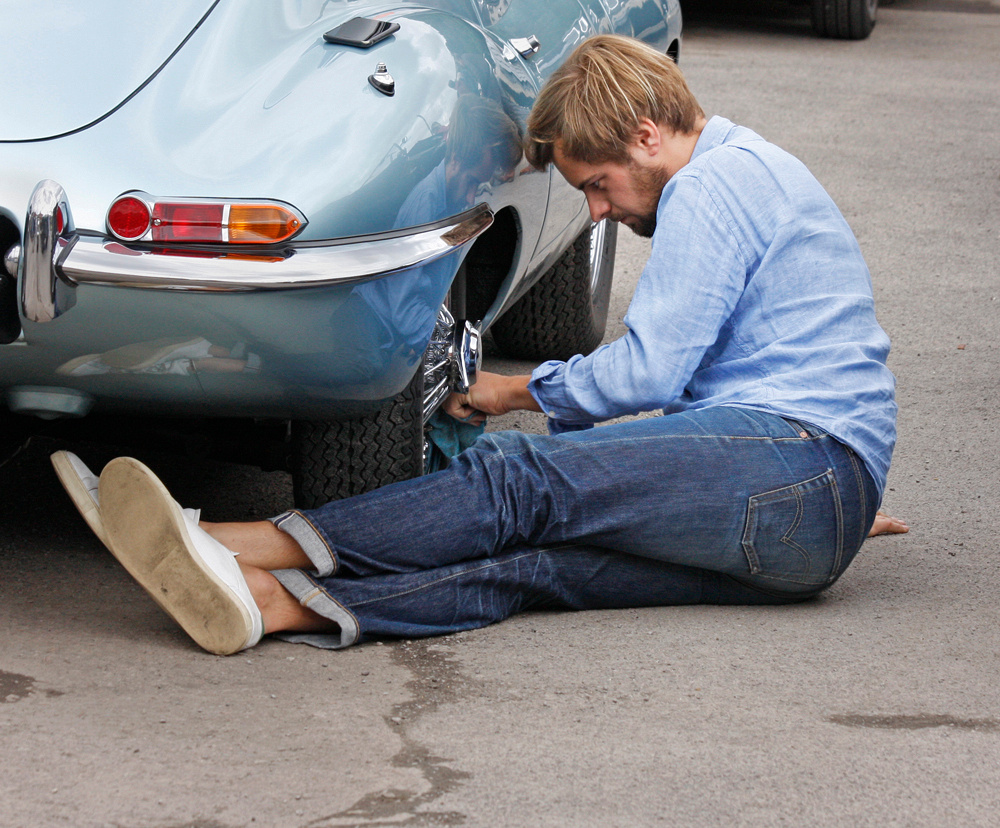 The third element, the Concourse, obviously requires much polishing, and last minute dusting was the order of the day. 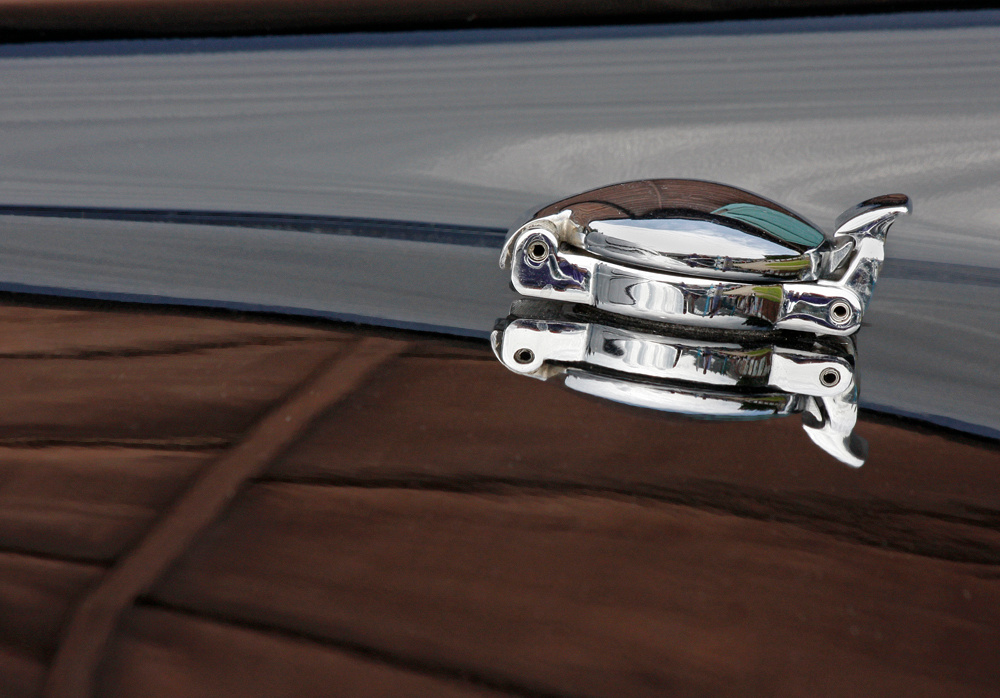 Anything that should be shiny does in fact need to be very polished. 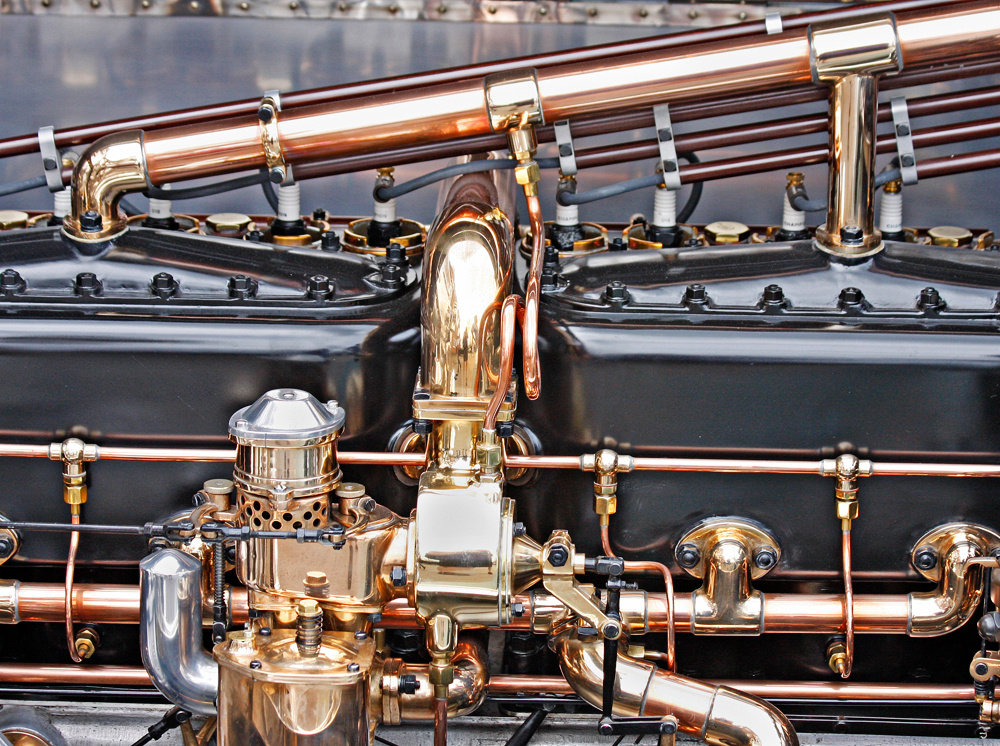 Even under the bonnet has to be prepared with much care and skill.

​A great weekend of classic motorsport, which I thoroughly enjoyed. Many thanks to all those that worked to make it happen, and special thanks to the owners of the machinery for bringing them out and using them as they should be used.